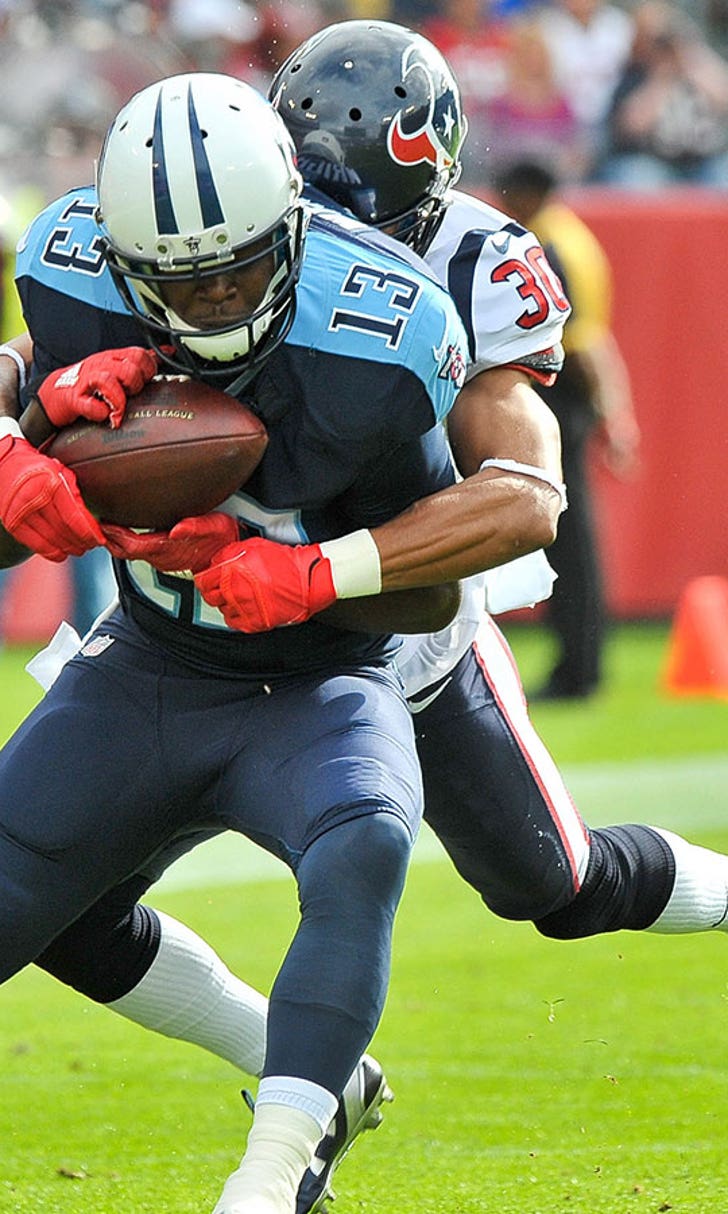 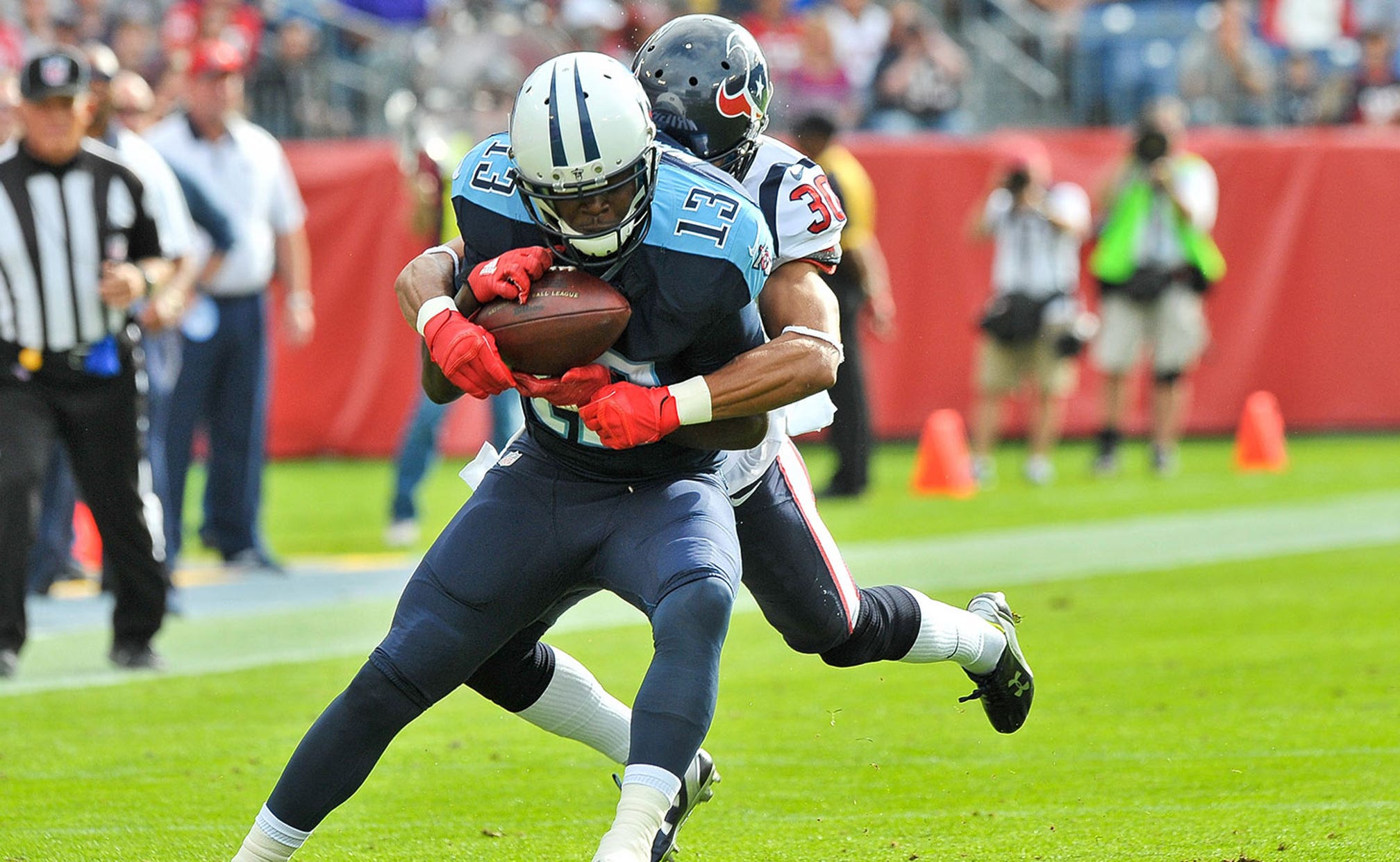 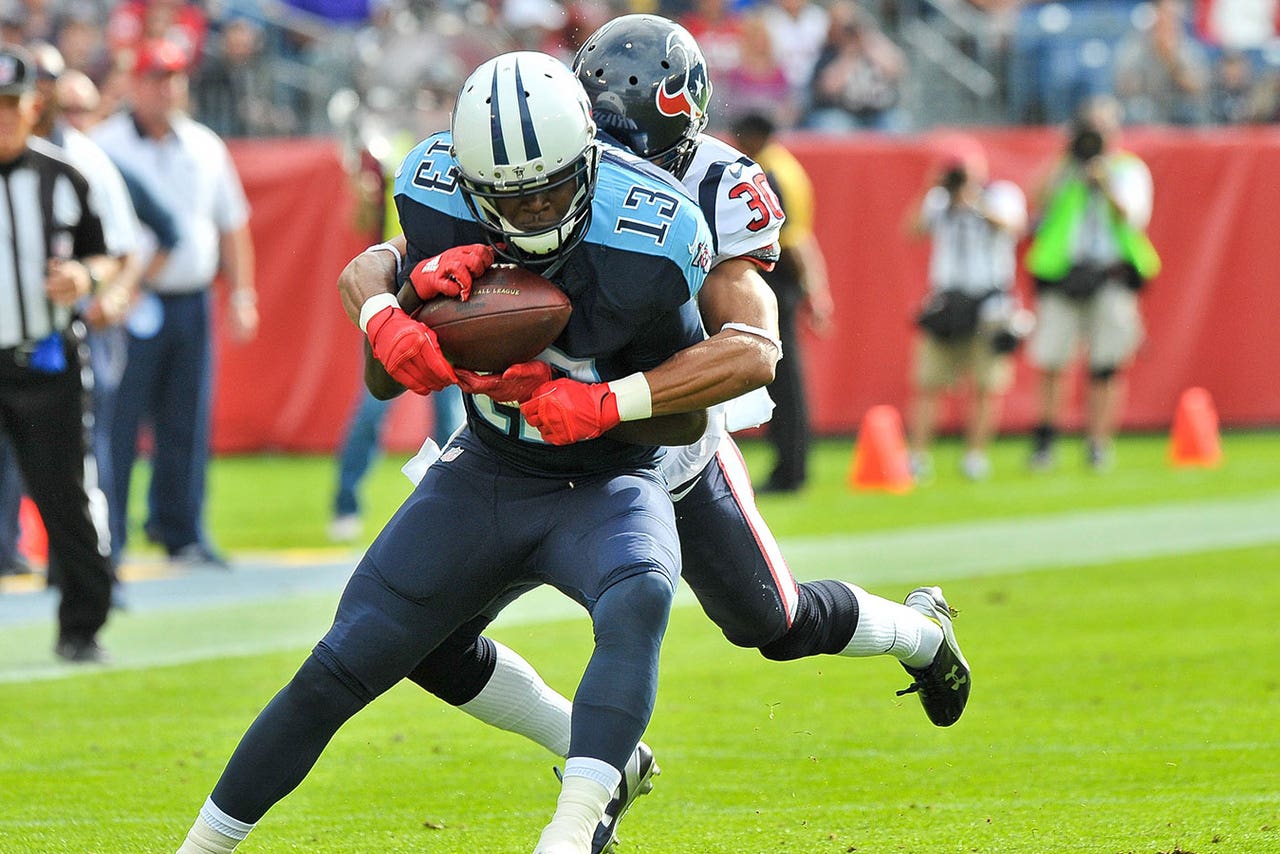 The Tennessee Titans were without a pair of key contributors for much of Sunday's 34-6 loss to the Houston Texans, as wide receiver Kendall Wright and left tackle Taylor Lewan both left the game after suffering injuries.

Wright, who left in the first quarter with a knee injury, said after the game the injury was similar to the sprained MCL that kept him out of three games in November.

Wright caught three passes for 18 yards before exiting. The four-year veteran was playing in first game back after missing the previous two contests with a rib injury.

Lewan left Sunday's loss in the second quarter with a possible concussion. He was replaced at left tackle by starting right tackle Byron Bell.

Despite the absence of Lewan for much of the game, the Tennessee offensive line allowed just one sack.