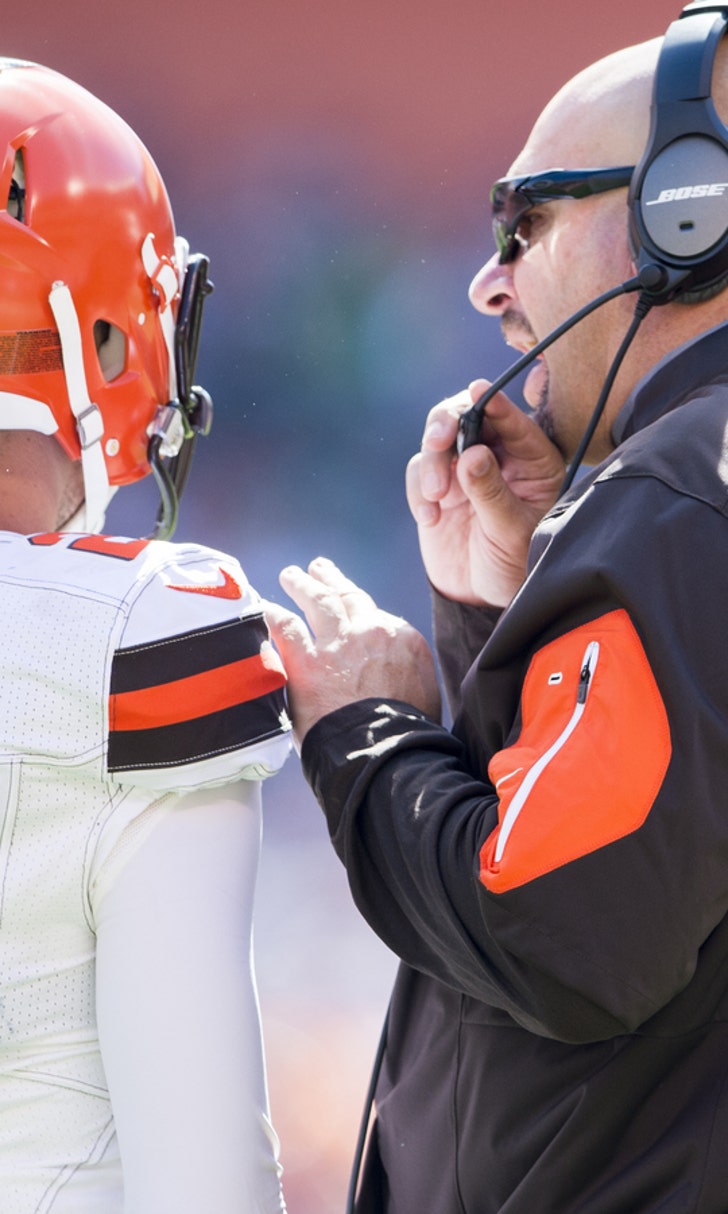 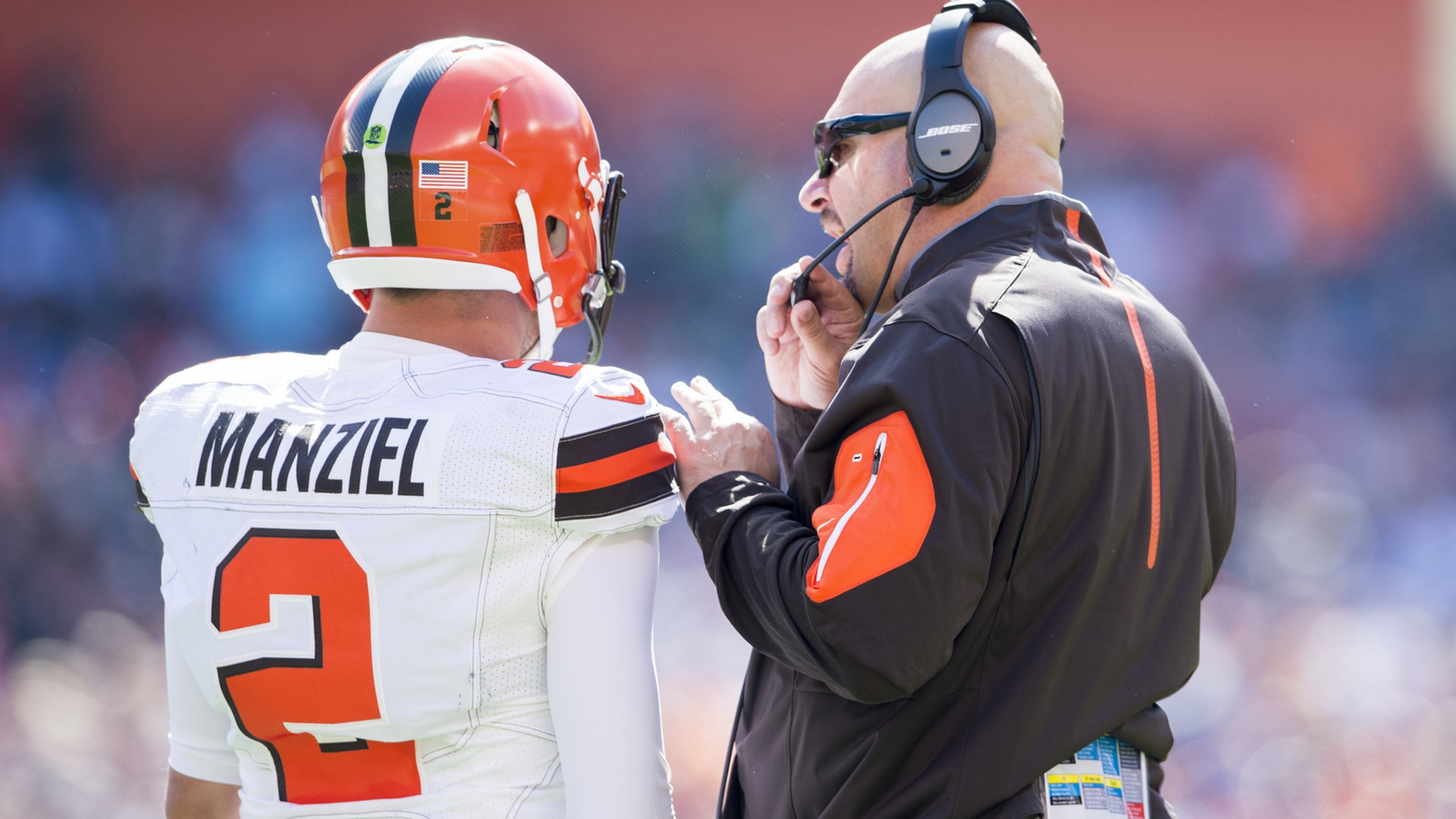 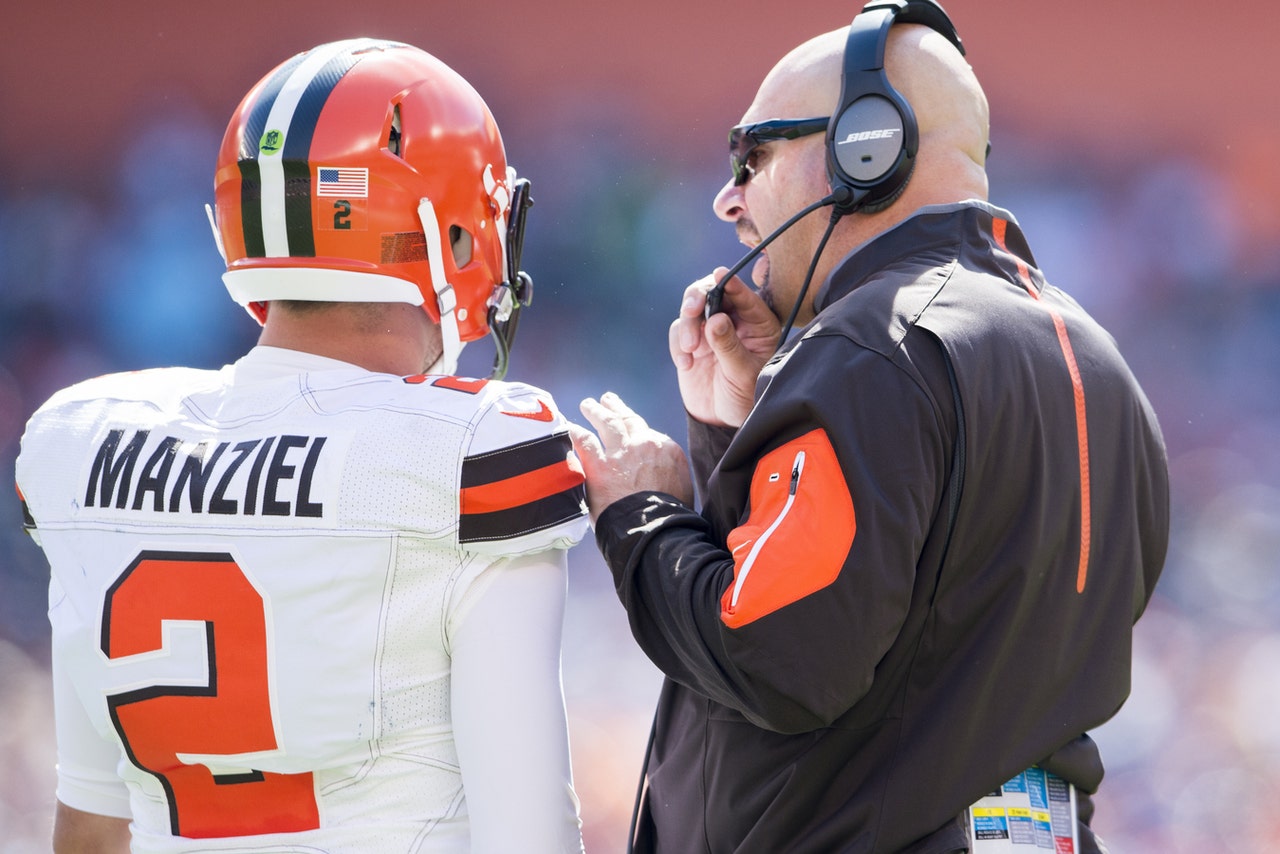 Johnny Manziel lost his starting job without getting to play a down.

The beleaguered Browns quarterback couldn't even make it through the bye week without drawing negative attention to himself, and it all came just days after he promised that he wasn't going to be a distraction as the team's new starter. Manziel had six games to prove that he could be the team's quarterback of the future, but now he has shown that he still might need more help off the field. Without that help, he may never get a shot at starting again in Cleveland.

Browns head coach Mike Pettine pulled the plug on Manziel's starting gig Tuesday afternoon, but didn't stop there, demoting him to third-string. Pettine said that Josh McCown would once again be the starter "going forward," beginning with Monday night's home game against Baltimore. McCown carved up the Ravens for a franchise-record 457 yards in Week 5's overtime victory in Baltimore, which also happens to be the last time Cleveland got in the win column.

Speaking of the Ravens (3-7), it was a bloody Sunday for them despite coming away with an ugly 16-13 win over St. Louis. Quarterback Joe Flacco suffered a torn ACL and MCL on the final drive of the game after running back Justin Forsett broke both bones in his forearm in the first quarter. Flacco was rolled up on by left tackle James Hurst, who subbed in after Eugene Monroe's shoulder injury in the third quarter. Baltimore was also without starting center Jeremy Zuttah, lost for the year with a pectoral injury, and left guard Kelechi Osemele (knee).

Flacco has started every game for the Ravens since entering the league in 2008. His string of 122 regular season starts will come to an end, the fifth-longest streak in NFL history. Only Eli Manning (177) and Philip Rivers (154) have longer active streaks of consecutive starts. Baltimore head coach John Harbaugh indicated that Flacco should be ready for training camp next summer.

Matt Schaub will now take over at quarterback, and based on his recent play in Oakland and Houston, the Ravens should start preparing to have a high draft pick in 2016. Schaub's contract may punish the Ravens a little more, as he stands to earn $500,000 for playing five percent of the team's offensive snaps, and another $500,000 if he gets to 10 percent, according to The Baltimore Sun.

Can the Steelers catch the Bengals?

It's now a two-horse race in the AFC North after back-to-back losses by the previously unbeaten Bengals (8-2). Considering Cincinnati's relatively soft schedule the rest of the way, the Steelers would practically have to run the table to have a chance at their second straight divisional crown. Both teams will play the Ravens, Browns, and Broncos, but a Week 14 clash in Cincinnati will go a long way in determining who comes out on top.

Here is a game-by-game breakdown of the Steelers' upcoming schedule, along with win probabilities for each of their remaining six games, courtesy of WhatIfSports. Pittsburgh's bye week came at just the right time as the week off gave quarterback Ben Roethlisberger some extra healing time for his injured foot. Unfortunately for the Steelers, the schedule makers gave them a trip to Seattle as a parting gift. The Seahawks haven't been their usual dominant selves at home this year, but their two losses have come to two of the best teams in the league (Carolina and Arizona). Plus the defending NFC champs will be looking to make a strong playoff push of their own at 5-5.

The Steelers will be looking for a clean sweep of the NFC West with victories over the Cardinals, Rams, and 49ers already.

After making it through the first 10 games relatively healthy, the Bengals will soon put their first significant contributor on injured reserve after cornerback Darqueze Dennard suffered a season-ending shoulder injury in Sunday night's loss in Arizona. Besides Dennard, the Bengals have just four players on their various reserve lists, but are expected to be getting one back in first-round offensive tackle Cedric Ogbuehi. For comparison's sake, the Steelers have 17 (including Pro Bowlers Le'Veon Bell and Maurkice Pouncey) while the Ravens have 16 with two more on the way (Flacco and Forsett).

Health has been a big reason for the Bengals' success. They'll get the Rams next, and will undoubtedly be happy to play during the day after three straight prime-time games. There are still two more night games looming against the 49ers and Broncos, although the Week 15 date with the 49ers may be in danger of getting flexed out by the league. Andy Dalton and his 4-9 prime-time record probably wouldn't be mad.