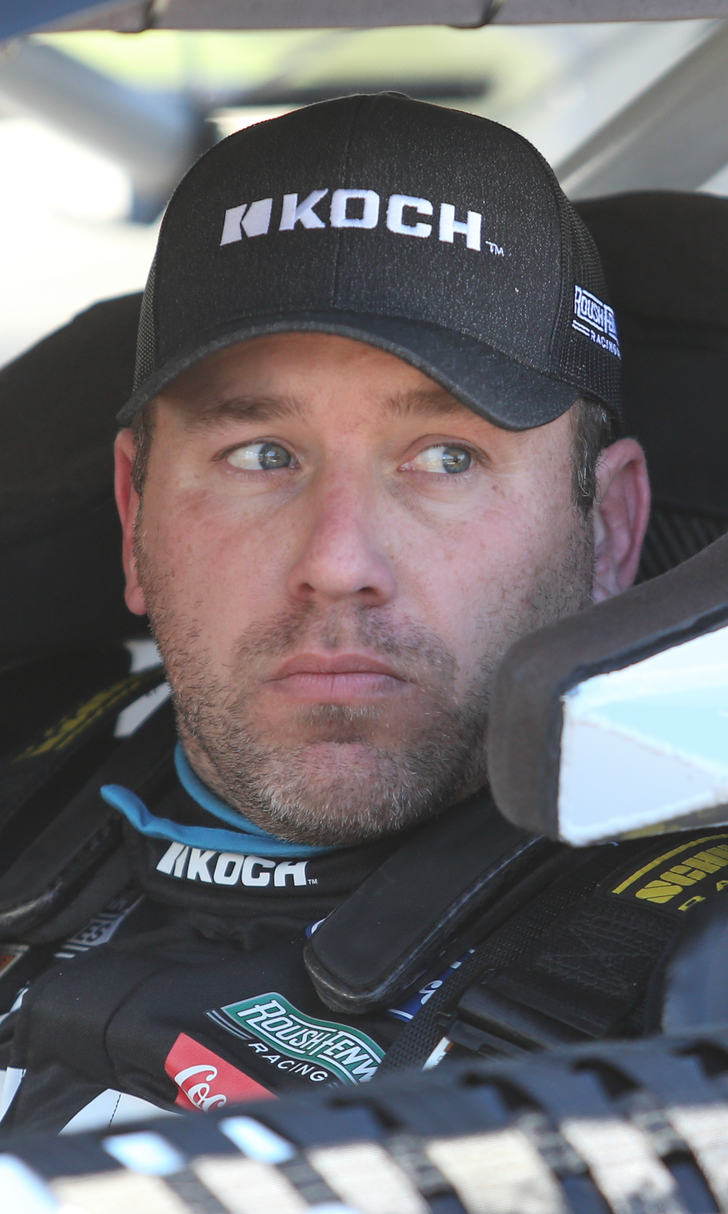 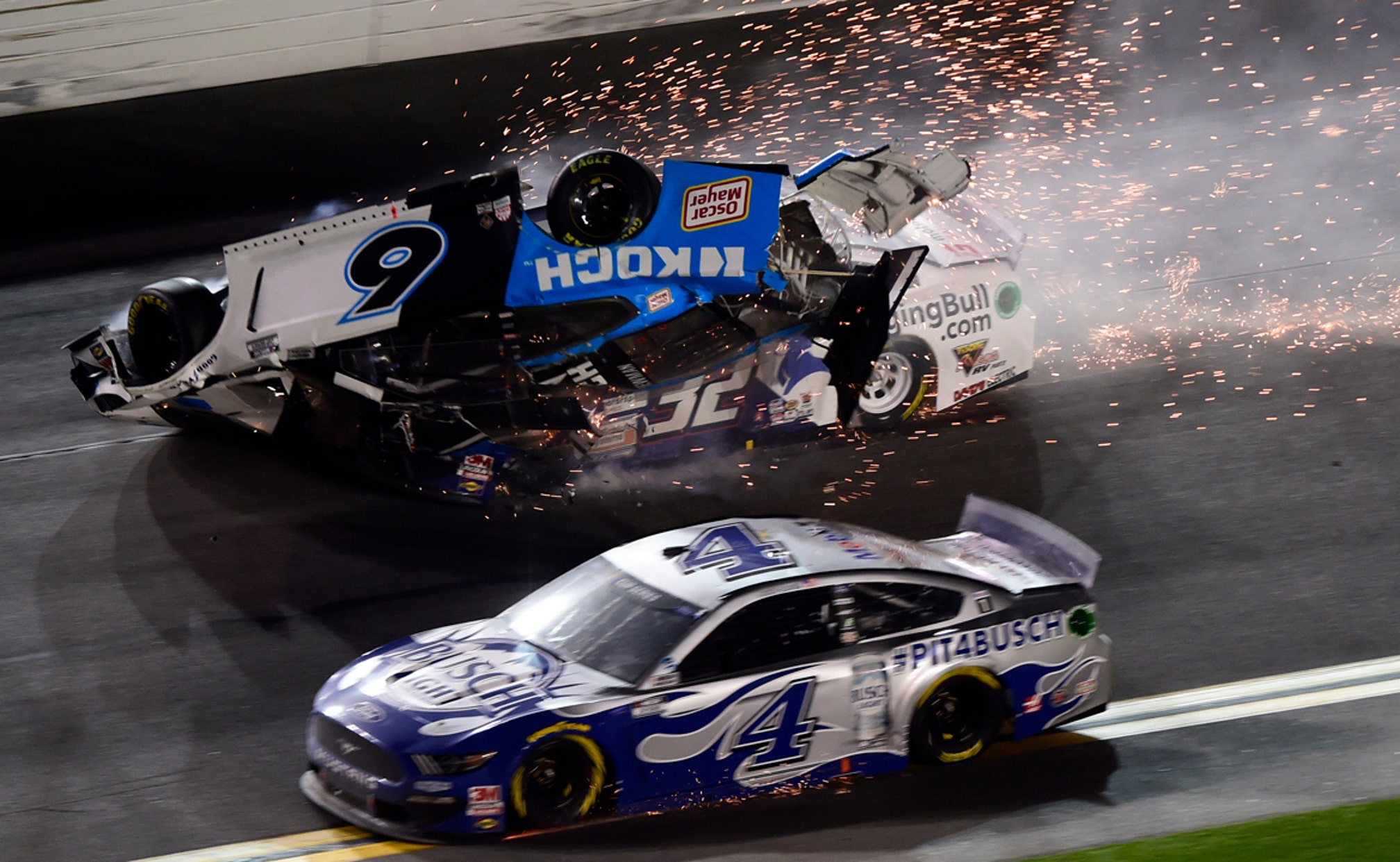 Why Today Means Even More

Ryan Newman doesn’t remember what happened on that chaotic final lap of the Daytona 500, but everyone else in stock car racing does — plus millions of others who found footage of the terrifying wreckage cross their vision and instantly freeze them to the spot.

As NASCAR’s grandest event came towards its action-packed conclusion, Newman’s Roush Fenway Racing No. 6 was nudged from behind by Ryan Blaney, then blasted into the wall just beyond the start-finish line. It flipped upside down, then was smashed into by Corey LaJoie, who was blinded by the smoke and could not slow his vehicle.

The second impact lifted Newman’s car into the air again, and when it landed, it skidded down the track on its hood, fiery sparks shooting out into the Florida night, before stopping with fuel gushing dangerously near to the existing flames.

It caused track officials to put up screens as they winched Newman from the vehicle. It prompted FOX to not show him being taken out for reasons of sensitivity. It precipitated Newman’s hasty transit to Halifax Medical Center, the same hospital where Dale Earnhardt was officially pronounced dead on one of motorsport’s darkest days in 2001.

Newman was placed in an induced coma. The collision caused bruising to his brain. Heart-wrenching photo of him holding his two young daughters circulated, hauntingly, on social media.

It all took place less than three months ago. And Ryan Newman is racing this weekend.

Thus, as NASCAR starts its engines and gets its Cup Series back underway on Sunday at Darlington Raceway, it has an extraordinary feel-good story to go along with it.

The appeal of any elite motorsport is the ability to marvel at the skill, precision and utter fearlessness of its top competitors. As they marshal vehicles capable of outrageous speed, drivers negotiate countless factors and thread the narrowest of gaps and racing lines.

It is exhilarating spectacle, and, of course, the inherent danger and how drivers tackle it is part of it all. How drivers do what they do is a good enough question in its own right. How they can even think about doing it again after suffering something like Newman went through simply boggles the mind.

Not only is Newman back, but he is rated a +2500 shot to win it at Darlington, squarely in the middle of the pack, odds that would have been shorter had he not drawn 21st position in the randomly allocated starting grid. (This weekend’s race will have no qualifying, hence the start line lottery.)

“Everything aligned perfectly for me to be alive and here with you today,” Newman told reporters on Thursday. “There were multiple miracles that aligned for me to walk out days later with my arms around my daughters.”

NASCAR is far safer than it used to be. There have been no fatalities since Earnhardt in 2001, with measures such as head and neck restraints, enhanced seatbelt systems and energy absorbing barriers having served their purpose. Somehow, after we had all held our breath watching Newman’s carnage, and despite his helmet having been crushed on impact, he did indeed walk out of the hospital under his own steam.

He was on site at Phoenix Raceway on Mar. 8 for the FanShield 500 and was spotted walking around pit lane, and undertook testing at Darlington in mid-March. If not for the shutdown caused by COVID-19, he would have been back racing before now.

“Everybody was relieved when they saw him walk out of the hospital and to see him at Phoenix,” FOX Sports NASCAR expert Bob Pockrass told me in a telephone conversation. “He walked around and talked to a lot of people. People have therefore known he was okay for a while, so they have been used to the fact that he could soon be back racing. For the drivers, the emotional part of it has already been felt.

“But, in the industry as a whole, people are not immune to the danger, even though they don’t have to deal with the consequences of it as much as in the 1980s and 1990s. Everyone is happy to see him back.”

Newman’s return is the heartwarming story of a weekend that promises to be electrifying and unpredictable. NASCAR diehards are deeply intrigued as to what they are going to see on race day, due to the necessary precautions that have been taken.

“Having been inside the sport, following it every week, you are more pegged on the drama of everyone going into turn one with no practice, no qualifying, no tire rubber on the track,” Pockrass added. “It will be about who has prepared the best, who reacts the best. In a broader view, everybody in the industry recognizes that this is an opportunity to appeal to new fans; they do feel it is important to have a good race, and to show you are taking the safety precautions.”

The amount of money wagered on the upcoming NASCAR races will also be of interest. NASCAR has historically generated lower gambling interest – for example, the last time there was a Cup race in Dover, Delaware’s entire NASCAR handle was still less than 2 percent of the state’s overall sports betting number, Pockrass said.

However, as UFC 249 showed last weekend, bettors that have been starved of action are keener than ever to make sporting wagers.

There will be no shortage of horsepower-related action in the coming weeks. NASCAR surges back onto our screens starting Sunday at 3:30 p.m. ET on FOX, with seven Cup races in 25 days — two at Darlington on Sunday and Wednesday, followed right away by two more in Charlotte.

Drivers will face difficulties they have never had to contend with before, such as limited access to their team, no sight of the track beforehand, and no qualifying. Some will surely flounder amid the fresh challenges, yet others will adapt and thrive, producing worthy memories in what is by its very existence amid these unprecedented times, a historic race.

Talk to people within the sport and everyone has a vague idea of what to expect yet, more than anything, a general acceptance of this underlying concept: that anything is possible.

It is indeed. Ryan Newman already showed us that.