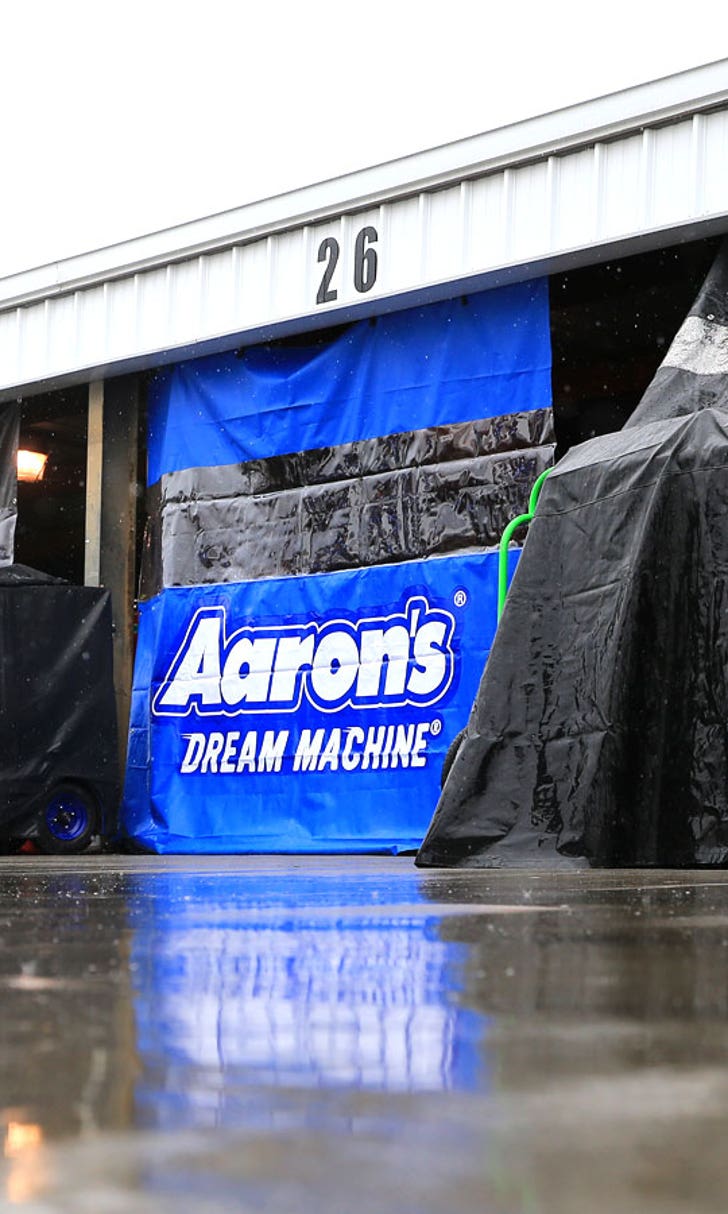 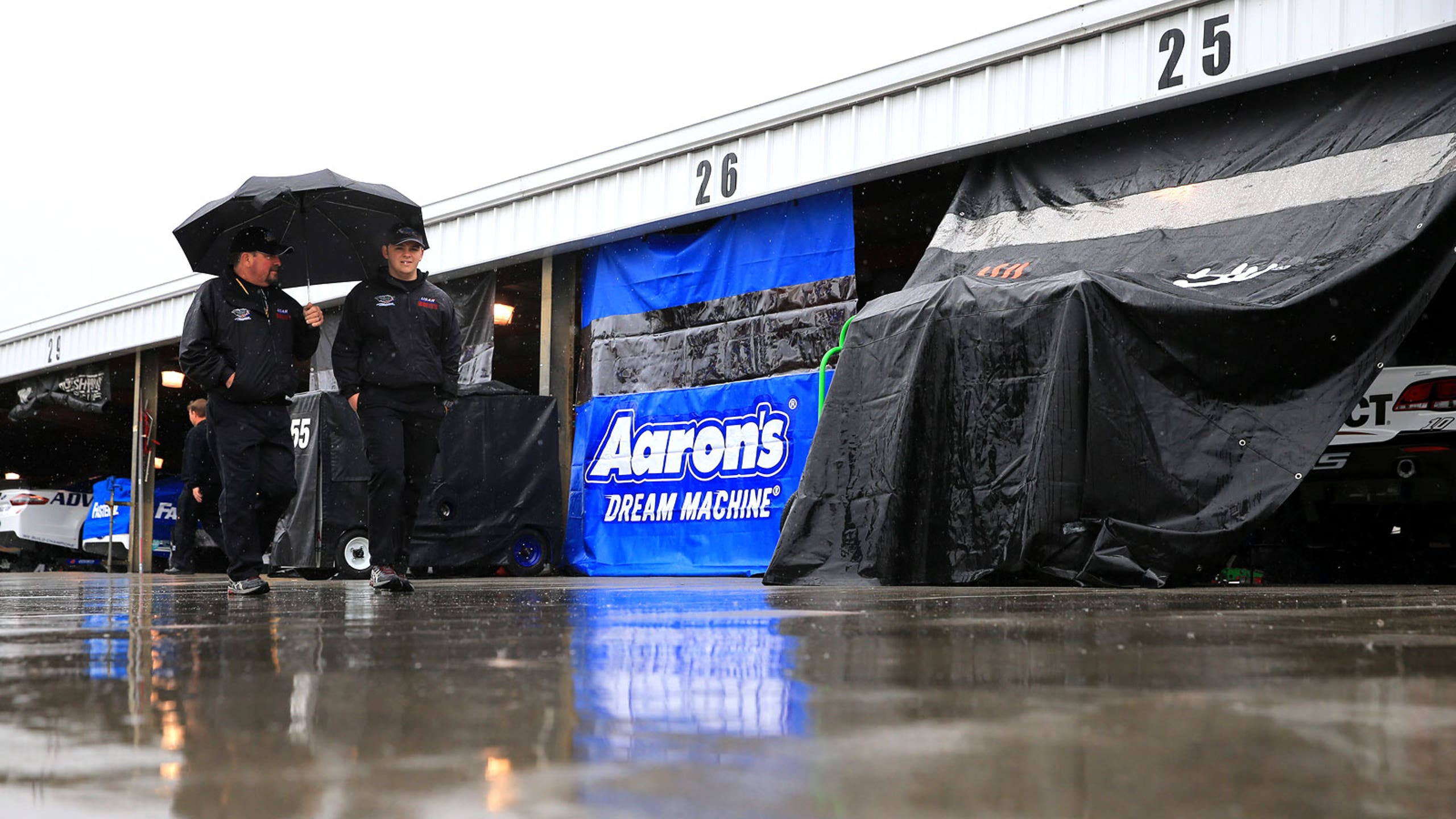 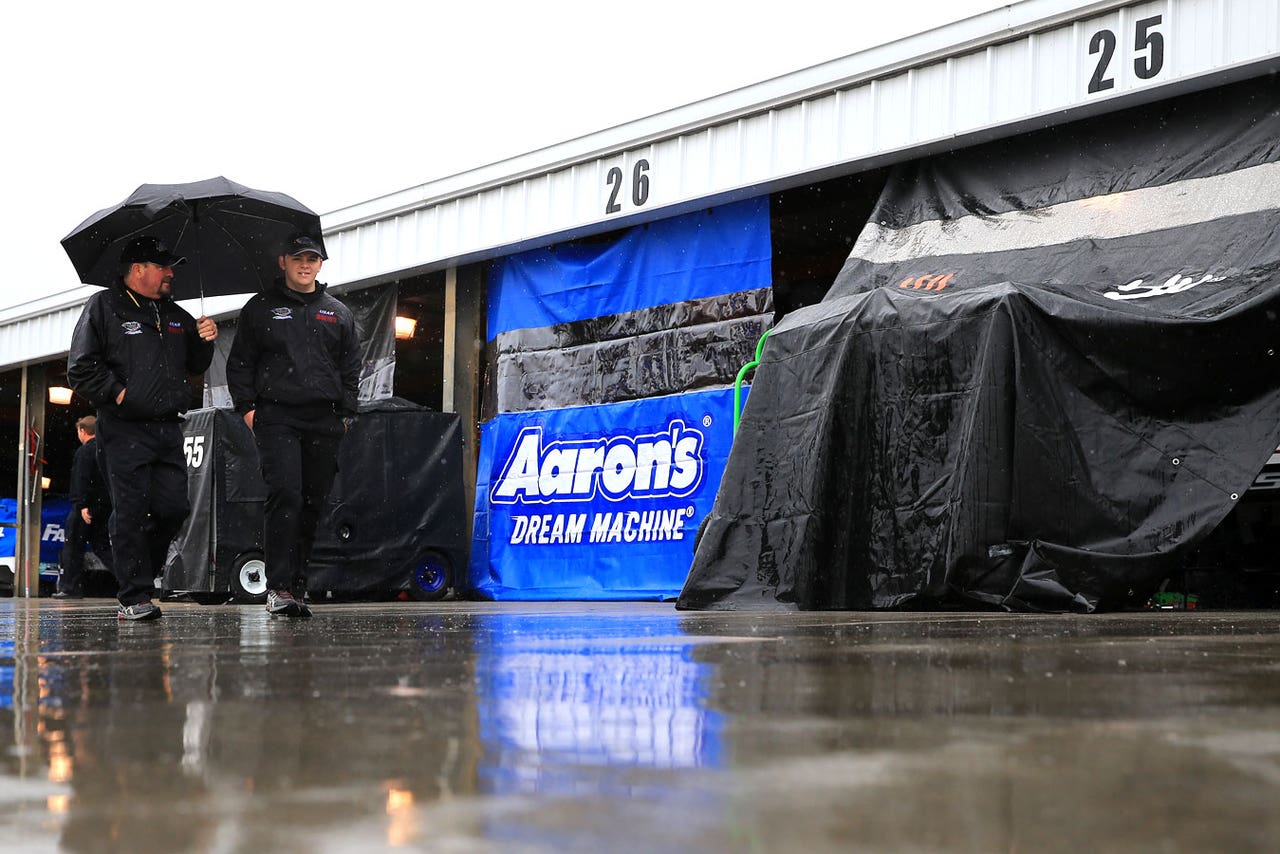 However, steady rain at the track earlier in the day had tapered off significantly by noon ET Sunday, and according to weather.com, the forecast calls for no better than a 15 percent chance of precipitation until 3 p.m. ET when the chance of rain goes up to 40 percent.

The green flag for Sunday's opening race of the Chase for the NASCAR Sprint Cup Eliminator Round is set to wave at 1:28 p.m., and everything is on schedule after NASCAR's Air Titan machines were able to dry the track.

Martinsville Speedway does not have lights, a factor that could force the race to be continued on Monday if the rain returns.

To be considered an official race, drivers must complete 251 of the scheduled 500 laps.

Unfortunately, Monday's forecast for Martinsville is worse than Sunday's, as there's a 100 percent chance of rain.

While rain has played a role in numerous events this season, only two races -- the Richmond spring race and last month's race at Charlotte -- have been postponed a day because of weather.

Continue to follow FOXSports.com for all the latest weather updates on Sunday's race.