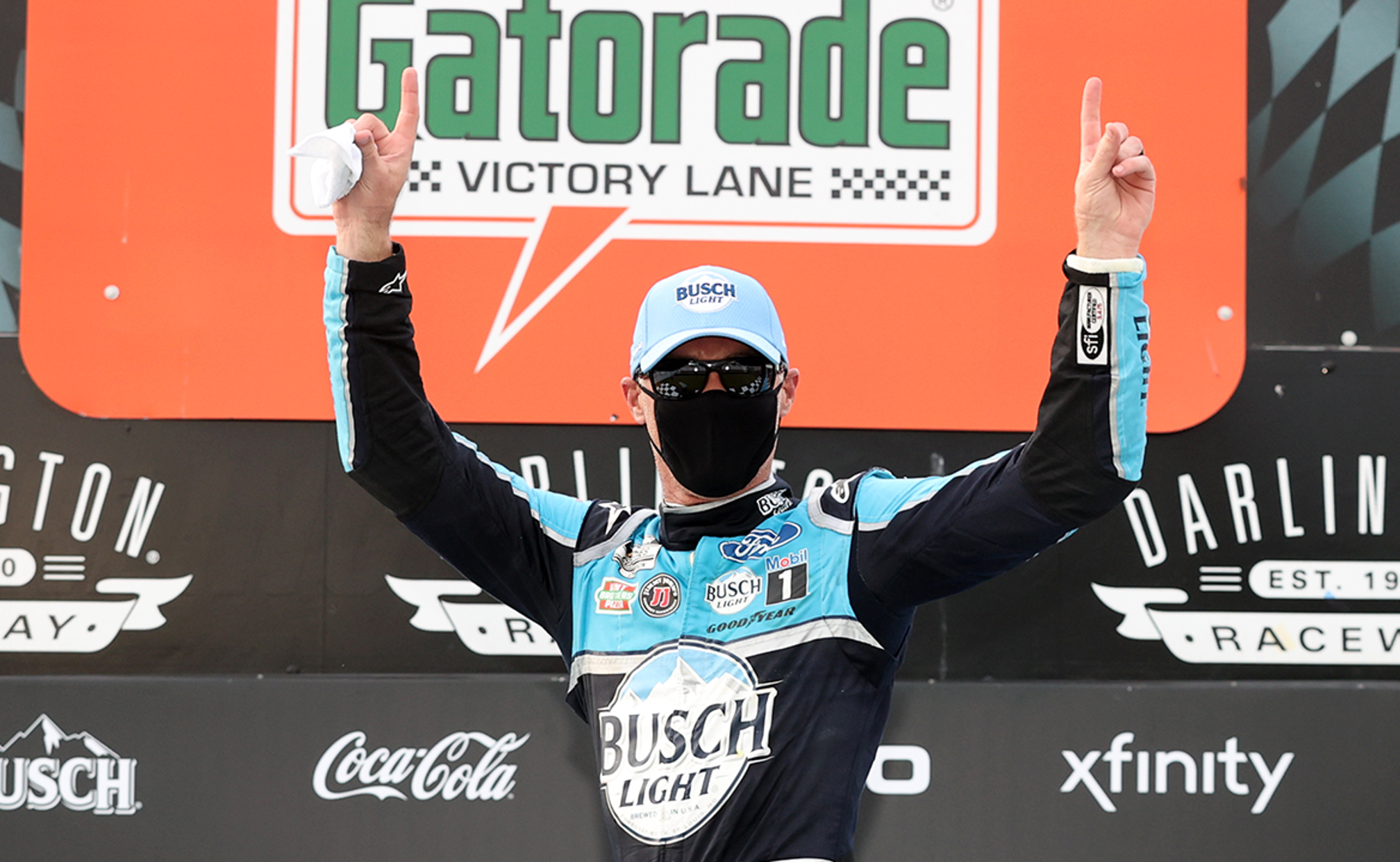 And now, the NASCAR industry waits.

It will race again Tuesday with the Xfinity Series. And then again Wednesday with the NASCAR Cup Series, both events at Darlington Raceway.

But over the next couple of weeks – including a string of four races in four days starting May 24 at Charlotte -- the true answers to whether NASCAR’s safety protocols were enough will be known.

NASCAR didn’t test for the COVID-19 virus any of the approximately 900 people on site Sunday at Darlington Raceway for its first event in 10 weeks after the pandemic shut down the sport. NASCAR had participants and officials fill out forms stating whether they had ever had a positive COVID-19 test and if in the last 14 days they were around anyone who did. Anyone with a temperature of over 100 degrees — everyone had their temperature taken prior to entry -- had to meet with medical personnel on-site to determine whether they could enter following additional screening for heart rate, pulse and oxygenation.

NASCAR also had temperature sensors inside the facility that could randomly check to see if anyone was running a fever. It did not test, however, with no ability to have rapid tests (24-hour tests wouldn’t have done much good, they said) and the philosophy the tests need to go to the sick people who need them.

No one was denied entry at the screening area.

“I know our doctor at the check‑in cleared everybody and was 100 percent confident we were in a good place to go racing,” NASCAR Senior Vice President Steve O’Donnell said.

Now in the days afterward, NASCAR is asking those who were at the track to monitor their temperatures. If someone does end up testing positive for COVID-19, NASCAR hopes that they kept the garage separated enough that a minimal number of people will have to quarantine for 14 days.

If it’s a driver, that driver will receive a waiver to still be eligible for the playoffs despite missing races. If it’s a road crew, they will all have to be replaced for the next event. The teams submitted rosters that included backups for all positions in case they were needed.

“The teams are all aware of what they need to do,” O’Donnell said Sunday night. “Most if not all the teams have a road crew that is separate. ... The drivers [and crews] will be in the same boat: Self‑isolate.

“Anyone will report any symptoms to us. Through the [team] roster, we'll be able to track that.”

NASCAR had teams roll their cars off the haulers and go through tech and then put their car on pit road. So teams never even used their garage stall unless they didn’t pass tech. The pit crews were told only to go to the haulers to get equipment and change and try to avoid interaction with the road crew, if possible.

Drivers went from their motorhomes to their cars and back. They barely, if at all, interacted with their pit crews.

“Pulling in, the way it was operated outside the race track coming in, the amount of detail that was in all that – I was kind of blown away by it.”

At one point during the race telecast, the spotters appeared to be a little closer together than they should have been. While it might have been a bad camera angle, the optics weren’t good.

“There were two spotters standing next to each other out of the group,” O’Donnell said. “We asked them to move apart from each other, and they immediately went with that direction.

“All in all, I think it was a great day with the industry going by all the standards we put in place – very happy with how they conducted themselves throughout the event.”

And still, it’s easy to wonder will that be enough? The UFC tested every one of its athletes prior to its first night of bouts.

“Well, I’m not going to get punched in the face by anybody else or be put in a head lock or be directly in contact with any of my other competitors, so I think it’s a drastically different situation,” said Darlington winner Kevin Harvick, whose management company represents some of the top UFC fighters.

“When you look at the guidelines of entry and exit and temperature checks during the week, and all the logs and things of where people are and who they have interaction with, I think we have done what we need to do from what fits our sport the best," Harvick added.

There also is no NASCAR “bubble” – everyone is driving personal vehicles to the track each day. Unlike some sports leagues that are thinking about keeping everyone in a centralized site, that is not NASCAR’s modus operandi.

“I don’t think the back and forth should cause a huge issue because I think everyone is going to be pretty separated in their cars, iin their personal vehicles and things like that,” said Team Penske driver Ryan Blaney. “You can only hope.

“That’s what you hope for. At the end of the day, you just have to be smart about everything and be as safe as you can. NASCAR has been doing a good thing, I think, to keep it that way.”

And what if someone tests positive?

“I don’t think that would shut us down by any stretch right now,” said Joe Gibbs Racing driver Erik Jones. “It’s a day by day thing though. It’s very fluid. It changes by the day.

“We get different updates each day as things progress and move forward and how things are working and going. I know we’re all hoping for the best and hoping that we all stay safe and follow the protocols and nothing will go wrong. We’ll kind of have to see how it goes.”

NASCAR hopes it goes well. NASCAR co-owner and CEO Jim France did not go into the garage. He is 75 years old, and NASCAR’s recommendations to teams was that anyone 65 and older not attend.

France spoke briefly over the public address system to the crews after the garage opened to thank them for their work. O’Donnell indicated it was important for France to be there despite being in the age group that is considered more at-risk with COVID-19.

“He's our chairman and CEO,” O’Donnell said. “He went to the PA outside of the track, was never in the infield, for one sole reason: That was to thank the entire industry for all the work for getting us where we were together.”

And it seems, at least as of Sunday night, everyone seemed satisfied.

“NASCAR made some really hard, tough decisions that brought together a lot of different stakeholders and found a way to make this happen and make this race weekend happen in spite of a lot of obstacles,” said Team Penske driver Brad Keselowski.

“Because of that, I think NASCAR is going to come out OK. The sport will come out OK. This was a really big moment for the sport to be able to pull this off.”

Brett Moffitt, the 2018 Gander RV & Trucks Series champion, didn’t miss a race despite breaking both of his legs in a motocross accident on March 14. NASCAR cleared him to race last week, and he not only will return to his full-time seat in a truck at GMS Racing, he continues to drive an Xfinity car for Our Motorsports.

Trucks: Bounty on or off?

Kyle Busch will compete in the truck race May 26 at Charlotte Motor Speedway. Does that mean the bounty is still on? Well, Kevin Harvick had pledged a $50,000 prize (matched by series sponsor CEO Marcus Lemonis) to any Cup competitor who can finish ahead of him. Once it is clear who might enter to compete against Busch, a decision will be made on the bounty.

“Nothing bad happened. They pulled this thing off and it feels a little like a Christmas miracle. The people that worked so hard to do, ... they made this weekend happen when it would have been really, really easy to just say, ‘We will wait for the NHL, NFL or NBA to be the guinea pigs.’ They didn’t take that attitude and I have a lot of respect for them making that decision.” – Brad Keselowski