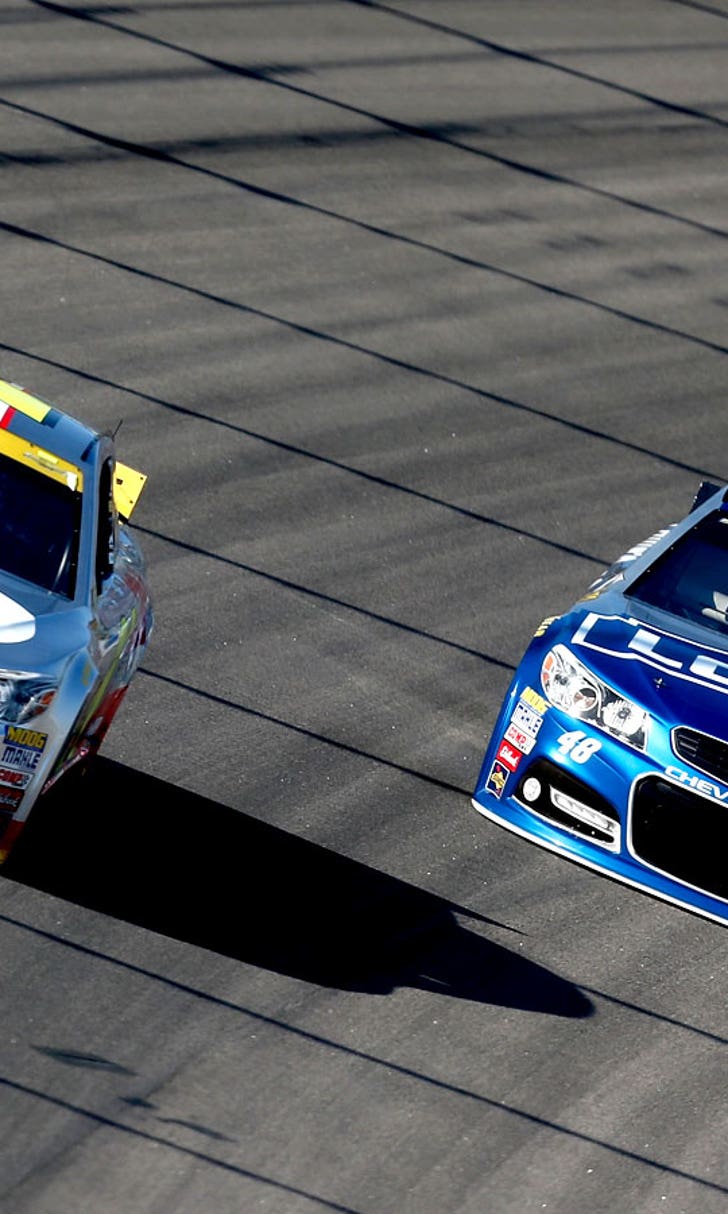 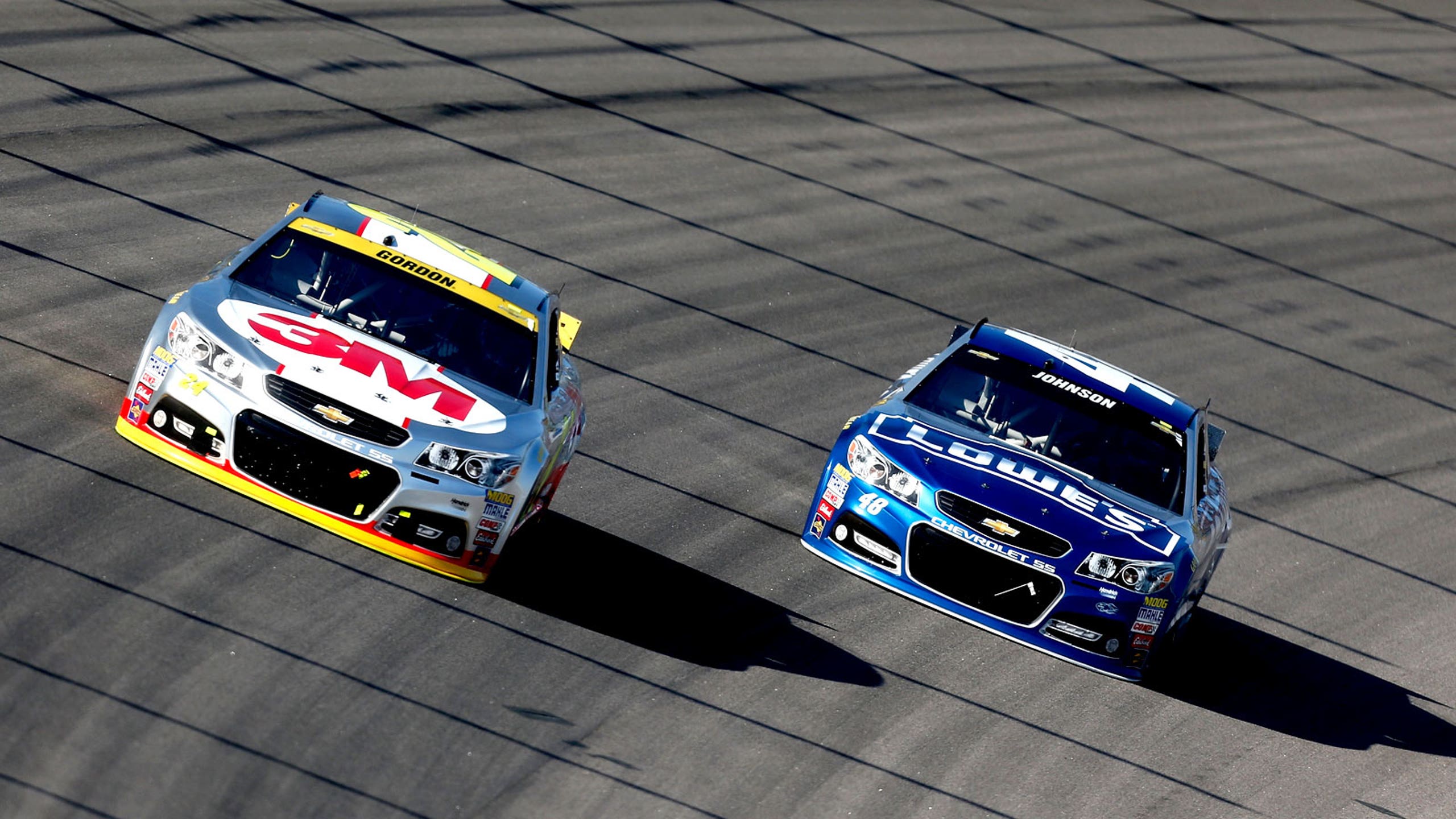 Time to swap one Hendrick driver for another in Chase projection 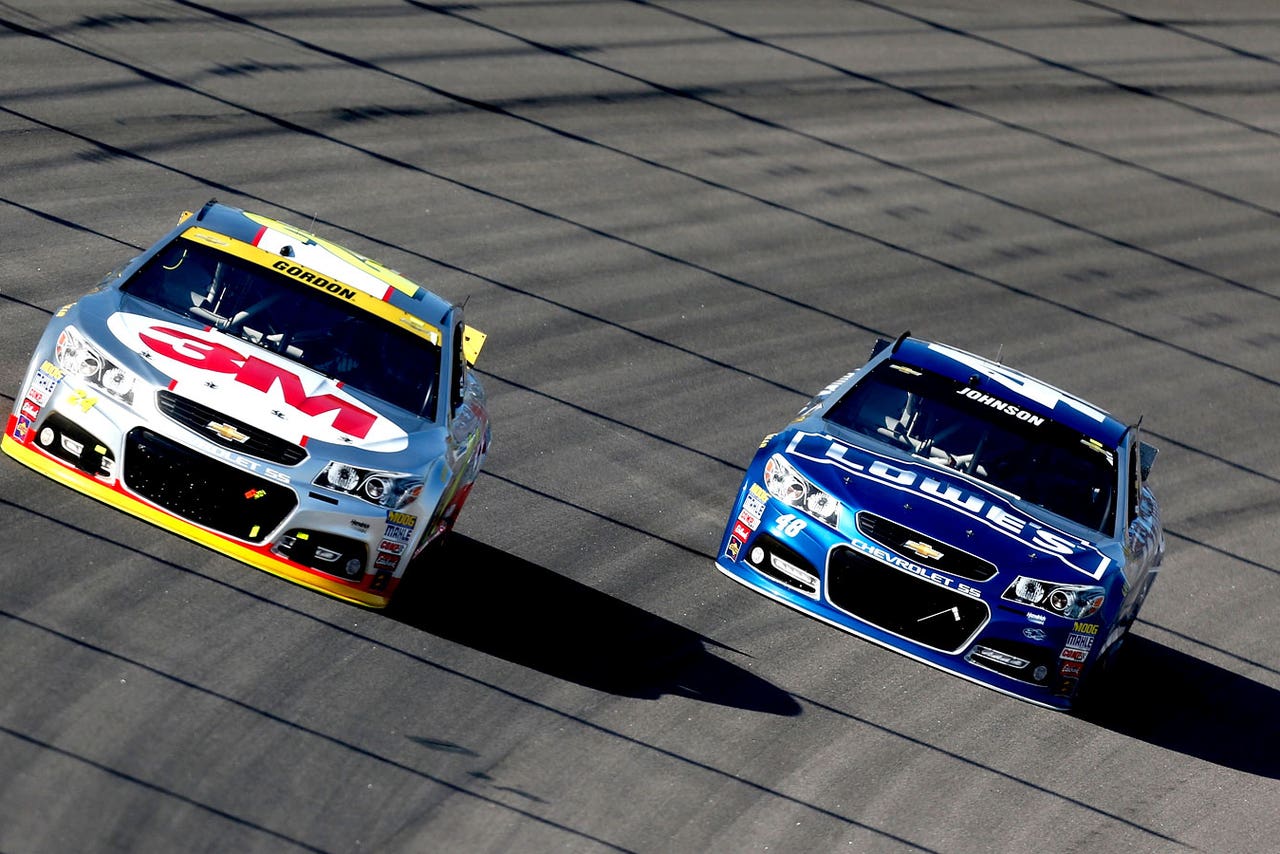 I'll be straight up honest with you: when I filled out my bracket before the 2015 NASCAR Sprint Cup Chase started, my final four going into the Homestead consisted of defending champion Kevin Harvick, Joey Logano, Kyle Busch and Jimmie Johnson.

The reason I added Jimmie was because of my belief that after he and crew chief Chad Knaus got those wins earlier in the year, I thought hey started experimenting some and playing a little bit of possum with the rest of the competitors.

Who would have thought that a mechanical failure of a part that cost $5 or $500 at Dover would cost Jimmie the chance to move on? But that's what happened, so obviously he is no longer a contender for the championship.

There have been so many surprises in this Chase so far that I feel fortunate to still have at least three of my four finalists still in contention. I guess my biggest challenge now is to figure out which one of the remaining five drivers will take that fourth spot on my bracket.

I've been looking very favorably at the No. 41 of Kurt Busch being that pick, being as consistent as he's been.

But I just have to tell you when you stop and break down the numbers, Carl Edwards has come out of nowhere. What he has been doing of late in this Chase will turn your head.

Quite honestly, the other one who has come to life all be it in the Chase when it really counts is Jeff Gordon, who we all know is in his final year behind the wheel. That one has me scratching my head simply because earlier this season, I had real doubts based on how he was running and the bad luck he experienced, whether he would even make the Chase, let alone get this far deep into it.

The other one to consider is a former NASCAR champion and of course I am talking about Brad Keselowski. So with he, Kurt, Carl and Jeff I have four that are vying very heavily for my fourth and final spot for Homestead. I think what comes out of Martinsville on Sunday will really go a long way in determining to me who I should pencil in for that fourth position.

Just so we're clear, I'm not discarding Martin Truex Jr, but I just haven't seen the strength out of that car of late like we have seen the earlier part of the season. The reality is it's just going to get tougher and tougher these next three races leading up to the season finale at Homestead.

I know we talked about how last year was the greatest Chase we have seen. But to me, these drivers and teams have elevated their game from a year ago. To me, this has been the toughest Chase in the history of the Chase format in NASCAR.

With all that said and it being Martinsville weekend where he has won something like eight times, I'm going to give the nod to Jeff Gordon to pull off the win and become my fourth name in my Homestead bracket.