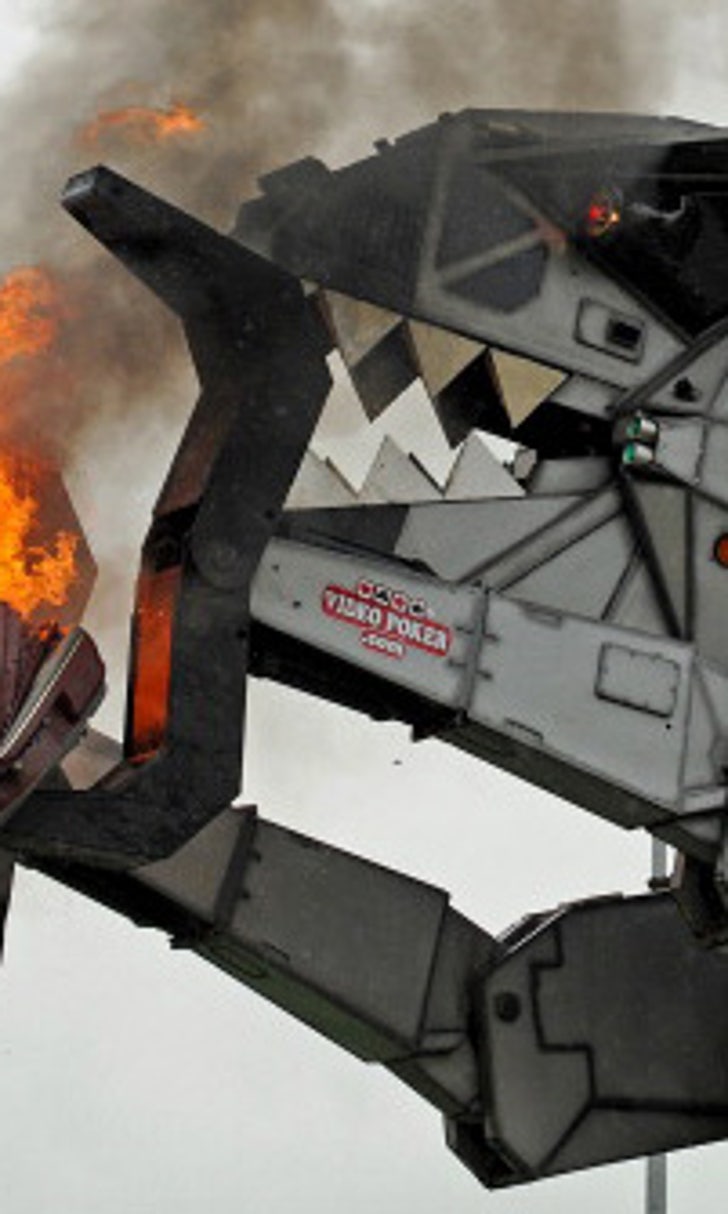 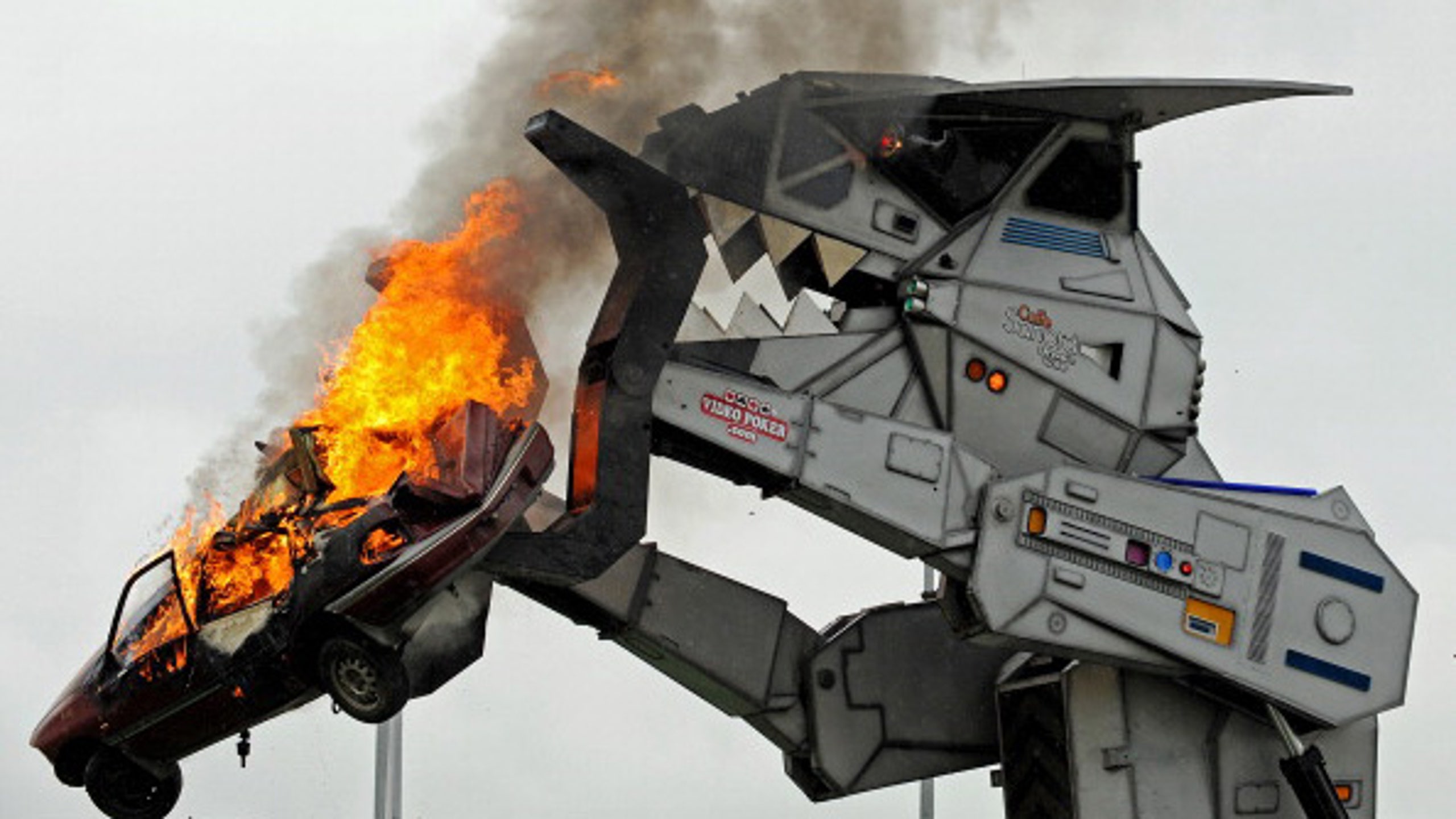 Robosaurus, the 30-ton, 40-foot-tall car-crushing monster, is back 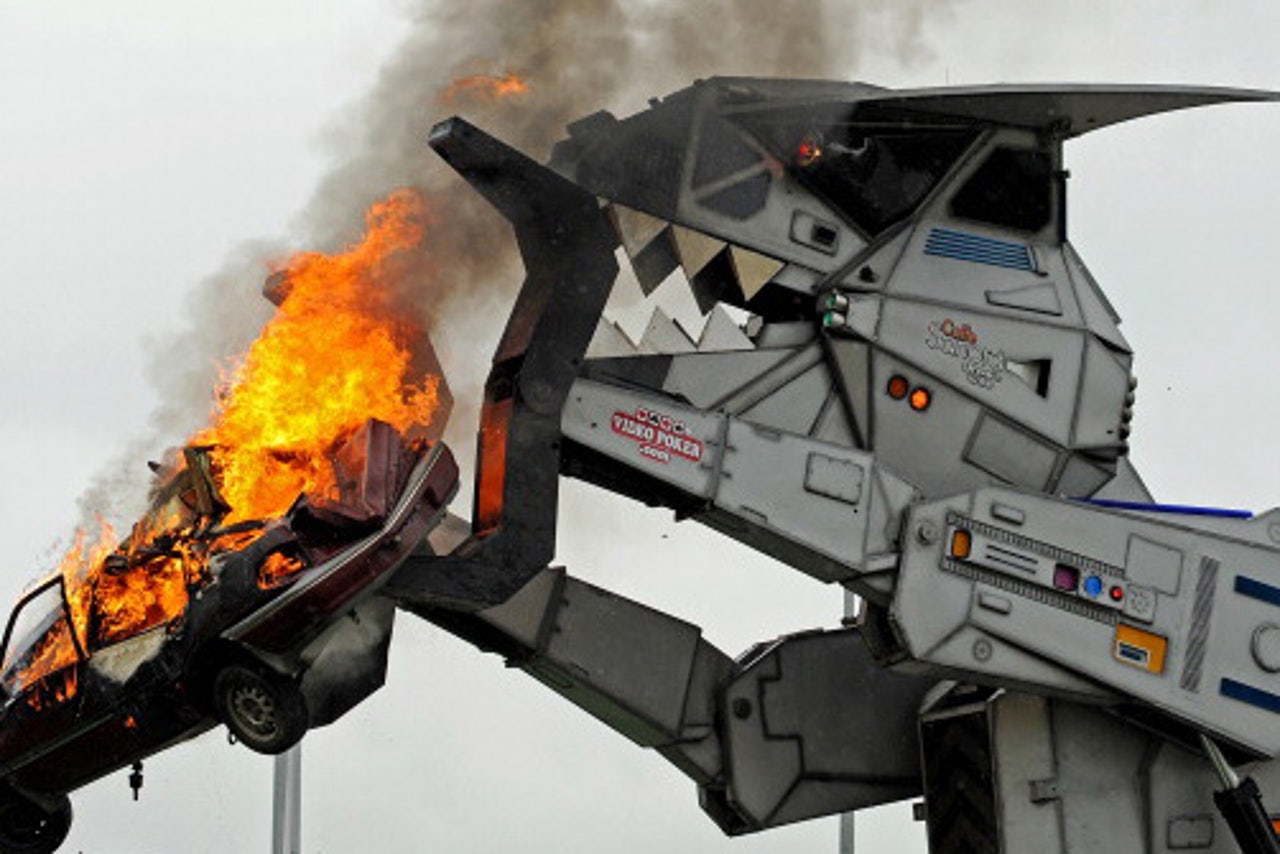 Remember Robosaurus, the 30-ton, 40-foot-tall, fire-breathing, car-crushing monster? It's back.

Track officials say Robosaurus has 28,000 pounds of biting force per square inch, which allows it to wreak havoc on cars it destroys.

"The transforming T-Rex has life-like movements generated by a pilot that sits in the cockpit in the robot's cranium," the track said. "Each of the pilot's arms is placed in a cuff-restraint system. When the pilot moves his arms and shoulders, Robosaurus' arms and shoulders move as well. Finger controls open and close its claws while foot pedals steer the mechanical beast."