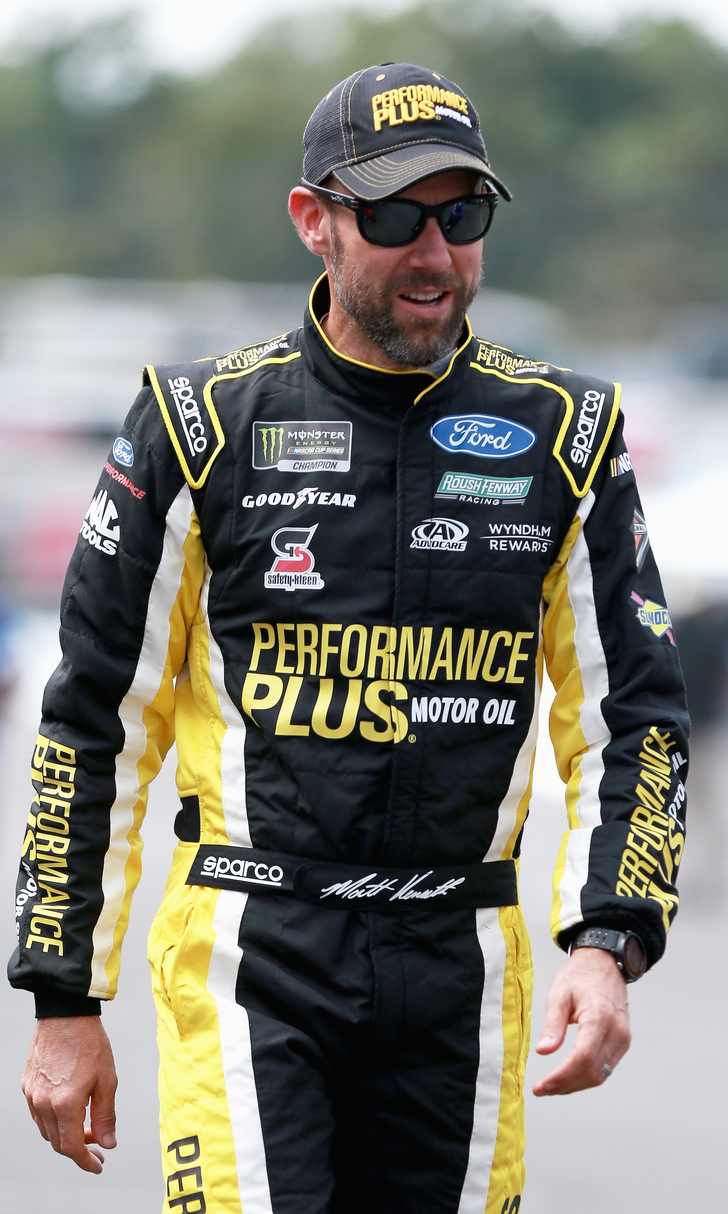 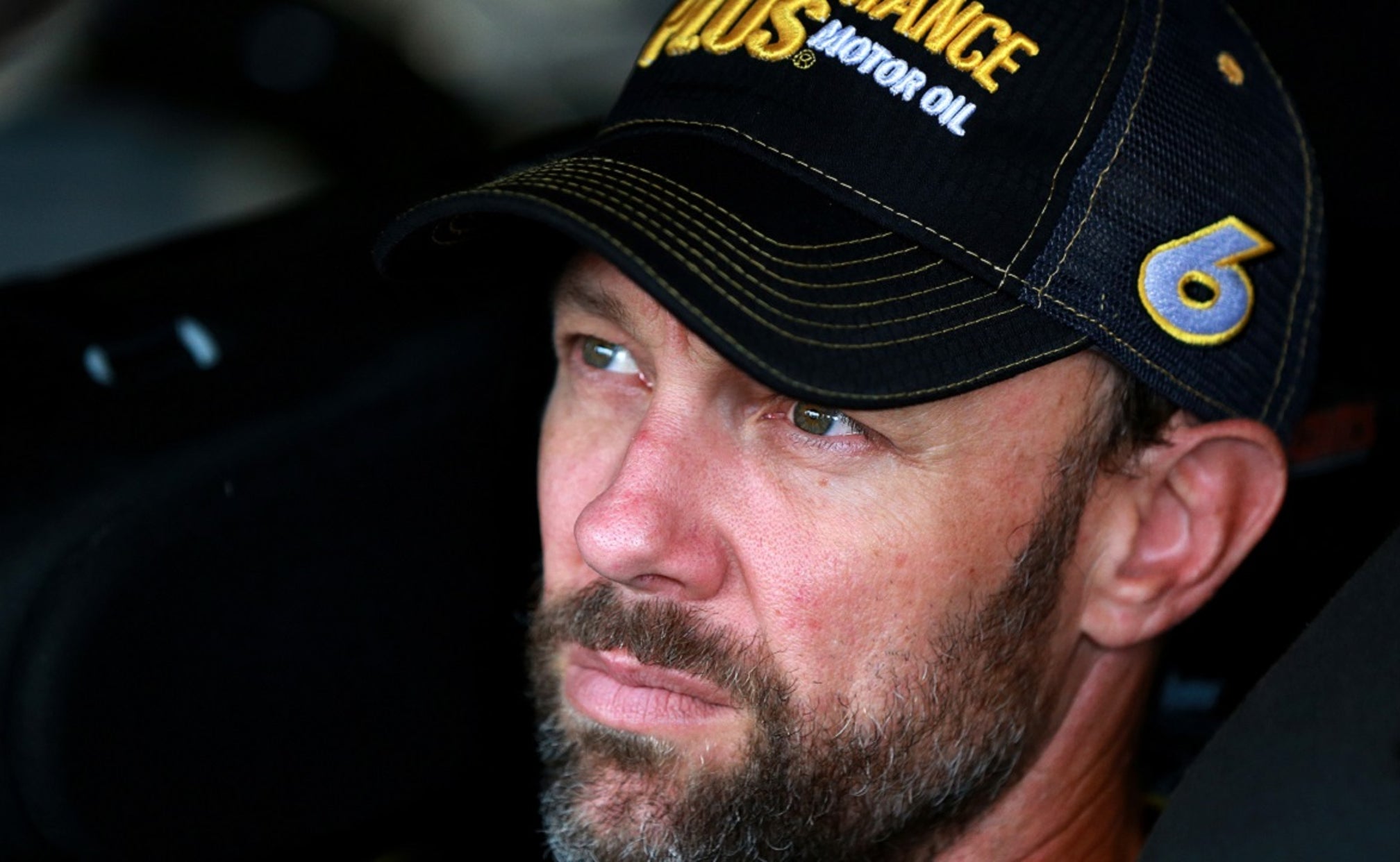 Matt Kenseth, who ran a partial Cup schedule in 2018, started missing racing in the NASCAR Cup Series last fall. Then seeing friends a few weeks prior to the 2020 season, when Joe Gibbs was inducted into the NASCAR Hall of Fame, had him missing it even more.

So when Chip Ganassi needed a replacement for Kyle Larson in the No. 42 Cup car, the fact that Kenseth wanted to get back into Cup racing seemed like reason enough for Ganassi to make the call.

Except for one thing: Ganassi didn’t know about the 48-year-old Kenseth wanting to get back into the driver seat.

“I had no contact with Matt Kenseth before last week since he left the track [in 2018],” Ganassi said Monday afternoon. “I didn’t talk about him. Someone brought his name up and I said, ‘Yeah, let’s give him a call.’”

When both sides want in, that makes things pretty easy to work out, and now Kenseth will drive the Chip Ganassi Racing No. 42 for the remainder of the 2020 season.

Kenseth did take a few days to think about it and a few more to discuss it, but he apparently couldn’t find a reason not to get in a car that Larson has finished in the top-10 in points in the last four years. Larson was fired April 14, two days after using a racial slur on what he thought was a private iRacing audio channel.

“I’ve kind of had the itch since last fall to go back racing again, and with most likely what the schedule is going to be, I didn’t feel like we’d probably be away from home as much if it was a regular season from February all the way through the end of November,” Kenseth told FOX Sports.

“It’s already May. Certainly, it’s a good team, it’s a very unique and unexpected opportunity and it just felt like the right one at the right time.”

Kenseth’s comeback has elements of surprise: He hasn’t competed in a NASCAR Cup Series race since November 2018. He isn’t hanging out at the race track talking to people and looking for rides. He hasn’t engaged much on social media as if he’s trying to lure a sponsor to back him in a return to racing.

But in other ways it makes sense: Kenseth has been running marathons and is in excellent shape. He has worked with Chip Ganassi Racing teammate Kurt Busch early in his career at Roush Racing. He isn’t trying to prove himself as the next young talent, so he is a safe pick as far as not over-driving the car.

And then there’s a resume to back it up: Kenseth, the 2003 Cup champion, is tied for 20th on the all-time winner list with 39 career Cup victories.

Kenseth said he is concerned about getting up to speed in cars he has never driven and will lean on Busch – someone he called the best teammate he ever had – for advice. And then there are the little things, such as positioning of pedals, that might take some time in a race car to learn.

He won’t have much time to learn, as the latest scheduling possibilities include five races over a two-week stretch starting May 17, and possibly eight races over a four-week stretch. NASCAR hasn’t announced its plans of where it will race and when, as the situation remains fluid.

“It looks like it’s going to be somewhat of a different season than we’re used to,” Ganassi said. “How you adapt to that and how you meet that challenge is going to be important come year end when you start adding things up.

“Matt’s the kind of guy, and Kurt for that matter, it’s good to have guys who have that kind of history and that kind of playbook, if you will, under a race craft available to them.”

The schedule also could work in Kenseth’s favor. There won’t be much time for sponsor appearances.

“I feel like we’re going to run pretty close to home without having to do a lot of the other stuff along with it,” Kenseth said. “Obviously the racing and the competition part is what I really like.

“I really miss working with people and being part of a team and being a part of trying to win and beat the best.”

Kenseth already was thinking that prior to seeing many of his racing friends in late January at the NASCAR Hall of Fame induction, and that only increased his desire more if the right opportunity came along.

“I saw a lot of people I used to work (with), have a ton of respect for and just kind of started remembered those feelings again of how much fun it was, especially in our good years,” Kenseth said. “So I assume that was part of it, going to the Hall of Fame, seeing a lot of those people kind of got me thinking about racing again some more.”

And what about the family, the one he said he spent the best summer of his life with a year ago?

“We’ve been home, like everybody else, we’ve been here for two months home-schooling kids and staying close to home and doing all that kind of stuff,” Kenseth said. “I feel like in a way I’m ready to go back to work. It’s a very unique opportunity – an interesting opportunity, unexpected at a very unique time not just for the sport but really for everybody in general.

“I kind of looked at it and realized I might not have that good of an opportunity again, a chance to get in some pretty good equipment and go out and see if I can still do it. Hopefully I can. Hopefully I can be a good addition for the team, we can go be competitive and have some fun.”