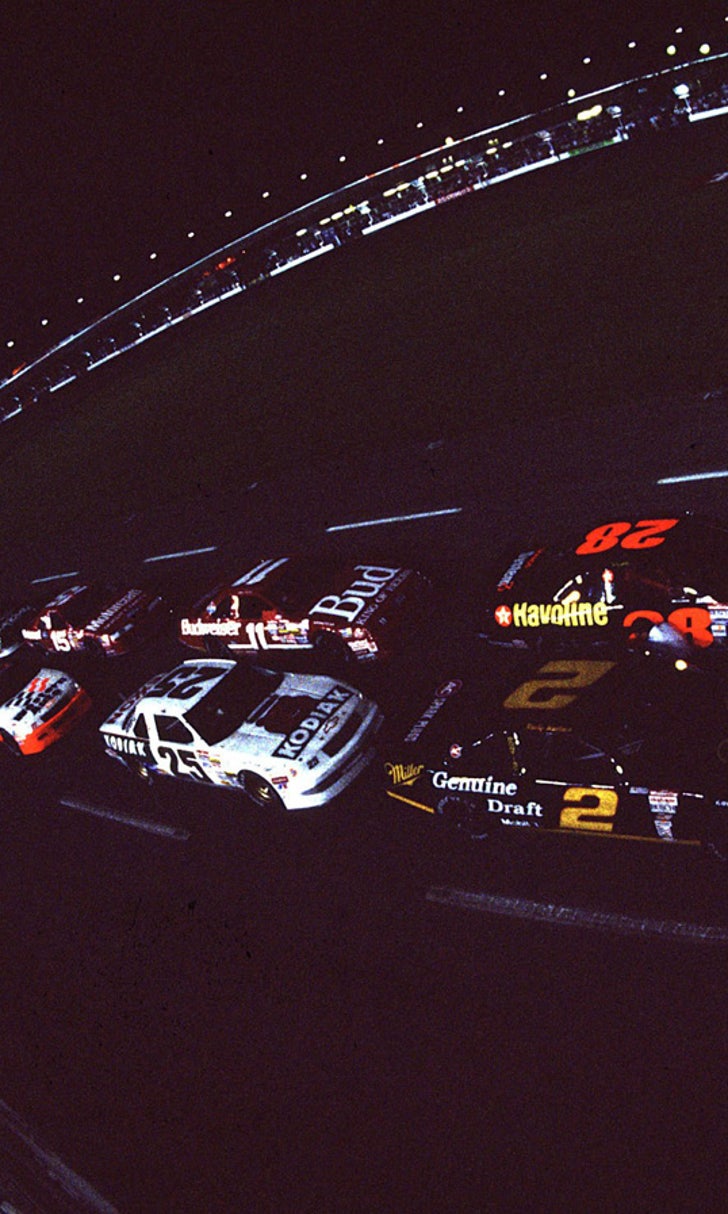 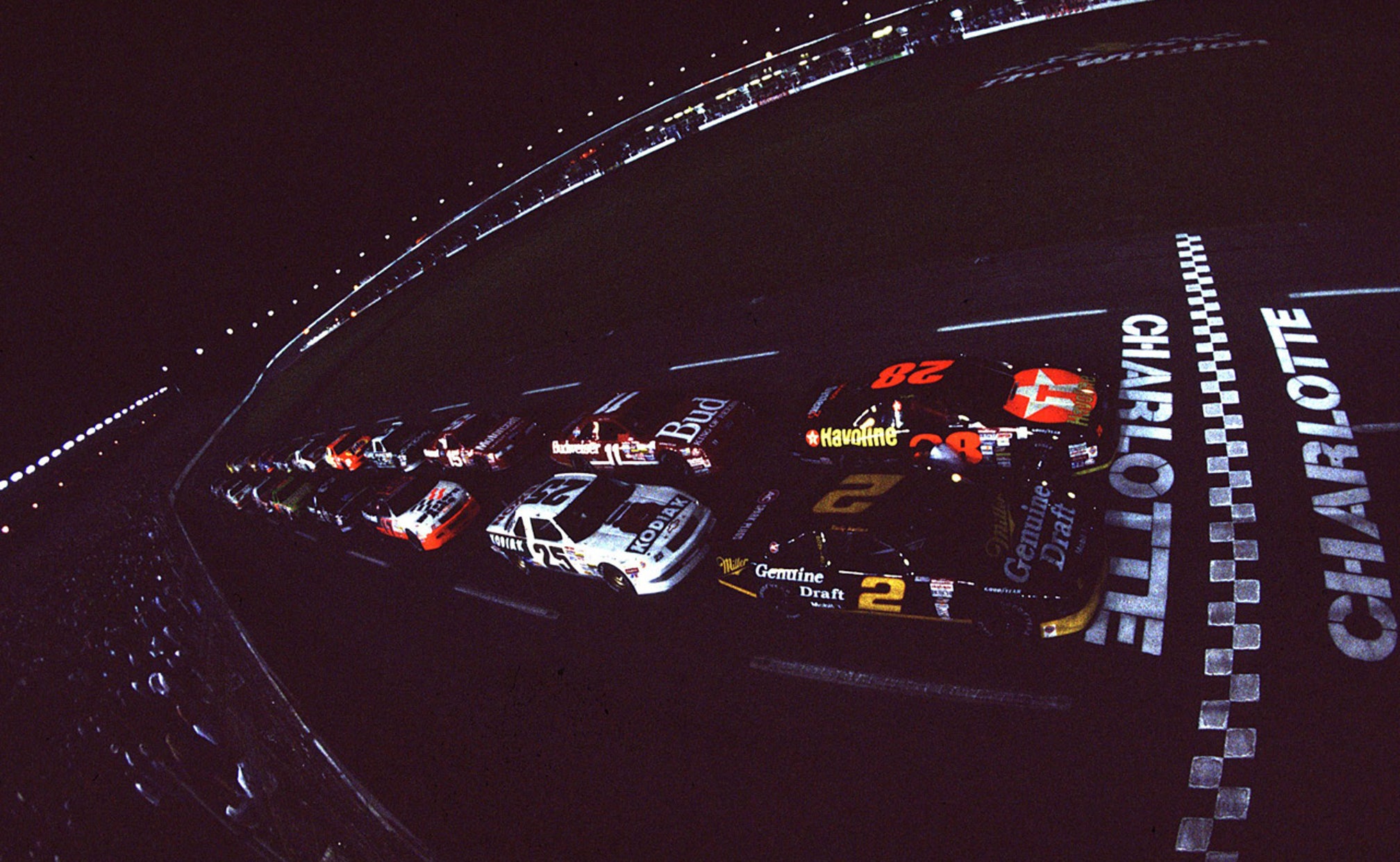 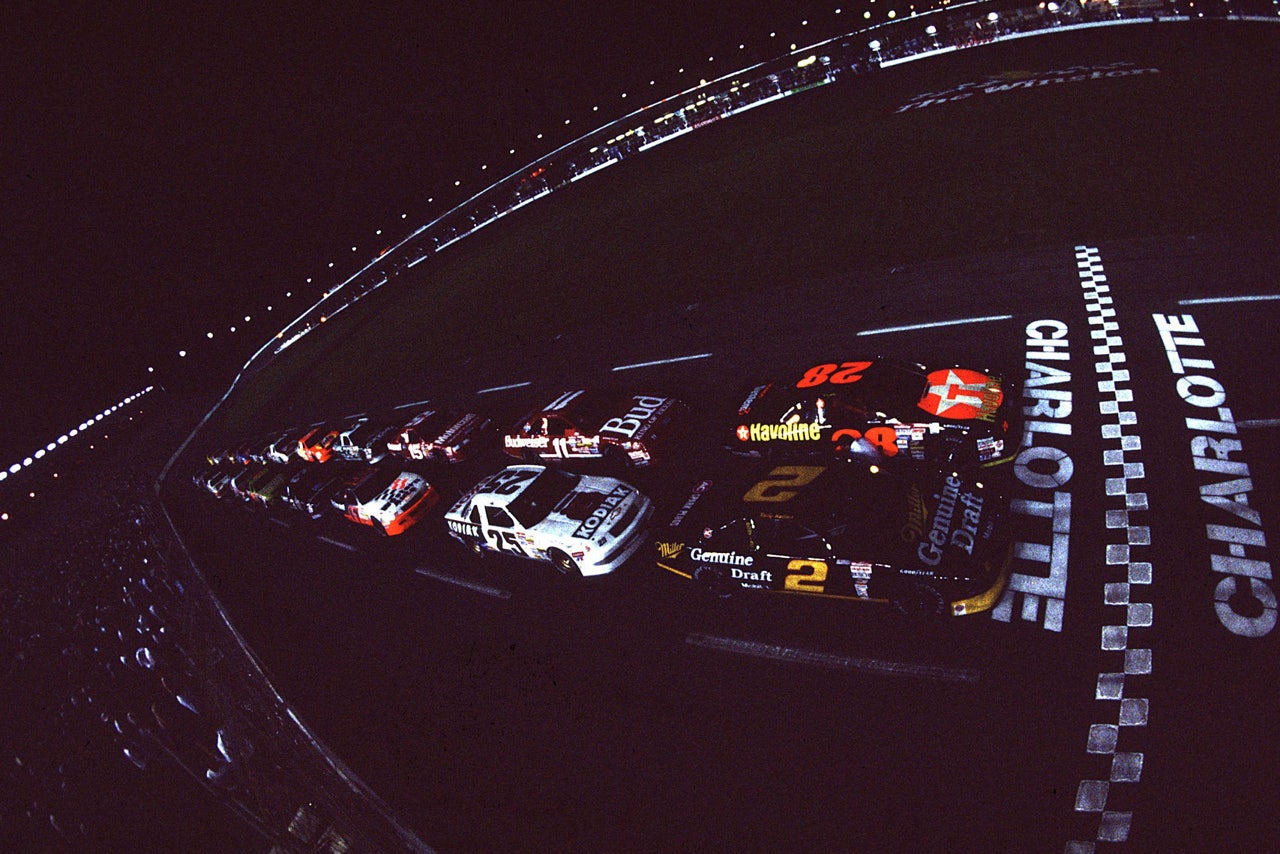 Since then, the track has been at the forefront of many other innovations, including the construction of 40 condominiums outside Turn 1 in 1984, and the installation of a state-of-the-art, $1.7-million MUSCO lighting system in 1992, making it the first superspeedway capable of hosting a night race.

And the track's first night race was one they still talk about today.

Billed as "One Hot Night," the memorable 1992 Sprint All-Star Race saw a fierce three-way battle for the win on the last lap among Dale Earnhardt, Kyle Petty and Dave Allison.

On that dramatic last lap, Earnhardt had his black No. 3 Chevrolet in the lead going into Turn 3, where he got turned by second-place Petty.

Coming to the checkered flag, Petty led, but Allison dove underneath him, the two neck and neck for the victory. At the start-finish line, Allison edged out Petty, but as they crossed the line, the two cars made contact and Allison went around, his black No. 28 Robert Yates Racing hitting the frontstretch wall hard, driver's-side first.

With no SAFER barriers in those days, the savage impact knocked the Alabama driver unconscious. Allison was taken to a local hospital, where he spent the night.

For his troubles, Allison became the first driver to win consecutive All-Star races and for his trouble spent the night in a local hospital as his team â led by crew chief Larry McReynolds â had to celebrate in Victory Lane without their star driver.

"The wreck at the end was just as much my fault as it was his," Petty said of Allison. "We were leaning on each other. I tried to chop him off, but if I had cut across in front of him, I would have ended up in the infield. At the end, he cut on me, as I would have on him. We clipped when we came across the line."

For his part, Earnhardt was thrilled with the first Sprint All-Star Race run under the lights.

"I can't wait until next year," Earnhardt said. "I turned Kyle down where he was dragging and sparking. He went into the corner and tried to take what was his. That's all there was to itâgood, hard racing. That's what it's all about. It was the last lap."

What Awaits Larson & Bell?
Kyle Larson outlasted Christopher Bell in the Chili Bowl. Is this a precursor of how their stock car seasons will go?
6 hours ago

A Big Step
Regardless of how bright the spotlight is, Anthony Alfredo is stepping into it – whether he's ready or not, writes Bob Pockrass.
January 7
those were the latest stories
Want to see more?
View All Stories
Fox Sports™ and © 2021 Fox Media LLC and Fox Sports Interactive Media, LLC. All rights reserved. Use of this website (including any and all parts and components) constitutes your acceptance of these Terms of Use and Updated Privacy Policy. Advertising Choices. Do Not Sell my Personal Info