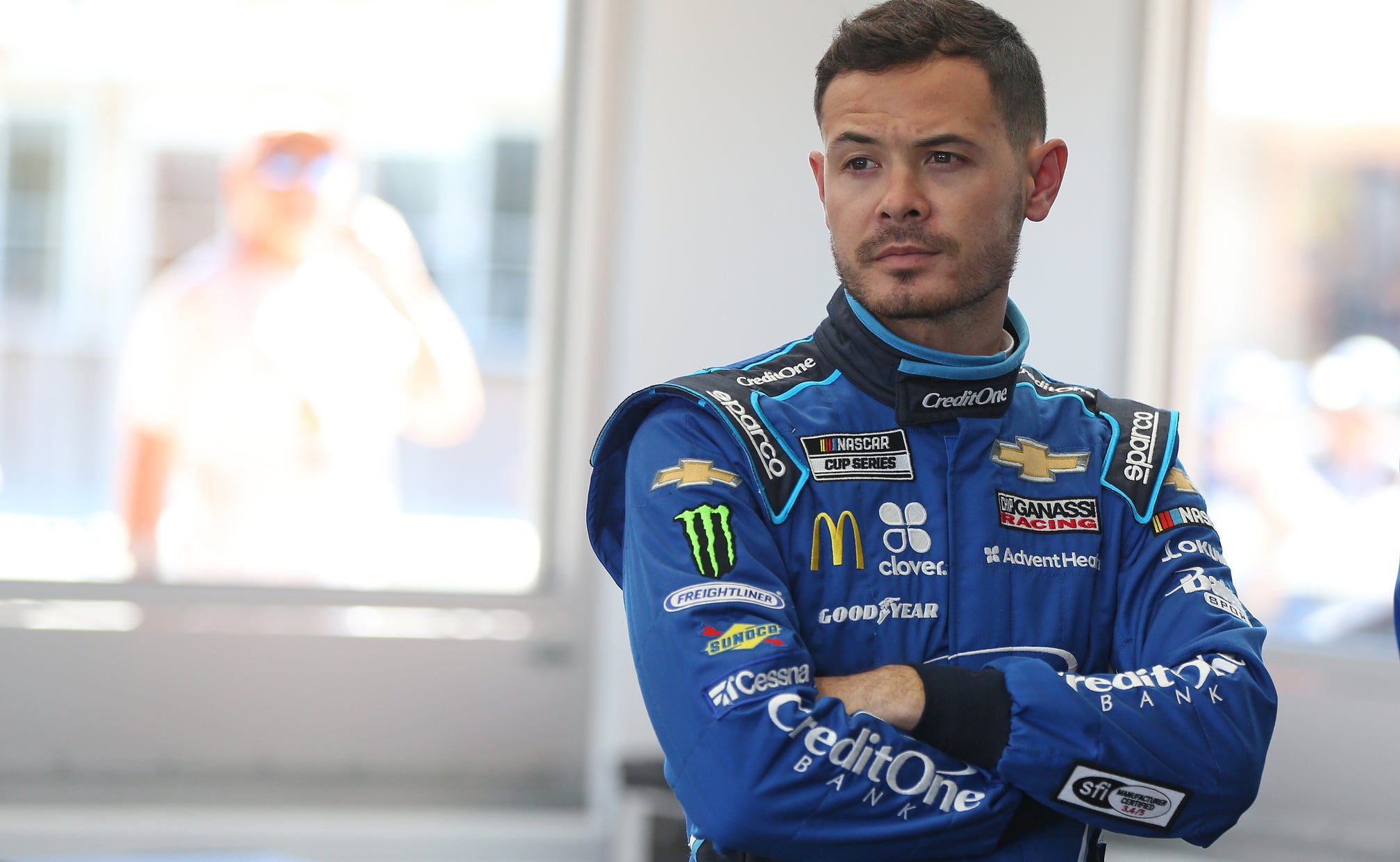 Kyle Larson won’t blame anyone but himself for his life the last six months. He has left people angry and disappointed. He has inspired people to give him a second chance. He has wondered whether people would view him as a good person who made a mistake, or as a racist. He didn’t know if he would ever again race at the top levels of NASCAR.

The last question was answered Wednesday, when he signed a contract with Hendrick Motorsports, signaling his return to stock cars for the 2021 Daytona 500, more than 10 months after he used a racial slur April 12 during what he thought was a private chat during an online race.

His sponsors dropped him – and Chip Ganassi Racing subsequently fired him – and an indefinite NASCAR suspension was imposed through the end of 2020. Since April, his life has included some normalcy in winning sprint-car races, but it also has included many tough conversations with both strangers and friends.

“I have had fans come up to me and think they’re being supportive of me and telling me they feel I have gotten a raw deal,” Larson said Thursday.

“I say the same thing to everybody ... I don’t feel like I got a raw deal at all. I fully believe the way it was handled was the right way. Because I believe that, it’s not hard for me to argue that with a race fan.”

Larson tried to make the most of the past six months. As he would drive his motorhome going to sprint-car races throughout the summer, he would notice the motorhomes going the opposite direction. He knew that if he had not used a racial slur, his motorhome would be going toward a NASCAR race as well.

“That put into perspective my mistake and messing up,” Larson said. “That could have been my bus driver driving in that direction.”

Larson needed more than seeing motorhomes to put everything in perspective. As he went from dirt track to dirt track, he would combine those trips with the work – some required, some that he wanted to do – off the track, seeking out foundations and groups to help educate himself.

“It’s not like you read a book and say 'I’m an expert,' " said Tony Sanneh, a former soccer star whose Minneapolis-St. Paul-based organization, The Sanneh Foundation, focuses on diverse, low-income urban and immigrant youth.

“He grasped it by developing real relationships with people ... He was on a journey, and it wasn’t going to be fixed in a day. With all of us, the more we are exposed to different cultures and different people, we’re constantly learning.”

During a racing swing through Pennsylvania, Larson talked to kids at the Urban Youth Racing School in Philadelphia.

To look at the kids he disappointed – some of them new him from pervious events – was difficult.

One of those difficult conversations was in May, when he spent a couple of days working with Sanneh, whose programs include food drives, educational programs and leadership programs.

Larson didn’t make excuses for using the N-word – he has said he had a group of friends who used the racial slur as a greeting – and didn’t want the publicity for what he was doing.

“He self-admittedly called it ignorance,” Sanneh said. “The same with guys and locker-room talk, we’re working toward making ourselves better. He’s a great example to all of our staff and all of us.

“Sometimes we think locker-room talk is funny, but it's not, and we have to hold ourselves to a higher standard.”

After two days working with young Black people in the organization as part of the food drive, Larson told them what he said and why he was there.

“It’s easy to write a story and tweet out and say 'I made a bad decision,' " Sanneh said.

“You have to work hand-in-hand with brown and Black people and you’re serving the public and doing good, and then you have to open up and let it all out knowing the hurt it is going to cause them, and deal with their reaction and apologize ... He went through that because he wanted to take full responsibility.”

Most in the group did not know he was a race-car driver. Larson was cautious in telling his story because he was unsure how they would react, Sanneh said.

“You have to be very vulnerable to go in front of a room of African-American people and young men and tell them to their face what you said,” Sanneh said.

“I think you could tell he was disappointed in himself."

As Larson did all of those things to grow, his former team at CGR struggled with Matt Kenseth, a past Cup champion, as its driver. Larson was seventh in the standings four races into the season before he was suspended. The team has fallen to 22nd and now sees Larson going to one of the sport’s top organization.

“It is just kind of hard to swallow, especially with the year that we’ve had,” team fueler and co-pit crew coach Mike Metcalf said. “We have had a bunch of DNFs. Kenseth struggled to come up to speed with the new cars, and this was a team that was poised to make a championship run this year.

“I’m happy he has had a second chance. ... In the meantime, our chances of winning, bonuses, our sponsorship likability, all that has gone down.”

Metcalf, who is Black, has worked on pit crews since 2006. He met Larson after the driver had used the slur. In their conversations, Metcalf said Larson said he didn’t want to be remembered as the racist driver, that he didn’t want his kids to think that about him.

“That was a really powerful moment for both of us. That was touching because we both have young kids, thinking about the concept of legacy,” Metcalf said. “He said, ‘How do people know I’m serious or not?’

The initial apology Larson posted on social media in the days following the slur, Metcalf said, lacked self-awareness.  By the time they had talked, however, Metcalf said Larson had learned how impactful and influential his voice is.

One of Larson’s new teammates, Alex Bowman, grew up racing midget cars and shares that love with Larson. He said most of the conversations they have had surrounded sprint-car racing and not about the slur.

“The thing about Kyle is he’s just really a genuine person,” Bowman said. “He’s never going to fake something. The emotion that he’s shown and the things that he’s done – everything he is doing is real.”

Obviously, Rick Hendrick believes in Larson, and at some point, he hopes sponsors will as well. Larson has six career Cup victories and now drives for one of the best teams, which hopes to unlock his potential.

The No. 5 car has no sponsorship for next season, and with a driver’s salary typically based on projected sponsorship, Larson likely landed at Hendrick – he was going to be a free agent after the 2020 season – at a cheaper rate.

He lost income and sold the house his family was building. But he still got do what he loves, and admits he enjoyed driving that motorhome to those events and spending time with his family.

Timing is Everything
Becoming a NASCAR team owner, more than anything, is about finding the right time to go all in, writes Bob Pockrass.
2 days ago