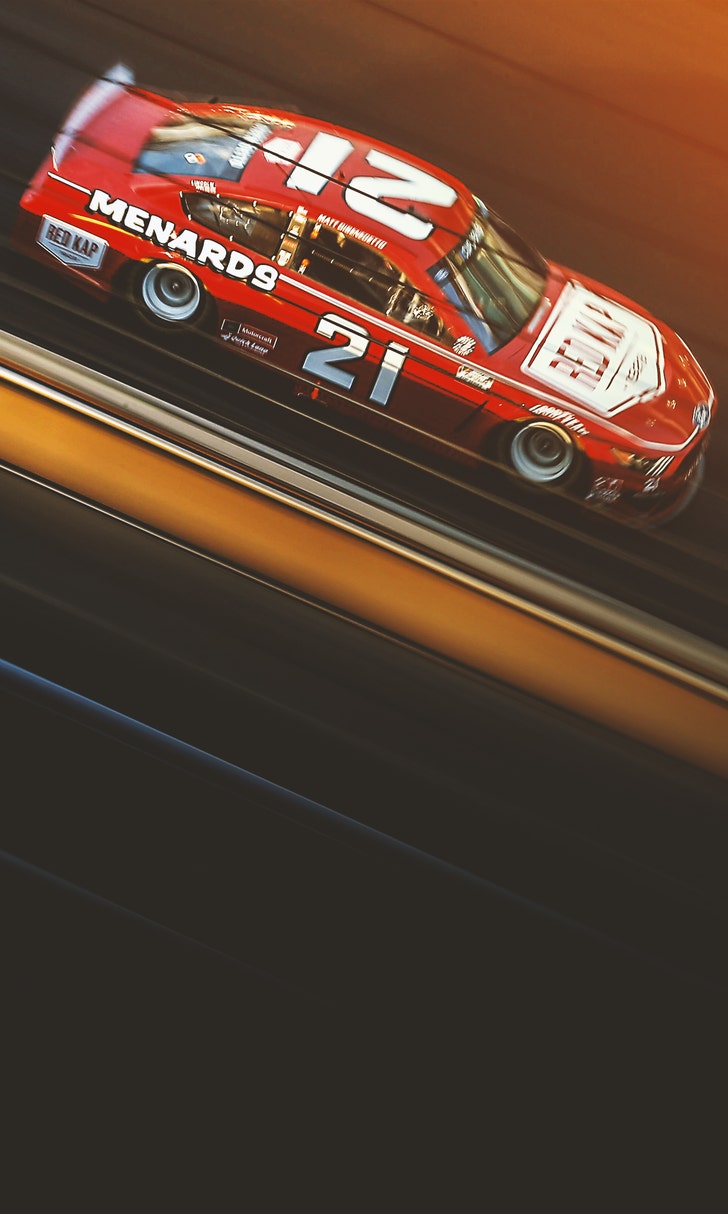 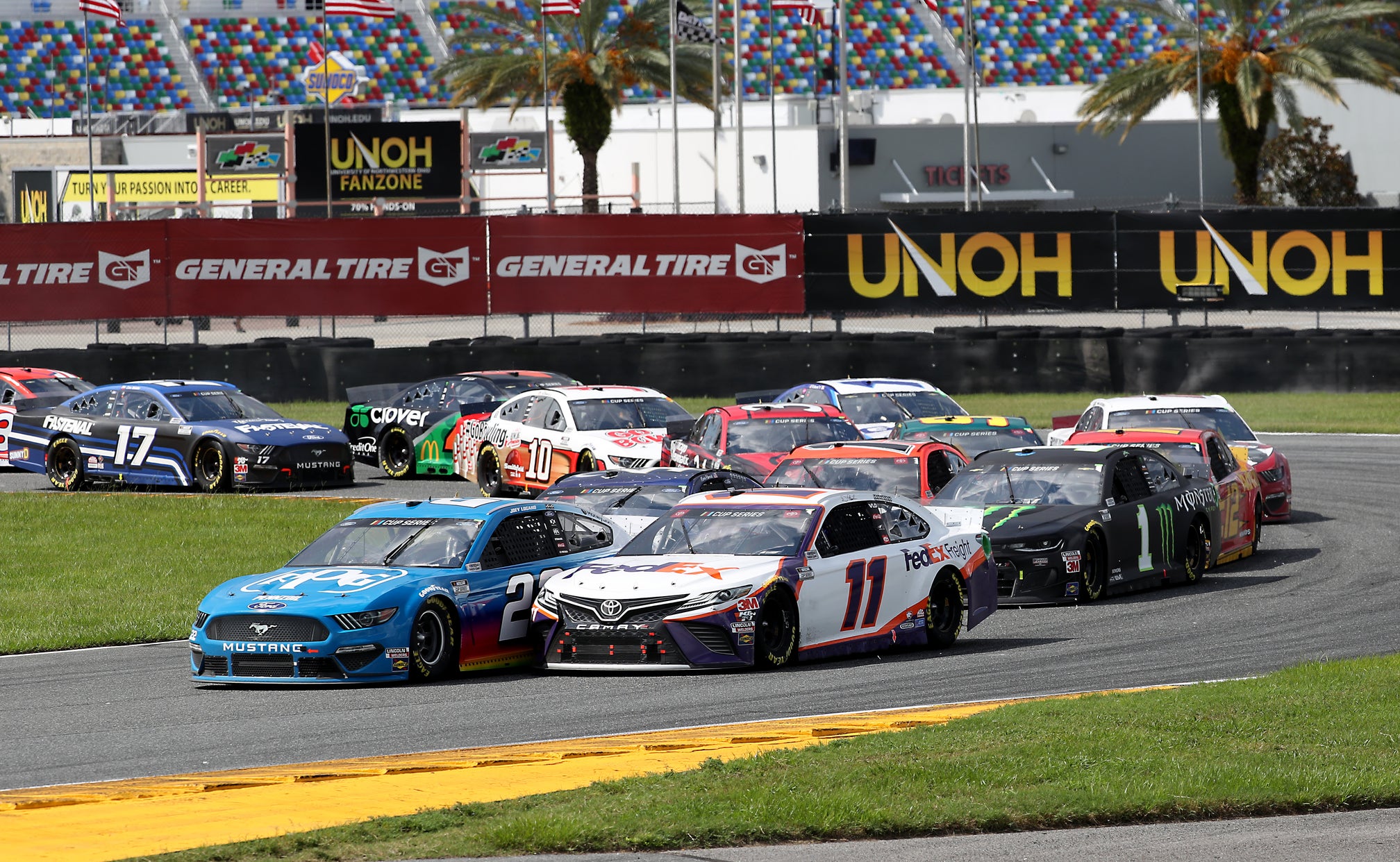 NASCAR had one reason to move its traditional Independence Day week event at Daytona International Speedway to the end of its regular season.

With the restricted speeds on the massive 2.5-mile high-banked oval creating pack racing and evening the field, NASCAR goes to the track with the most potential for a walk-off moment to win and make the playoffs.

There are 13 drivers who are locked into the playoffs, one (Clint Bowyer) who is all but locked in, and three drivers who potentially could get the two final spots without a win.

Mathematically, there are four – but Erik Jones is so far back he pretty much is among the 14 drivers who enter Daytona thinking just win, baby, and make the playoffs in the NASCAR win-and-in playoff format.

“At the end of the day, you could restart 15th on a green-white-checkered and still maybe even have a shot,” Jones said. “We’ve got as good a shot as anybody.”

And that’s what scares those three drivers competing for what they hope are the two final spots in the 16-driver playoff field. Matt DiBenedetto has a 5-point edge on William Byron and a 9-point edge on Jimmie Johnson, who is current the driver on the outside looking in heading into the Saturday night race.

If no one outside the top-16 wins, the two drivers among them with the most points will remain in contention for the championship when the playoffs begin next week at Darlington.

DiBendetto, Johnson and Byron potentially will be among the few drivers who will try to earn stage points awarded to the top-10 finishers in each stage on a 10-to-1 scale.

In doing so, they potentially could put themselves in dicey positions much earlier than they would want at Daytona.

“I have done a lot of superspeedway races and I feel like I race really smart at them, but it won’t help the fact that there are just so many variables at those places that you can’t control,” DiBenedetto said.

“It is not the same kind of racing as anywhere else we go. I would say the thing that pays off the most at Daytona is luck.”

After the second stage, the three drivers will know where they need to finish in relation to each other in order to determine which driver is guaranteed in no matter who wins, and then who would get in if someone in the top-16 in the provisional playoff grid already wins.

Byron believes his situation won’t change how he approaches this race. He won one of the Daytona 500 qualifying races (called the “duels”) earlier this year.

“You’re going to have to be aggressive in this race regardless of the situation by trying to get stage points and trying to win the race,” Byron said.

“We had a Duel win there earlier this year at Daytona, which is great. I absolutely think we can go there and be aggressive and win again. That doesn’t change.”

But what also doesn’t change is a little bit of that helpless feeling.

“If we're all running in a big group, luck is going to play a bigger role in things for the majority of it,” said the 7-time Cup champion Johnson, who is in his final full-time season.

“If you have a dominant car and you can lead the race and control the lanes up front, there's an opportunity there, obviously, but I feel like luck and fate is going to kind of control the outcome of this.”

That feeling of fate is why someone such as Jones doesn’t necessarily try to play it conservative, even though conventional wisdom says don’t take any unnecessary chances. There are some drivers who opt to ride around in the rear of the field in hopes of avoiding the accidents.

Jones is one of the favorites to win the race and make the playoffs, as he won the summer race at Daytona two years ago and also has a Busch Clash preseason race win at the track.

“Both of those races my car was pretty destroyed,” Jones said. “I don’t know that laying back and trying to avoid the wrecks helps that much.

“At the end of the day, if you’re still in it with five [laps] to go or 10 to go, even if you’ve got damage, it seems like it doesn’t really matter.”

It matters, though, if that damage ends the day for a driver. In the Daytona 500, 16 of the 40 drivers were not running at the finish, and then there was a massive wreck coming to the finish line.

“I think I’ll go up there and race when I can,” Jones said. “I feel like I have pretty good feel when things are getting dicey and bail out and move to the back.

“That’s what my M.O. has been the last couple of times we raced superspeedways and we’ve been able to make it to the end and win those races.”

Drivers tend to rely on their teammates or other drivers from the same manufacturer for a push. But Johnson and Byron are teammates, so that might not benefit them.

“The driver matters as far as making good decisions and things like that and having good teammates,” said DiBenedetto, whose Wood Brothers Racing has an alliamnce with Team Penske. “My Penske teammates are encouraging and things that help going in there but there is a lot that is out of control

“I would say it makes it more nerve-racking. I don't want to say nerve-racking but just frustrating knowing you are going to a place where a lot is out of control.”

Stat of the Day

The last 10 races at Daytona and Talladega have had a winner celebrating his first win of the season.

“I’ve had a lot of great years here and they have done a lot for me. I don’t bring money to the Cup Series or sponsorship to the Cup Series. ... It’s a great opportunity You can’t look back and be bitter about it, at somebody who gave you an opportunity like that.” – Erik Jones on his release from Joe Gibbs Racing at the end of the year