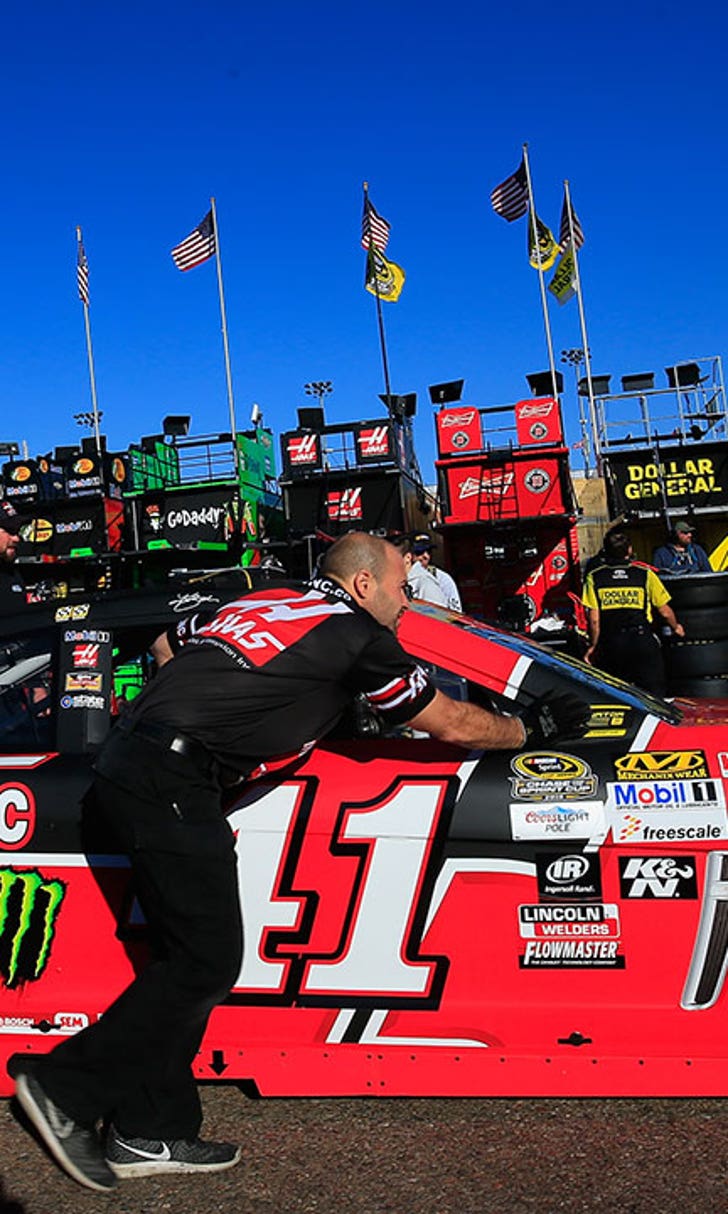 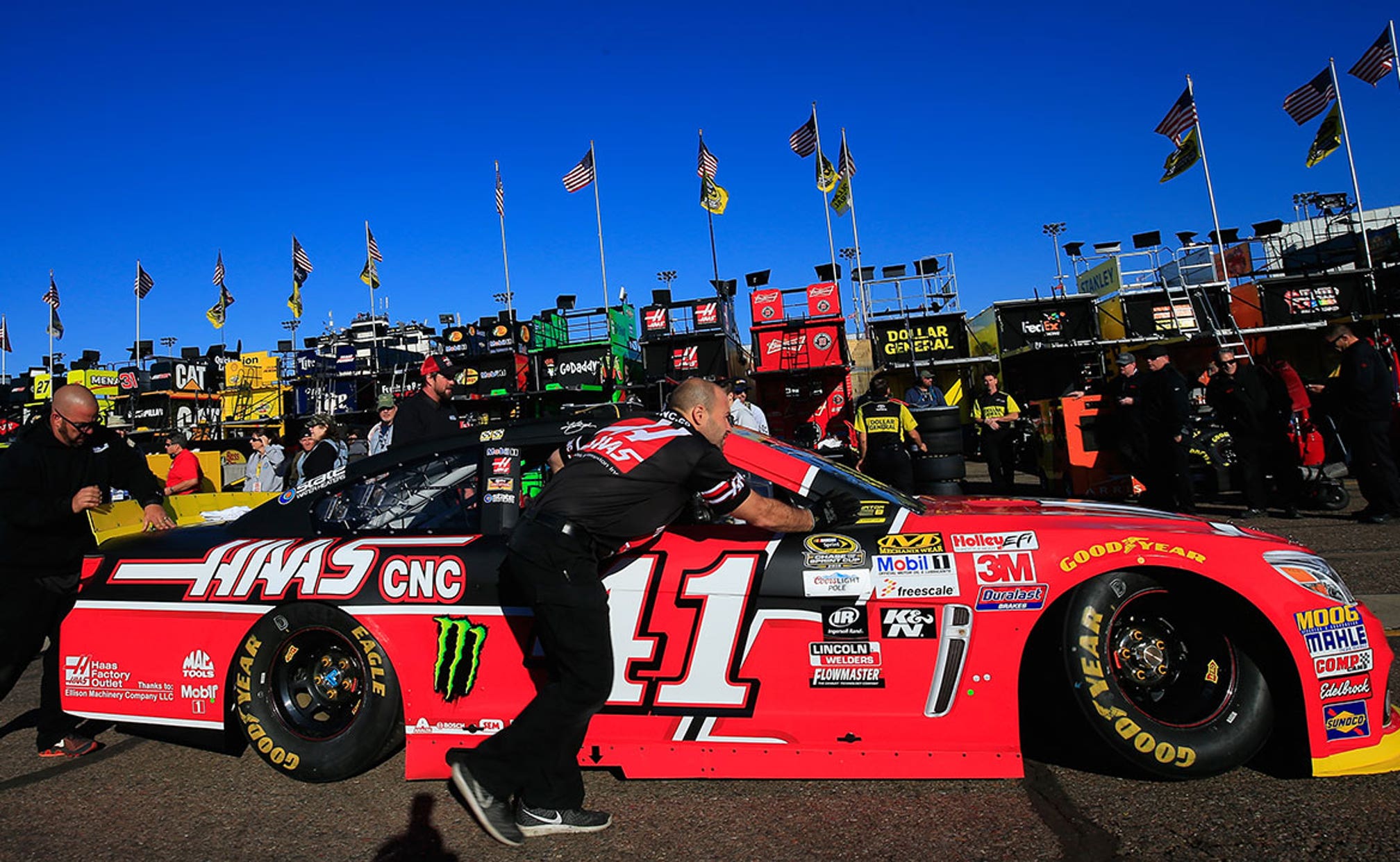 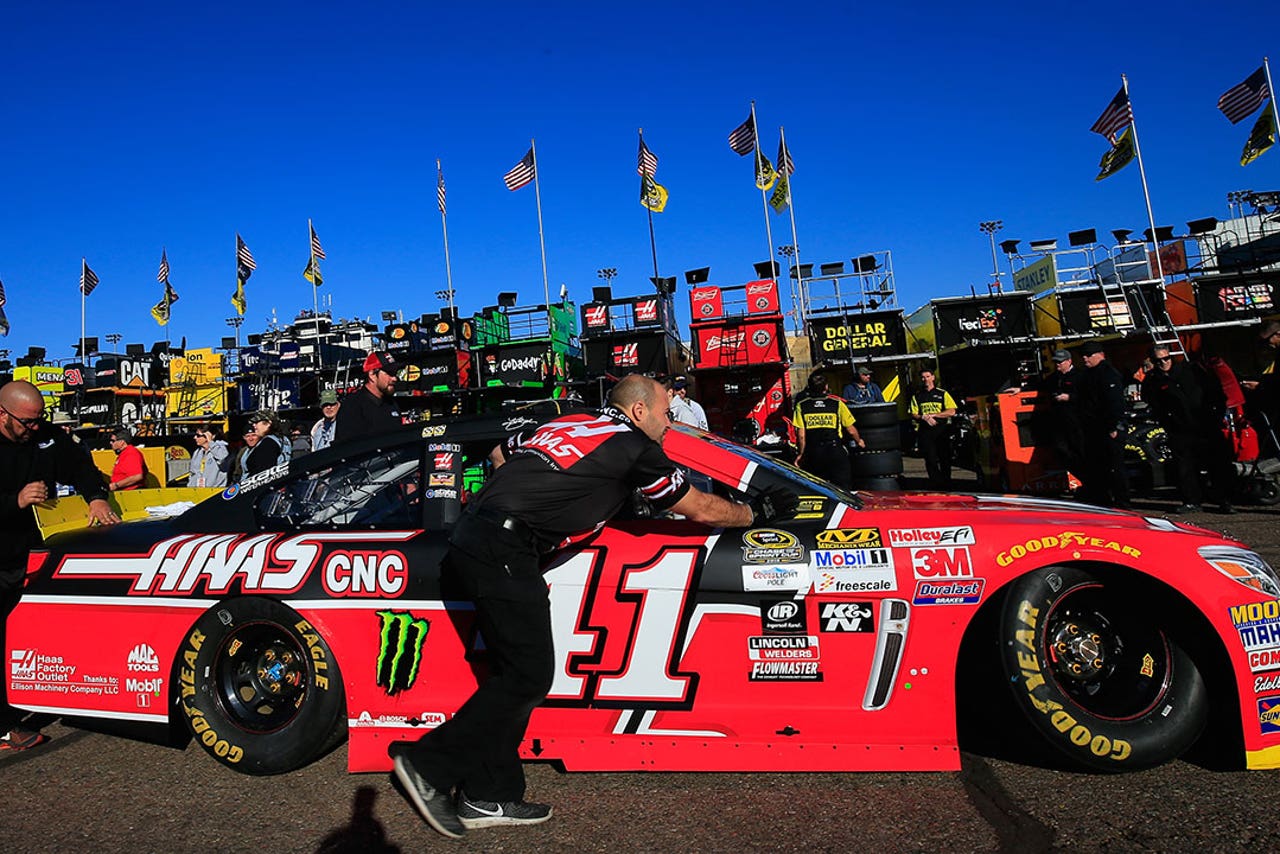 Kurt Busch and Jimmie Johnson continued to separate themselves from the rest of the field for Sunday’s Quicken Loans Race for Heroes 500 at Phoenix International Raceway.

Busch, who qualified second to Johnson Friday evening, was fastest in Saturday afternoon’s final Happy Hour practice round, giving him a clean sweep of the day’s two timed sessions in advance of the penultimate race of the NASCAR Sprint Cup Series season.

Under Chamber of Commerce clear skies at PIR, Busch had a best lap of 140.029 miles per hour in the No. 41 Stewart-Haas Racing Chevrolet, with Johnson’s No. 48 Hendrick Motorsports Chevy close behind at 139.389 mph. Dale Earnhardt Jr. was third in another Hendrick entry, followed by Kyle Larson and Busch’s teammate, Kevin Harvick, winner of four straight at PIR.

The Quicken Loans Race for Heroes 500 is the last of three races in the Eliminator Round of the Chase for the NASCAR Sprint Cup. This race will set the field for the one-race, winner-take-all Championship 4 Round on Nov. 22 at Homestead-Miami Speedway.

Jeff Gordon is already locked into the Championship Round, but he’s the only driver guaranteed to race for a title. Sunday’s race will see the seven remaining Chase racers vie for the final three spots alongside Gordon at Homestead.

Take a look at the full practice results here.