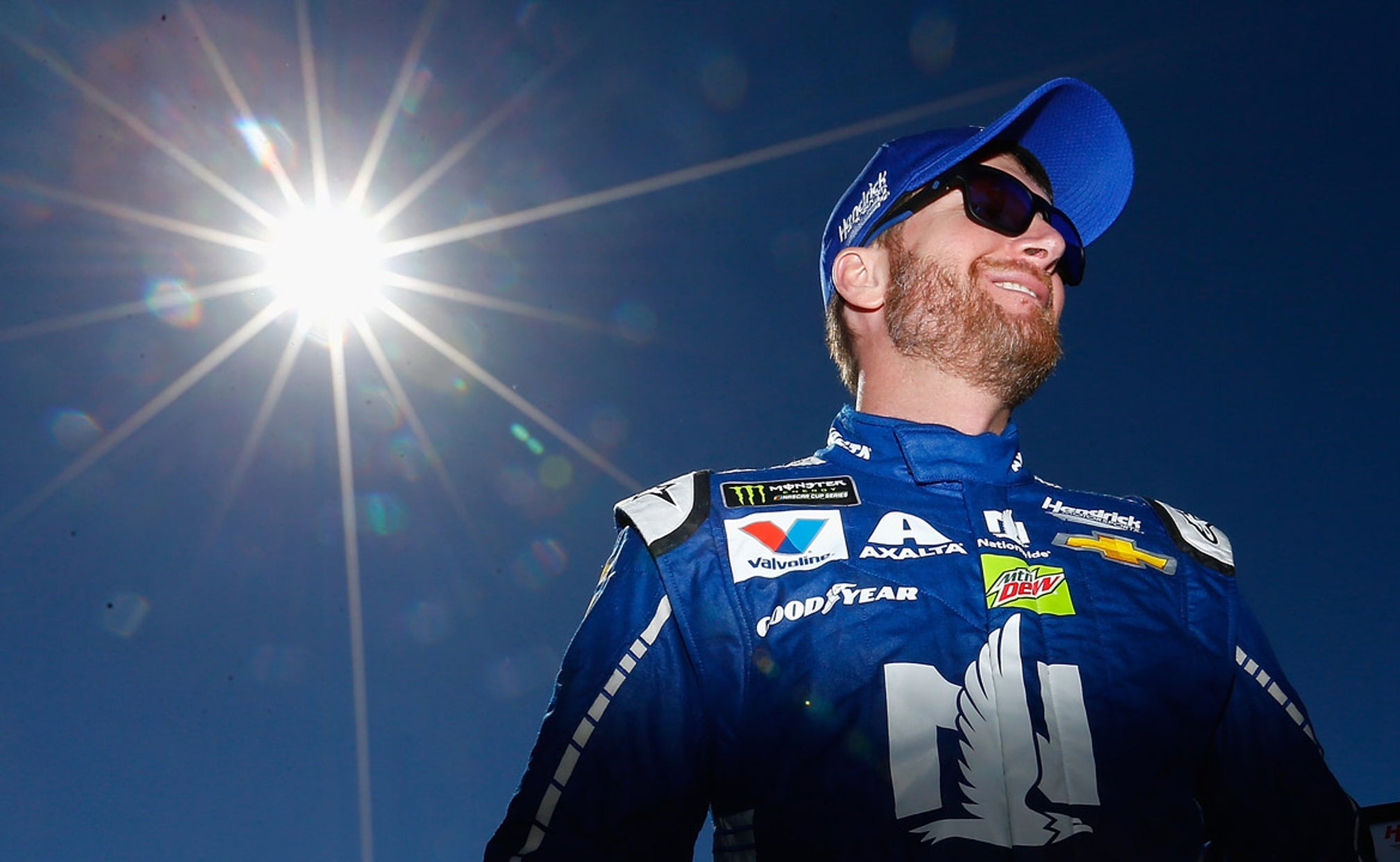 You know the name: Earnhardt. When it comes to racing, it immediately makes one think of one of the most badass drivers ever.

Say the name "Dale Earnhardt Jr." and some of that, well, intimidation factor goes away. But when it comes to impact on the sport, Earnhardt Jr. has been the ultimate badass.

And Earnhardt Jr. – “Dale Jr.” – is okay with that being a big reason why he became a first-ballot NASCAR Hall of Famer when the 2021 class was announced Tuesday night.

Earnhardt didn’t just win 26 NASCAR Cup Series races (including two Daytona 500s) and a couple of Xfinity Series titles. He has helped carry the sport over the last 20 years, following the death of his father in the 2001 Daytona 500. The sport needed a new leader after the seven-time champion and winner of 76 races suddenly was no longer there to rule the garage and be its identity.

Many turned to Earnhardt Jr, who didn’t just become a 15-time Most Popular Driver honoree but also served as an ambassador for the sport. He grew into that role and has thrived in it over the last 10 years, especially through his battle with concussions, his work as an NBC analyst, his insightful podcasts and operating a race team that doesn’t competes in the Xfinity Series and at local short tracks.

“There were a lot of people who wanted me to be Dale Earnhardt — not just be the Intimidator and all that, but they wanted me to be as successful as he was and drive like him aggressively and spinning people out.”

So what did Dale Jr. do? He tried to live up to his fans’ expectations both on and off the track.

The biggest impact came at Daytona, the place he worshiped despite the site of his family’s biggest tragedy. He won the July 2001 race, the first at Daytona after his father’s death just five months earlier.

... a win that not only  sealed him as one of the sport’s greatest drivers but also opened a new door — he had promised he would join Twitter if he won that race. The NASCAR Twitterverse hasn’t been the same since, with Earnhardt embracing the platform to interact with his fans not just as a place to give his unfiltered opinions on the sport and give them a peak into his life but also a place to show his true fun-loving character.

“What else could I control that would help the sport and be a good ambassador for the sport?” Earnhardt said. “I wasn’t always perfect and I started focusing in those areas, on being accessible, being available, being accountable, and I feel like I did a decent job of that.”

The 63 members of the NASCAR Hall of Fame voting panel agreed as they each put three names on their ballots. NASCAR adjusted the voting process this year from five getting in out of 20 nominees to now two getting in from 10 people on a Modern Era ballot and one from a five-person Pioneer Era ballot. Earnhardt (on 76 percent of the ballots) and Mike Stefanik (49 percent) were selected from the Modern Era; Red Farmer (71 percent) was selected from the Pioneer group

As long as Earnhardt got in, the selection committee got it right. There will be people who say he never won a championship, that he didn’t win enough driving for two spectacular teams at Dale Earnhardt Inc. and Hendrick Motorsports, that he only kept a ride because of his name.

He would admit that maybe, after a seven-year stretch where he won only two races, he might have gotten fired, and his name and popularity kept him in the seat. But in 2014 and 2015, he combined for seven wins and finished in the top-10 in points.

Having to sit out half of the 2016 season because of concussions, he opened the door for deep conversations on the topic, describing his symptoms and his therapy. He didn’t care as much about whether he would be in a race car again, only that he would be in a place where he could do everything needed of him as a husband and father.

Earnhardt returned for a final season in 2017 and didn’t win a race, finishing 21st in the standings. He left in a way important to him — on his own terms.

And even more importantly, when he left the driver’s seat, the sport was better because of him. That continues today.

“I gained a ton of fans because of who I was right out of the gate,” Earnhardt said. “I had people wanting my autograph before I had done anything on the race track. That was very awkward and uncomfortable.

“I knew when dad died, I would assume most if not all of his fan base. I was able to take that and I feel like I took care of that, I didn’t squander that, I didn’t ruin that and I grew that base and therefore also introduced the sport to a lot of people who never heard of Dale Earnhardt in the first place.”

Get more from Dale Earnhardt Jr. Add to your favorites to get information about games, news and more.
in this topic

New Dale Jr. Plane Crash Photos Released
The NTSB released new photos and investigative documents shedding light on the 2019 accident involving Earnhardt Jr.
July 18
those were the latest stories
Want to see more?
View All Stories
Fox Sports™ and © 2020 Fox Media LLC and Fox Sports Interactive Media, LLC. All rights reserved. Use of this website (including any and all parts and components) constitutes your acceptance of these Terms of Use and Updated Privacy Policy. Advertising Choices. Do Not Sell my Personal Info