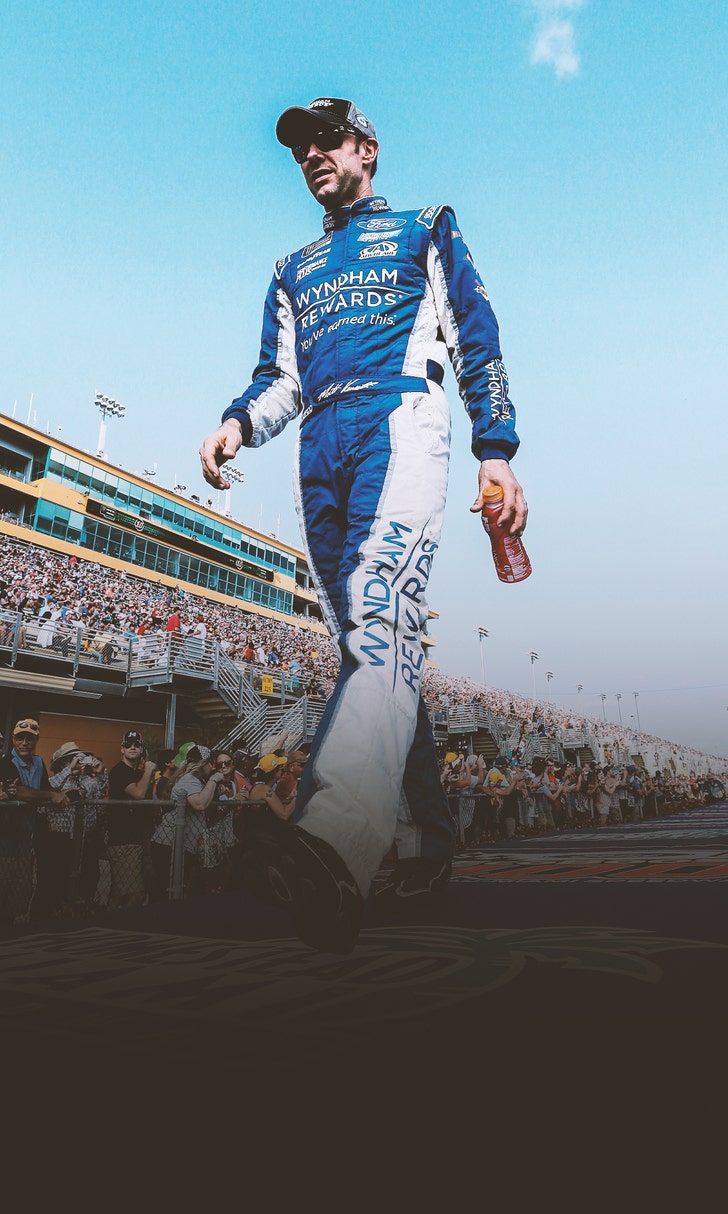 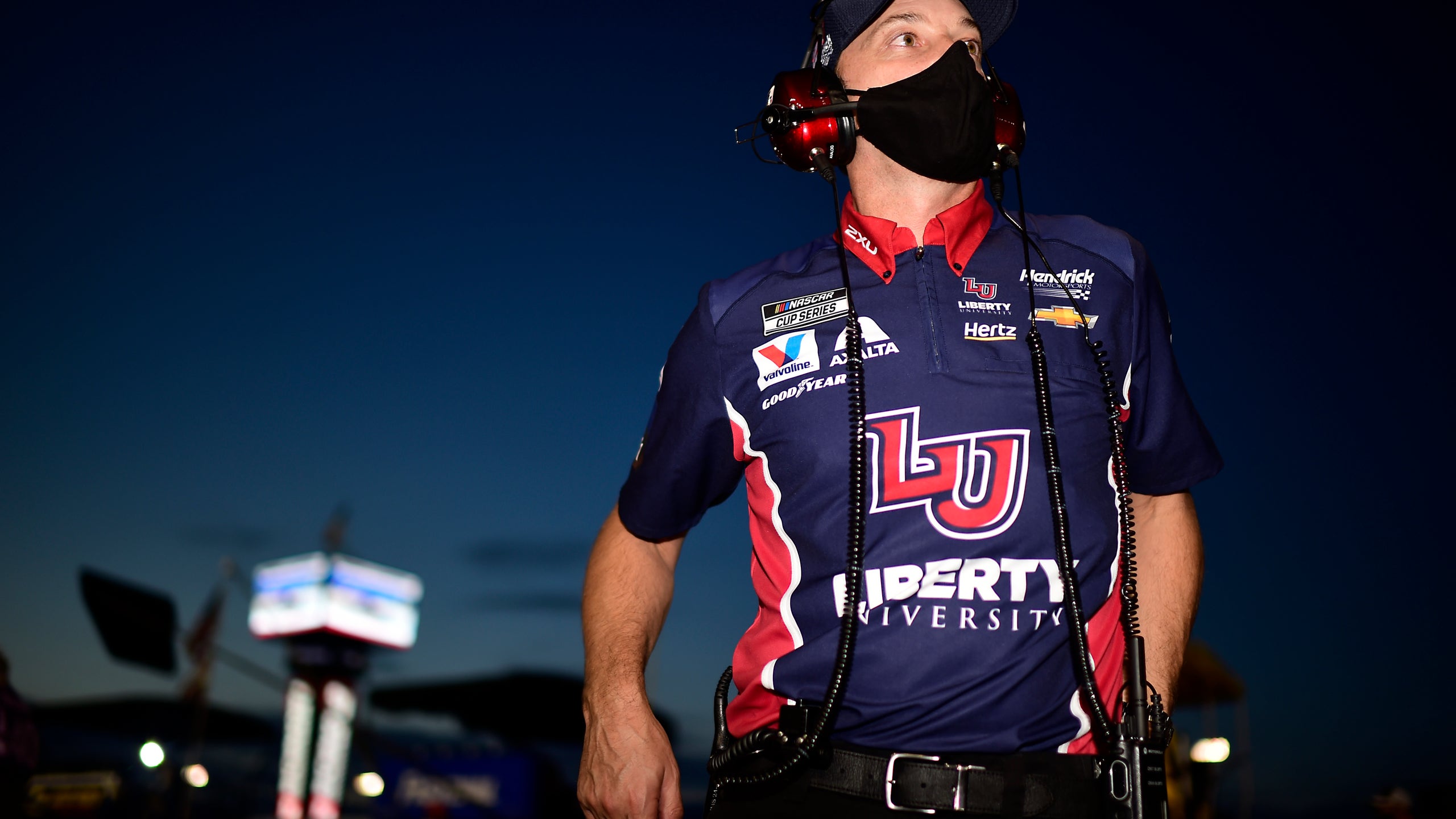 A Question of When

When the 2020 NASCAR Cup Series came to a close, it closed out full-time careers of a few future Hall of Famers.

For one, there is no question of when he will enter NASCAR’s shrine.

For another two, the more likely question isn’t if, but when.

For a fourth, a Hall of Fame career would still need to be written.

No doubt Jimmie Johnson is a first ballot Hall of Famer. If the rules stay the same, he’s part of the 2024 induction class. With 83 victories and seven Cup titles, he’s in and should be on every ballot (although there likely will be someone who doesn’t vote for him in order to help the chances of others).

Johnson’s crew chief for those seven championships, Chad Knaus, also will get into the NASCAR Hall of Fame. And that is where this discussion somewhat begins, when looking at the end of the 2020 season and its legacy when it comes to future NASCAR classes.

Non-drivers only have to have worked in the industry for 10 years to be eligible, so Knaus could be nominated at any time. There might not be a 2022 class – the 2021 class potentially could be inducted in January 2022 and then the 2023 class would be the next class inducted – but he could still be nominated at least one year before Johnson.

It doesn’t seem right for him to get inducted before Johnson – it would make more sense for him to be inducted with Johnson. The problem with that is there are only two spots available through the “modern era” ballot each year, meaning in order to put them both in at the same time, they are the only two modern era inductees.

The nominating committee could decide not to put them on the ballot together so that voters won’t have to make the decision on whether to make the duo the entire modern era class for 2024. A Johnson-Knaus class, while popular with Johnson fans and a nod to their accomplishments being intertwined, could turn people off, considering the induction class focuses primarily on one team.

Knaus doesn’t like to talk about where he ranks among the greatest crew chiefs of all time.

“Ray Evernham is still the guy ... I have a lot of respect for the senior guys in this industry because they’ve definitely carried the torch and set the stage for guys like myself to come in and have a successful career.”

But no doubt Knaus gets into the Hall of Fame to join Inman, Wood and Evernham.

Matt Kenseth – another driver whose career likely ended at Phoenix – at some point, will join them.

Kenseth isn’t expected to make any more Cup comebacks, so it appears his resume is complete. And it’s a Hall of Fame resume. Kenseth has 39 career Cup victories, which ranks him 21st all-time. The only drivers ahead of him who are eligible but not in the Hall of Fame are – no one.

The only thing that might keep people from voting for him would be the wrecking of Joey Logano in 2015 when he was nine laps down and Logano was in the lead at Martinsville, knocking Logano out of championship contention.

The act earned Kenseth a two-race suspension and there are some in the industry who likely will take that into consideration, at least maybe the first year or two he is on the ballot.

But Kenseth will be in the Hall of Fame, no doubt.

The final driver ending his career who might eventually get Hall of Fame consideration could be Clint Bowyer.

His 10 Cup wins ranks him 60th on the all-time list. That isn’t going to get him in, even with an Xfinity Series championship on his resume.

But his post-driving life will be as a member of the FOX Sports broadcast team. He is young at 41 years old. Next year could be the start of a second career that would last decades.

It would have to be an awesome second career. But we’ve seen it before with former drivers who have elevated their Hall of Fame cases with their performance and influence behind the microphone.

Ned Jarrett and Dale Jarrett were going to be Hall of Famers without any broadcasting resume, but Benny Parsons got in for a combination of his impact from the booth, along with his 21 Cup victories and one Cup title.

Is Bowyer a long shot? Absolutely.

But there will be a time, if he has an impact for the next 10-20 years, that he could gain some consideration.

Bowyer probably isn’t thinking about it.

“I can promise you this I’ve probably had more fun than about anybody out there these last 16 years, probably too much fun sometimes,” Bowyer said about his career in October. “But would I take anything back or change anything? Absolutely not.

“We got close once [to a title] – finished second and I think fifth – had good runs within the playoffs and things like that. Did I win as many races I would have liked? No, but I had wonderful opportunities.”

“They’re showing me the ropes and everything they’re doing, and I’m picking holes or what could be holes in the thing because I’m seeing it a different way than they’ve looked at it and trying to come up with a new way to solve a problem.” – New William Byron crew chief Rudy Fugle

McMurray Returns For Daytona 500
Former Daytona 500 winner Jamie McMurray will leave the studio for one race in 2021 to compete in NASCAR's premier event.
56 mins ago

Lifting Their Voices
On Martin Luther King Jr. Day, Bubba Wallace and other athletes reflected on using their platforms for social justice.
13 hours ago

What Awaits Larson & Bell?
Kyle Larson outlasted Christopher Bell in the Chili Bowl. Is this a precursor of how their stock car seasons will go?
21 hours ago

Words Carry Consequence
Words and actions carry weight in NASCAR, a lesson quickly learned by Hailie Deegan and Chris Monez, Bob Pockrass writes.
5 days ago
those were the latest stories
Want to see more?
View All Stories
Fox Sports™ and © 2021 Fox Media LLC and Fox Sports Interactive Media, LLC. All rights reserved. Use of this website (including any and all parts and components) constitutes your acceptance of these Terms of Use and Updated Privacy Policy. Advertising Choices. Do Not Sell my Personal Info