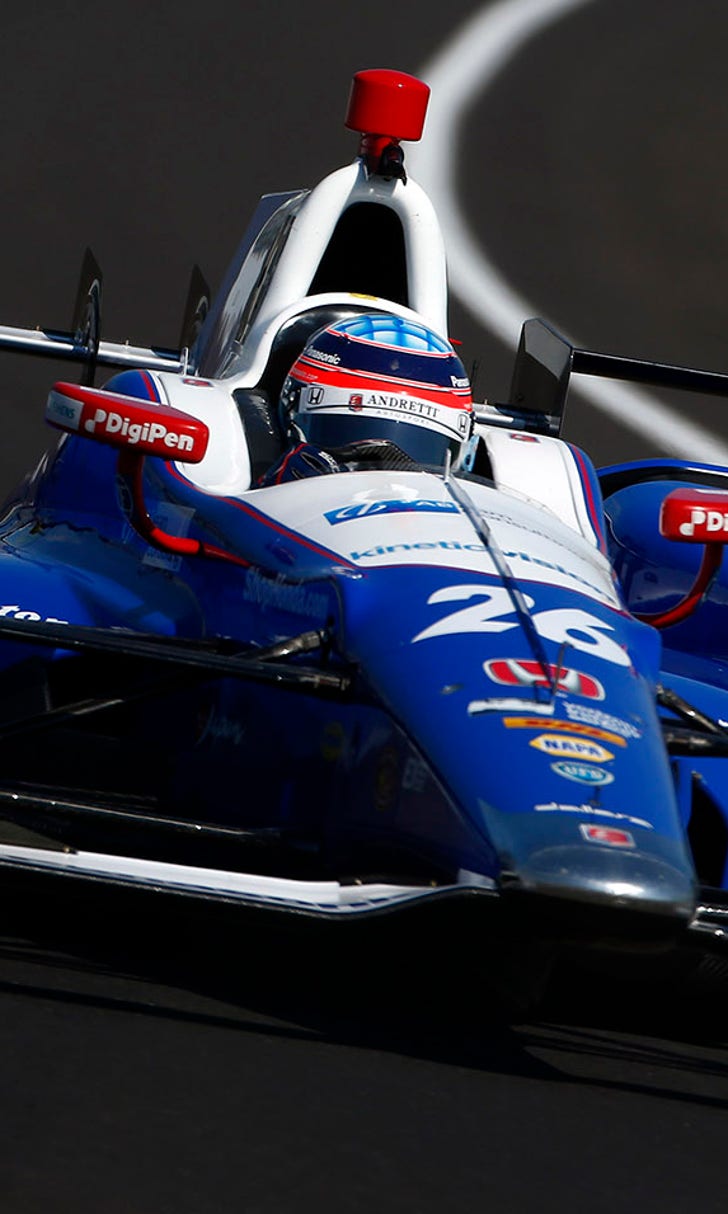 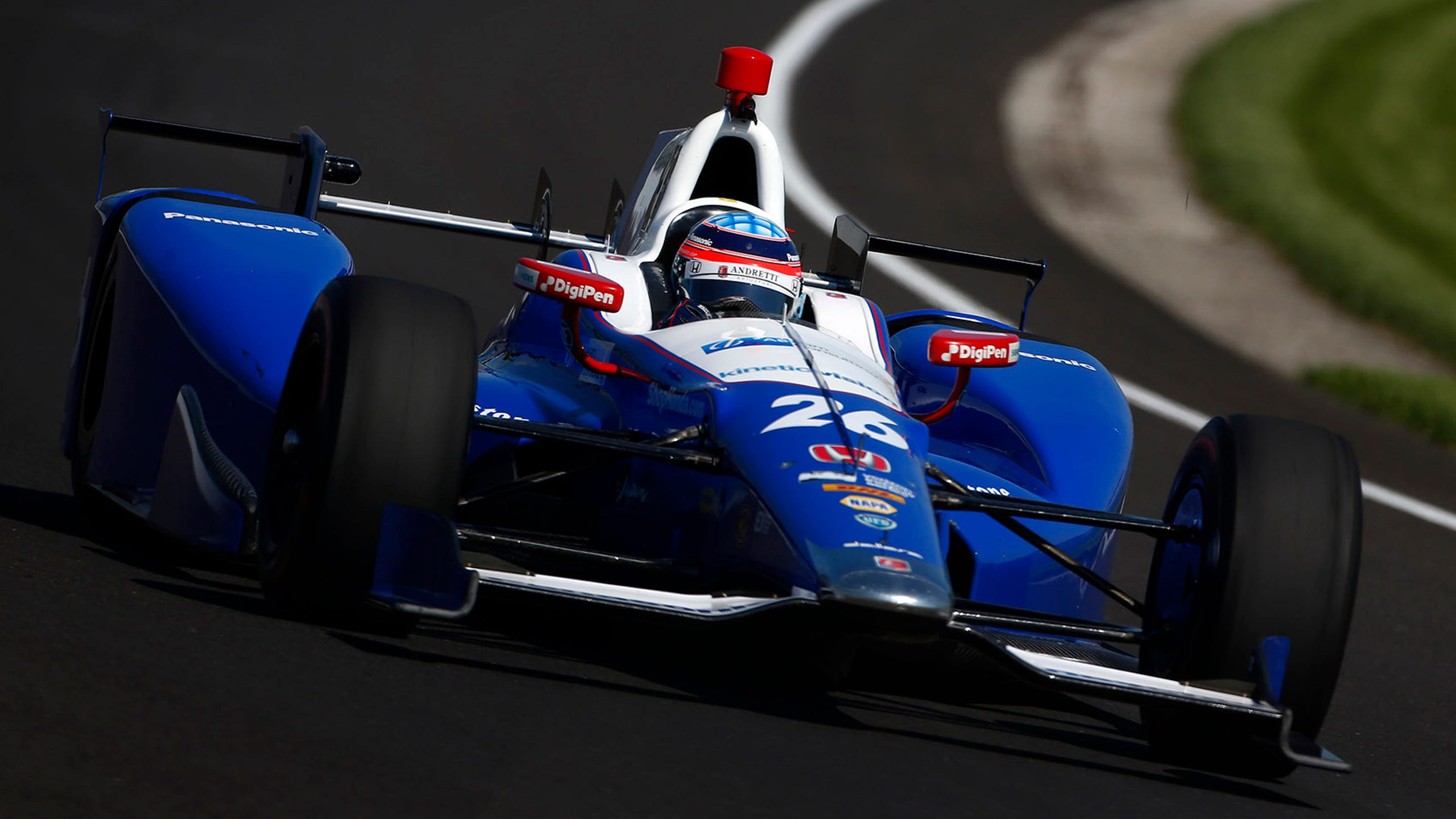 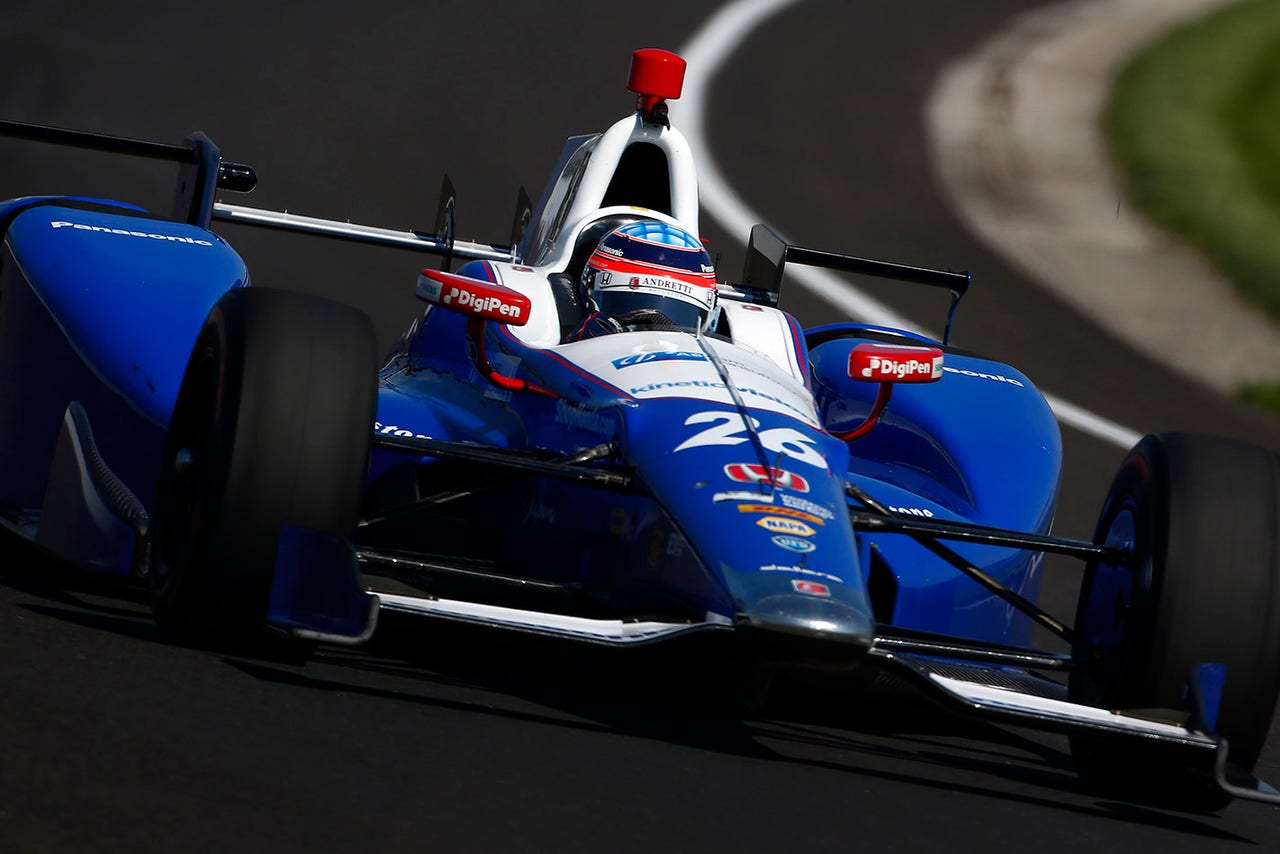 Sato came close to winning the race in 2012, but spun on the final lap while battling Dario Franchitti for the win. On Sunday, the Japanese racing driver, and ex-F1 driver, made it happen while racing for Andretti Autosport.

Scott Dixon led the field away for the first of 200 laps at the 2.5-mile speedway Sunday afternoon, but lost the top spot just six laps in when his teammate Tony Kanaan took over the lead.

Kanaan continued to lead until the first round of stops around Lap 30 and, when it was over, Ed Carpenter found himself out front ahead of 2016 Indianapolis 500 winner Alexander Rossi and two-time F1 champion Fernando Alonso.

Rossi and Alonso then passed Carpenter and took turns trading the lead until Lap 53 when a scary incident took place in Turn 2.

After being passed by Ryan Hunter-Reay in Turn 1, Jay Howard drifted into the outside wall and came back across the track into Scott Dixon. Dixon’s car went airborne before landing on the inside SAFER barrier. Fortunately, both drivers were OK.

The red flag was flown to fix a hole in the inside safety fencing caused by the crash. The fence was repaired and the race was restarted.

The second caution of the day then flew as Conor Daly got into the wall in Turn 3. Jack Harvey was also involved, as he spun after hitting debris from Daly’s wreck.

Sato led the field back to green on Lap 76 but was quickly passed by Rossi and Ryan Hunter-Reay, who took the lead of the first time on Lap 79. The third caution flew on Lap 81 for debris and the field made its third round of stops.

However, Will Power, Max Chilton and Helio Castroneves, who had pit under the second caution, stayed out and led the field back to green. Power led the field at the line but Chilton took it as they hit Turn 1 on Lap 85. It was short-lived, however, as on fresher tires and with a faster car Hunter-Reay retook the lead on Lap 87 and soon started trading the top spot with his teammate Rossi.

However, three-time Indianapolis 500 winner Castroneves now joined the party and took the lead on Lap 95, despite qualifying 19th.

Castroneves continued to lead until he had to pit on Lap 104. The rest of the leaders stayed out for the next few laps, having pitted under the third caution, and after the fourth round of stops it was Hunter-Reay leading the field around the speedway.

Hunter-Reay was still leading when the fourth caution flew on Lap 122 when Buddy Lazier crashed out of Turn 2.

The race was restarted on Lap 129 for a two-lap stint in which Alonso took the lead, but then the fifth caution of the race flew on Lap 131 for debris. When the race restarted again on Lap 135, Hunter-Reay and Alonso started trading the lead again with Alonso coming out on top. Unfortunately for Hunter-Reay his race didn’t last much longer as his Honda engine expired on Lap 137.

Many of the leaders opted to pit under the caution, while eight drivers - led by Max Chilton - stayed out, having pit under the previous caution. While they were in front, they would have to conserve fuel to make it to the end on one more stop.

They were helped when the seventh caution of the race flew immediately as they restarted on Lap 143 as Ed Carpenter suffered a smashed front wing. The green did last long enough for Charlie Kimball to sneak by Chilton for the lead, however.

Kimball led the field back to green on Lap 147 but soon lost it to Chilton who led until he was forced to pit for fuel.

The yellow flew just one lap later when Charlie Kimball - another driver trying to stretch fuel - blew up. James Davison - who started last after substituting for Sebastien Bourdais - led the field into the pits, but it was Helio Castroneves who led the field out. Castroneves was third overall though, as Chilton and Jones - who had pit just before the yellow flew - could stay out under the yellow and have enough fuel to make it to the end.

Chilton led the field back to green for a final 29-lap shootout, but the race was slowed just a few laps later when the Honda engine on Fernando Alonso’s Andretti Autosport car let go.

Chilton continued to lead when they went back to green with 17 to go, but in Turn 1 on the restart James Davison and Oriol Servia made contact, triggering a wreck which collected James Hinchcliffe, Will Power and Josef Newgarden.

Chilton again led the field back to green with 10 laps left to go ahead of Takuma Sato. Sato attempted a pass on the outside of Turn 1 with nine laps to go but it didn’t work and Castroneves went by into second after restarting fourth.

Sato then led Castroneves, Jones, Chilton and Kanaan across the line for his the first Indianapolis 500 victory for a Japanese driver.