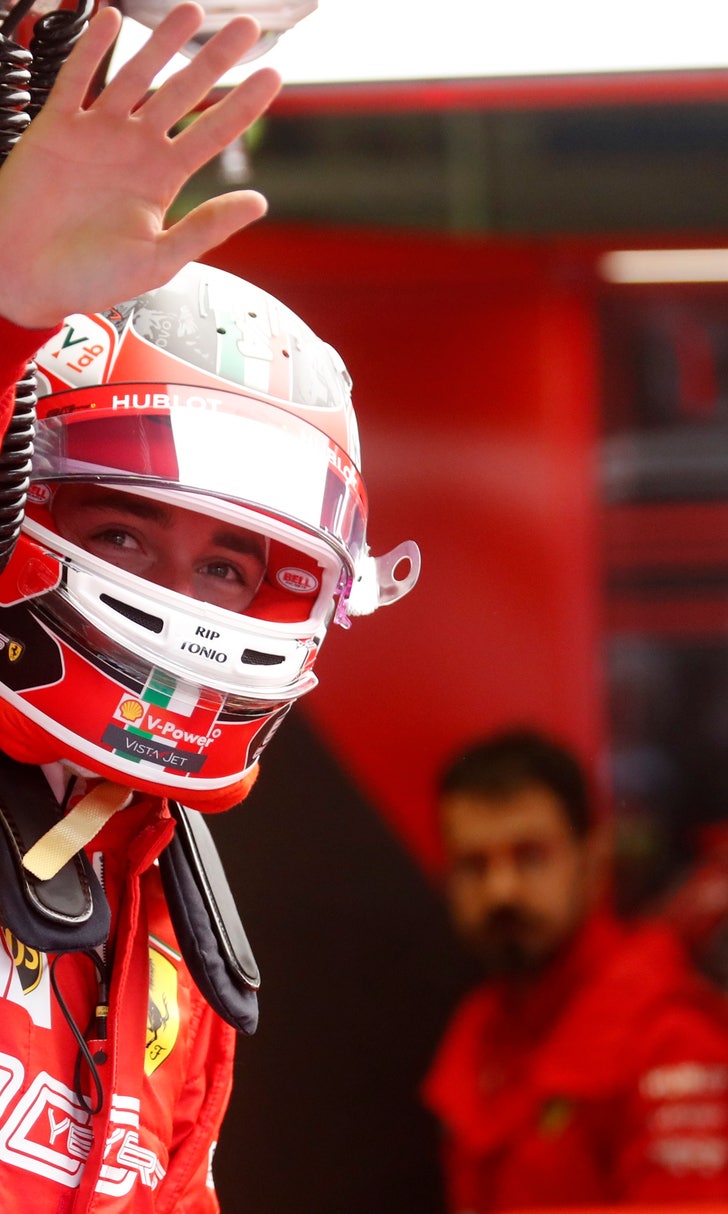 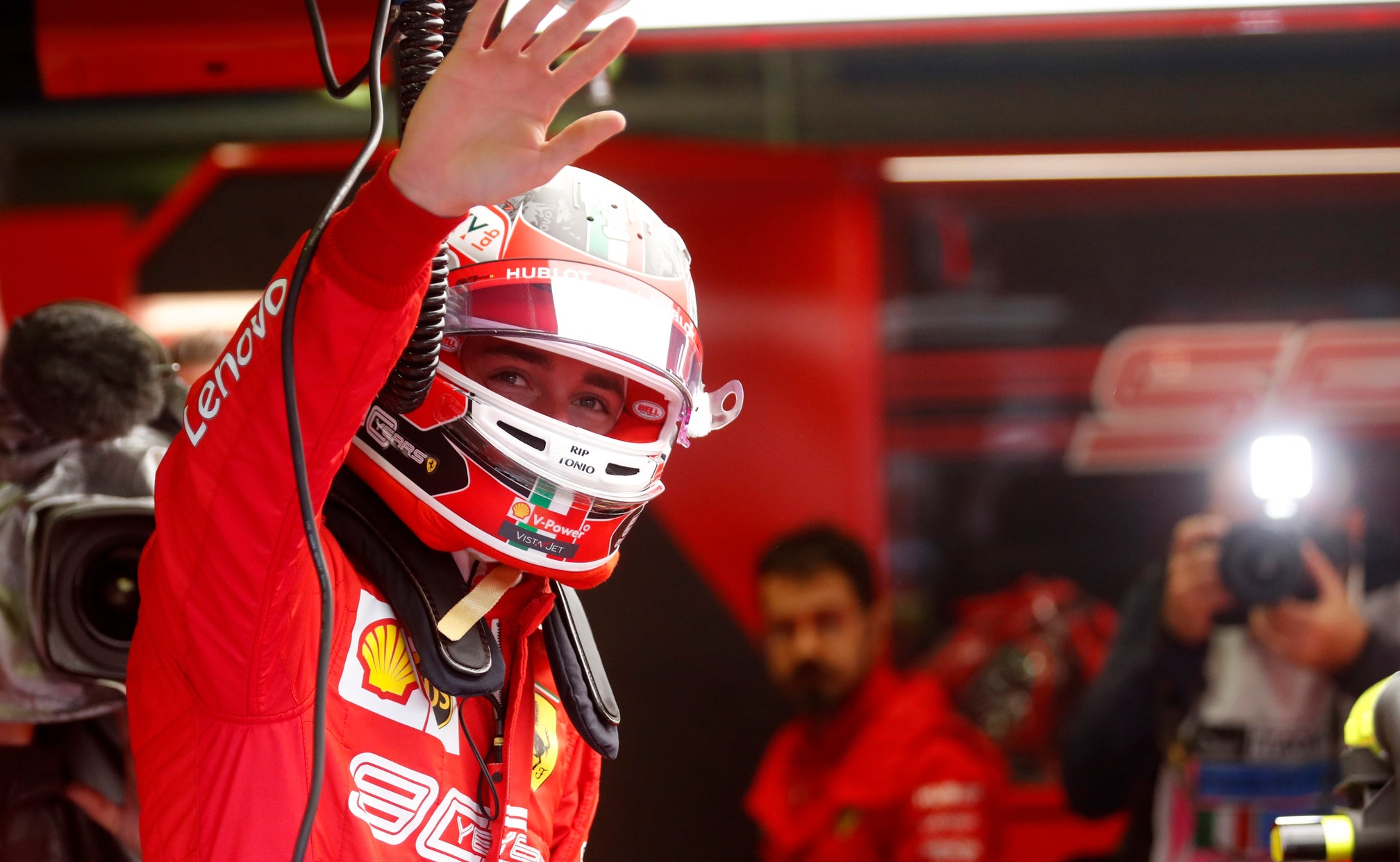 Leclerc fastest in both practice sessions for Italian GP

MONZA, Italy (AP) — Ferrari driver Charles Leclerc posted the fastest time in both practices for the Italian Grand Prix on Friday, giving the team hope it can end a nine-year wait for victory on home soil.

Having already led the morning session, Leclerc was .068 seconds ahead of championship leader Lewis Hamilton in the afternoon and 0.201 clear of Ferrari teammate Sebastian Vettel.

Ferrari hasn't won its home race since Fernando Alonso triumphed at Monza in 2010. But Leclerc claimed his first victory in Formula One last weekend at the Belgian GP.

Hamilton is the man most likely to deny Leclerc back-to-back wins. The Mercedes driver has won four of the past five Italian Grand Prix and is bidding for a record sixth triumph at the historic track to move ahead of Michael Schumacher as the master of Monza.

"I expected them (Ferrari) to be quick on the straight which they are but there's enough corners in which we're able to gain it back," he said. "They're not that quick through the corners so it kind of balances us out."

The second practice was less dramatic than the first, although it did begin to rain again — having cleared up toward the end of the morning — and the session was temporarily halted while gravel was cleared from the track.

There were three red flags during the first practice, including crashes by Kimi Raikkonen and Sergio Perez. Both walked away unscathed.

McLaren duo Carlos Sainz Jr. and Lando Norris finished second and third in that session, .306 seconds and .545 behind Leclerc, respectively.

Hamilton was fourth fastest, 0.825 seconds off the pace, while Vettel was more than two seconds slower than the leader in wet conditions that caused several cars to spin off.

"It was a bit of a challenge there with the weather," Hamilton said, "and it's kind of a bit of a pointless exercise when it's raining because it's all risk and no real reward, you're not really learning a lot, so we didn't do a huge amount of practice in the (first) session and obviously with it being drier in P2 it was much much better for everyone."

Hamilton, a five-time world champion, has a 65-point lead over Mercedes teammate Valtteri Bottas in the standings.