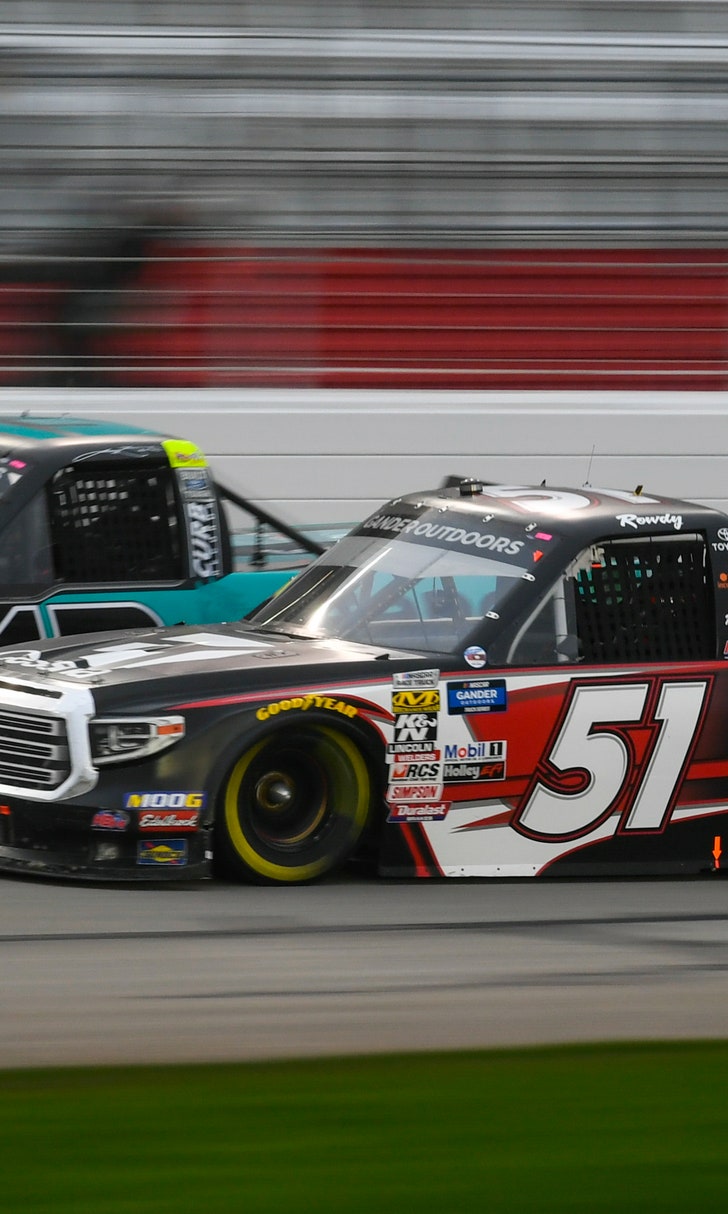 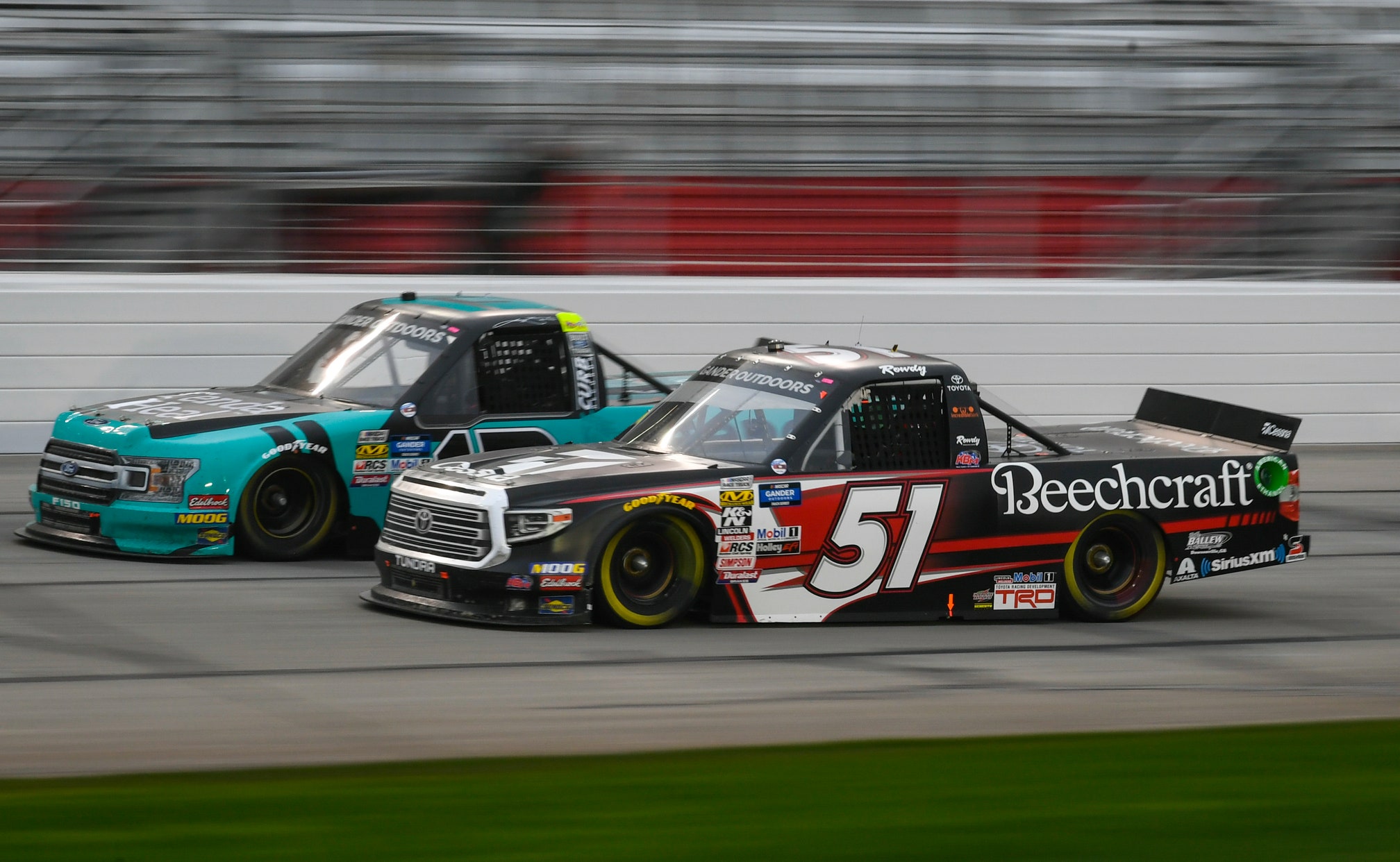 The first 16 victories came in trucks fielded by Billy Ballew before Busch founded his own Kyle Busch Motorsports team. With Ballew in attendance at Atlanta, Busch's Tundra carried the former owner's name.

"I had Billy Ballew on board with us here today," Busch said. "And Billy's right over here as well. It took putting Billy Ballew back on my truck to get me a win here, so we might have to make that an annual reoccurrence."

Busch took Stage 1 and had an unscheduled stop shortly thereafter, but went from 24th to first to claim the second stage and went on for his fifth series win at Atlanta — and first since 2009.

There was a red flag with 13 laps to go after a multi-truck crash on the front stretch. The trucks were under caution until the race was delayed for weather and restarted with five laps left. Busch was never challenged after that in a race he led 92 of the 130 laps.