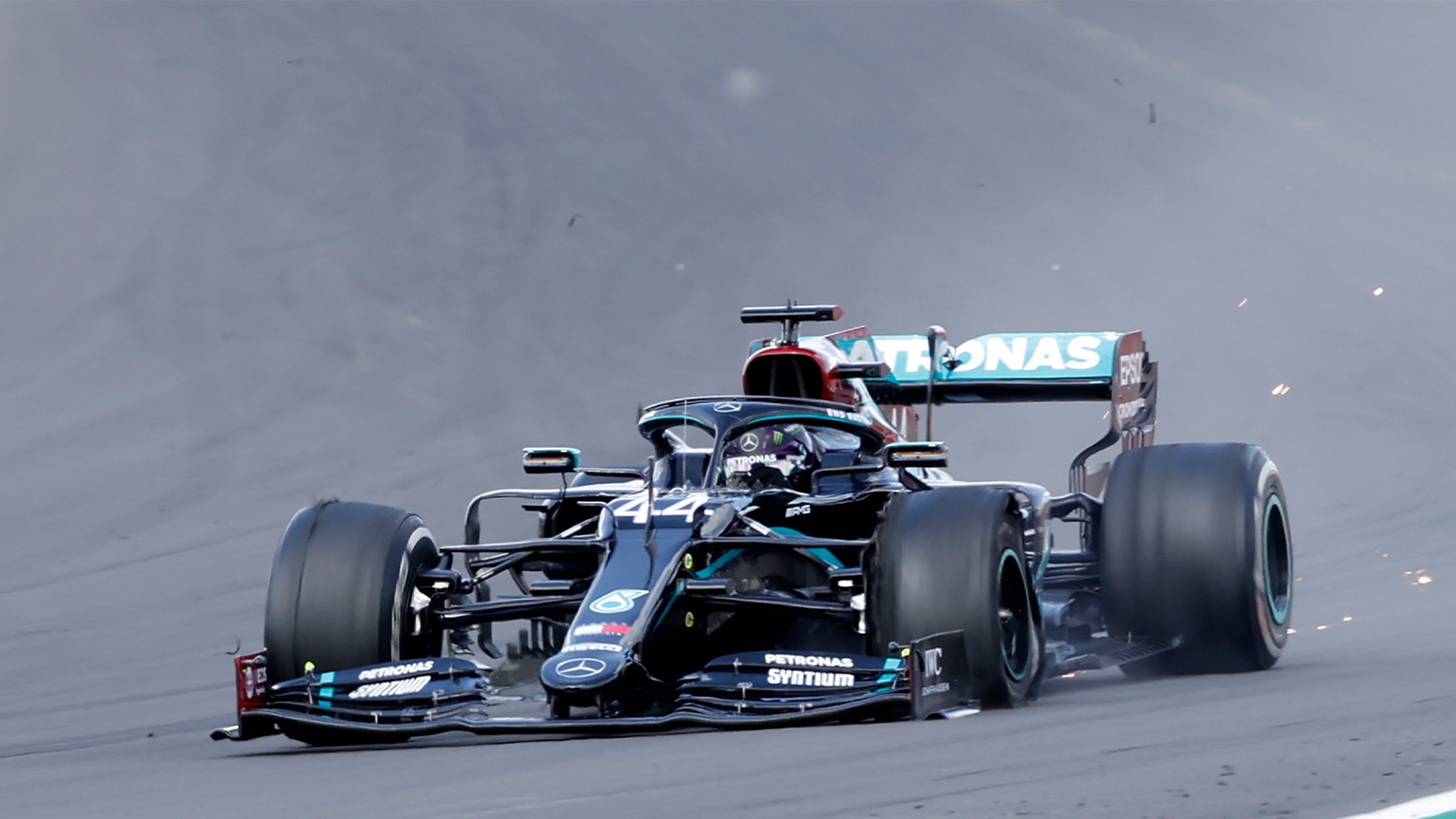 It looked to be a fairly routine win for Hamilton, one of Formula One’s most decorated drivers, with a 32-second lead entering the final lap.

It became anything but, however, when the 35-year-old’s front left tire came apart.

With three tires remaining, Hamilton held on to take the checkered flag for Mercedes despite a late push from Red Bull’s Max Verstappen, who finished 5.856 seconds behind the Englishman.

Here’s what Hamilton had to say about the finish, which brought him a record-extending seventh British GP trophy:

"I just noticed the shape shift a little bit and that was definitely like a heart-in-the-mouth kind of feeling ...

I nearly didn't get round the last two corners but there you go, we did it and I really owe it to the team."

Prior to the race, drivers wore shirts with “End Racism” written on them and a majority kneeled in front of an “End Racism” banner message. 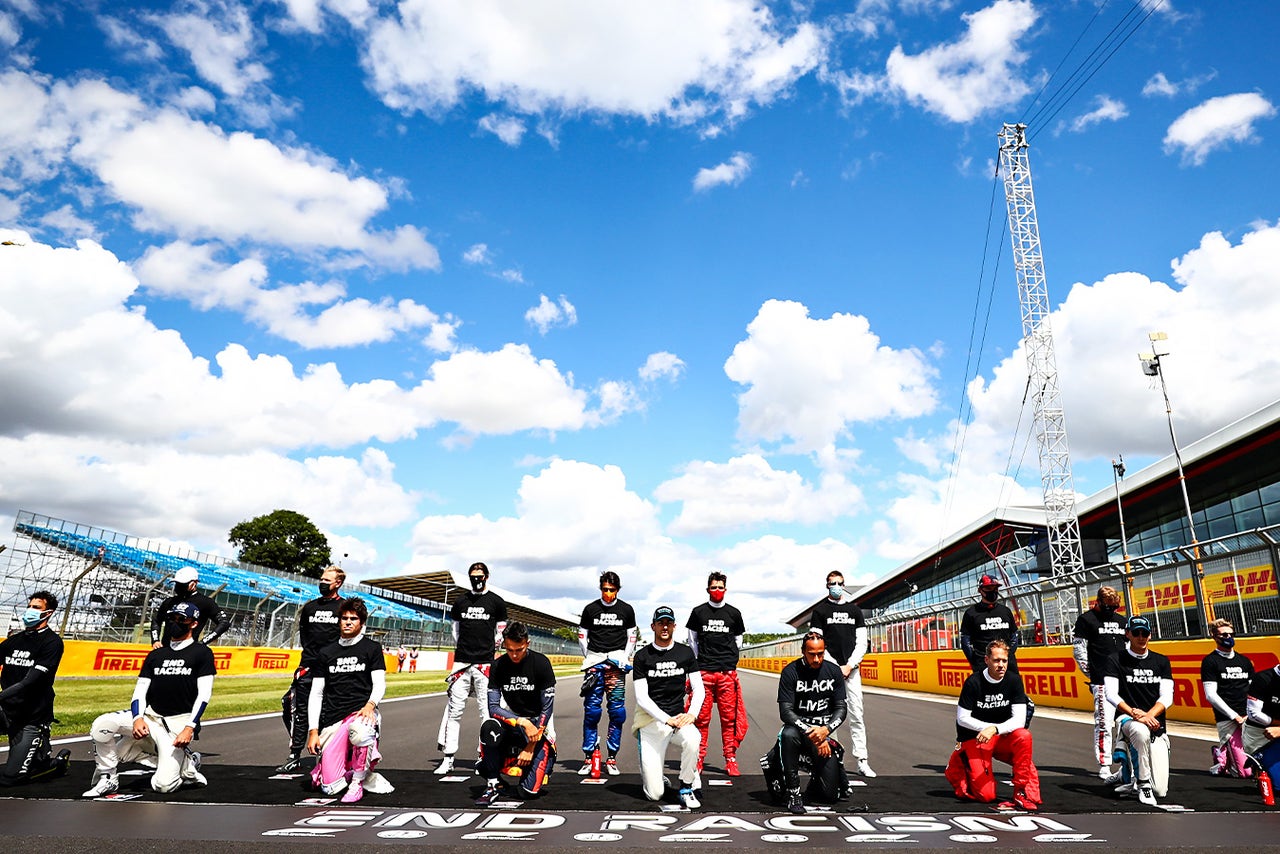 On the podium, Hamilton also raised a fist and bowed his head, as he did after winning the Styrian GP in Austria in June.

Currently atop the standings, Hamilton has six Championships to his name.

Big Battle
Who would you rather have, Joel Embiid or Nikola Jokic? Skip Bayless and Shannon Sharpe opened up the debate on "Undisputed."
23 mins ago

Familiar Faces In New Places
With the MLB season quickly approaching, here's a look at how some of the biggest offseason moves in baseball could pay off.
48 mins ago

Watt To Expect
Geoff Schwartz looks at J.J. Watt's big-money signing with Arizona, while Dr. Matt Provencher assesses the star's injury history.
5 hours ago
those were the latest stories
Want to see more?
View All Stories
Fox Sports™ and © 2021 Fox Media LLC and Fox Sports Interactive Media, LLC. All rights reserved. Use of this website (including any and all parts and components) constitutes your acceptance of these Terms of Use and Updated Privacy Policy. Advertising Choices. Do Not Sell my Personal Info