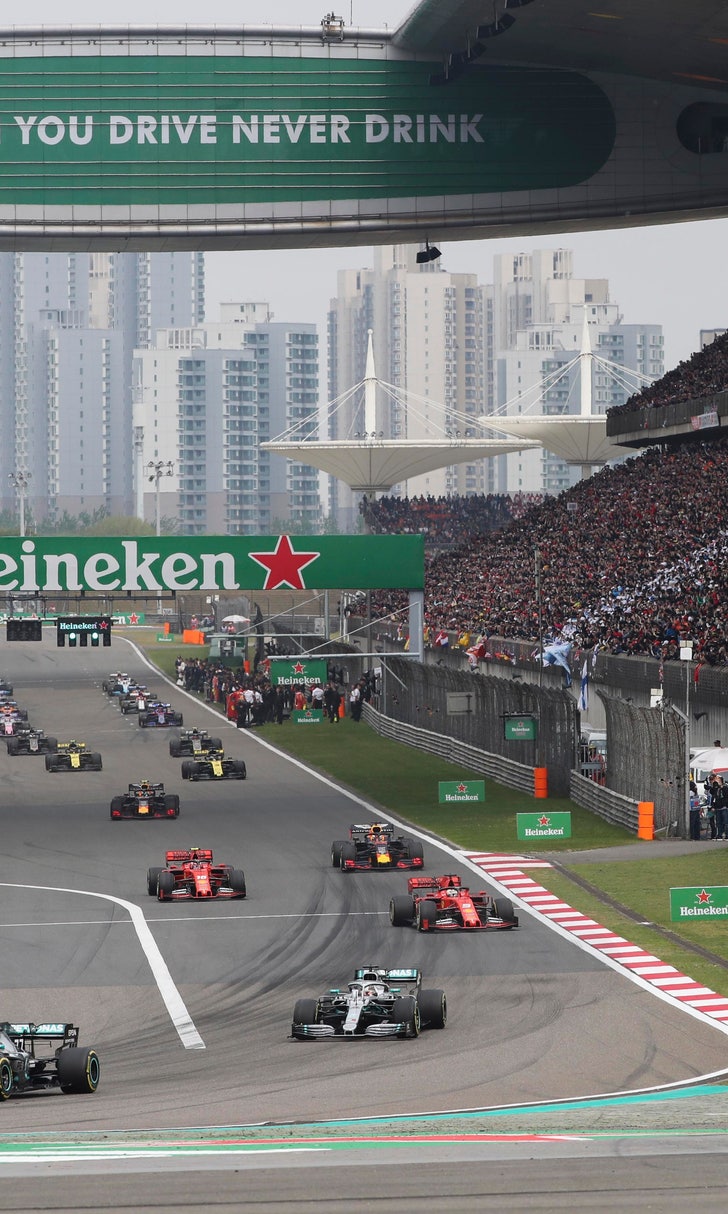 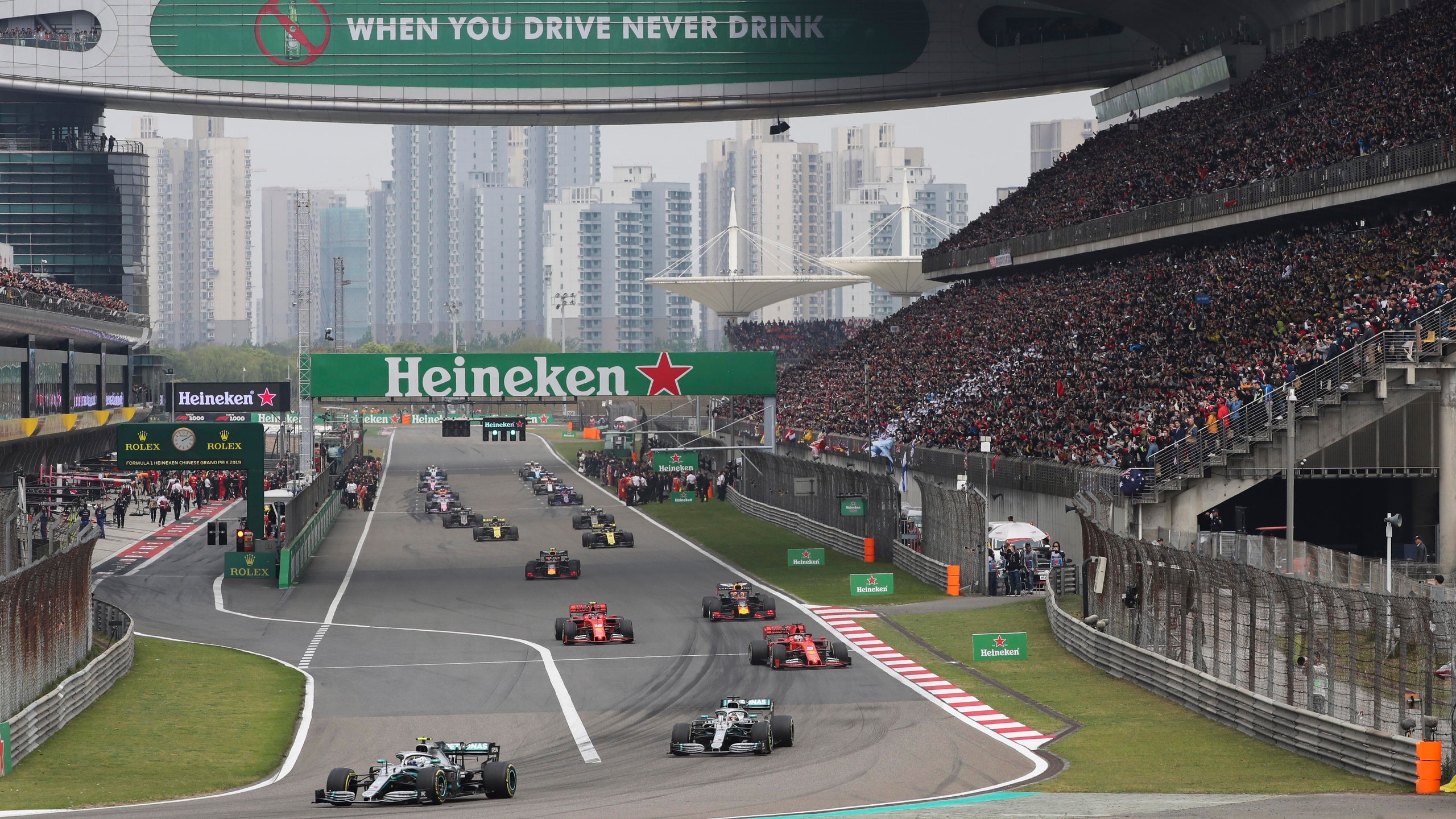 LONDON (AP) — Formula One organizers on Wednesday postponed the Chinese Grand Prix that was due to be staged in Shanghai in April, the latest sporting event impacted by the fast-spreading viral infection in the country.

More than 1,100 people have died in China from the virus, which has been named COVID-19 by the World Health Organization.

One of 22 races on the F1 calendar for 2020 that opens in Melbourne next month, the Chinese Grand Prix was due to be staged on April 19.

The decision to postpone the race was taken after a request from the Shanghai promoter to “ensure the health and safety of the travelling staff, championship participants and fans," F1 said in a statement.

It is the first time a race has been called off since political unrest led to the cancelation of the 2011 Bahrain Grand Prix.

“It's tough," Renault driver Daniel Ricciardo said shortly after the F1 announcement on China. "Obviously mixed feelings because personally I really enjoy the circuit, I had success there. I had a win in 2018 and I got my first points with Renault there last year. So it's been positive for me.

“I feel for the fans and everyone that's going to miss out, but more importantly I feel for China, what they are going through at the moment with the virus. But on the flip side, I'm glad that some initiative has been taken and that we're not putting anyone else at risk.”

Speaking at the launch of the Renault team's F1 car for 2020, Ricciardo said that a decision was needed now because teams have to send in equipment and personnel well in advance of races.

"(The virus) still hasn't been controlled to full effect,” the Australian said at Renault's showcase store on the Champs-Élysées. “The problem is freight and all that would have to go this week, and they had to make an early call on it. Hopefully by April, things are controlled but this is a decision that needed to come soon.”

Motor sport officials from F1's governing body, the FIA, Chinese organizers and teams will remain in discussions about whether the race can be rearranged this year.

“All parties will take the appropriate amount of time to study the viability of potential alternative dates for the grand prix later in the year should the situation improve,” F1 said.

Other virus-enforced cancellations or postponements range from soccer and Olympic qualifying events to golf tournaments.

The Tokyo Olympics open on July 24 and organizers have repeatedly said the games will not be cancelled or postponed. But many Olympic qualifying events are in disarray, with Chinese athletes not free to travel outside the country to participate.

Center Of Attention
After dominating the first half of the NBA season, is Joel Embiid currently the MVP and best player in the NBA?
2 hours ago

Best To Worst: MLB's Offenses
With Opening Day on the horizon, Ben Verlander ranks all of MLB's offenses, from those to be feared to those in need of help.
4 hours ago

All Love In H-Town
Even after an ugly breakup, James Harden got a warm welcome from the team and fans with whom he spent eight seasons, Melissa Rohlin writes.
16 hours ago
those were the latest stories
Want to see more?
View All Stories
Fox Sports™ and © 2021 Fox Media LLC and Fox Sports Interactive Media, LLC. All rights reserved. Use of this website (including any and all parts and components) constitutes your acceptance of these Terms of Use and Updated Privacy Policy. Advertising Choices. Do Not Sell my Personal Info