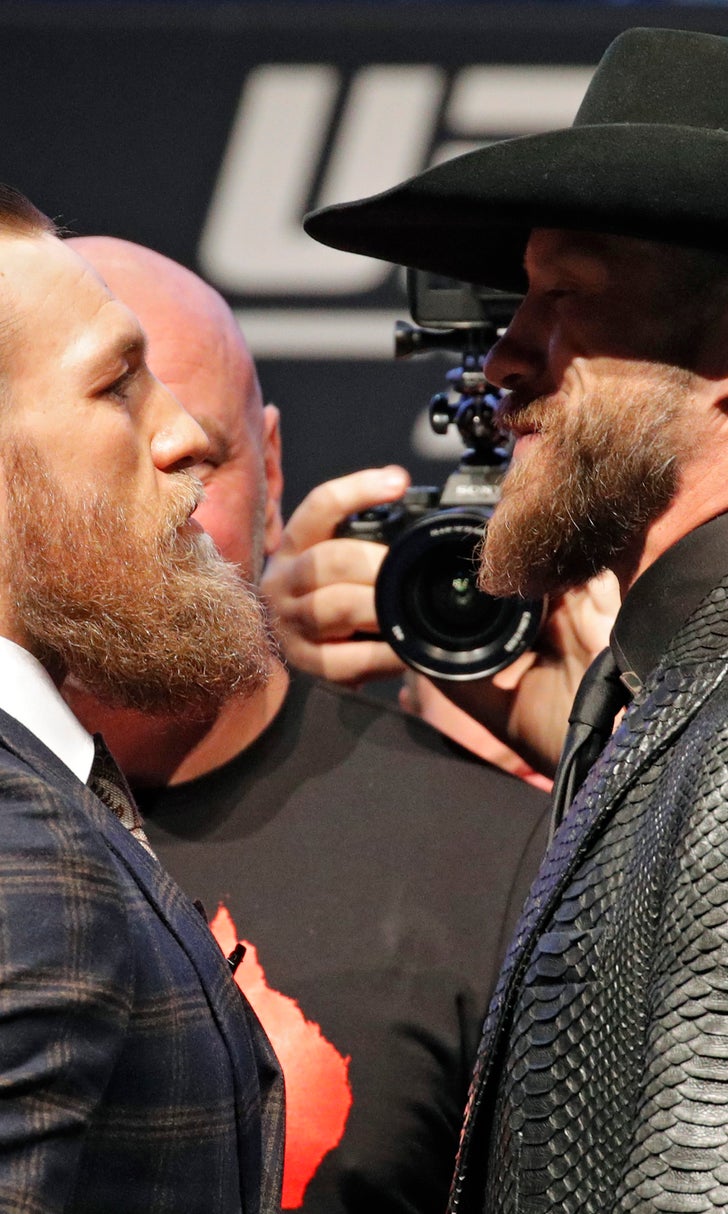 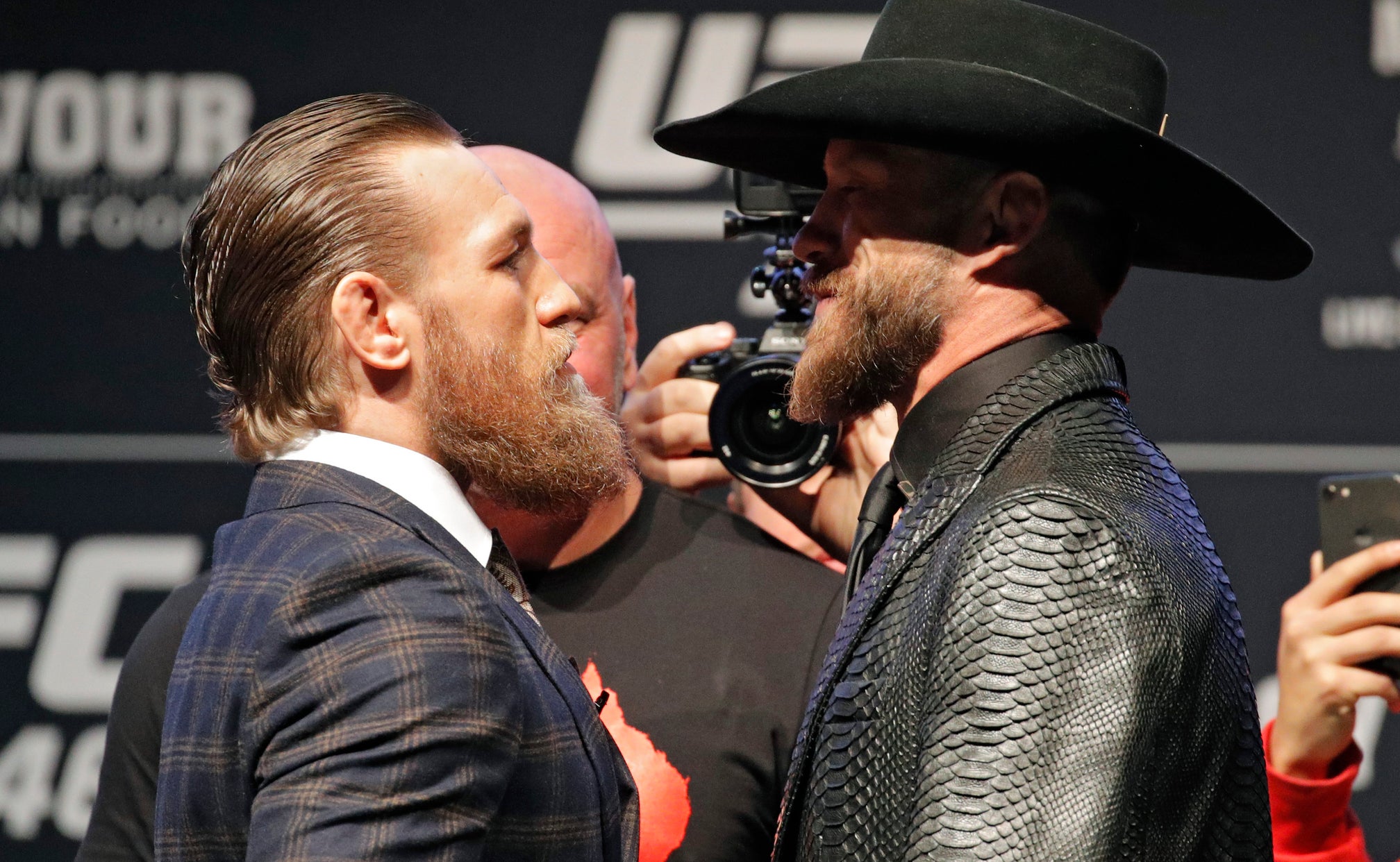 LAS VEGAS (AP) — Conor McGregor became a two-division UFC champion because he was a tremendous fighter. He became the biggest mixed martial artist in the world only because he talked an even bigger game.

McGregor's loquacious, pugnacious personality was an enormous factor in his rise to previously unattainable heights in this still-young sport. Delivering ridiculous boasts and delectably profane insults with a charming Irish lilt, he needed less than five years to propel himself from low-profile shows in Dublin to UFC dominance and the unprecedented payday of his boxing match with Floyd Mayweather.

But after three rough years inside and outside the cage, McGregor has changed his public approach to his profession for his comeback fight in Las Vegas this week.

He has promoted his meeting with Donald “Cowboy” Cerrone at UFC 246 on Saturday night with compliments for his opponent mixed with humble self-effacement. Now a father of two, McGregor (21-4) claims he is calmer and more centered than the rampaging superstar who has had more arrests (at least three) than sporting victories (zero) since 2016.

The world will soon find out whether McGregor is the same fighter now that his trash talk has been recycled into good vibes.

The Budweiser-drinking, Harley-riding Cerrone (36-13) has never been big on verbal competition during his 14-year professional MMA career, anyway. He is more interested in standing in the center of the cage and trading shots with McGregor — and the Irish ex-champion says he is eager to play that game.

Cerrone once shared the MMA world’s dismissiveness of the brash slugger from Ireland — or England, as Cerrone once thought during a memorable exchange five years ago in which the 6-foot-1 Cerrone criticized the 5-foot-9 McGregor for moving up to lightweight.

They're meeting Saturday as welterweights, a full 15 pounds above lightweight. McGregor has long since earned Cerrone’s respect by “doing exactly what he said he was going to do.”

“He grew the sport so well,” Cerrone said. “The dude is a superstar. He brings a lot of eyes, a lot of attention. ... He has such an awesome platform. Why not be a good role model? Why not be a good person? It’s the same thing I’ve been preaching the whole time. It’s good to see him taking the right path. I like it.”

McGregor's fans will soon decide whether they like it as well.

McGregor and Cerrone are the main event and easily the biggest attraction at UFC 246, a rare marquee show in January in the promotion's hometown. The UFC typically holds its biggest Vegas shows in December and March, but they slipped another event into T-Mobile Arena when McGregor chose this date for his return.

McGregor's new outlook is fairly shocking behavior from a fighter who verbally goaded Jose Aldo into making a decisive mistake to begin McGregor's 13-second knockout victory in 2015. McGregor tried similar manipulations against Mayweather and Khabib Nurmagomedov in recent years, but both champions handled him with ease.

McGregor likely knows those tactics have no prayer of working against Cerrone, whose fighting ego is fully subsumed by his desire to get money for beer and jet ski fuel. Cerrone said he is getting the biggest payday of his career in his 51st professional fight.

Instead, both fighters are likely to engage in a striking contest until one of them goes down. Cerrone has been stopped in his last two fights, but he still possesses enough punching power and kickboxing skill to concern any opponent, including McGregor and his tough chin.

McGregor claims he allowed the UFC to choose Cerrone as his opponent, and the two well-known veterans should make a surefire combination for pay-per-view success.

Although his tone is decidedly less boastful than in past years, McGregor is confident about victory followed by a quick return to the cage after three years of near-inactivity.