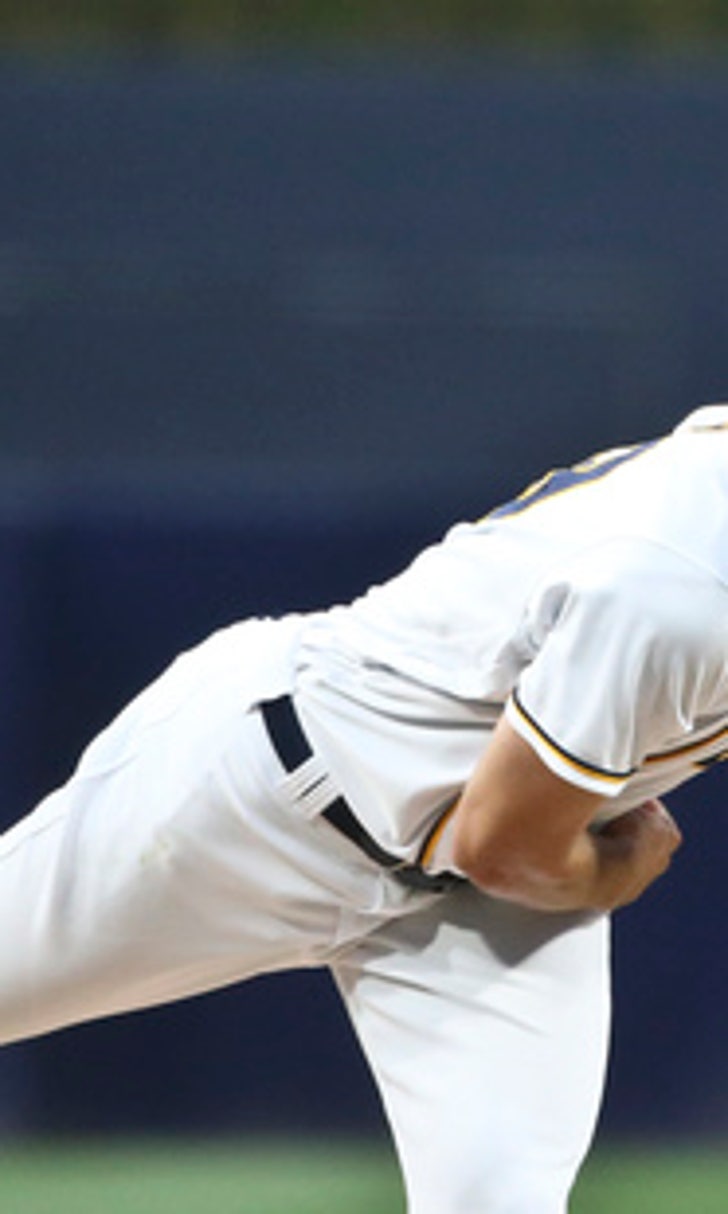 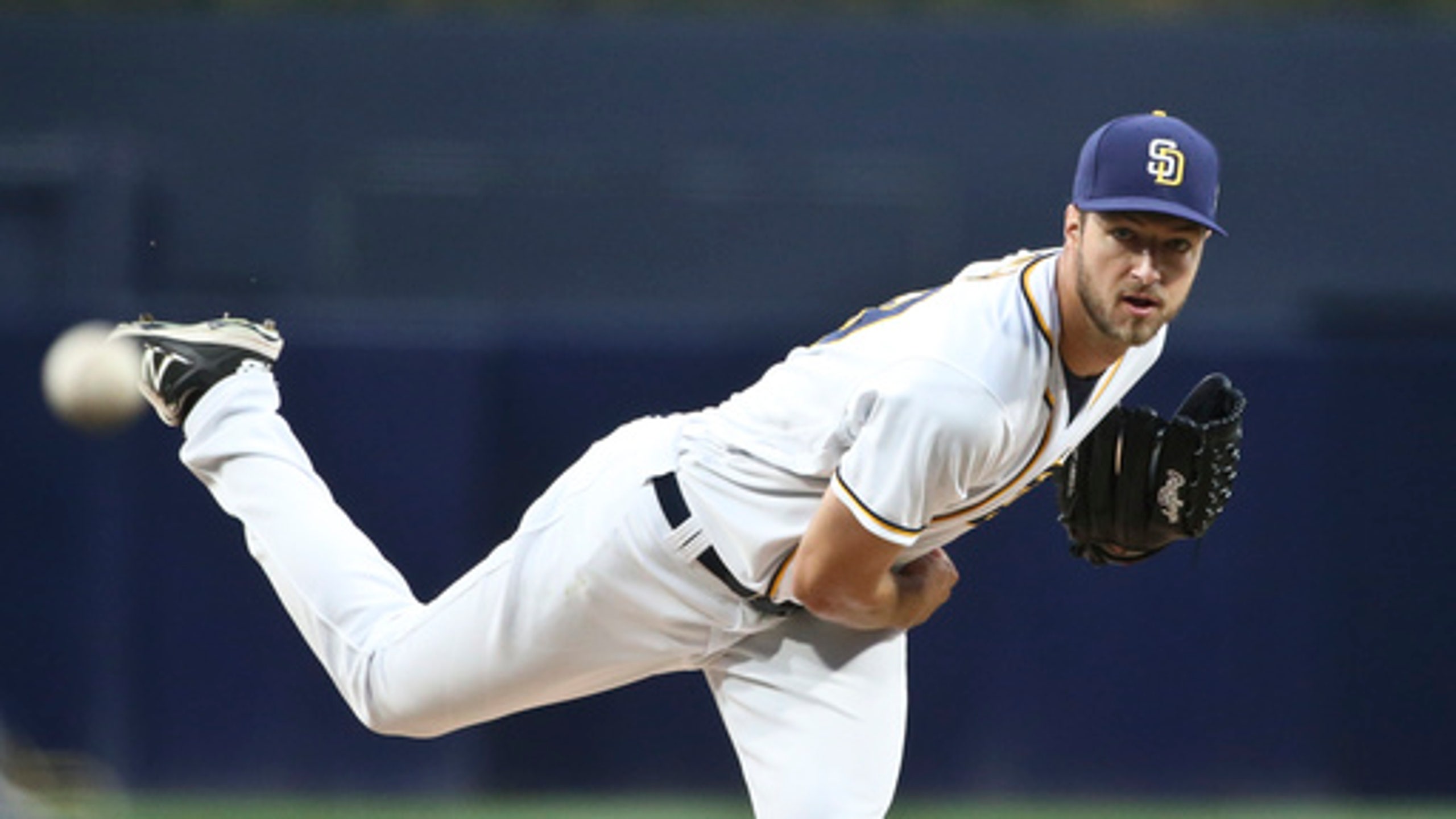 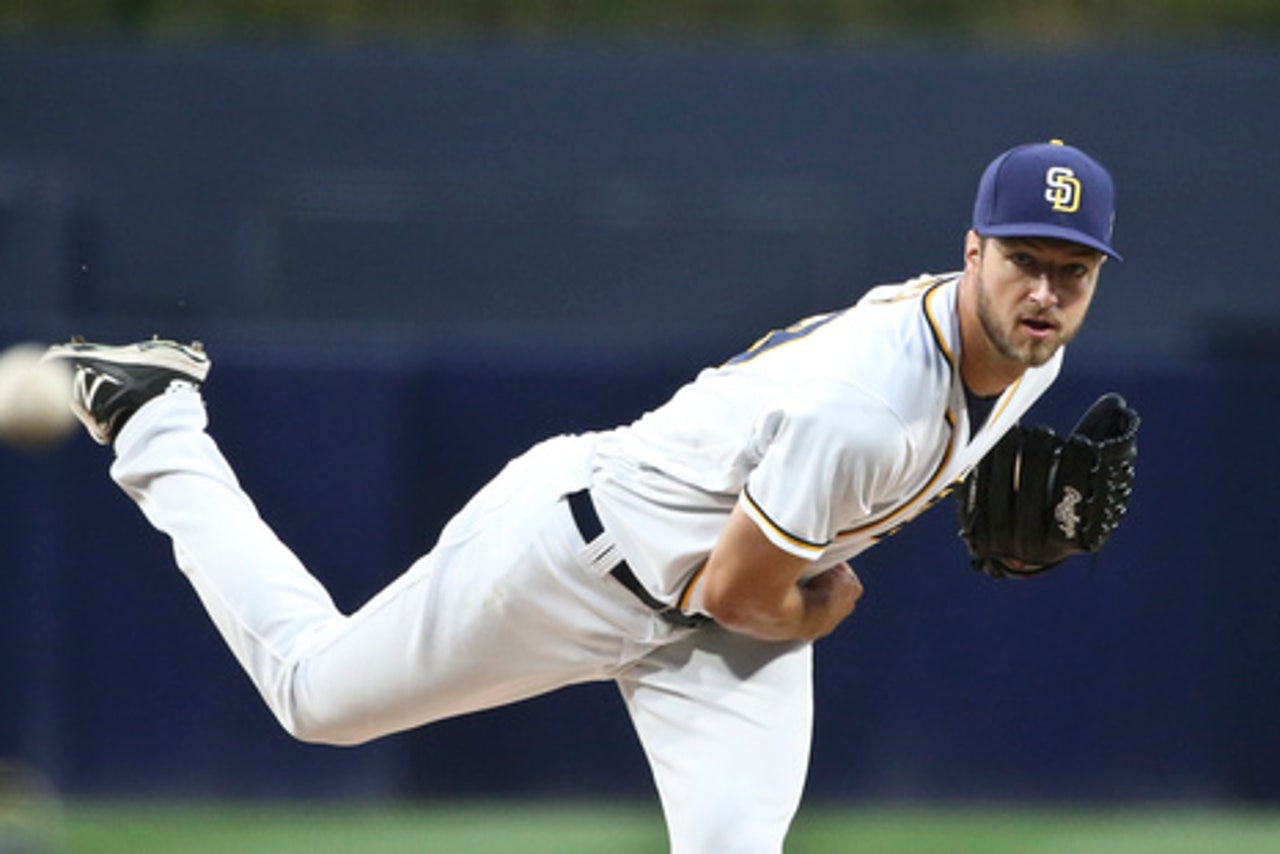 SAN DIEGO — The shift helped keep Colin Rea's no-hit bid going into the seventh inning, and then a shift cost the right-hander a chance at the San Diego Padres' ever-elusive gem.

Rea lost his no-hit bid with two outs in the seventh inning when Yoenis Cespedes singled the other way against a shift, and finished with eight-plus innings of three-hit ball as the Padres beat the New York Mets 5-3 Thursday night.

The Padres remain the only team in the major leagues without a no-hitter, failing to achieve the milestone in 7,519 games since 1969.

"I love baseball, I love moments that haven't happened before and I loved watching Colin chase it for as long as he got the opportunity to chase it tonight," manager Andy Green said. "It would have been great to go a little bit longer. Somebody should have just told me not to shift on Cespedes that time and we would have been better off."

Rea (3-1) had retired 19 straight batters until Cespedes grounded a single through the right side where the second baseman normally would have been. The no-hit bid was extended by the shift several times.

"It was definitely in my head," said Rea, who was making his 12th career start after making his big league debut last season. "You know the situation that's going on. It's fun out there. It was good to get a win, too."

Rea said he was so effective with his fastball because he was on the same page with catcher Derek Norris.

"When it ended you just had to move on and get the next batter," he said. "The shift came into play multiple times before that. It saved more hits than we gave up."

The Mets' only baserunner to that point was David Wright, who walked with one out in the first.

Rea's no-hit bid also was preserved when Jon Jay made a nice sliding catch of Curtis Granderson's fly ball on the warning track in center for the final out of the third.

Asked if he saw the shift and tried to push it the other way, Cespedes said: "No, in the two at-bats prior to me getting the hit to right field, my front shoulder was flying open so I adjusted to let the ball get deeper.

"None of us were actually trying so much," Cespedes said. "We were aware of what was going on and the job was just try to go to home plate as a team and get the job done to get a hit."

The Padres have had a handful of close calls but remain without a no-hitter.

"I'm not sure what the odds are of all the years it hasn't happened," Green said. "You'd love to see it. I'm well aware of that and was willing to ride him as long as it took if he gave us the opportunity."

Manager Terry Collins said the Mets "hit some balls good again tonight. You know that's part of the game. Jon made a tremendous play in center field on Grandy's ball."

Asked if that was about as much shifting as he's seen a team do, Collins said: "No. It's part of the game today, I've seen it worse. I've seen teams do more."

Green let Rea go out for the ninth in an attempt to get his first complete game in 12 career starts, but pulled him after he allowed Granderson's leadoff homer to center, his fifth. Brad Hand came on and walked David Wright before allowing Cespedes' two-run homer with one out, his ninth.

Fernando Rodney got the final two outs for seventh save.

The 25-year-old Rea struck out five and walked one.

Derek Norris finished a triple short of the cycle for the Padres.

Rea got enough support from the Padres' sometimes anemic offense, which jumped on Jacob deGrom (3-1).

Wil Myers homered to straightaway center with one out in the first, his sixth. Rea hit an RBI single in the second and Alexei Ramirez had an RBI double in the third.

"I don't even know how many hits I gave up when I had guys with two strikes and just couldn't put them away," he said. "Leaving the offspeed in the middle, give them a chance and then at times throwing it not even close to the zone so then it goes to 3-2, and there's a pretty good chance there's a fastball coming there so they end up getting a hit off that."

Logan Verrett came on to start the sixth for the Mets and surrendered Norris' home run to left, his second. The Padres added another run on an error.

DeGrom allowed three runs and eight hits in five innings, struck out two and walked one.

Mets: RHP Noah Syndergaard (2-1, 2.51) is scheduled to start for the Mets in the second game of the four-game series on Friday.