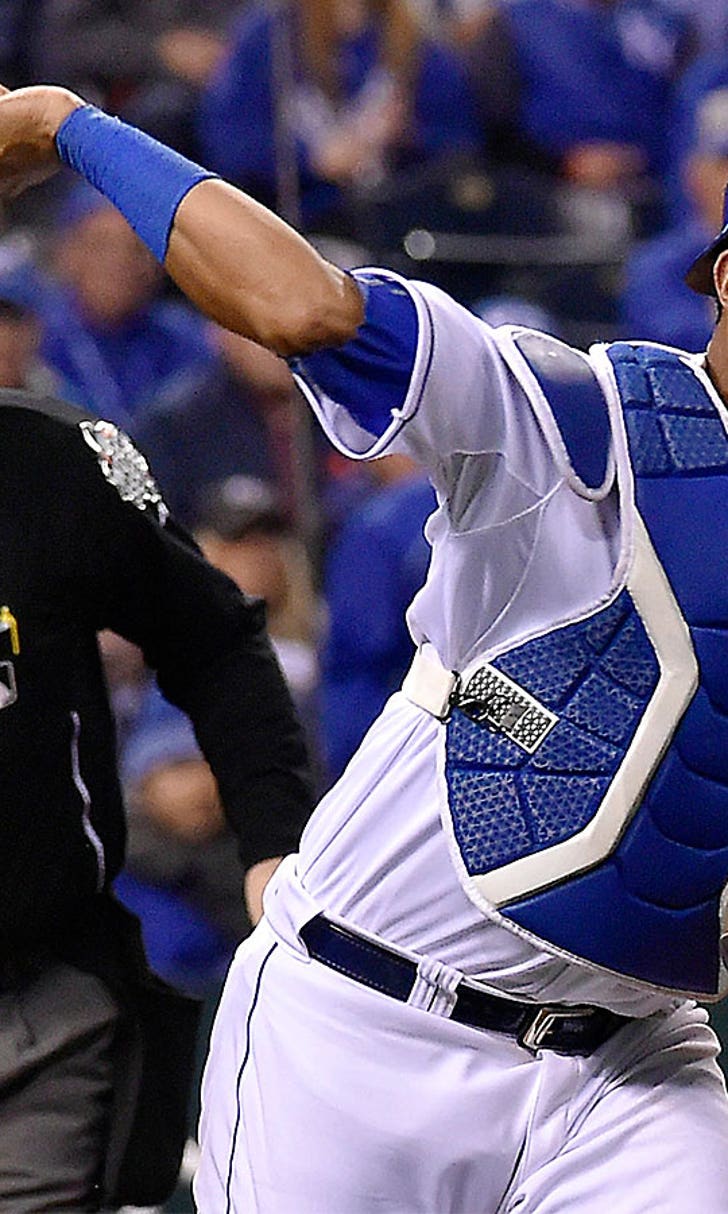 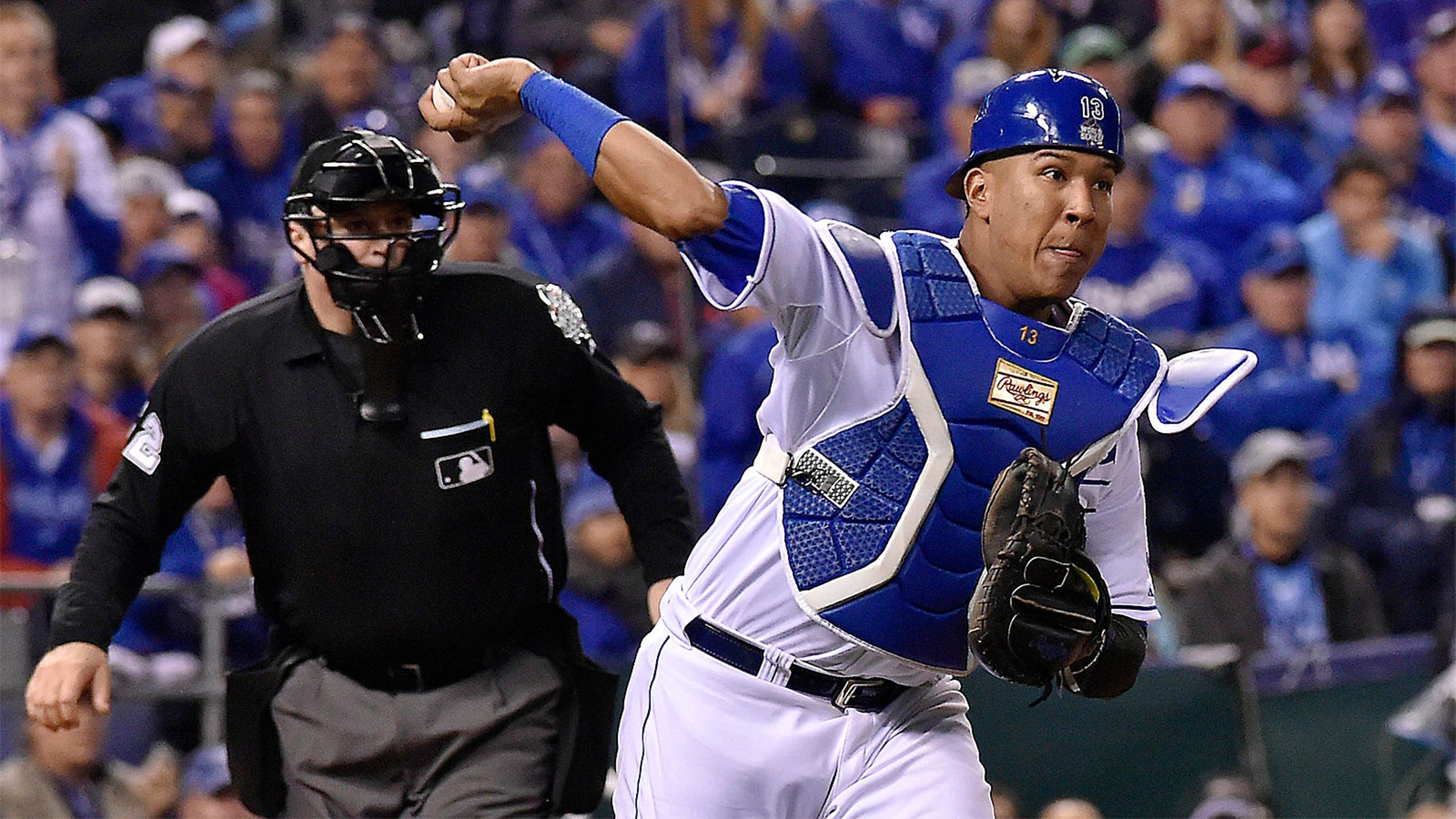 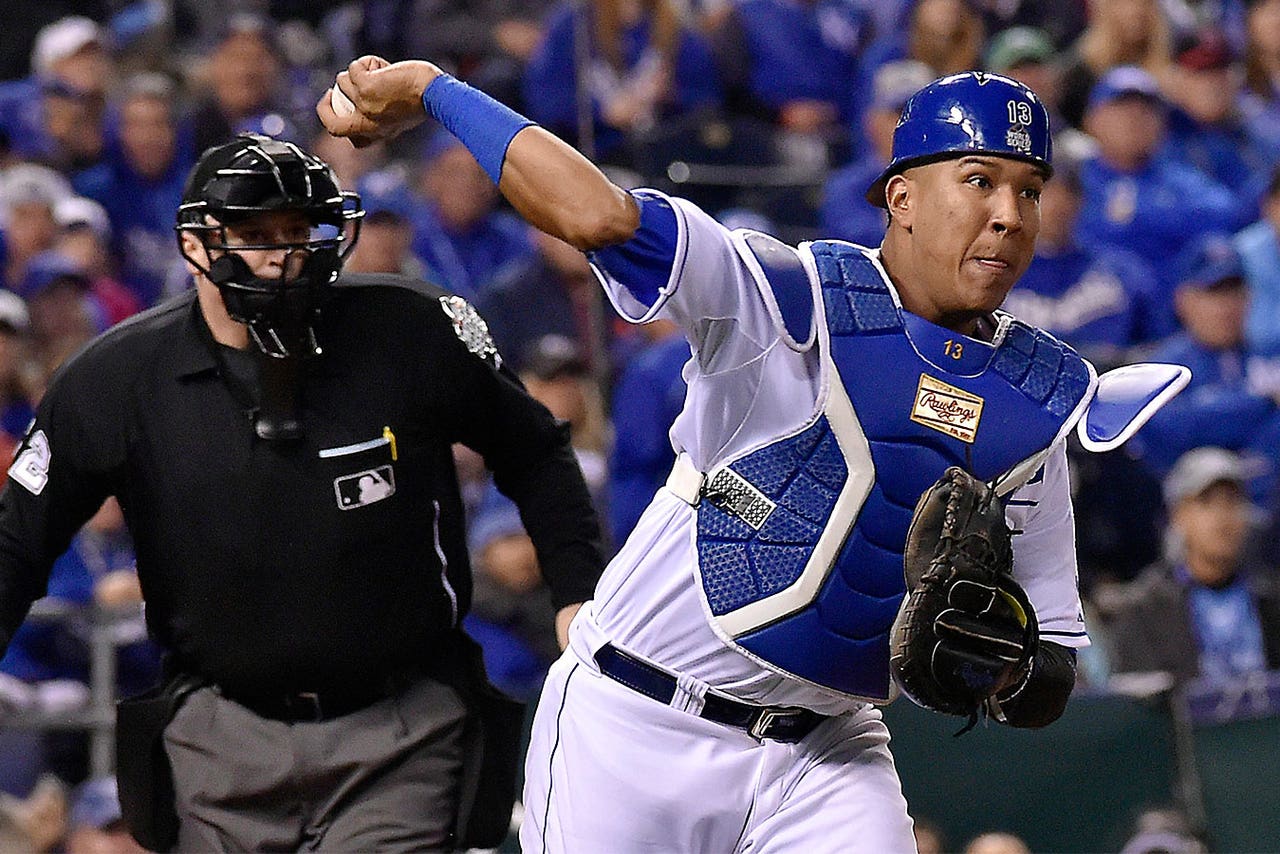 Cameras caught the Kansas City catcher dabbing his fingers in the sticky substance on the side of his leg as he crouched behind the plate.

Royals manager Ned Yost was asked Wednesday if he was surprised the subject was even brought up.

"No, they look for any stupid thing to bring up. It's not illegal for a catcher to get an extra grip. A pitcher is illegal. But Sal is not putting anything on the ball for the pitcher. He uses it for his own -- he just taps it lightly so that he gets a better grip when he throws -- which is completely legal," Yost said.

Mets manager Terry Collins had no issue with the pine tar on Perez's equipment.

"I've seen throughout baseball, everywhere, you have it. And again, catchers, they've got to get a grip, too, especially on cold and damp nights. They need a grip on the baseball, so they use pine tar for themselves," Collins said. "It's so obvious, the umpires see it, too. And if it's that obvious, they would do something about it. But because it's only really a concern with the pitchers, and I don't think there's really enough to put on there that you can wipe it on and throw the ball back to the pitcher to where it's going to affect how the pitcher throws the baseball."

Collins recalled even pitchers using plenty of pine tar when he was managing a minor-league team in Albuquerque, New Mexico, where it was cold and dry.

"I had pitchers, you couldn't shake their hand because you couldn't get your hand away from them," Collins said, drawing laughs. "The argument was, you can either do this or you can let this wild sucker throw some balls at 95 mph with no command. I think any hitter would say, let him have a little command on it, it's OK."