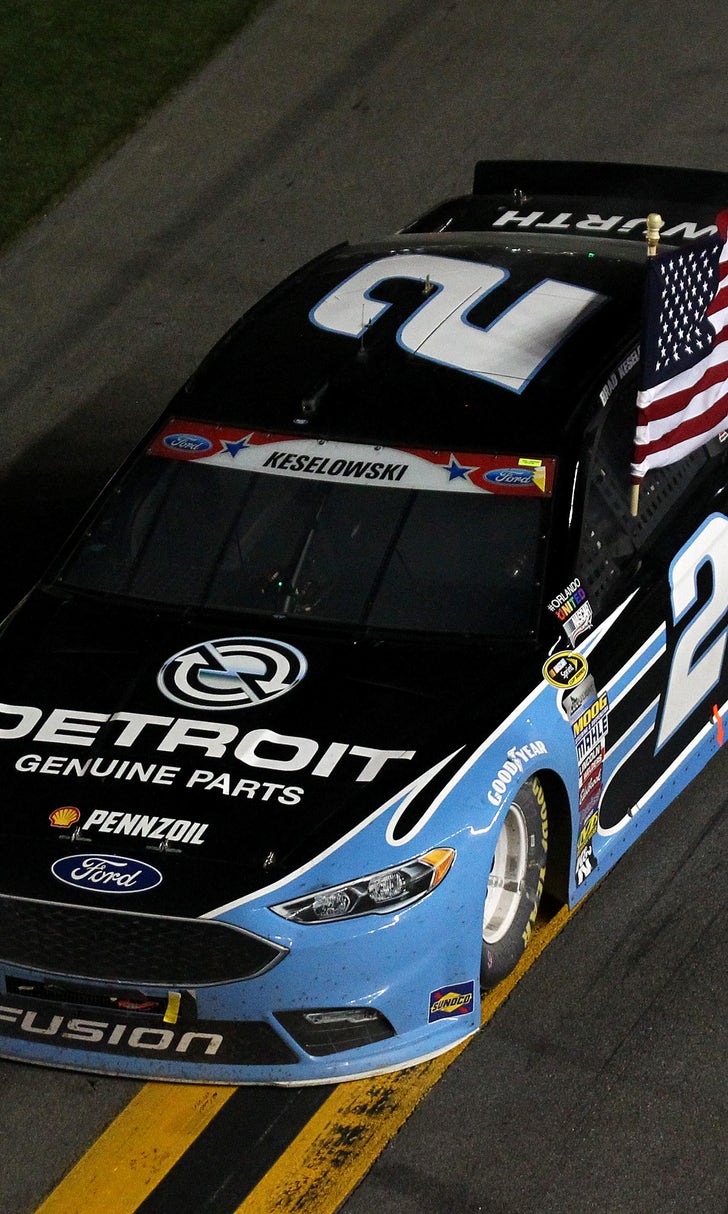 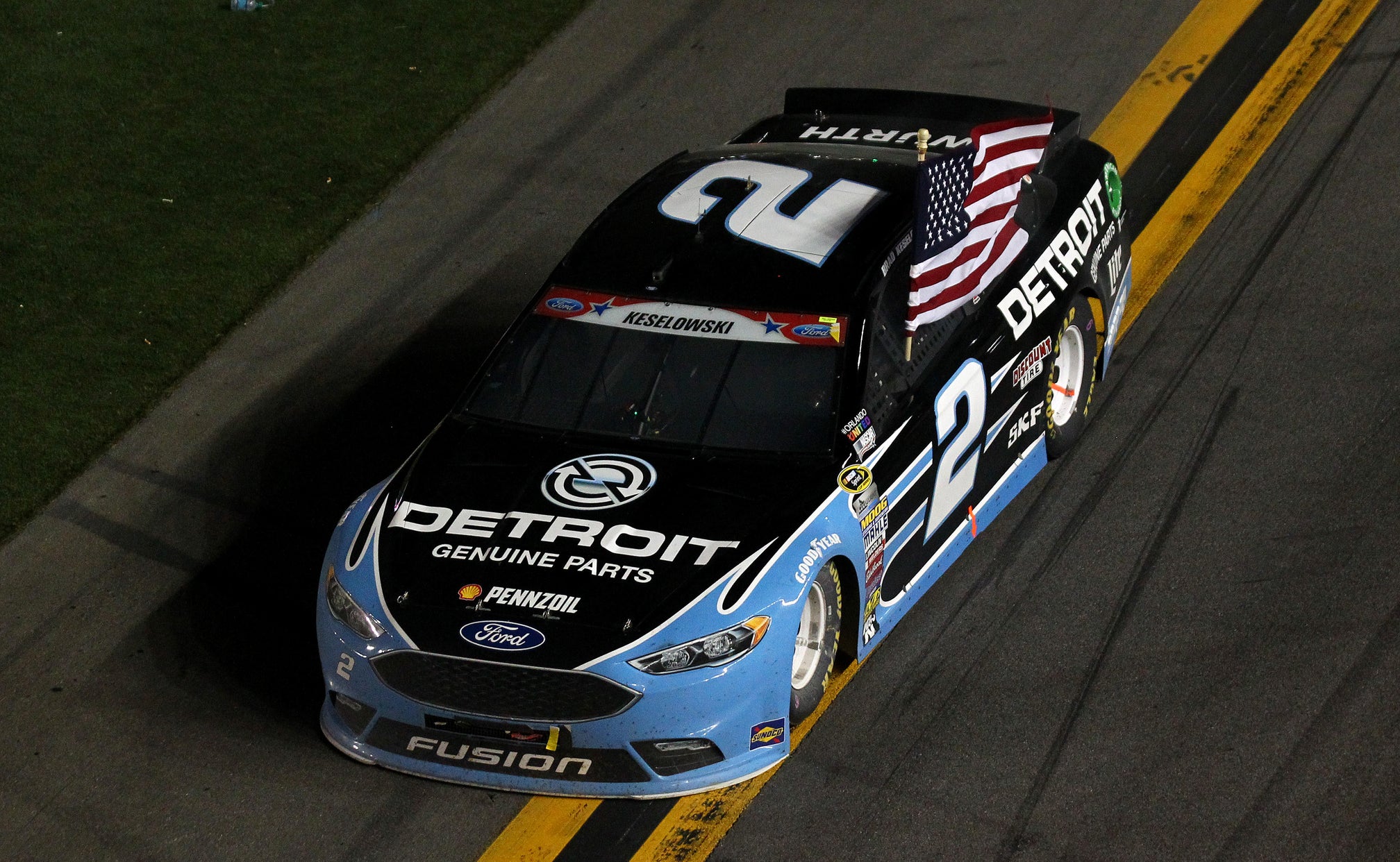 The NASCAR Sprint Cup Series travels to Brooklyn, Michigan this week for the Pure Michigan 400. With only three races until the Chase the competition will heat up as drivers try to position themselves for their spot in the playoffs. Be sure to test your knowledge of NASCAR by competing in the Fox Sports Fantasy Auto Racing.

The NASCAR Sprint Cup Series competed in the Irish Hills of Michigan two months ago. A new aerodynamics package was used for the first time and it received rave reviews from drivers and fans. The series will return this week with the same lower downforce package.

Six drivers were able to finish the race at Michigan and Kentucky in the top 10 (Brad Keselowski, Carl Edwards, Kevin Harvick, Kurt Busch, Tony Stewart and Jamie McMurray). Each of these drivers should be considered for your fantasy team Sunday.

The scoring system for Fox Sports Fantasy Auto Racing game rewards drivers who improve their position in the race more than the drivers who lead the most laps. It will be important to try and score as many position differential points as possible Saturday night. Do not focus on the drivers who qualify in the top 10 since there is a lot of risk and little reward in using these drivers on your team.

Brad Keselowski ($12,000) is still looking for his first win at his home track. I think he will get it Sunday in the Pure Michigan 400. Keselowski has been the best driver this season using the new aerodynamics package. He started second and won the race at Kentucky and started 15th and finished fourth in the last race at Michigan. Keselowski has the third-best average finishing position and the fourth-best driver rating in the last five races at Michigan. It will be a party in Victory Lane if the Blue Deuce takes the checkered flag Sunday.

Kevin Harvick ($13,500) has been the most consistent driver at Michigan. He has finished five of the last seven races at the track in second place. His average finishing position at the track since 2013 is 6.2. It would be higher if he would not have lost positions due to a rain shortened race in 2014. Harvick is one of the safest picks in the field Sunday.

Joey Logano ($10,900) dominated the last race at Michigan. He won the pole and led 138 of the 200 laps on his way to Victory Lane. It was his second win and seventh consecutive top-10 finish at the track. Logano has the second-best average finishing position and the second-best driver rating in the last five races at Michigan. The No. 22 car will be fast this week.

Kurt Busch ($10,400) has three career wins at Michigan, including the race two years ago. Busch probably will not win the race this week but he will finish in the top 10. The No. 41 car has finished 16 of the 23 races in the top 10. His record for most consecutive races completed on the lead lap finally came to an end last week. Busch is a low risk, high reward driver for your team this week.

Carl Edwards ($10,200) has two career wins at Michigan and he has been the best driver from Joe Gibbs Racing at the track. The No. 19 team seems to have figured out the new aerodynamics package while his teammates seem to be lagging behind. Edwards finished sixth in the first race at Michigan and second at Kentucky. He should add another top-five finish to his 2016 resume in the Pure Michigan 400.

Tony Stewart's ($9,000) hot streak finally came to an end at Bristol. Stewart has finished five of the last seven non-restrictor plate races in the top five. Stewart has also finished both races using the new aerodynamics package in the top 10. Do not let his poor performance last week prevent you from choosing the No. 14 car this week.

Austin Dillon ($8,900) is one of the best sleeper picks in the field this week. Dillon qualified fourth and finished fourth in this race last year. He qualified eighth and finished eighth in the first Michigan race this year. Dillon will have momentum following his fourth-place finish at Bristol last week. The No. 3 car will have a good chance to add another top-10 finish to his Michigan resume.

Greg Biffle ($8,200) has a series-best four wins at Michigan. This is by far his best track. Biffle qualified 18th and finished 19th in the June race. Roush-Fenway Racing has found some speed over the summer and I expect Biffle to finish in the top 15 this week. The No. 16 car finished sixth using the lower downforce package that will be used this week. Biffle is a great value pick this week.

Paul Menard ($7,000) will be at his best this week. The only two tracks where Menard has a top-10 average finishing position are on the two-mile oval tacks (Michigan and California). Menard has finished four of his last six races at the track inside the top 10. The No. 27 car started 32nd and finished 18th in the first race at Michigan. He scored 38 points and was a great value pick for fantasy teams. He should perform well again this week.

Chris Buescher ($6,000) looks like a new driver since he won the race at Pocono. The No. 34 team is receiving full support from Roush-Fenway Racing and it seems to be paying off. Buescher started 22nd and finished 20th in the first race at Michigan. Fantasy teams should expect similar results from him this week.

Here are my picks for the Pure Michigan 400 for Fox Sports Fantasy Auto Racing: