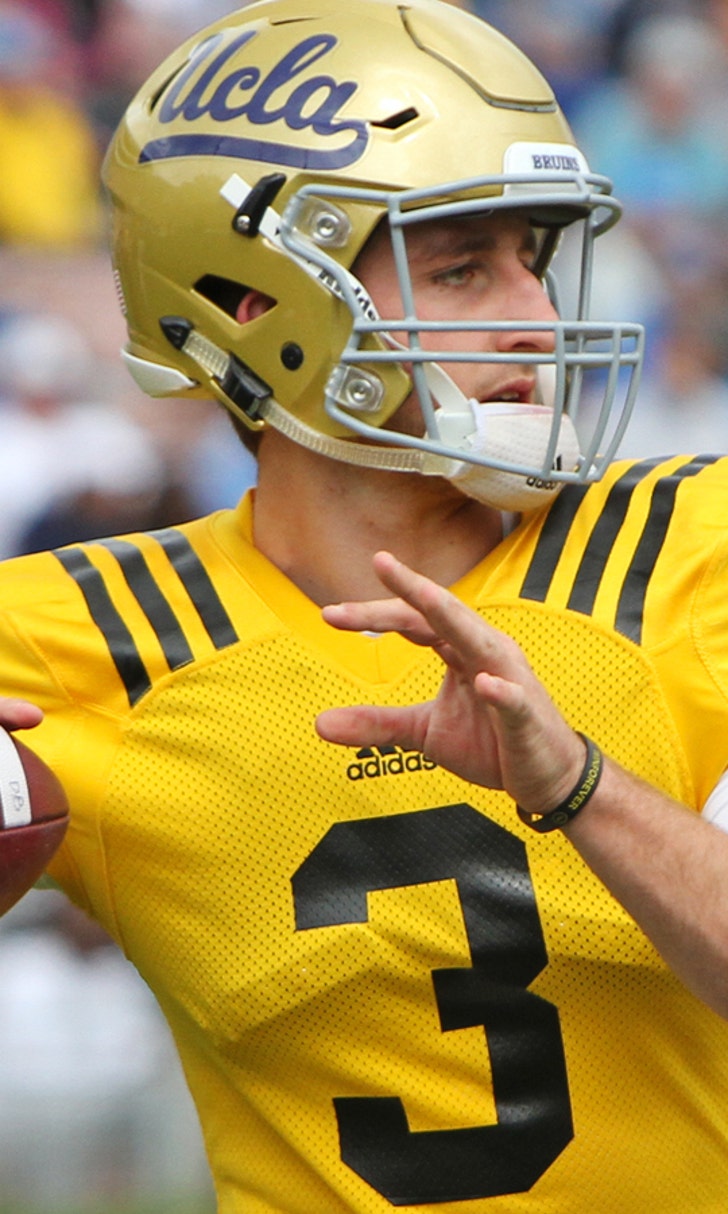 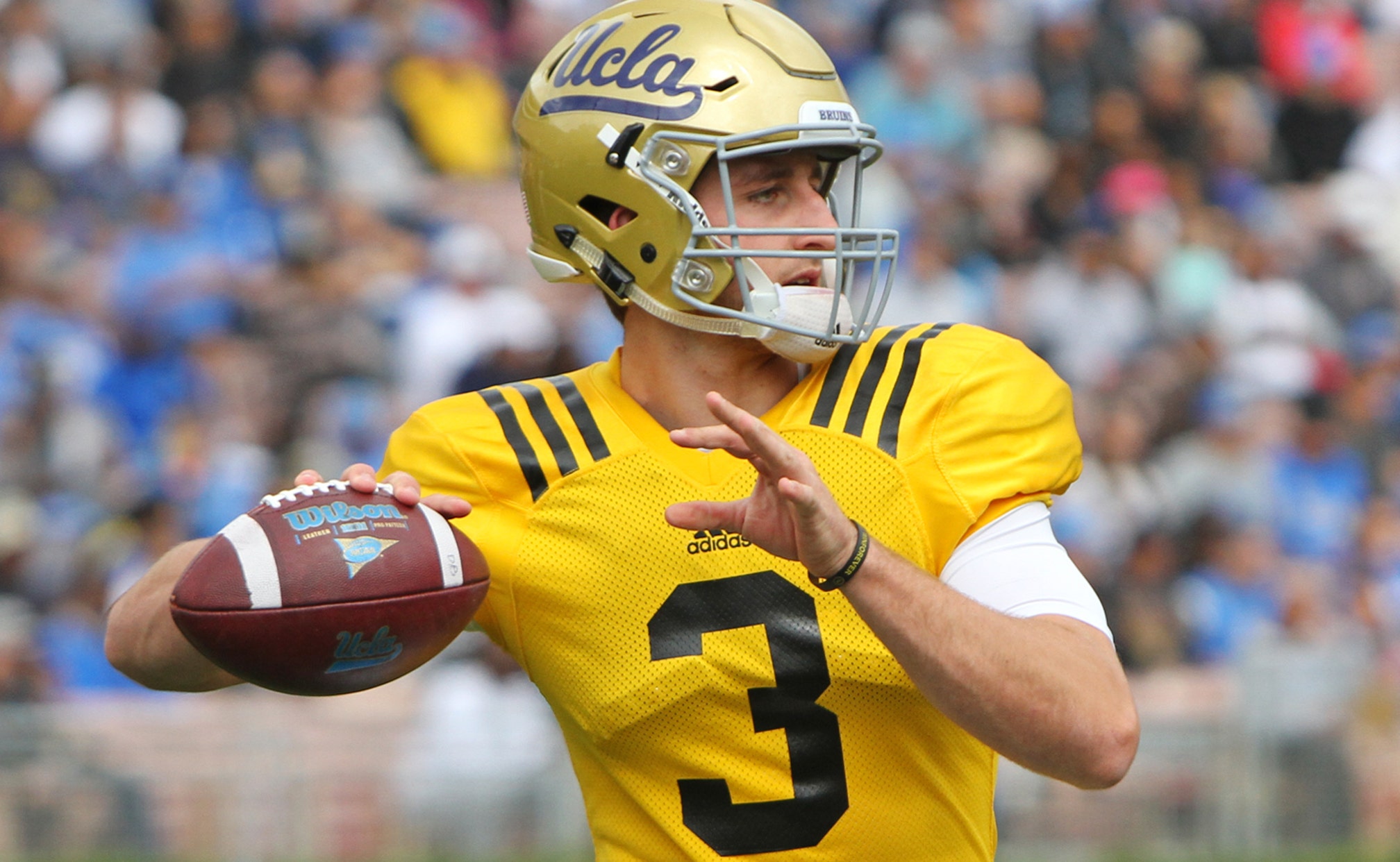 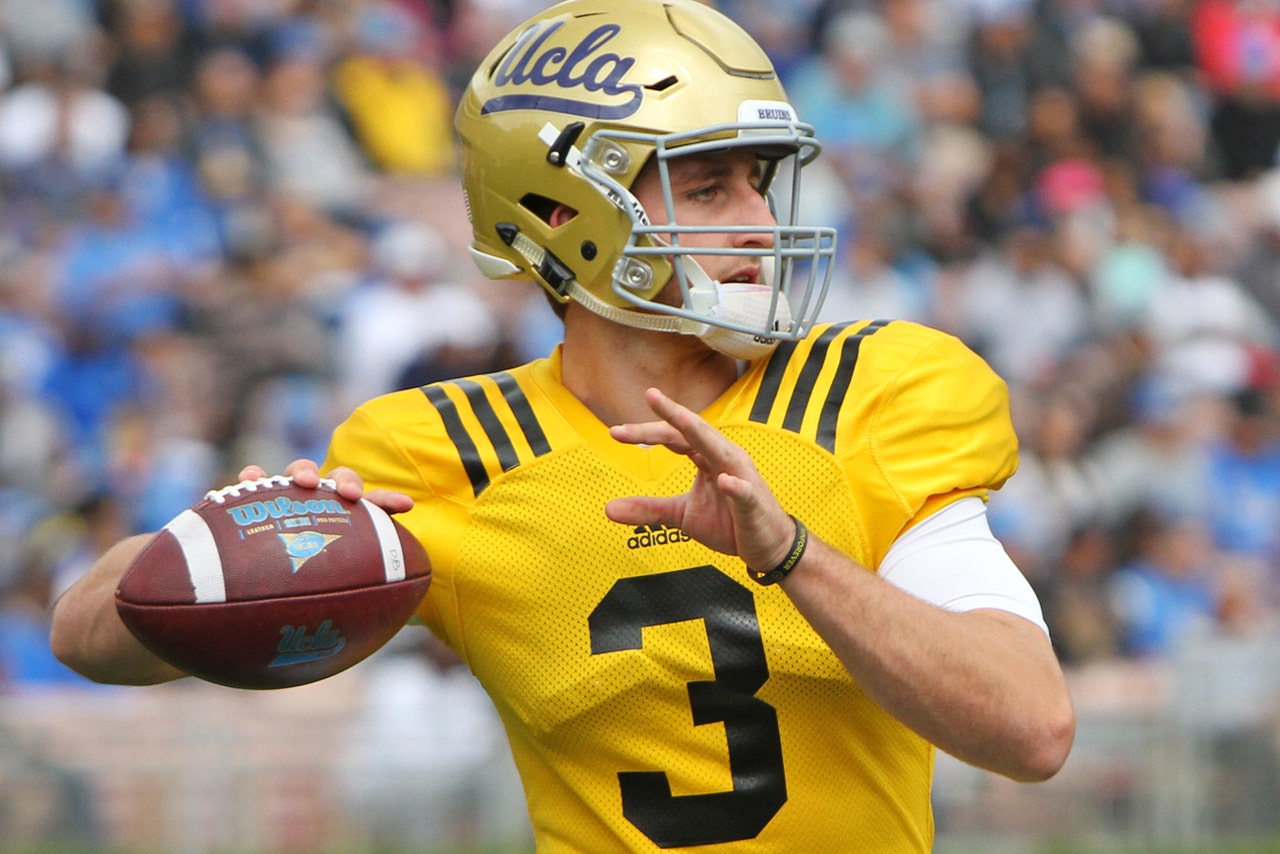 Brett Hundley was the nation's most-sacked quarterback in all of college football last season. UCLA's protection up front was average at best, though they showed marked improvement from 2013.

Still, it's reason enough to wonder if UCLA's new quarterback will be on his back in 2015 as much as Hundley was in 2015. But that likely won't be the case, writes Kyle Goon at the Salt Lake Tribune, who posted his seventh installment in a spring series on Pac-12 programs.

Whether it's the talented Josh Rosen or Jerry Neuheisel, Goon expects the Bruins' new quarterback to step into a nice situation.

"The new quarterback will benefit from the experience around him, including running back Paul Perkins and receiver Jordan Adams," writes Goon. "He'll hope for improved protection, since (Brett) Hundley was mauled several times by pass rushers last year."

UCLA entered the 2014 season with high expectations, and several pundits picked the Bruins to be among the four teams expected to make the College Football Playoff. UCLA failed to live up to those expectations, and the Bruins are tempering expectations this season, especially with Jim Mora handing the keys to a new quarterback. But if the Bruins find consistent and efficient play from either Rosen or Neuheisel, watch out.

"Last year's UCLA team began with College Football Playoff aspirations which sputtered, especially after Utah knocked off the Bruins at the Rose Bowl," Goon writes. "There may not be the same amount of trumpeting this year, but UCLA appears dangerous once again."

FOX College Hoops Preview with Titus & Tate
Mark Titus and Tate Frazier sat down with a star-studded cast of college basketball faces to preview the 2020 season.
14 hours ago