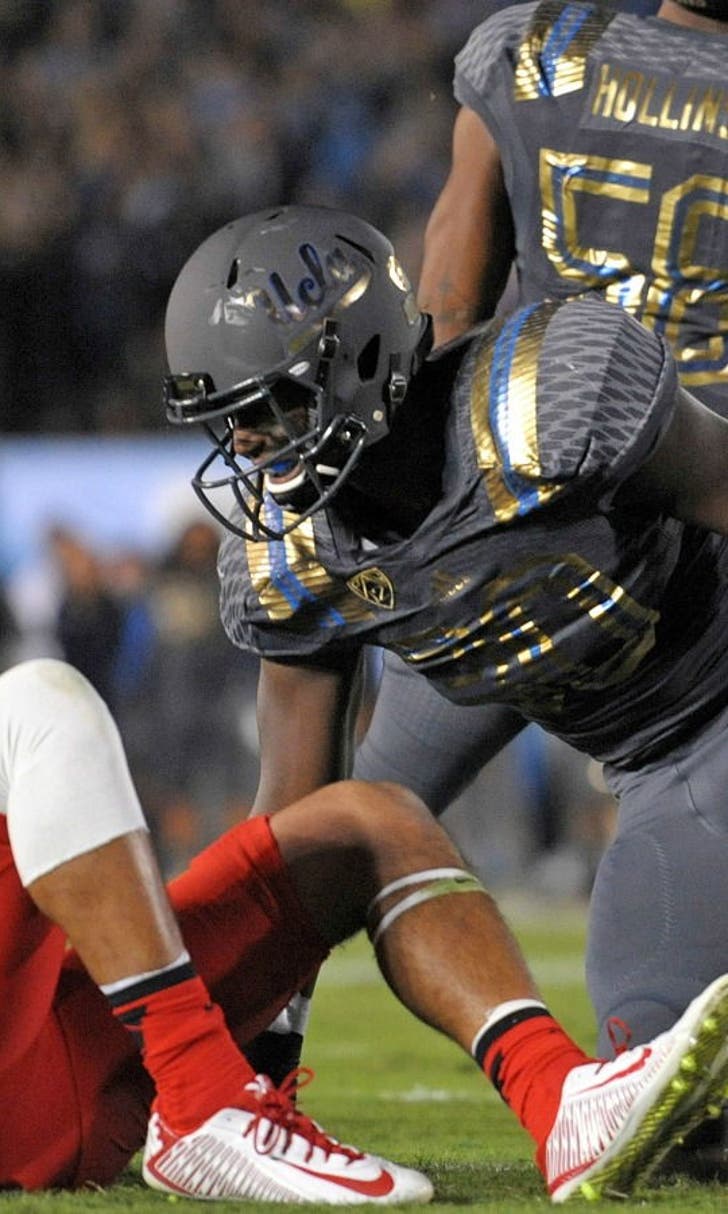 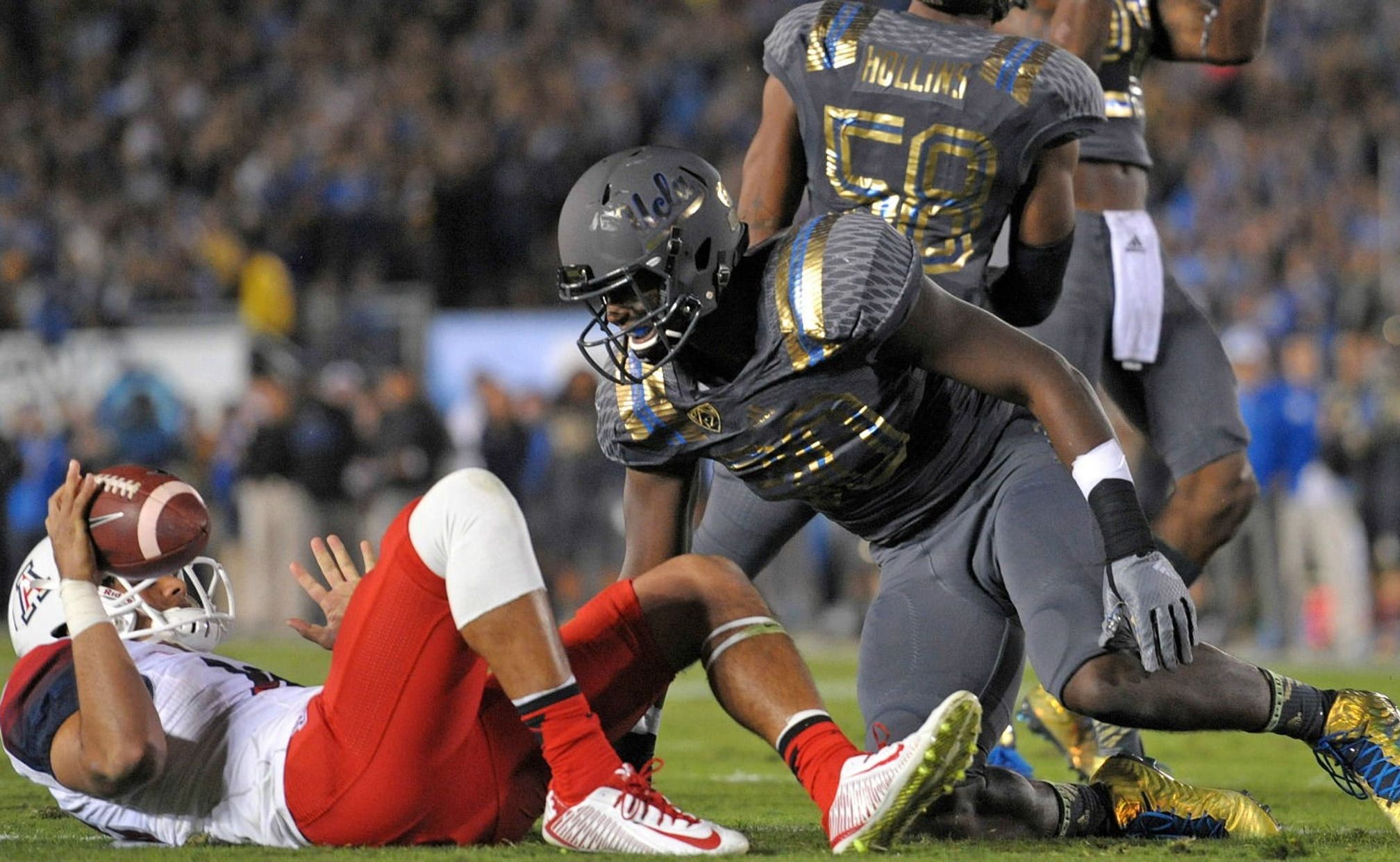 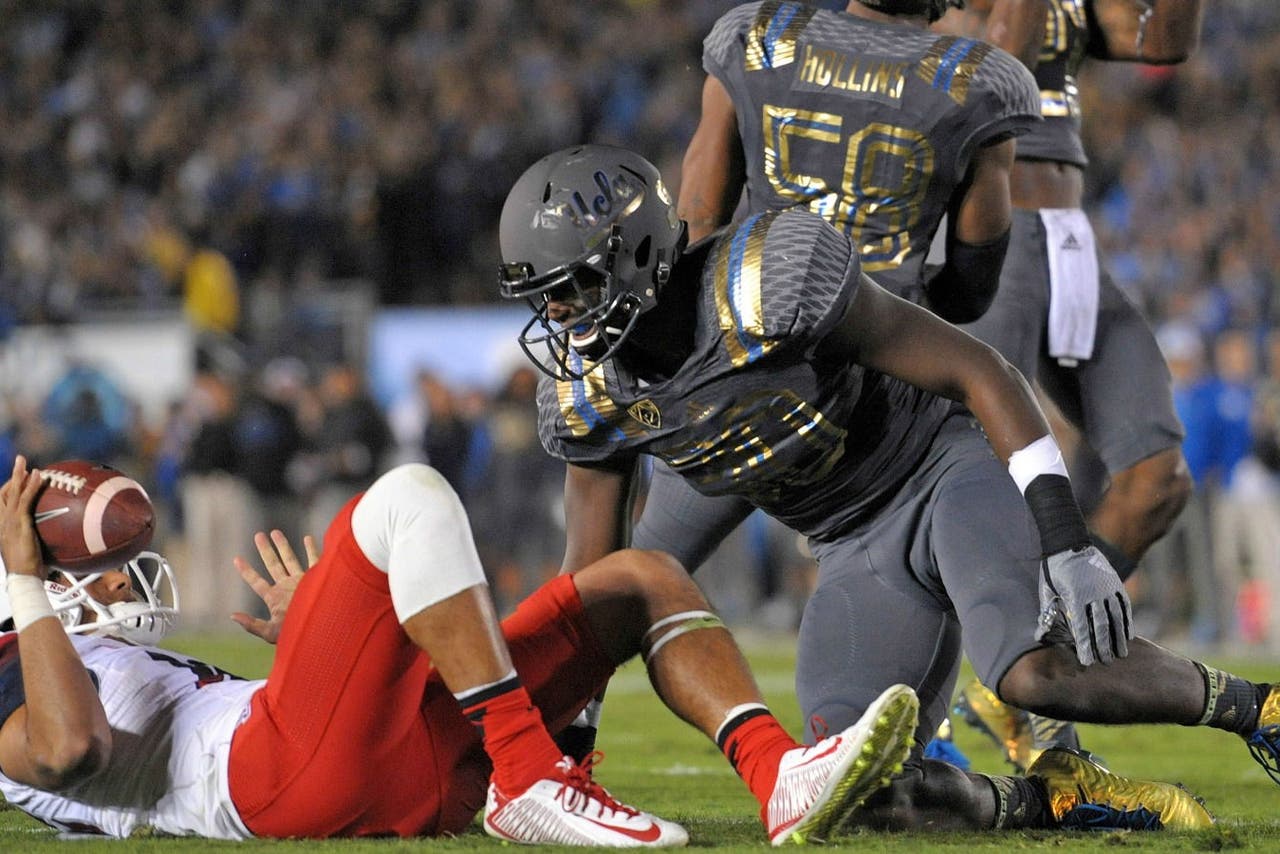 When looking at the roster of invitees for the 2016 NFL Combine, the usual suspects of prominent college football programs are accounted for.

Members from Alabama, Notre Dame, LSU, Florida, and Ohio State are make up a good chunk of the list. It's to be expected -- considering these programs churn out prospects to the NFL on an annual basis.

With that said, a new program is flexing its combine-muscles in 2016: the UCLA Bruins.

#UCLA 1st rd LB Myles Jack, recovering from a torn meniscus, just expected to bench at this #NFLCombine. Perhaps you'll see it all on 3/15

Outside of Ohio State (14) and Notre Dame (10), there isn't a program with more combine invitees than Jim Mora's team (9) at the combine in Indianapolis.

The obvious headliner is Myles Jack. A dynamic athlete, Jack was hurt for much of 2015 with a knee injury. With that said, there are very few that can match his versatility on the football field. Jack will be limited in terms of participating in some of the events, but he can still impress from an interview/off-the-field standpoint.

The Bruins have three offensive line prospects (Caleb Benenoch, Jake Brendel, Alex Redmond) hoping to all improve their respective draft stocks with strong showings. Lou Groza Award-winning kicker Ka'imi Fairbairn figures to be one of the best in attendance at his position, and sure-handed receiver Thomas Duarte will attempt to run a strong 40-time.

Outside of Jack, the talented trio of Paul Perkins, Kenny Clark, and Jordan Payton figure to also draw immense interest.

UCLA's all-time leader in receptions, Payton is a savvy, physical receiver with terrific ball skills. Much like Duarte, his stock may rise -- or fall -- depending upon his 40-yard dash time.

It's almost that time. #NFLCombine

Perkins has been a do-everything back for the Bruins throughout his career. A very consistent player, the running back can block in pass protection, make defenders miss in space, and catch passes out of the backfield at a high clip.

Clark is a mountain of a man as a run-stuffing defensive tackle. Currently slated as a second-round pick, a strong combine could vault him into first-round contention.

When collectively looking at the entire scope of the combine, the high amount of UCLA players in attendance truly does speak to Mora's development of these athletes -- and how far he has taken the UCLA football program in four seasons.