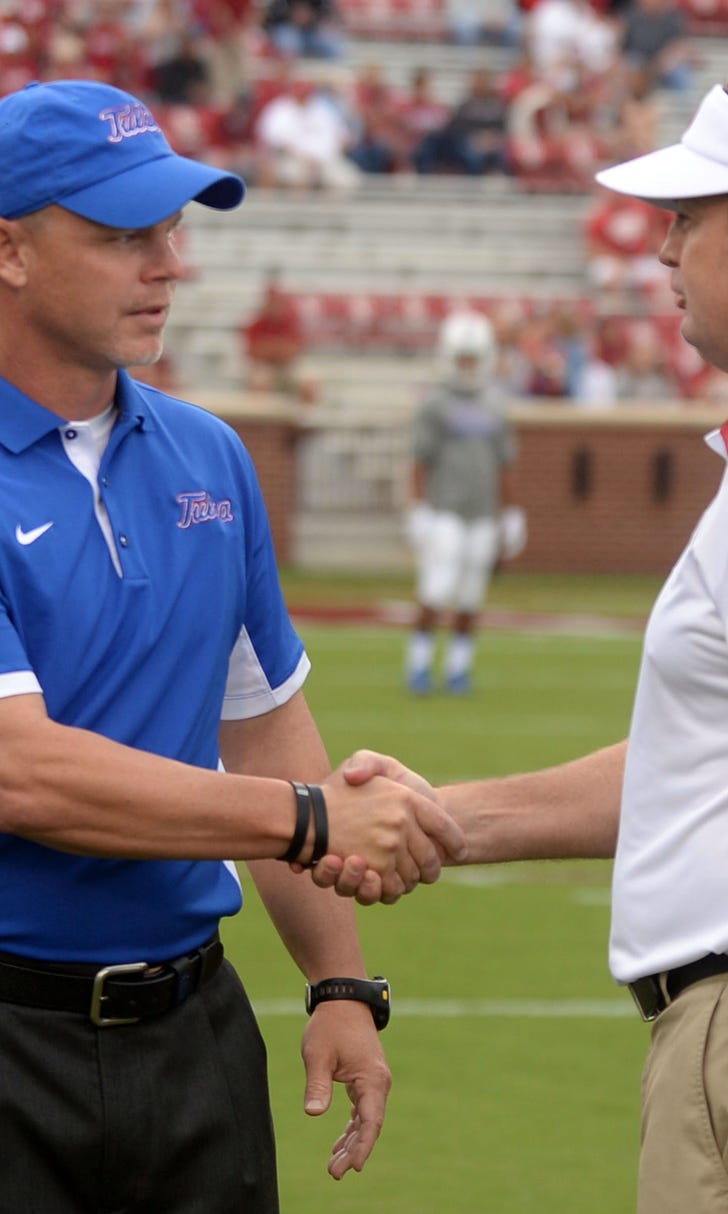 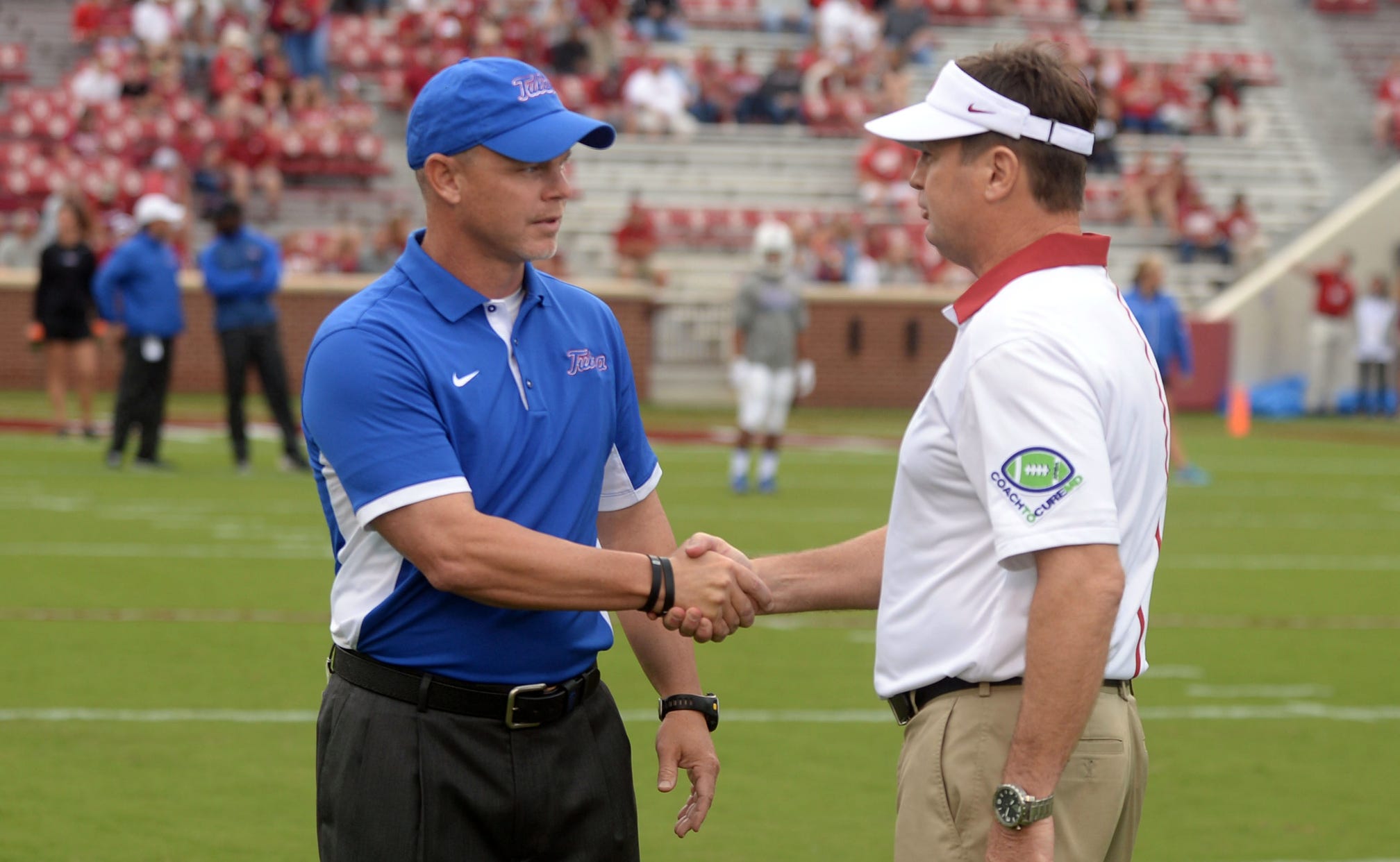 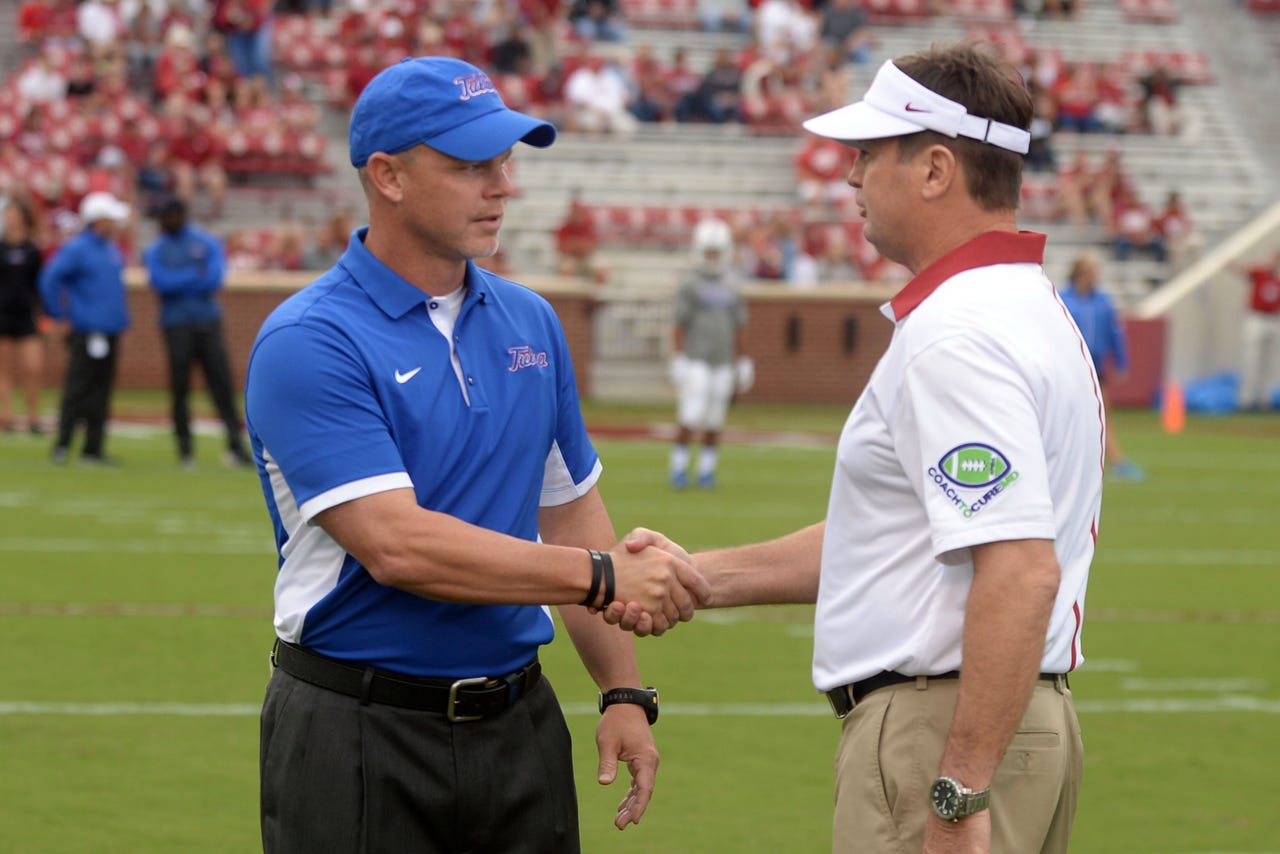 First-year Tulsa coach Philip Montgomery apologized Monday for allowing a Baylor assistant to coach on his sideline during the Golden Hurricane's game Saturday at Oklahoma.

Montgomery was the longtime offensive coordinator at Baylor and he left Bears assistant Jeff Lebby and his wife credentials, who were in Norman, Okla., over the weekend for a wedding, to get into the game.

Philip Montgomery on Baylor assistant Jeff Lebby being on the Tulsa sideline against OU: pic.twitter.com/FJZKctiFor

Lebby, however, ventured onto the field, a violation of the opponent scouting rules. Oklahoma coach Bob Stoops wasn't happy about it when he found after the game, and on Monday said it should be reported and dealt with by the Big 12 and NCAA.

Baylor coach Art Briles released a statement on Monday saying the incident was "embarrassing" and that he called Stoops to apologize. Briles said he was unaware that Lebby was in Norman during the Bears' off-week.