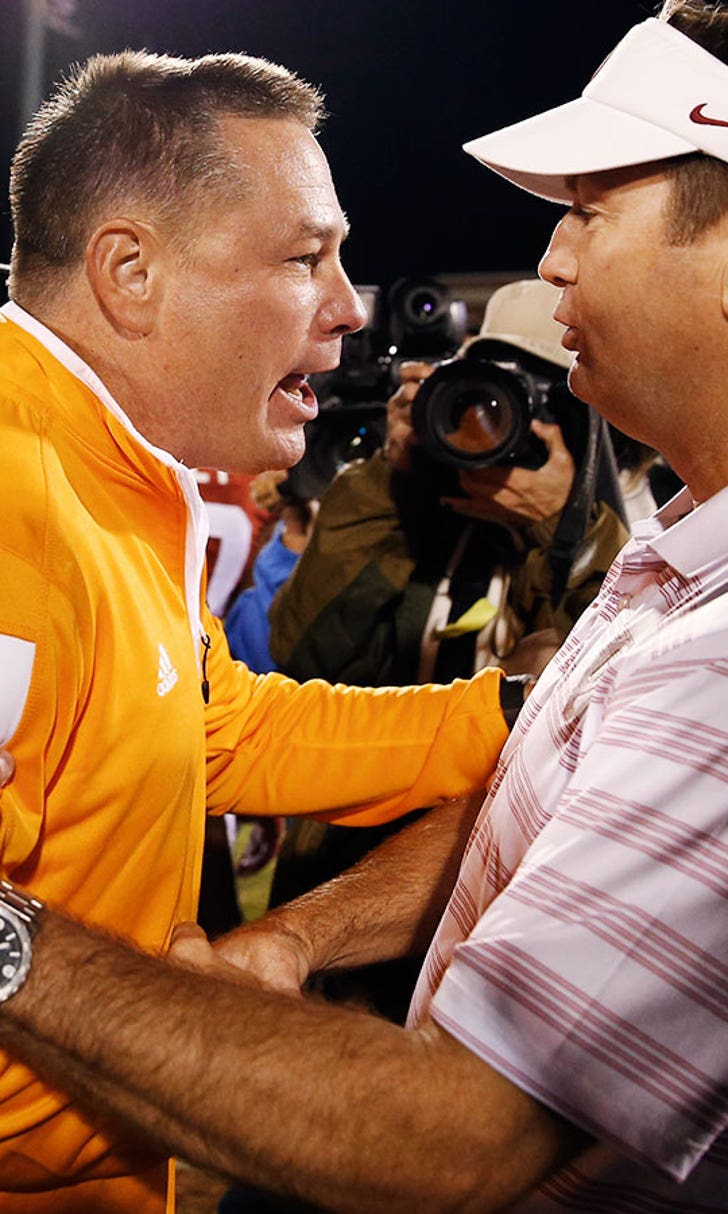 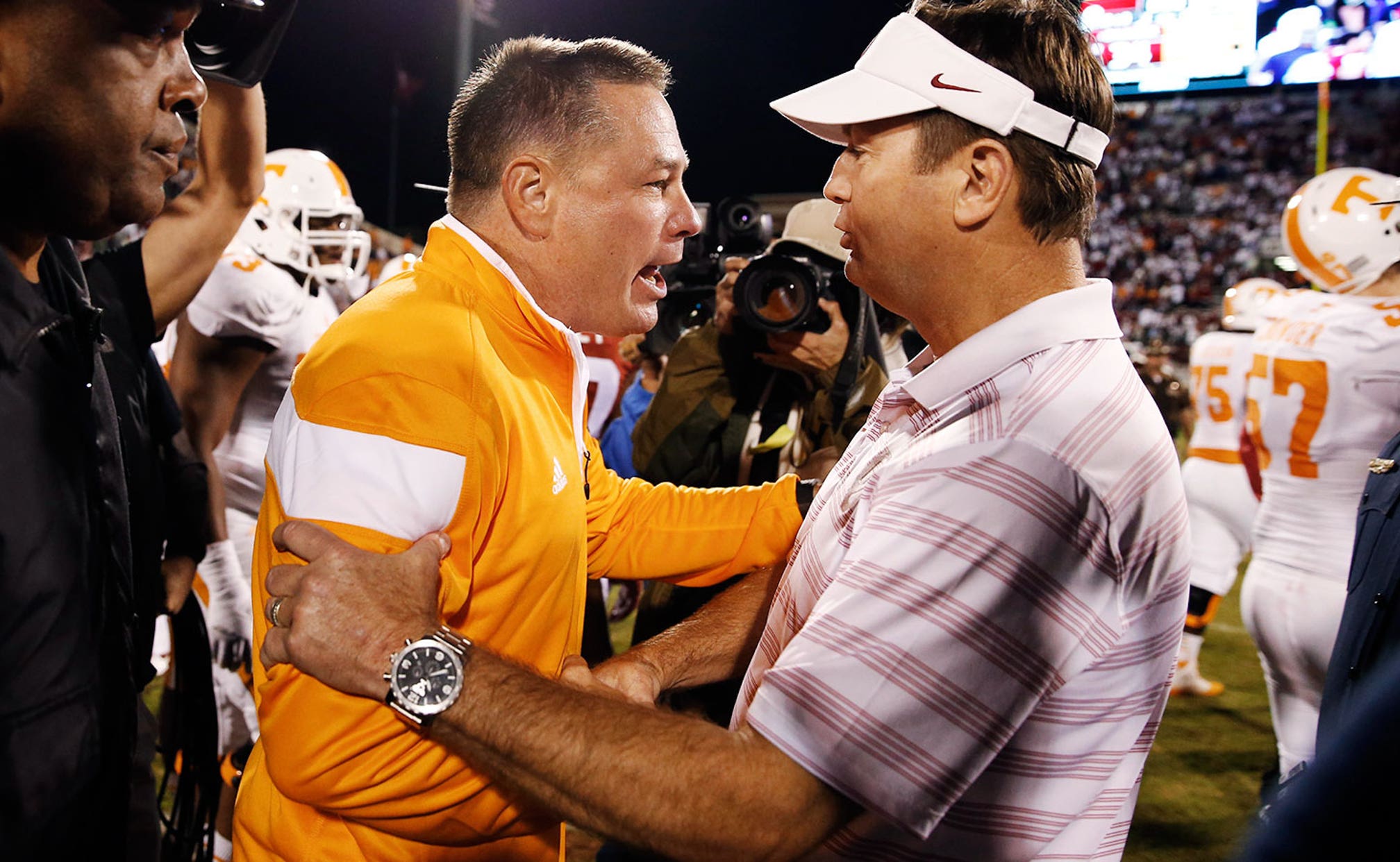 Trip to Rocky Top could signal start of Sooners' rise, or demise 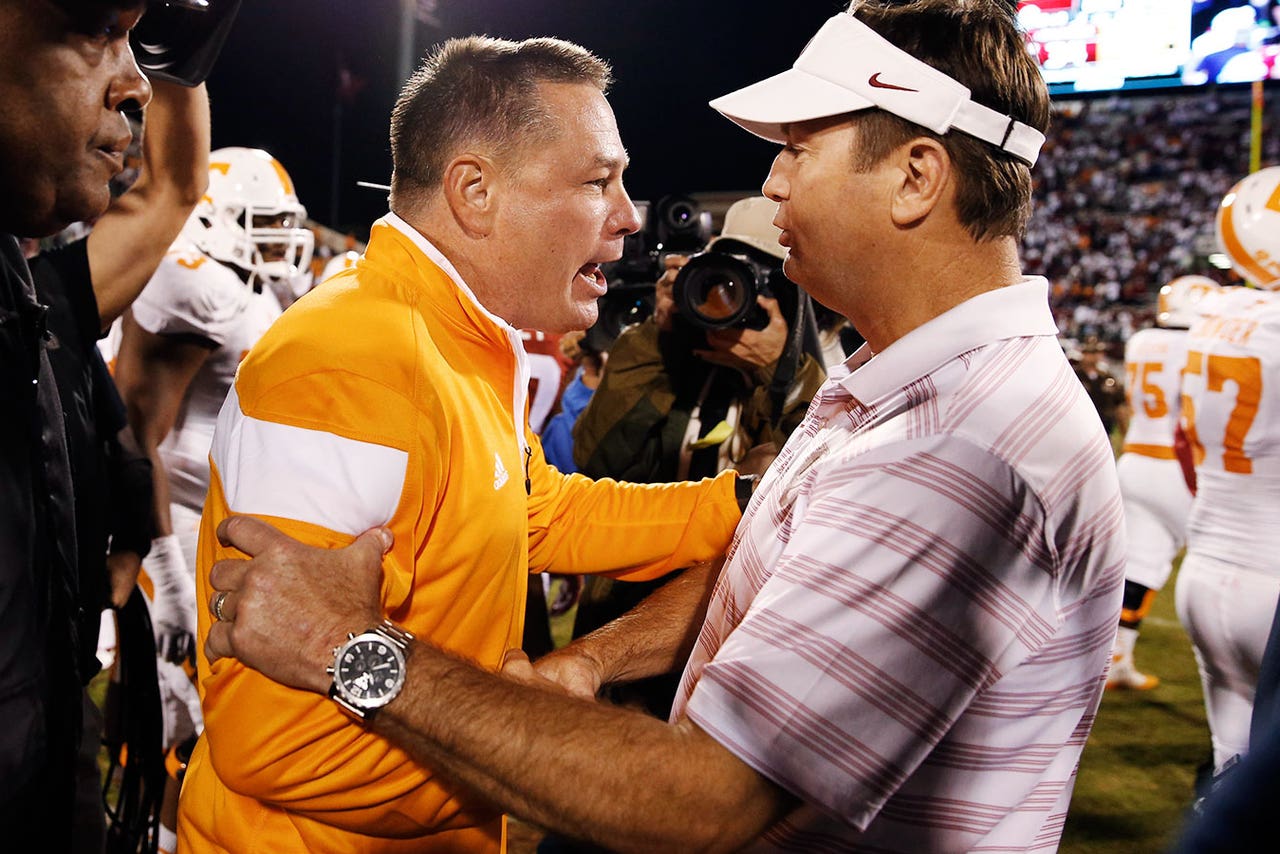 Last fall much was made about the Sooners taking on a SEC opponent in the non-conference portion of the schedule. But everybody knew those Tennessee Volunteers weren't Phil Fullmer's Vols, and the final score, 34-10 Oklahoma, was just more evidence that Rocky Top still had a long way to go to get back on top.

Oklahoma will play Tennessee again next September, this time at Knoxville. And this time Butch Jones' Vols might have more in store for a Bob Stoops team that needs to get off to a hot start after last season's horrendous finish and the offseason's coaching staff shakeup.

The Vols present the stiffest non-conference test for OU, which is taking a four-man quarterback competition into fall camp. Oklahoma will open the 2015 season at home with a first-ever meeting against the Akron Zips (Sept. 5). That game should get the Sooners off on the right foot for the Sept. 12 game at Tennessee's Neyland Stadium. On Sept. 19, Tulsa visits Norman.

Just how huge is the Tennessee game for OU? Just check its Big 12 schedule. The Sooners get a bye week before opening conference play at home against West Virginia. Then the schedule reads: Texas, Kansas State, Texas Tech, Kansas and Iowa State. If OU can beat Tennessee, it could be the jumping off point for an 8-0 start before facing Baylor, TCU and Oklahoma State to finish the regular season.

Beat Tennessee and the Sooners could find themselves as a top five team and in the middle of the playoff conversation come mid-November. Lose at Tennessee and, well, even a string of wins against the Big 12's lighter weights won't do much to impress the selection committee, or likely increasingly impatient OU fans.