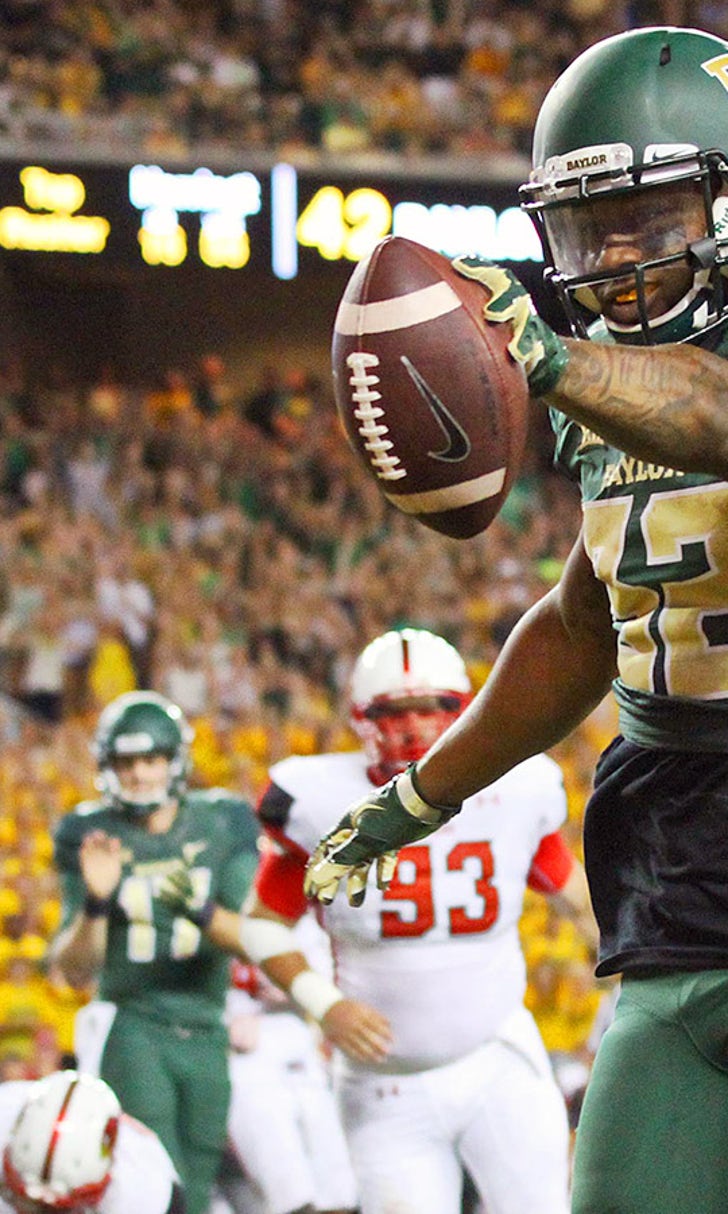 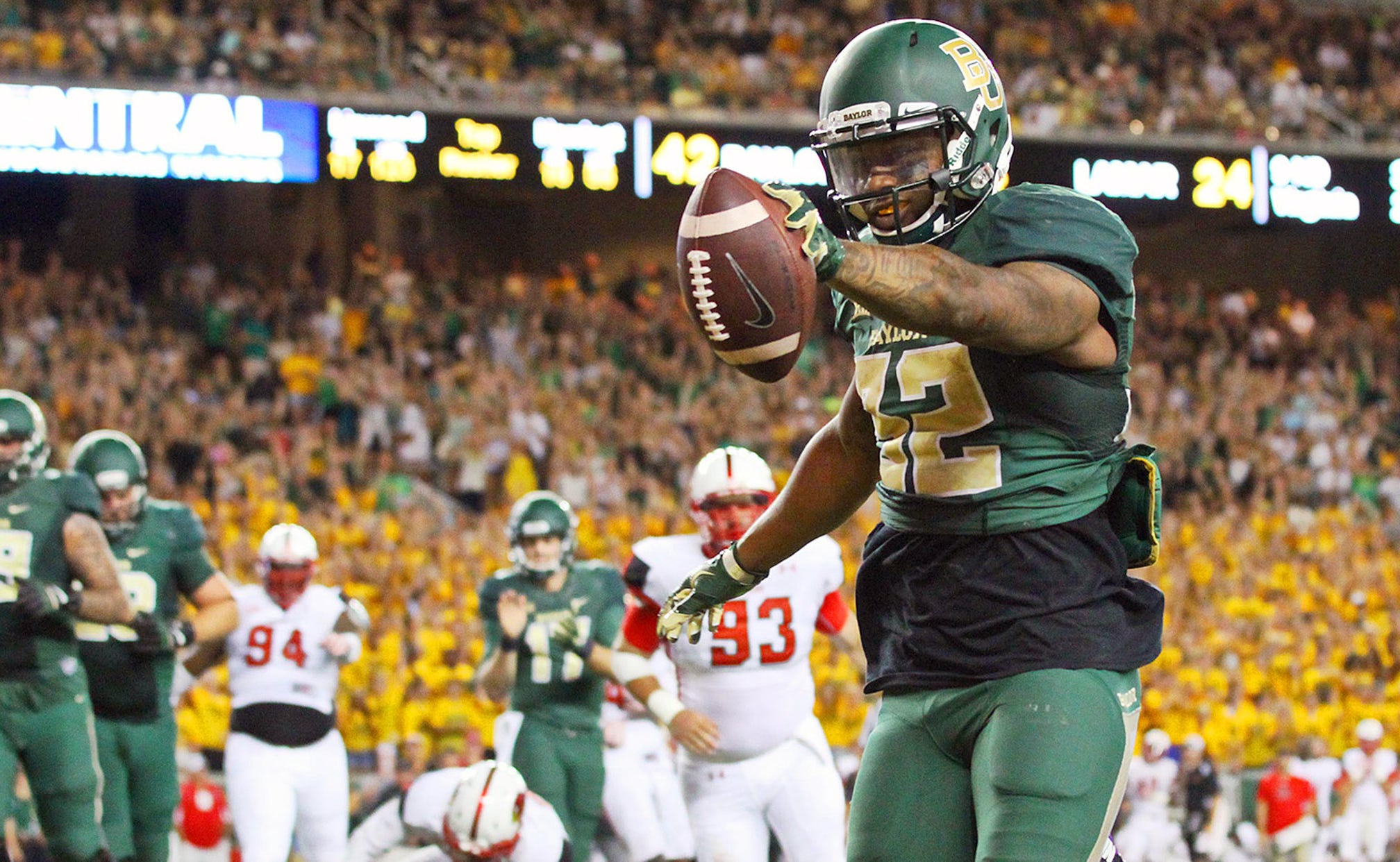 Trio of backs have Bears running wild, but can it last? 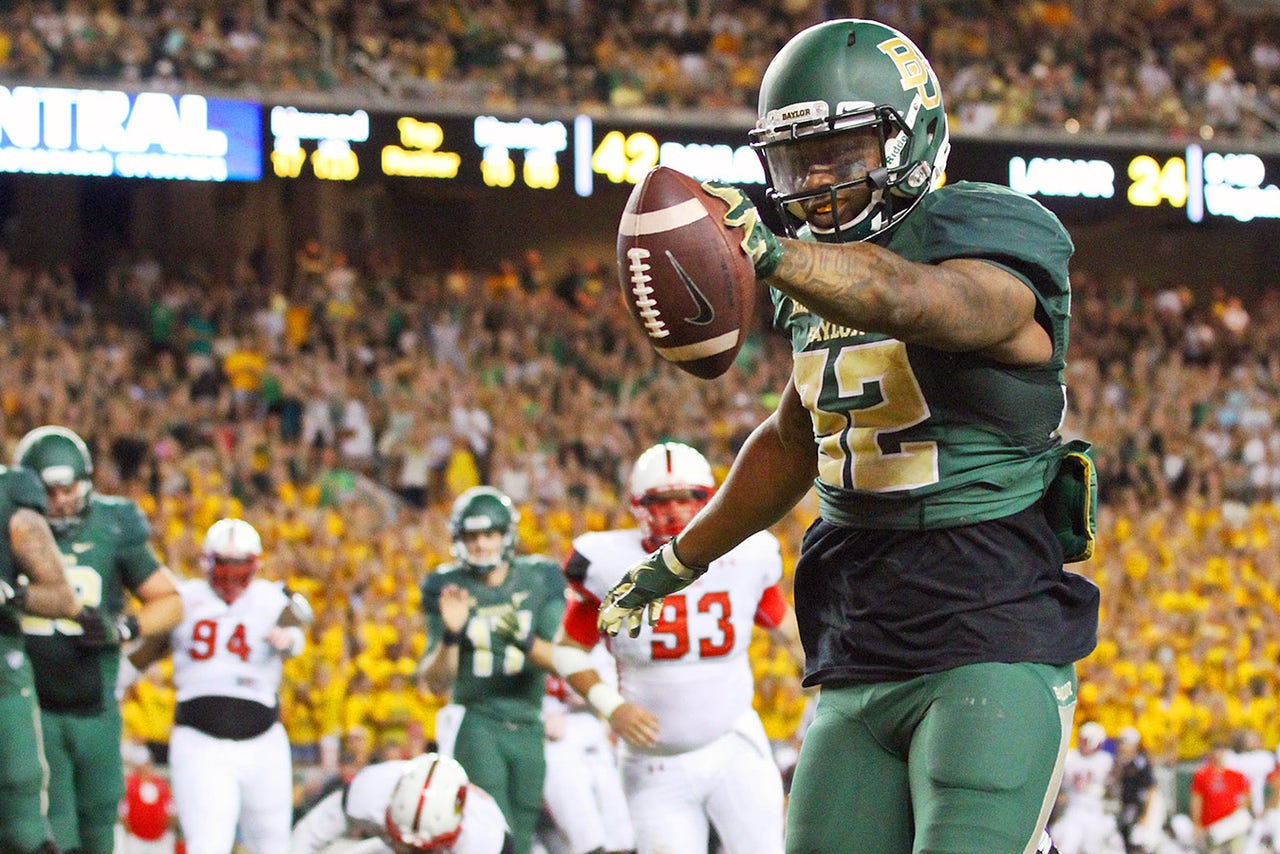 It's too early to read much into statistics, particularly with the Baylor Bears, who have played just two non-conference games against opponents that didn't figure to present much of a fight.

Still, it is a bit surprising to see the spread-em-out, Wide Receiver U., Bears ranked No. 4 in the nation in rushing behind three power rushing teams, and No. 1 in the Big 12.

The Bears are cranking out 356.0 rushing yards a game to go with 398.0 passing yards. Their 7.66 yards-per-carry average ranks as the second-best mark in the country behind Arizona.

"We take pride in our running back core. We feel like we're among the best in America." - Johnny Jefferson pic.twitter.com/zhN6WQ5jRp

Senior tailback Shock Linwood ranks second in the Big 12, averaging 102.5 yards a game and teammate Terence Williams is third, averaging 97.0 yards a game. Johnny Jefferson gives the Bears three backs in the top 10. He has just 14 carries, but has amassed 149 yards.

“It’s still early,” Briles told the Waco Tribune-Herald. “Stats can be looked at during different levels throughout the season. I still think it’s early, in terms of judging where we’re at as an offense. I think as we get a little deeper into the schedule those things will be a little more realistic.

"We’ve got good backs, we’ve got the threat of a quarterback who can run and our offensive line is intact. All those things add up to being able to rush the ball effectively."

So what is realistic for this rushing attack, which has been pretty solid for five years now with 1,000-yard rushers in each of the last two seasons?

Baylor's 1980 team that won the Southwest Conference holds the school's single-season rushing record of 296.9 yards per game led by Walter Abercrombie. That's 60 yards fewer than what the Bears are averaging now.

Can they possibly keep up such a pace and shatter that record? It's just too early to know.