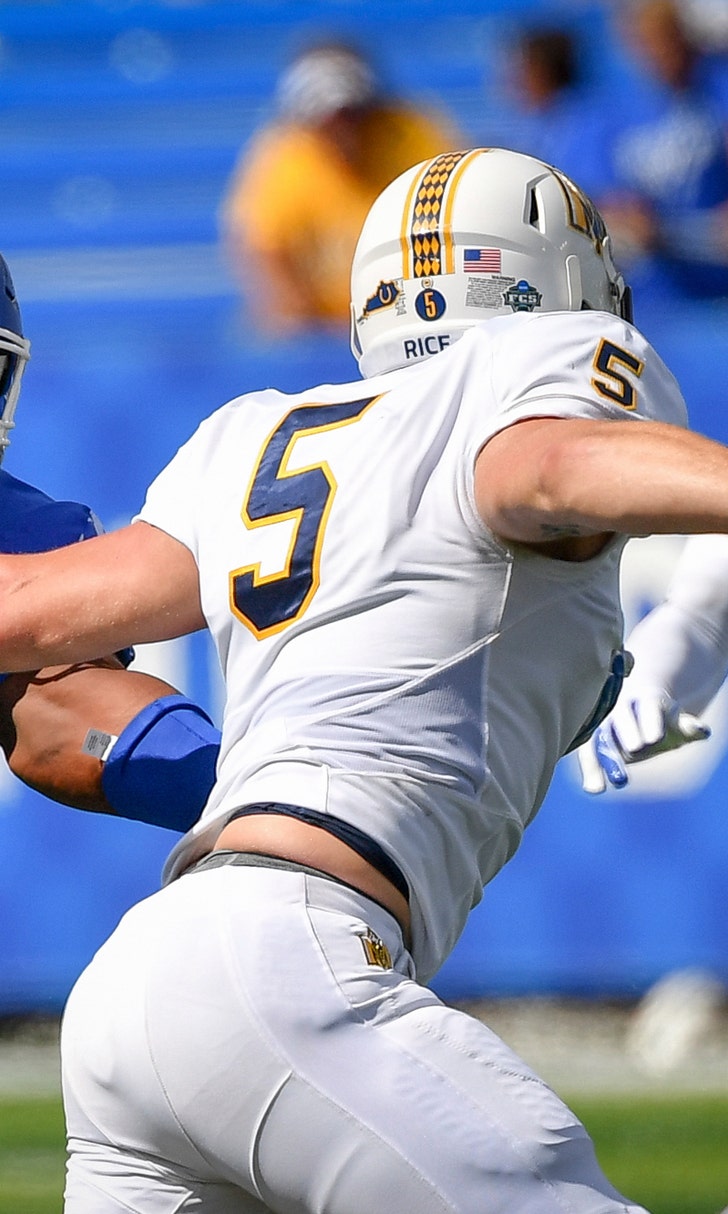 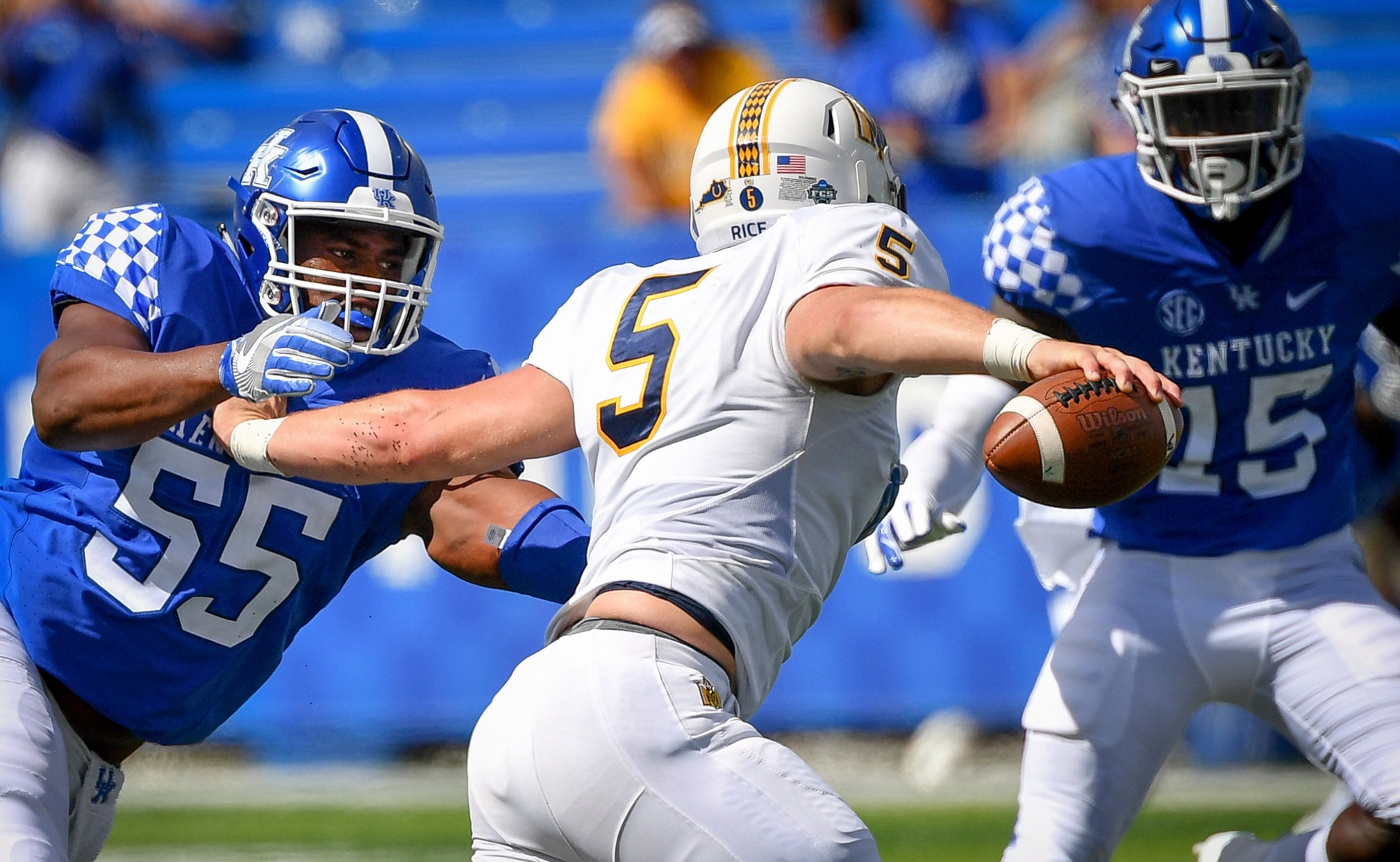 The Wildcats have shut out opponents in the third quarter this season and boasts the SEC's fifth-ranked defense heading into Saturday's matchup with No. 14 Mississippi State.

Kentucky (3-0, 1-0 Southeastern Conference) has yet to allow a third-quarter score, which hasn't happened in the first three games since 1991. The Wildcats have yielded only a first-quarter field goal to Central Michigan in the opener, which demonstrates their ability to start strong and adjust at halftime.

"We've definitely made progress and have been more consistent," said coach Mark Stoops, whose team is allowing 305.7 yards allowed per game.

"I really like this team's attitude and the work ethic we've had. ... Pleased, but definitely not satisfied. We want more and want to continue to grow as the season continues."

Kentucky will need to remain aggressive Saturday night against the Bulldogs (3-0, 0-0), which features the SEC's top rushing attack (311.7 yards per game) and third-ranked offense (587.7). Once again, the Wildcats' challenge will be containing dual-threat quarterback Nick Fitzgerald, who's coming off a six-touchdown, 350-yard offensive performance in a 56-10 shellacking of Louisiana-Lafayette .

The Bulldogs have other threats, but Fitzgerald's track record against Kentucky is the defensive focal point. In two meetings he has rushed for 222 yards — including 115 in last year's 45-7 rout in Starkville, Mississippi — and four of his six touchdowns.

The Wildcats want to deny Fitzgerald a three-peat.

"There were a lot of key things they did, a lot of things that worked for them," said Kentucky senior defensive end/linebacker Josh Allen, whose 16.5 career sacks lead active SEC players.

"We've been studying film and not looking back like, 'dang, they really got us,' just the things they got us on. We're just looking at it like that to get better."

A veteran secondary and depth throughout the unit has the Wildcats determined who how much they have improved after they let several games slip away last season. Junior Kash Daniel (team-high 25 tackles) and senior Jordan Jones (16 tackles, four pass breakups) have anchored a strong linebacker corps. Allen has 19 tackles and two of Kentucky's five sacks as the team focused on beefing up the pass rush.

Work remains for the defense, but Kentucky's 27-16 upset of then-No. 25 Florida two weeks ago in the Swamp was a significant step forward.

Though the Wildcats again left receivers uncovered, they shut out Florida in the third quarter and offset those breakdowns with two timely turnovers. Davonte Robinson's 30-yard fumble return for a TD on the game's final play sealed the victory that ended a 31-game series losing streak against Florida.

Kentucky now aims to follow that signature SEC win with a better defensive performance against one of the league's top offenses. Fitzgerald acknowledged that his past success won't matter against a Wildcats team out to show they're a year better.

"They run a lot of different looks but always seem to have six, seven dudes in the box," he said, "so you have to make sure you're going to throw the ball on them if you want to move the ball. Obviously, we have a different offense and will give different looks, and they'll have a different game plan for us. But it's the same guys and the same team."

One that hopes for a different result.