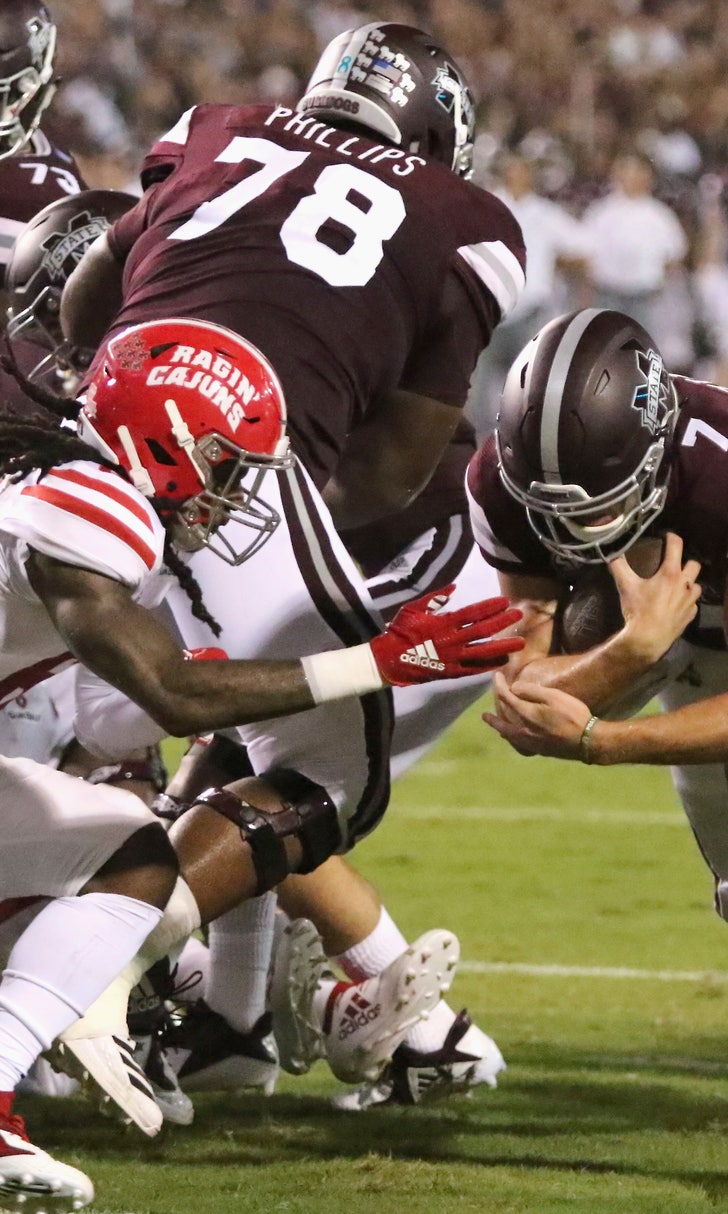 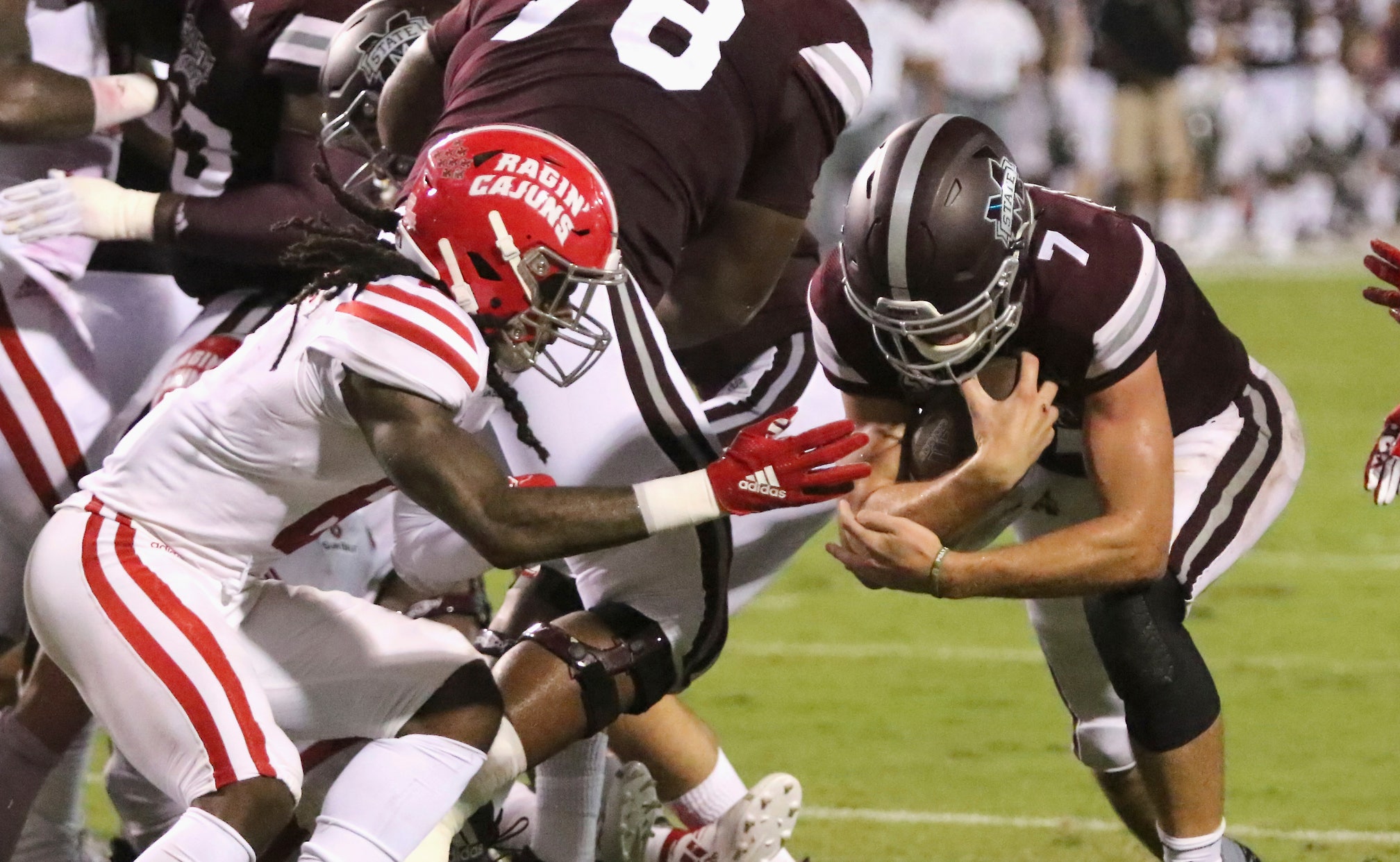 Mississippi State enters league play having outscored nonconference foes 150-26 under first-year coach Joe Moorhead. The Bulldogs seek a strong opening win on the road before heading home for consecutive SEC contests against Florida and No. 9 Auburn. Kentucky seeks its first 4-0 start since 2008 and another big conference upset after winning at Florida two weeks ago.

Mississippi State QB Nick Fitzgerald vs. Kentucky's defense. Once again, Fitzgerald presents a dual challenge running and passing for the Wildcats to contain. He's coming off a six-touchdown game against Louisiana-Lafayette, including four rushing. The senior has rushed for 222 yards and four of his six touchdowns in two meetings against Kentucky but faces a more seasoned and aggressive unit this time. Kentucky has posted five sacks and is allowing 122.7 yards rushing per game, which ranks 10th in the SEC.

Kentucky: RB Benny Snell: The junior ranks third in the SEC and 11th nationally in rushing at 125 yards per game. He needs two rushing TDs to tie Randall Cobb's career mark of 37.

Mississippi State has won eight of nine in the series, including 45-7 last season in Starkville. ... Moorhead looks to become the first State coach to start 4-0. ... Fitzgerald is the third SEC player with at least 35 TDs each passing and rushing, joining former Bulldogs star Dak Prescott and Heisman Trophy winner Tim Tebow of Florida. ... Kentucky QB Terry Wilson is the first since Mike Hartline in 2008 to start 3-0. ... The Wildcats rank 23rd nationally in scoring defense at 15.3 points allowed per contest.