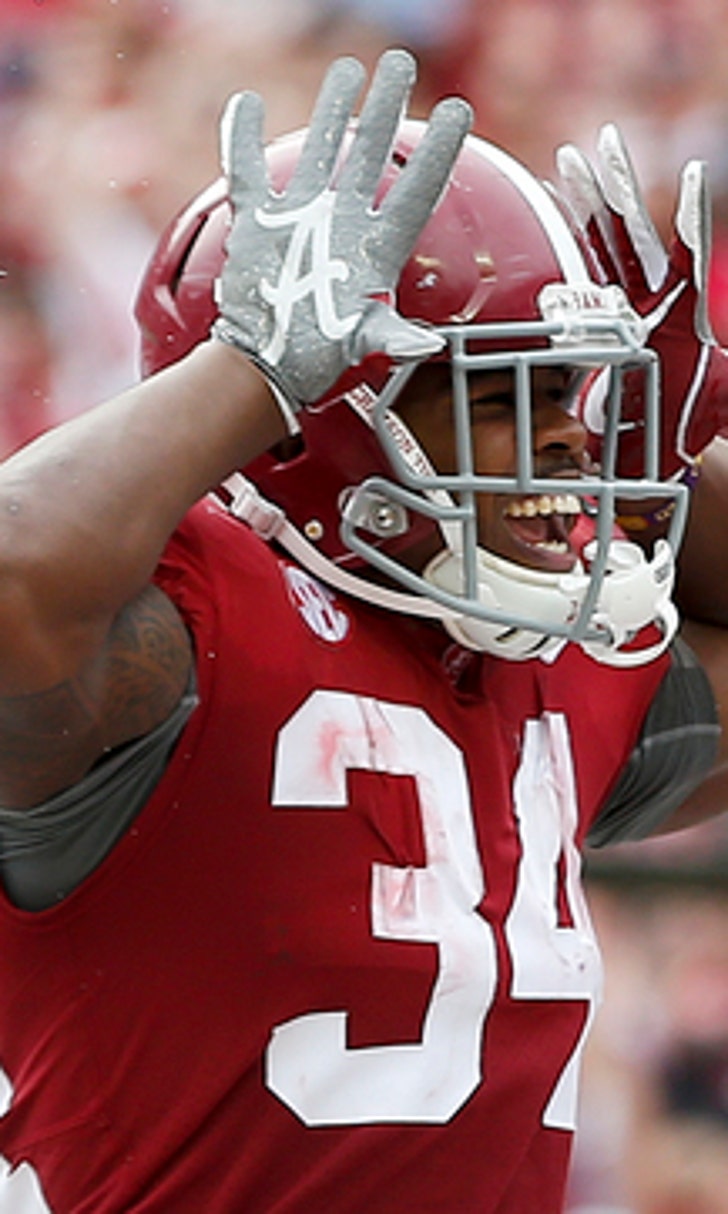 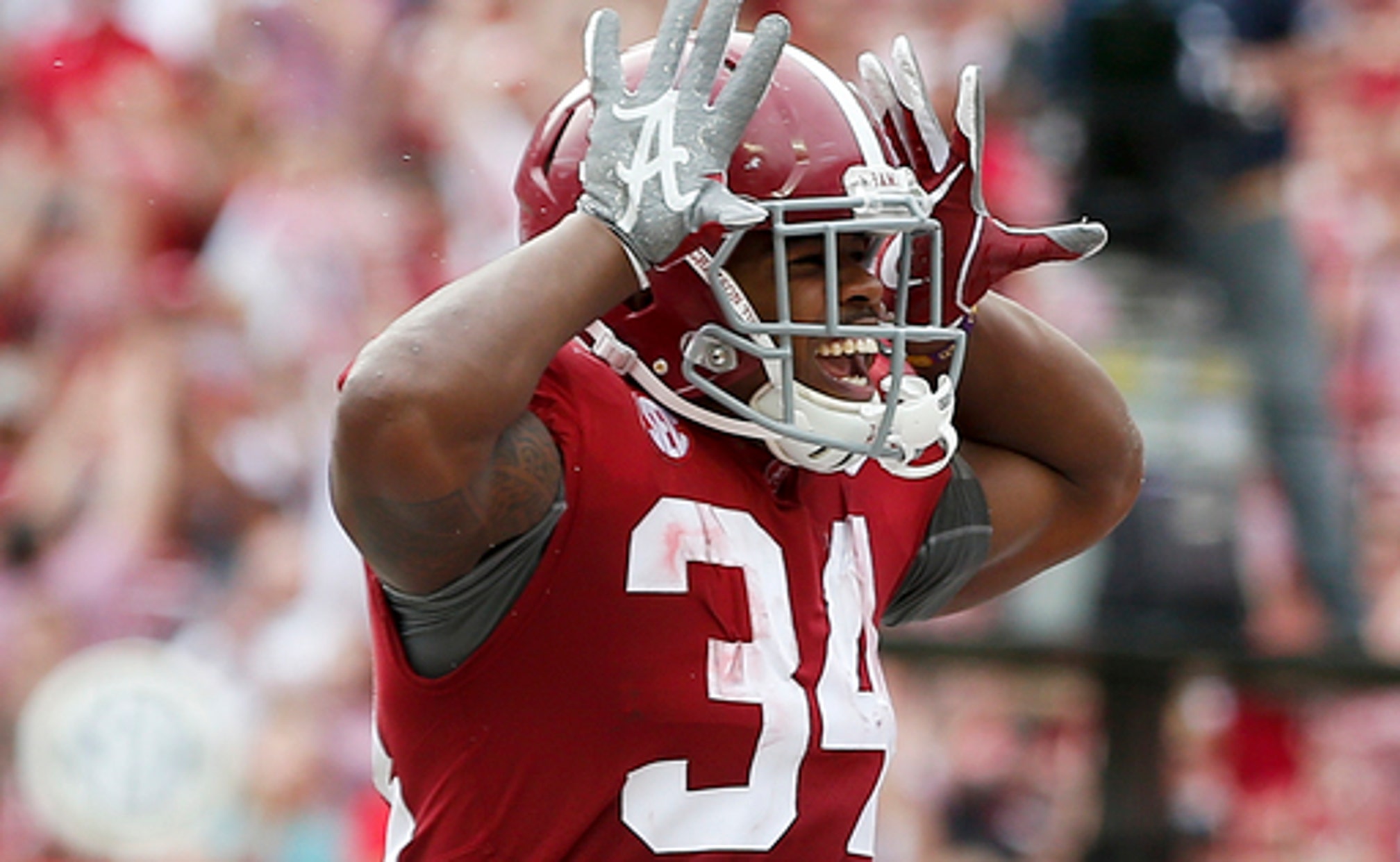 TUSCALOOSA, Ala. (AP) Bo Scarbrough had two fourth-down touchdown runs and No. 1 Alabama continued its domination of rival Tennessee with a 45-7 victory on Saturday.

The Crimson Tide (8-0, 5-0 Southeastern Conference) improved to 11-0 in the traditional Third Saturday in October game under coach Nick Saban while dealing another blow to the slumping Volunteers (3-4, 0-4) and embattled coach Butch Jones.

Alabama outgained Tennessee 604-108 in total yards even with reserves manning the offensive backfield most of the second half.

''When the ball's inside the 1-yard line, I don't know that there's ever been a time when we didn't go for it,'' Saban said.

Tide quarterback Jalen Hurts capped the opening second half drive with a 14-yard touchdown pass to tight end Irv Smith and then watched from the sidelines the rest of the way.

The Vols did snap a streak of 12-plus quarters without a touchdown after that move. Linebacker Daniel Bituli intercepted Tua Tagovailoa's pass and raced 97 yards down the left sideline for a touchdown.

Tagovailoa added big plays after his mistake. He scored on a 23-yard run and then hit fellow freshman Henry Ruggs III for a 60-yard touchdown with 4:49 left. Ruggs has five catches this season, all going for scores.

''We stuck with (Tagovailoa) so he could see that we had confidence in him and he continued to play well,'' Saban said.

Alabama made a goal-line stand in the fourth quarter with the stands mostly still packed and fans celebrating almost like it was a game-saver.

Alabama: The defense was strong as ever, but the offense and special teams each had turnovers. Hurts was a solid 13-of-21 passing for 198 yards. Damien Harris ran for 72 yards and a touchdown.

Alabama: Has an open date before hosting No. 24 LSU.

Alabama Steamrolls Auburn In Iron Bowl
The Crimson Tide were in national title form despite Nick Saban's first career absence, as the offense couldn't be stopped.
5 days ago

Is OSU's Season in Jeopardy?
A COVID-19 outbreak in Columbus could spell trouble for the Buckeyes' season. The Big Noon Kickoff crew breaks it down.
6 days ago

Lurking Or Overlooked?
BYU is 9-0, but they're only 14th in the CFP rankings. And coach Kalani Sitake had thoughts on Breaking The Huddle.
November 26
those were the latest stories
Want to see more?
View All Stories
Fox Sports™ and © 2020 Fox Media LLC and Fox Sports Interactive Media, LLC. All rights reserved. Use of this website (including any and all parts and components) constitutes your acceptance of these Terms of Use and Updated Privacy Policy. Advertising Choices. Do Not Sell my Personal Info