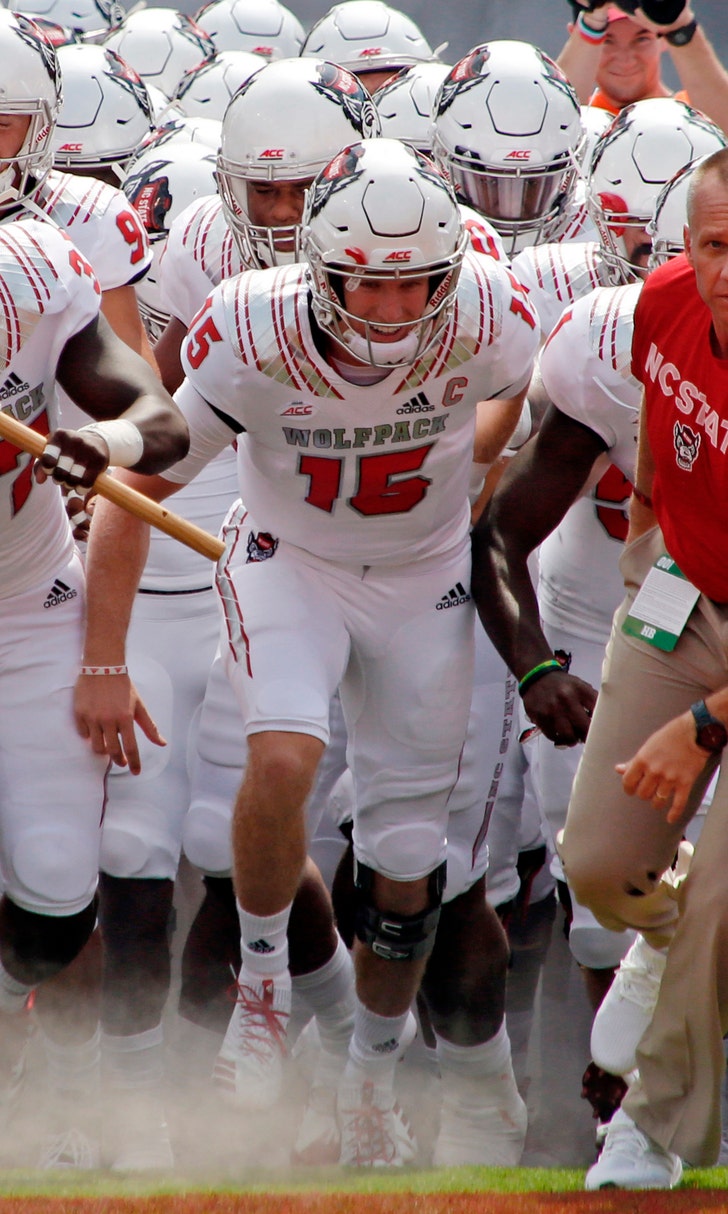 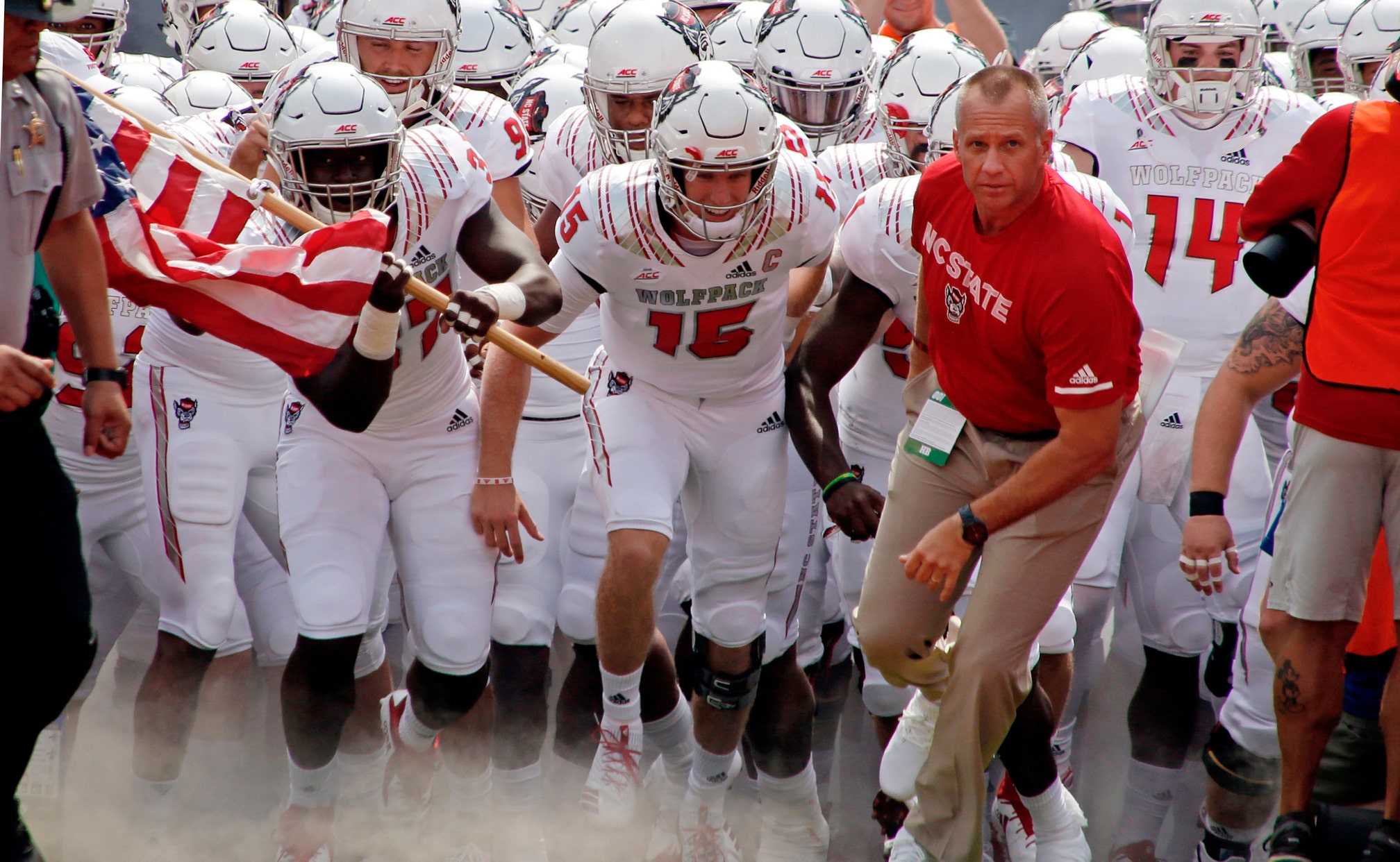 NC State gets a boost with Dunn connecting on field goals

So far, at least, the freshman has provided needed help.

Dunn has made 6 of 8 field goals entering Saturday's game against Virginia, a promising start for a Wolfpack team that has struggled to make half of its kicks over the past three seasons. The goal for Dunn is simple: be reliable and make everything feel routine.

"Simple equals success," Dunn said. "And I think it all goes back to consistency. You can have a big leg that hits 65-yards field goals or you can have the guy that's accurate from extra points to 45 yards. I feel like that's a big thing that I'm trying to work on as well.

"Yes, I can hit the deep kicks, but I've got to focus on the kicks that have to be made."

And that's been easier said than done for the Wolfpack (3-0).

N.C. State had made just 26 of 51 field goals (roughly 51 percent) over the previous three seasons, turning even short attempts into a bit of a wild ride. Kyle Bambard handled the bulk of those but made just 16 of 32 field goals during that time, while moves to graduate transfers Connor Haskins (4 of 7 in 2016) and Carson Wise (6 of 12 in 2017) didn't fix the problem, either.

One miss stands out in particular: N.C. State was set to pull an upset at Clemson's Death Valley in 2016, but Bambard missed a 33-yarder to end regulation in what turned into a crushing overtime loss against the eventual national champion Tigers.

All that had Wolfpack fans eager for Dunn's debut, even before he enrolled in January. "Definitely social media was a big thing," Dunn said. "I had people DM me. I just saw the tweets, not that I was looking for them. I feel like it was a big position to fill and a big responsibility. I'm glad it was me that was able to take that position."

Dunn has missed kicks of 43 yards in the opener against James Madison and a 31-yarder at Marshall, though that came after he had already made three short field goals.

Otherwise, coach Dave Doeren said, Dunn's performance is helping the Wolfpack offense and coordinator Eli Drinkwitz in knowing that the Wolfpack can play more conservatively in some situations because Dunn can reliably connect on field goals.

"More than anything, it's just trying to stay positive with it because it can be depressing when you drive up and down the field and don't score and miss field goals or settle for going for it and don't get it," Doeren said of past years.

"That's been hard. The mentality of going for it all the time has been hard for coach Drinkwitz, too. We know now that we get to a certain yard line, we can play normal football. . It's a different ballgame when you know you are going to get three points."