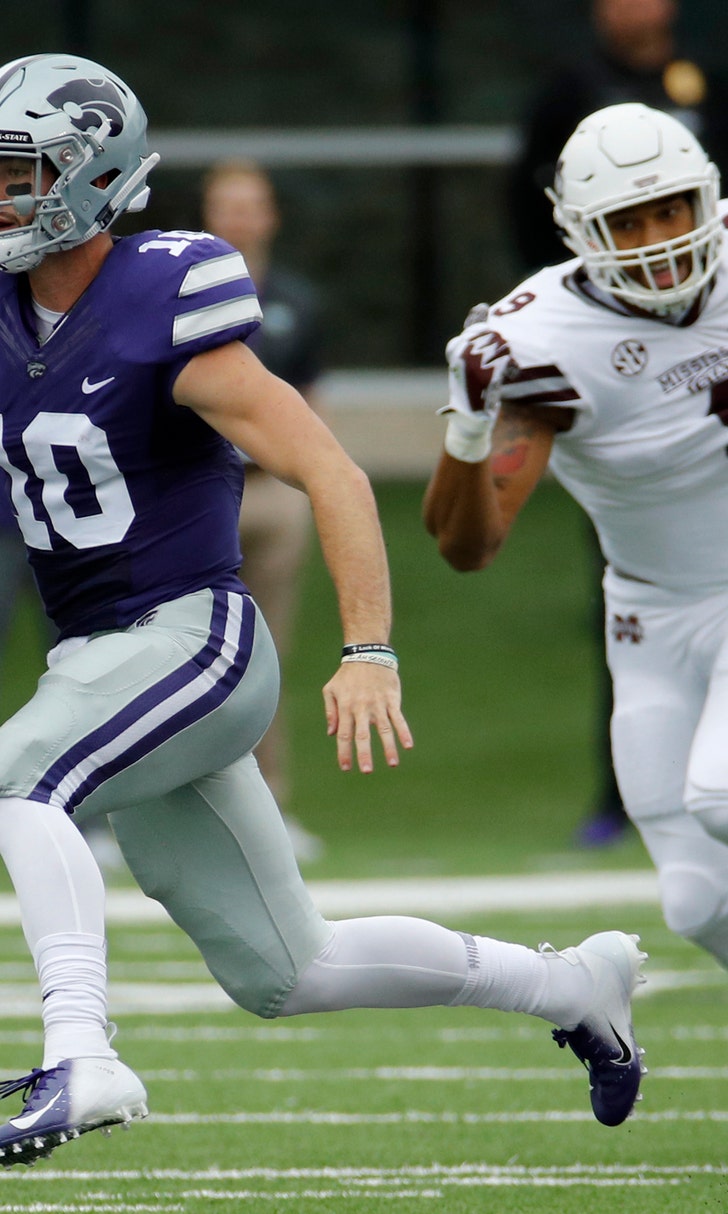 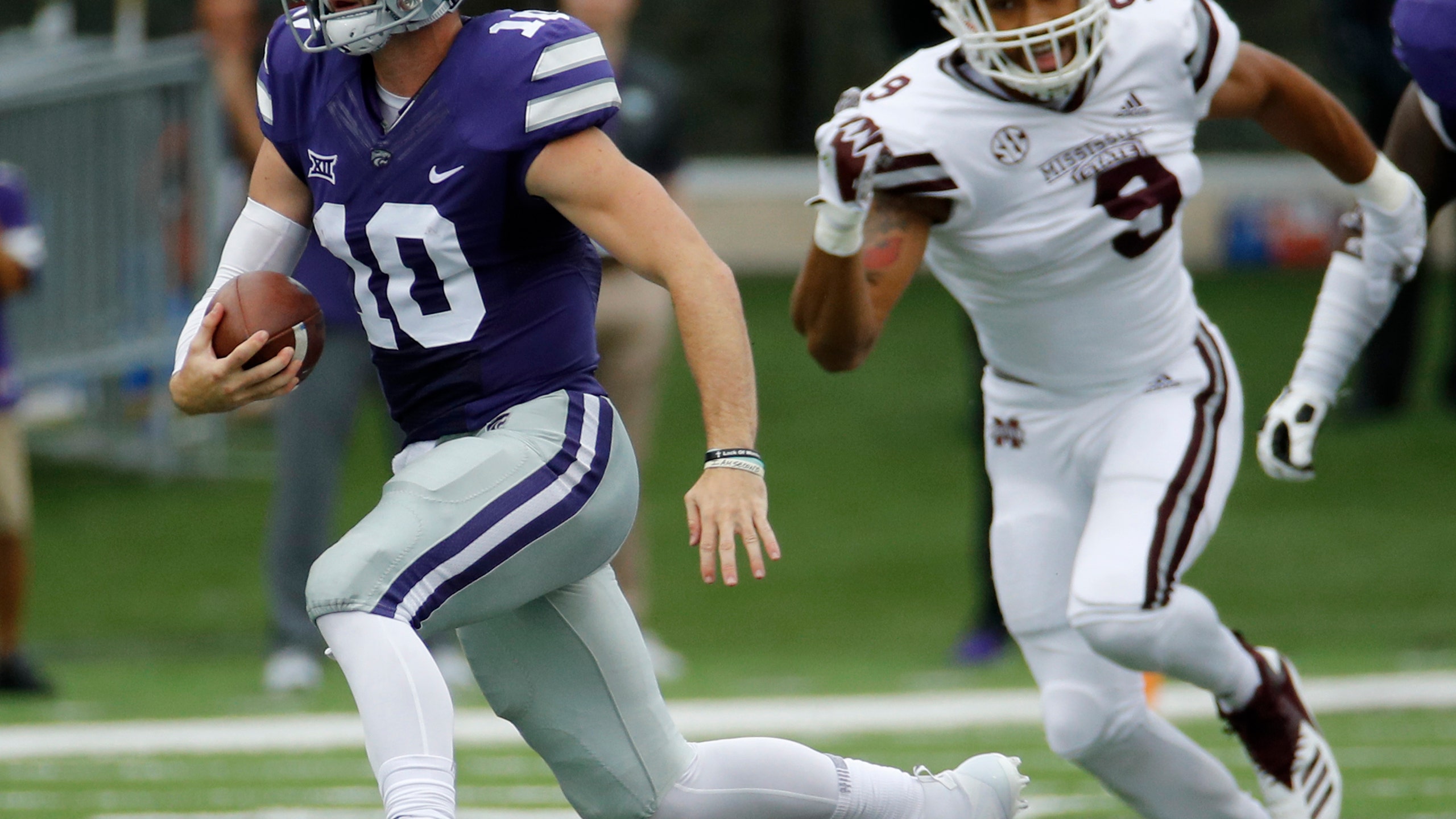 All along, Bill Snyder said he would play both of them.

That finally changed this week.

The Wildcats' longtime coach said he would go with Thompson as the clear starter when they take the field Saturday against UTSA. Thompson also has started the first two games, a close win over South Dakota and a blowout loss to Mississippi State, but Delton appeared in both.

"We'll put a starter on the field every week, and that starter — and I'm not trying to put undue pressure on them — if they're performing well they'll certainly stay on the field for the vast majority of the time," Snyder said. "It's not like saying, 'OK, we're going to play you for a half and you for a half.' We're beyond that stage anyway, right now

"If they are having some struggles, some difficulty, it's very likely we'd substitute and play the other one. We're just trying to get the best performance that we can on the field."

Thompson was just 7 of 17 for 86 yards against the Bulldogs, and he was mostly bottled up in the quarterback-run game that is so important to the Wildcats' offense. He did throw a nifty touchdown pass to Dalton Schoen when the outcome was still in the balance, but otherwise the sophomore from the Kansas City suburb of Independence struggled to consistently pick up first downs.

His early struggles last Saturday led to Delton taking a few snaps. He was just 2 of 4 for 14 yards and was also stifled on the ground, his stat line made worse by a costly interception.

"We only put one touchdown on the board. You don't win games doing that," said Delton, a junior who led the Wildcats to an impressive victory over UCLA in the Cactus Bowl last December.

This is hardly the first time Snyder has vacillated between quarterbacks.

Nearly two decades ago, during his first tenure in Manhattan, he was forced to choose between Ell Roberson and Marc Dunn. More recently, there was a nip-and-tuck competition throughout fall camp between Jake Waters and Daniel Sams.

In all those cases, there was a clear difference in skillsets. Roberson and Sams, much like Delton, were more adept at running than throwing. Dunn and Waters, much like Thompson, were gunslingers who still had enough scrambling ability to run everything in Kansas State's vast playbook.

Roberson and Waters won their competitions, and Thompson appears to have won his. So it doesn't appear that Snyder is beholden to one style of quarterback over the other, rather he's trying to find the guy who can be most productive whenever the ball is in his hands.

"Each snap that we had," Snyder said of the Mississippi State game, "there's something there that prevented the play from being a reasonably successful play. They aren't all going to be successful, but there are so many of them that had an opportunity to be successful. A mistake here or mistake there in terms of execution prevented that from happening."

Those mistakes weren't solely on the shoulders of the quarterbacks, either.

Kansas State's wide receivers struggled to get open, and when they did there was more than one dropped pass. The offensive line likewise had a hard time dealing with the Bulldogs' talented front, even though a group that returned from last season entirely intact was supposed to be the team strength.

"Obviously, you just look at the numbers. I mean, in the first three quarters of each ball game, in those six quarters we've gotten six points on the board," Snyder said. "So we're not starting very well, and that period of start time is lasting a long time."

Kansas State doesn't have a whole lot of time to sort things out.

The Roadrunners are limping into Manhattan on Saturday off a pair of lopsided losses, but then comes a date at No. 14 West Virginia. There is also a three-game stretch a few weeks down the road of No. 24 Oklahoma State, fifth-ranked Oklahoma and No. 15 TCU — the latter two on the road.

"The most important thing for me right now," Snyder said, "is that our players maintain confidence in each other. It's so easy for one side of the ball to lose confidence and become critical, whether it's verbally or just within, of the other side of the ball. I don't expect that out of our players, but they are going through the test for sure."