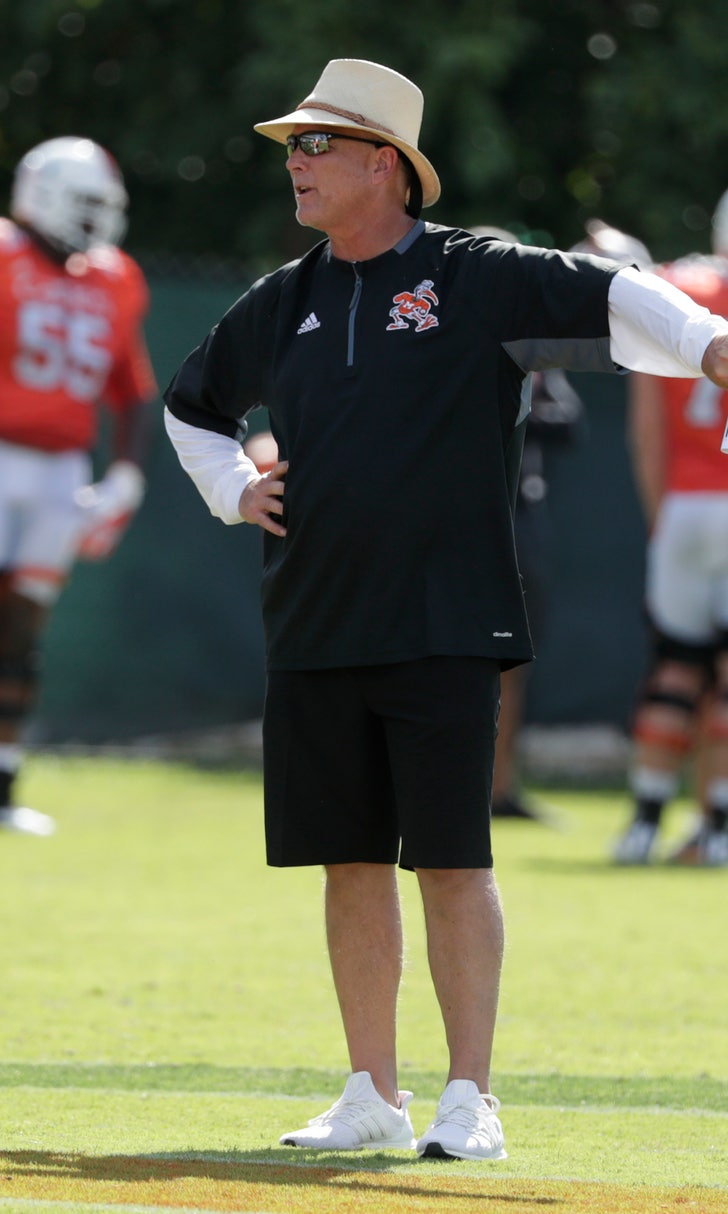 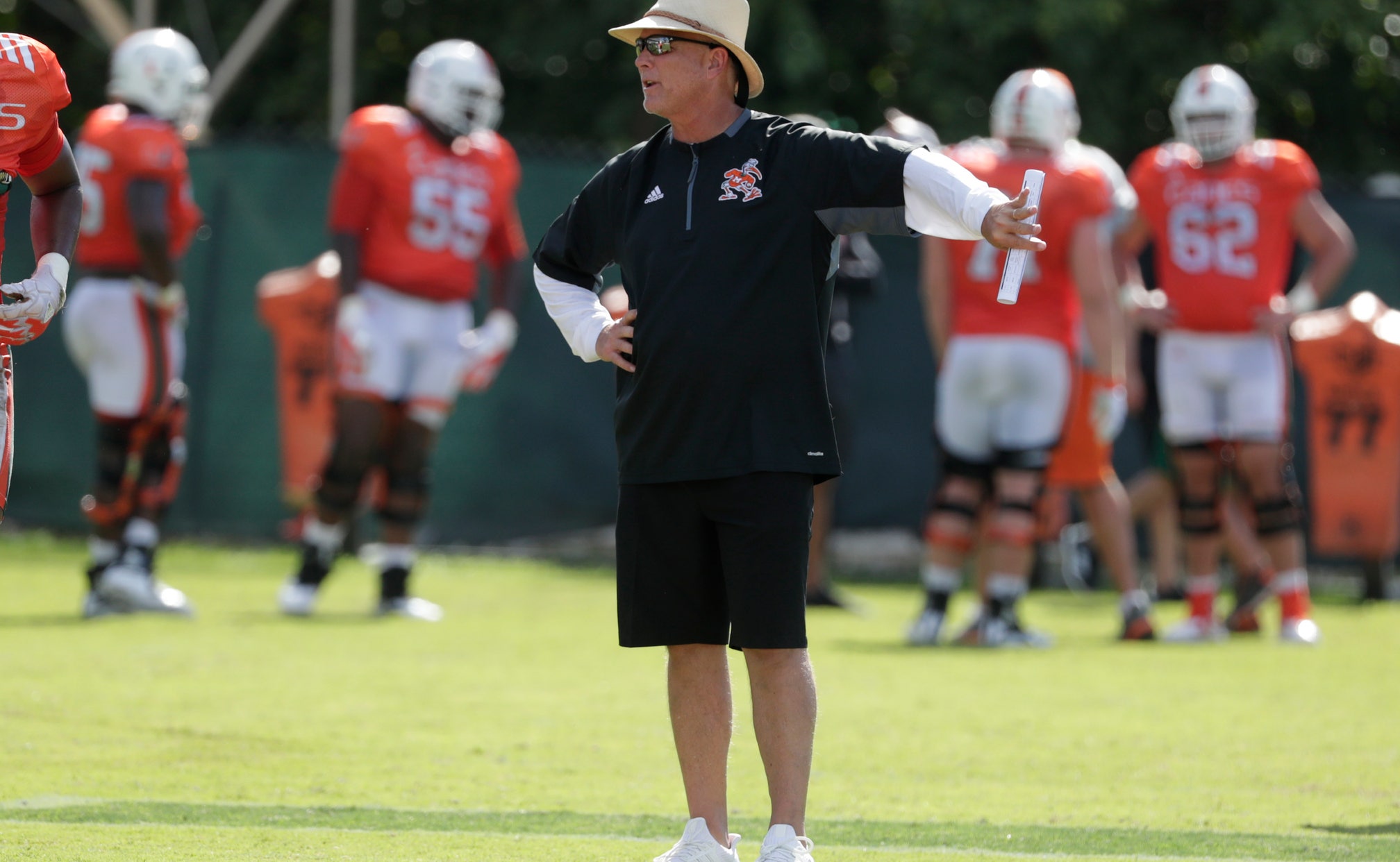 Hurricanes broke out in 2017, and now must do so again

CORAL GABLES, Fla. (AP) — Miami finally lived up to expectations last season. The Hurricanes now have to figure out a way to do so again.

With 15 starters back from a year ago, the Hurricanes are again the preseason favorite to win the Atlantic Coast Conference's Coastal Division title — just as they did in 2017 when they finally went to the league championship game for the first time.

It was a long-awaited breakthrough year, and Miami is aiming to keep building off that success.

"I definitely think teams have learned to respect us," defensive back Jaquan Johnson said at the ACC's preseason media days. "I read something, I'm not sure what coach said it, but it was something about how Miami, 'If you get them in a close game, they're not going to finish.' This was like two years ago. And last year we really wanted to emphasize on finishing the game, and in close games we needed to win them. That's what we were able to do last year."

The Hurricanes started 10-0 last season, then lost their final three — the regular-season finale at Pittsburgh, the ACC title game to Clemson and then the Orange Bowl to Wisconsin.

The 10 wins showed the potential. The three-game losing streak to end the year served as offseason fuel.

Returning quarterback Malik Rosier was announced in July as the starter for 2018, so he'll be back. So will the star of Miami's season a year ago — the turnover chain, the gaudy piece of jewelry that comes out when the Hurricanes get a takeaway and is the center of what's usually a raucous sideline celebration.

"The turnover chain itself is definitely like the 12th man," Johnson said. "As soon as it comes out, as soon as we get the turnover, it starts. You start to hear all the yelling and the shouting, but once the turnover chain goes on our neck, it's like a whole 'nother notch."

Some of what to know about Miami's 2018 season:

This could be a bit thorny. Opening against LSU is a strong test. A road game at Toledo on Sept. 15 will be against a Rockets team that went into Miami and led the Hurricanes at halftime last year. And then the Miami-FIU rivalry resumes on Sept. 22 after an 11-year hiatus caused in large part by the infamous brawl between the teams in 2006. As far as key ACC games, the Hurricanes play host to Florida State but will travel to Virginia Tech.

The top two passcatchers from last season are gone. Braxton Berrios and Christopher Herndon IV combined for 95 catches last season; none of the returning Hurricanes made more than 24. Miami desperately wants Ahmmon Richards to return to his freshman form — injuries limited him to eight games last season. Jeff Thomas will be one of the fastest wideouts in the ACC, and could slide into the Berrios role.

Miami's starting linebacker unit could be among the nation's best. Shaquille Quarterman, Michael Pinckney and Zach McCloud are all juniors and the NFL is probably going to come calling for at least two of them after the season. They combined for 199 tackles last season, including 22 1/2 for losses. And defensive lineman Joe Jackson is inexplicably underrated; he'll see double-teams all season and probably won't be fazed.

The Hurricanes seemed to wear down toward the end of last season. Running back Travis Homer, the team's leader in all-purpose yards a year ago, averaged 106.6 yards in the season's first 10 games, all wins — and 45.7 yards in the season's final three games, all losses. If Miami is going be spry enough to challenge for the ACC title in December, the fuel tanks will have to have more left than they did down the stretch a year ago.

Red zone is an area where Miami needs to improve. The Hurricanes made 43 trips inside the opponent 20 last season, but converted them into only 25 touchdowns. They were great at chip-shot field goals, but a brutal 3 for 8 on kicks of 40 or more yards. Meanwhile, opponents didn't miss a single kick against Miami last season — 26 for 26 on extra points and 21 for 21 on field goals.