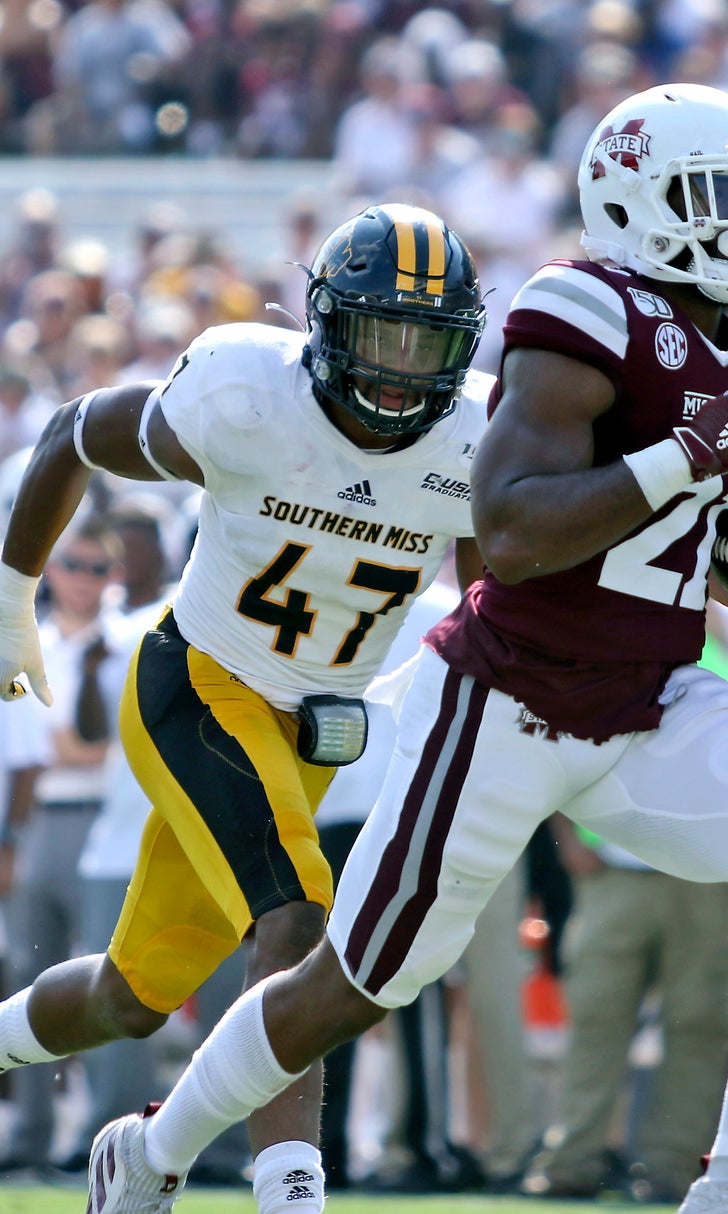 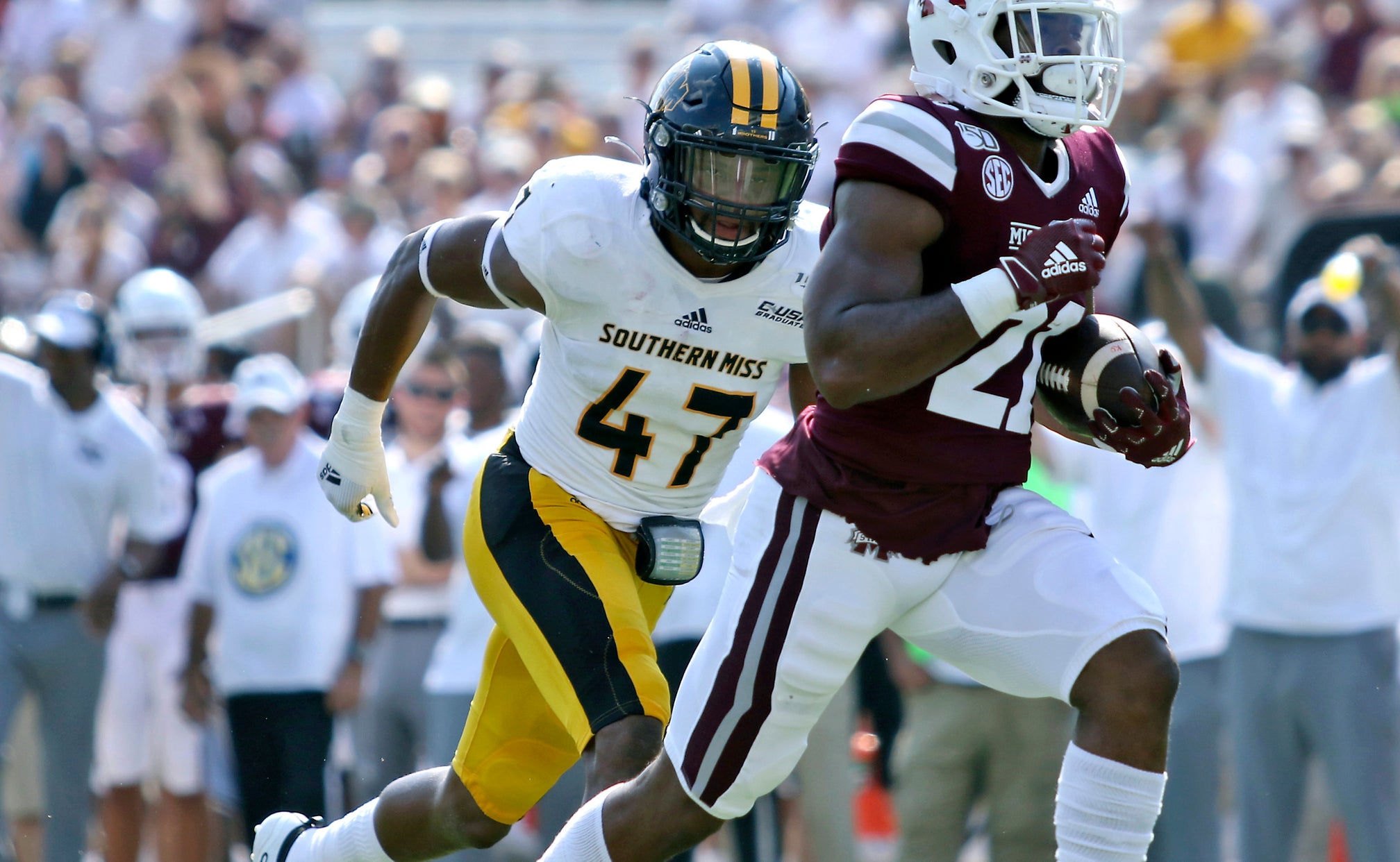 STARKVILLE, Miss. (AP) — Kylin Hill rushed for 123 yards and one touchdown to lead Mississippi State to a 38-15 win over Southern Mississippi Saturday at Davis Wade Stadium.

Hill was injured late in the first half but returned in the second half and totaled 67 yards and his touchdown run in the second half. The Bulldogs (2-0) finished with 386 yards of total offense and collected 210 yards on the ground.

"I thought we didn't flinch in the face of adversity and we had moments to do that," said head coach Joe Moorhead. "We had one guy go down on offense and then on defense. But as I've said, we have good leadership in our program and we have to be like our mascot and be a Bulldog. Our offense found a good balance and productivity. We left some things on the field but as we progress, we will clean those things up. It was just a good team win."

Southern Miss (1-1) was held scoreless in the first 40 minutes of action. The Golden Eagles got their first touchdown on a Jack Abraham 28-yard touchdown pass to Jaylond Adams. Abraham also connected with Jordan Mitchell in the final quarter on a 65-yard scoring toss.

Mississippi State was efficient in the first half on offense and held a 21-0 lead at halftime. Quarterback Tommy Stevens opened the game a perfect 9 of 9 passing before being injured late in the second quarter. Stevens had touchdown passes to Osirus Mitchell and Stephen Guidry before exiting the game.

The Bulldogs added a Nick Gibson 13-yard touchdown run with 42 seconds left in the first half. But the first half was costly for Mississippi State as Stevens did not return to action in the second half. The former Penn State transfer finished 9-of-10 passing for 105 yards and two touchdowns.

"I think Tommy started off well and had a good streak going," said Moorhead. "It was not so much what we were seeing but what we gameplanned for. But it is what I was preaching last year. We want to be a team that is balanced, and the last two games, hopefully we saw a snapshot of what we want to be. If a team takes away one aspect, we want to be able to throw it or run it."

Abraham finished 16-of-26 passing for 234 yards with two touchdowns and two interceptions. Mitchell led the Eagles with five catches for 94 yards and one touchdown.

Mississippi State's defensive showing was much better on Saturday against Southern Miss compared to the opener. The offense was also balanced again, but the status of quarterback Tommy Stevens remains unclear. Stevens exited the game late in the second quarter due to an upper-body injury. Head coach Joe Moorhead said Stevens is day-to-day.

Southern Miss struggled to exhibit any kind of running game for the second straight outing. The Golden Eagles collected just 95 yards rushing in the opener against Alcorn State and managed just 110 yards rushing on Saturday.

Southern Miss opens the road schedule with a trip to Troy.

Southern Miss Golden Eagles
share story
those were the latest stories
Want to see more?
View All Stories
Fox Sports™ and © 2020 Fox Media LLC and Fox Sports Interactive Media, LLC. All rights reserved. Use of this website (including any and all parts and components) constitutes your acceptance of these Terms of Use and Updated Privacy Policy. Advertising Choices. Do Not Sell my Personal Info