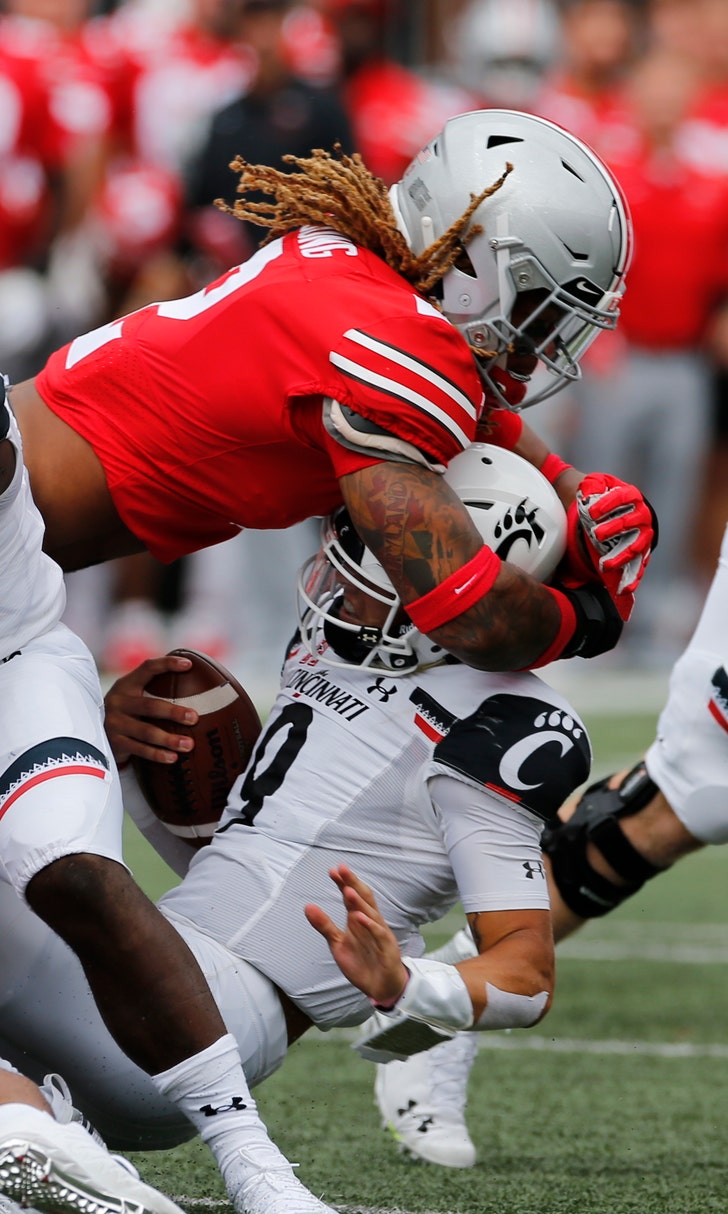 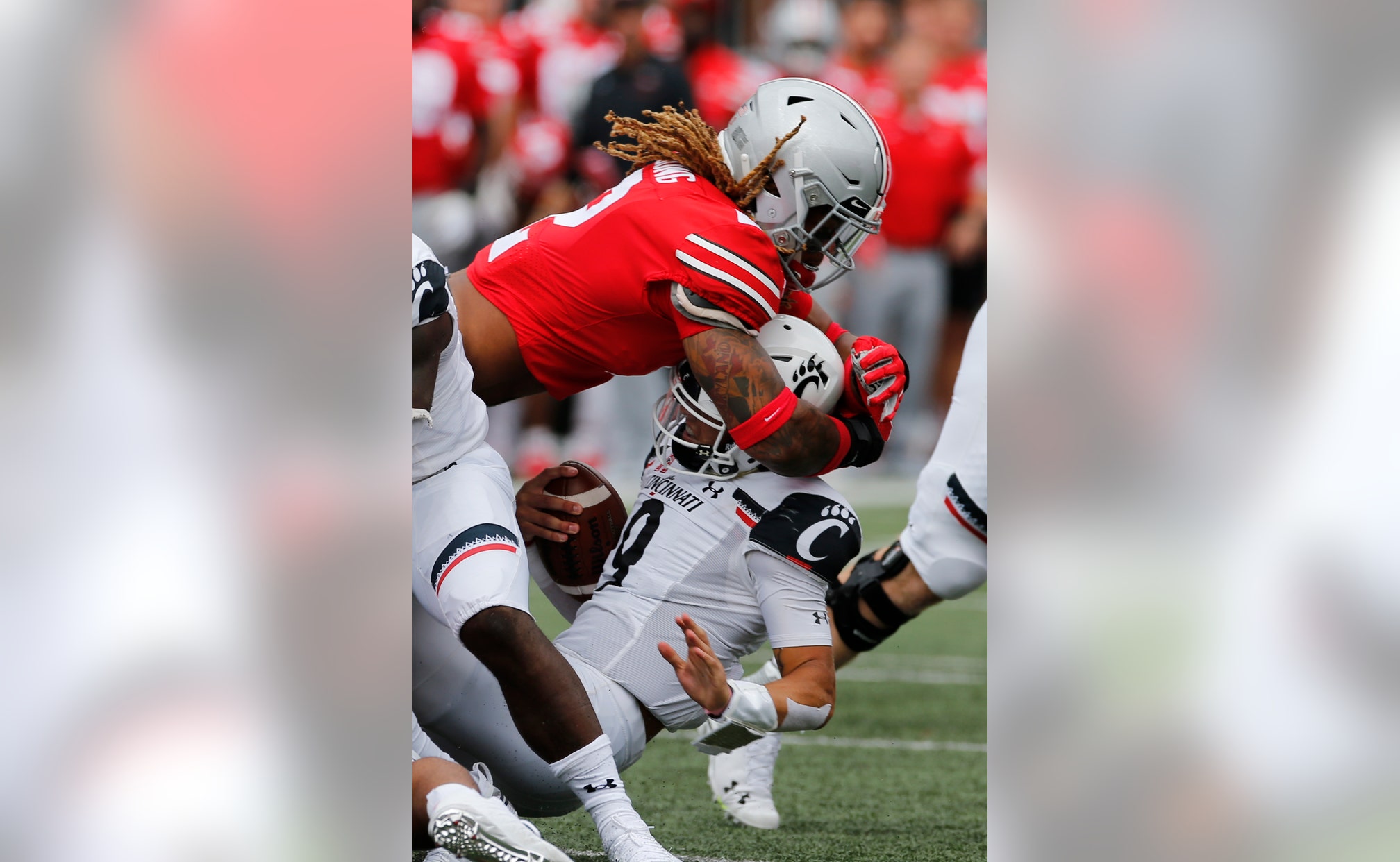 COLUMBUS, Ohio (AP) — The hopes for a shocking upset that Luke Fickell and Cincinnati carried with them up Interstate 71 didn't take long to dissipate into the late summer air at Ohio Stadium on Saturday.

The long afternoon started when quarterback Justin Fields dashed up the middle for a 7-yard touchdown run on Ohio State's second drive of the day. And it got worse for the Bearcats from there.

Fields, the Georgia transfer in his first year starting for the Buckeyes, was prolific the rest of the day with help from tailback J.K. Dobbins and an angry Ohio State defense in the 42-0 rout of Cincinnati, which last beat the Buckeyes in football 122 years ago.

"We got our absolute butts whipped," said Fickell, the third-year Bearcats coach who played and coached for years at Ohio State.

Fields ran for a second score and passed for two as No. 5 Ohio State (2-0) dismantled Cincinnati in Fickell's return to Ohio Stadium.

"They just ruined any sentimental thought you had," he said. "I'm disappointed we couldn't give them a real game."

The Bearcats (1-1) came in with confidence after an opening week home win over UCLA but couldn't get it together. By halftime it was 28-0.

The Ohio State defense held down Cincinnati and shut the door with a blocked field goal, an interception and, late in the game, a fumble for a touchback on the only occasions the Bearcats threatened. The Buckeyes sacked quarterback Desmond Ritter five times.

"I think today was another step in the journey, the right step — where we want to be," Ohio State coach Ryan Day said.

Cincinnati: With the drama surrounding the return of Fickell, the Bearcats were expected by many to give Ohio State more of a game. But the Buckeyes defensive line made it tough to establish any ground game. Ritter hit a few passes for big gains but otherwise the Bearcats' offensive highlights were few.

"They just made it really hard for us to run the ball up front," Ridder said. "Usually we're a run-first offense. Today we had to be a pass first offense and then we really couldn't get it going in the passing game, whether that was up front or me just connecting with the receivers."

Ohio State: The Buckeyes exploited the talent deficit, and their skill players and defense were better than last week and made fewer mistakes just in time for Big Ten play to begin next week.

The Ohio State tailback was disappointed at not being able to break a long run in last week's win over FAU. He got it against Cincinnati, a 60-yard scoring rumble in the second quarter .

"It was great, but I've got to keep getting better," Dobbins said. "Maybe next week I'll have a longer one."

The junior rushed for 141 yards and pair of touchdowns — all in the first half. He came back for one play in the third quarter and threw a beautiful block to spring Fields on a 4-yard touchdown run.

He was credited with three tackles and 1.5 sacks, but that doesn't tell the whole story. With Ohio State leading 7-0 in the first quarter, Young blocked a 32-yard field goal attempt by Cincinnati's Sam Crosa. Then he sacked Ridder to force a punt in the Bearcats' first drive of the second half. He also had a near interception.

"I feel we were clicking on all cylinders today, but I feel like the best is yet to come," he said.

Beating a 16-point underdog in blowout fashion probably won't get the Buckeyes up into to the top four.