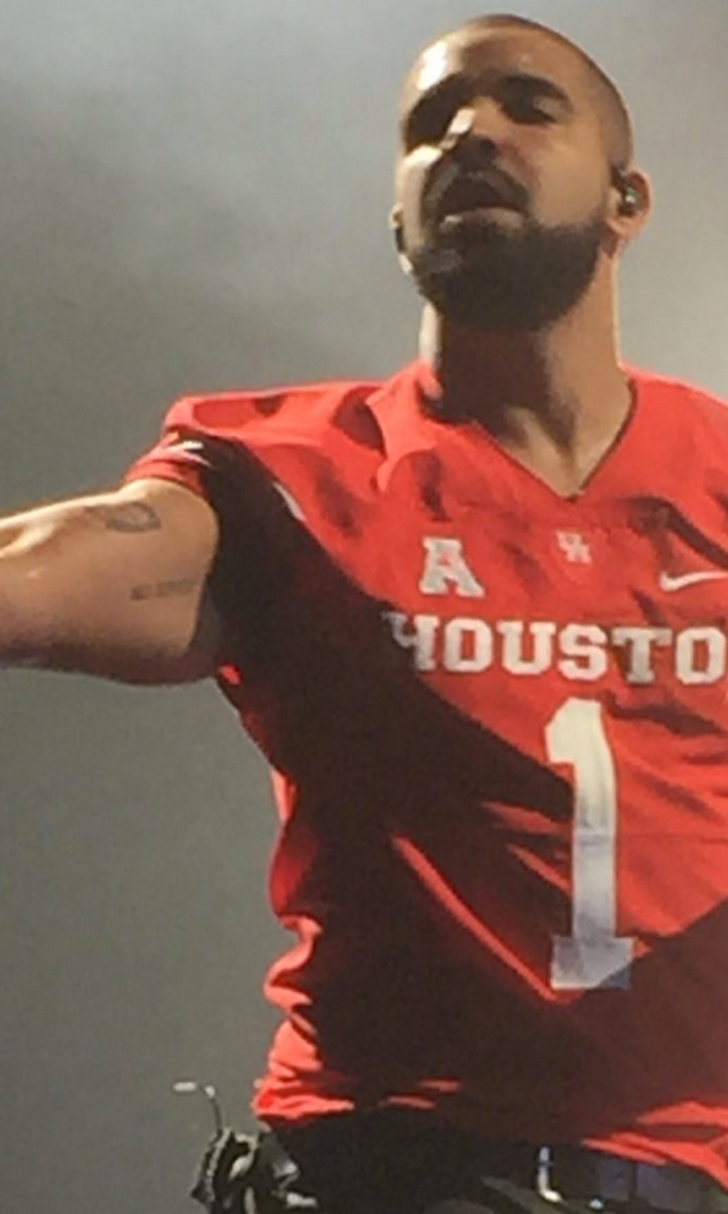 Houston shocked Oklahoma and knocked off the No. 3 Sooners 33-23 Saturday in NRG Stadium, sending a message that the Cougars could be legitimate College Football Playoff contenders this season. 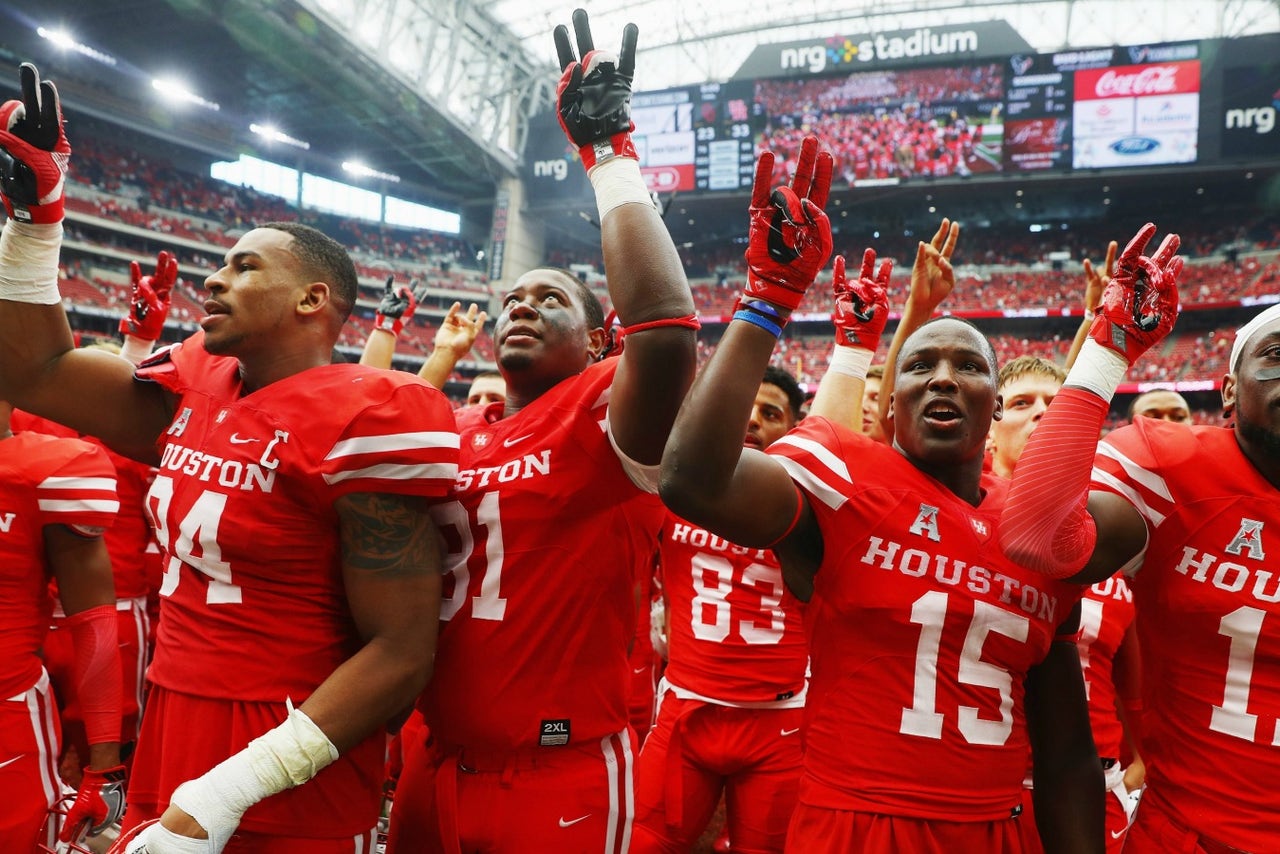 Not long after the game ended, the Cougars received a huge nod of approval from Canadian superstar Drake, who happened to be perfoming that night in the Toyota Center in Houston.

Drake has a reputation as the sports world's biggest bandwagon fan, but he at least has some connection to the city of Houston, which is where he got his first big break as a musician. There also aren't any great college football programs in Toronto, so he probably gets a pass this time.