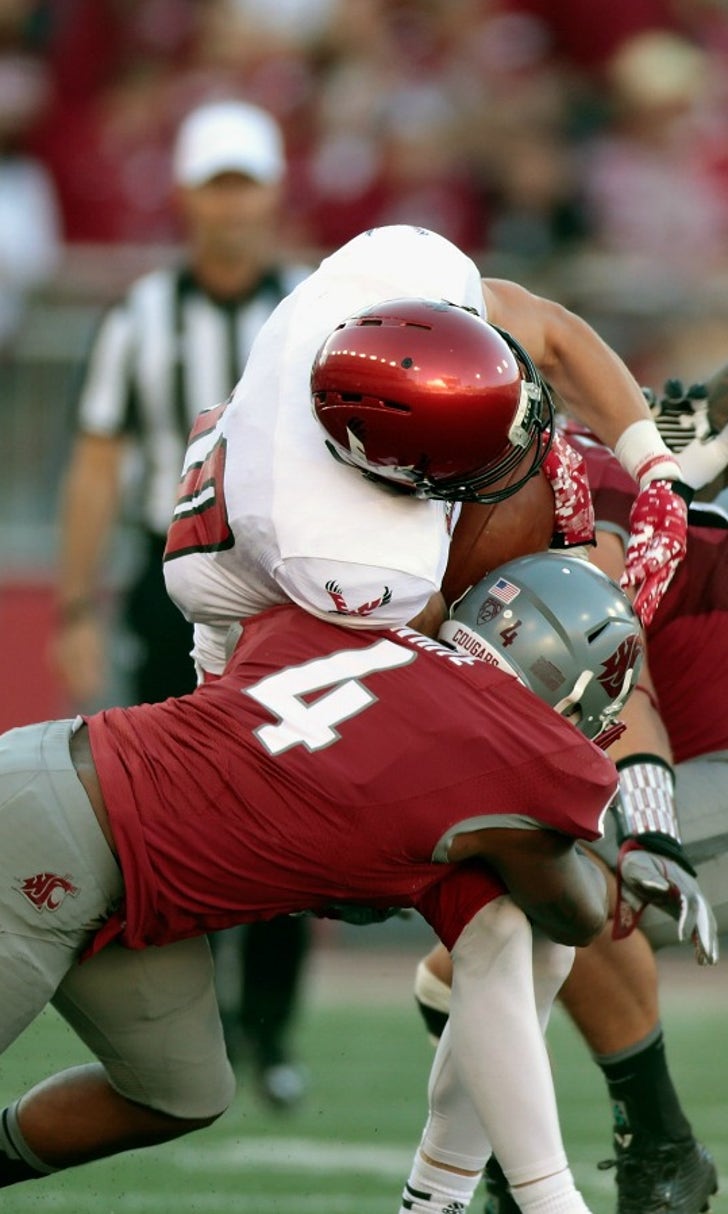 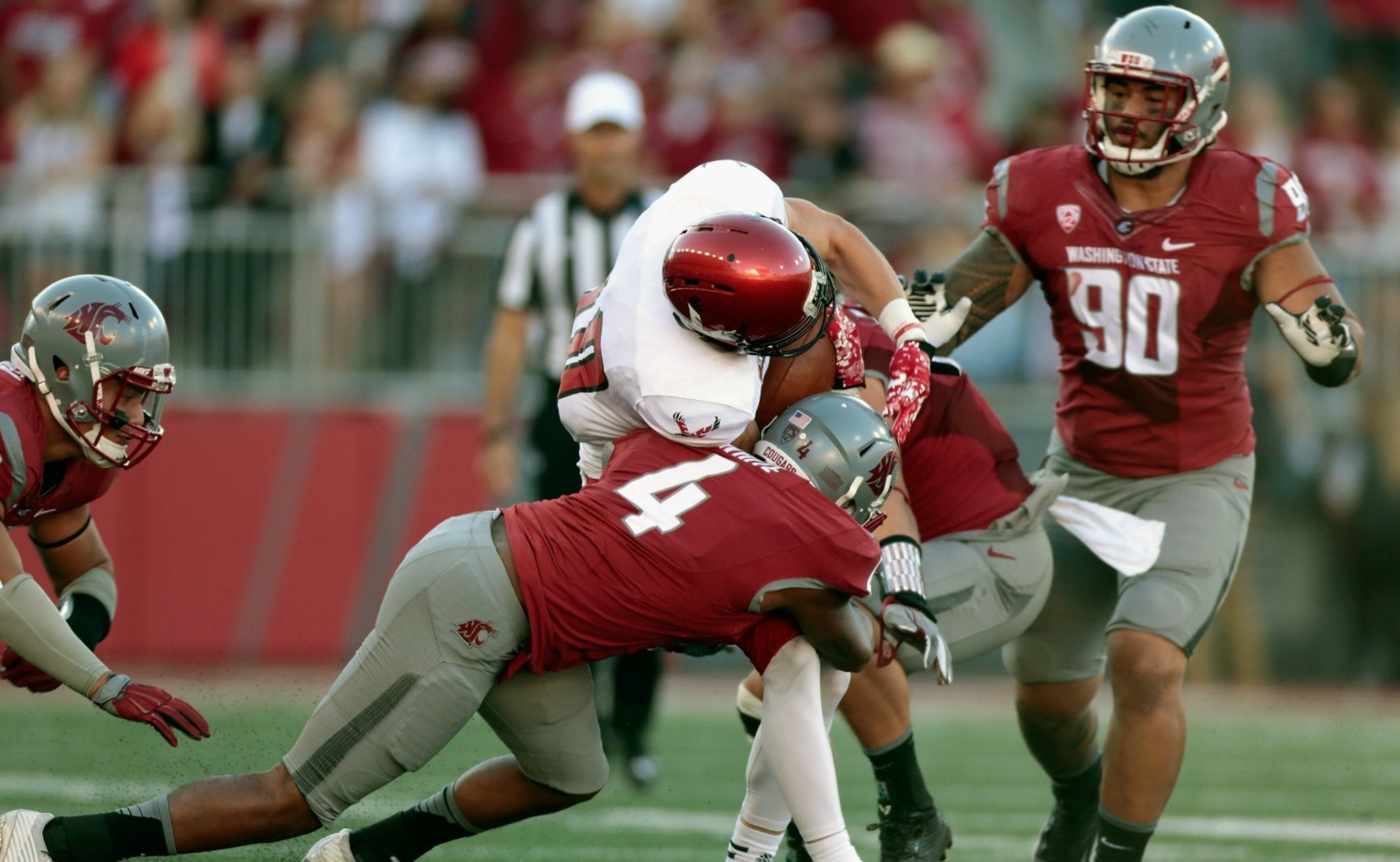 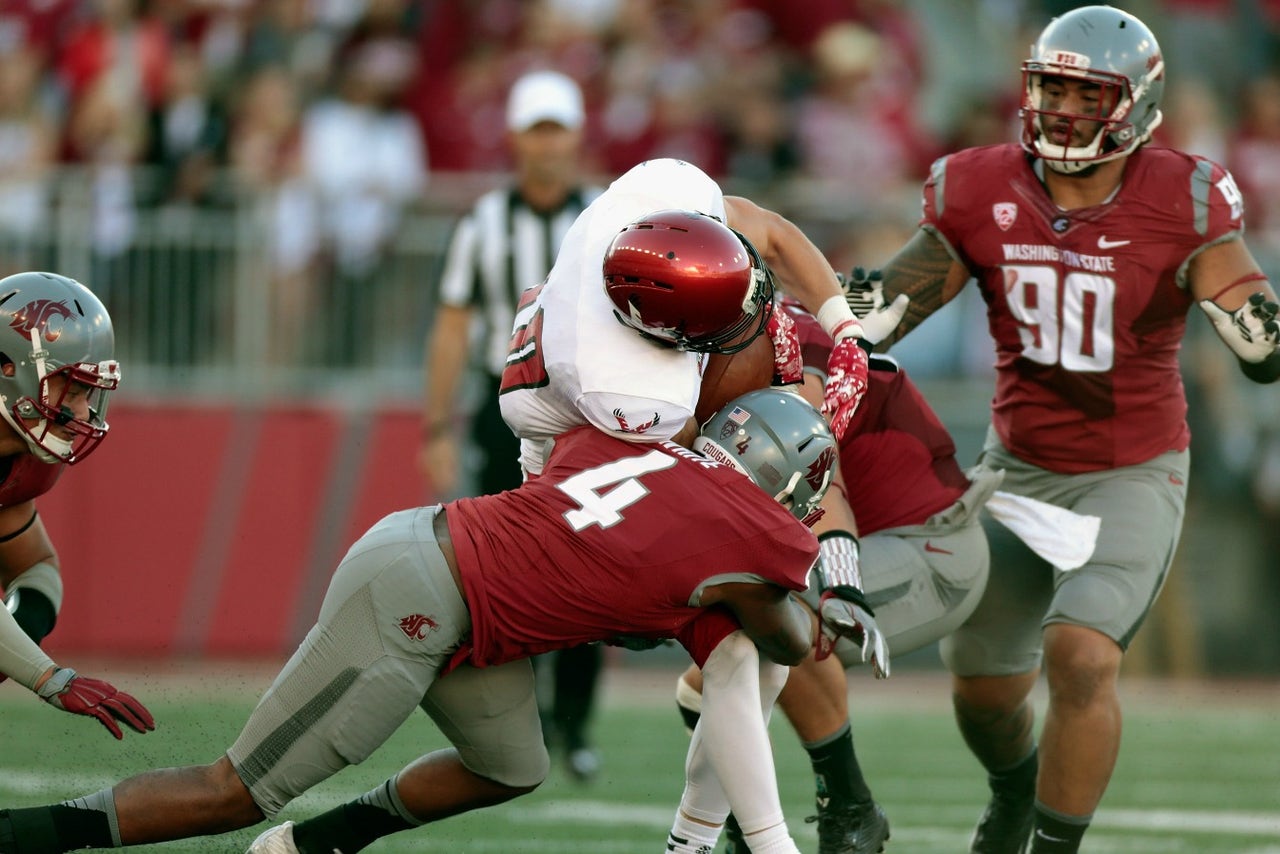 After Saturday, Mike Leach and Washington State have heard -- and seen -- all they can handle of the Eastern Washington wideout.

Eastern Washington surprised the Cougars, 45-42, in Pullman behind an amazing performance by Kupp, last year's FCS Player of the Year, and quarterback Gage Gubrud.

Kupp was a triple threat: He caught 12 passes for 206 yards and three touchdowns, threw a completion for 22 yards and ran twice for 29 yards.

His 7-yard pass to Kupp in the third quarter made the wideout the all-time leading FCS receiver in touchdowns with 59, surpassing David Ball of New Hampshire's mark.

ICYMI | @CooperKupp set the @NCAA_FCS career TD record with 3 TD's against WSU. He now has 59 in his career! #GoEags pic.twitter.com/poXbS8qrMl

Kupp comes up with stellar efforts against Pac-12 schools. In 2015,  he caught 15 passes for 246 yards at Oregon. Two years ago he caught three touchdown passes against Washington. As a freshman, he caught five passes for 119 yards and two touchdowns against Oregon State.

Kupp won't get the chance to burn Pac-12 DBs anymore this season. However, EWU will face a stiff test next week against FCS powerhouse North Dakota State.

North Dakota State produced Carson Wentz, the No. 2 overall pick in the 2016 NFL Draft by the Philadelphia Eagles.

More perfomances like the one against Washington State and Kupp will likely be hearing his named called early in the 2017 NFL Draft, which will be held in the City of Brotherly Love.

Washington State Cougars
share story
those were the latest stories
Want to see more?
View All Stories
Fox Sports™ and © 2020 Fox Media LLC and Fox Sports Interactive Media, LLC. All rights reserved. Use of this website (including any and all parts and components) constitutes your acceptance of these Terms of Use and Updated Privacy Policy. Advertising Choices. Do Not Sell my Personal Info