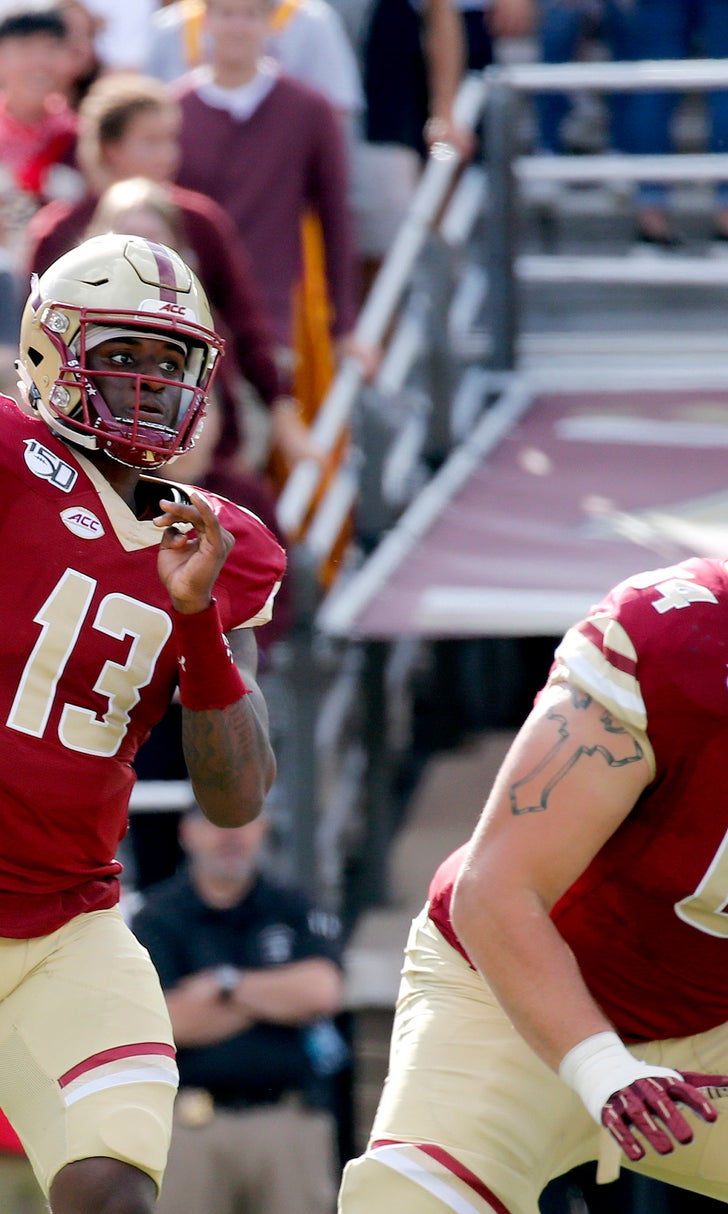 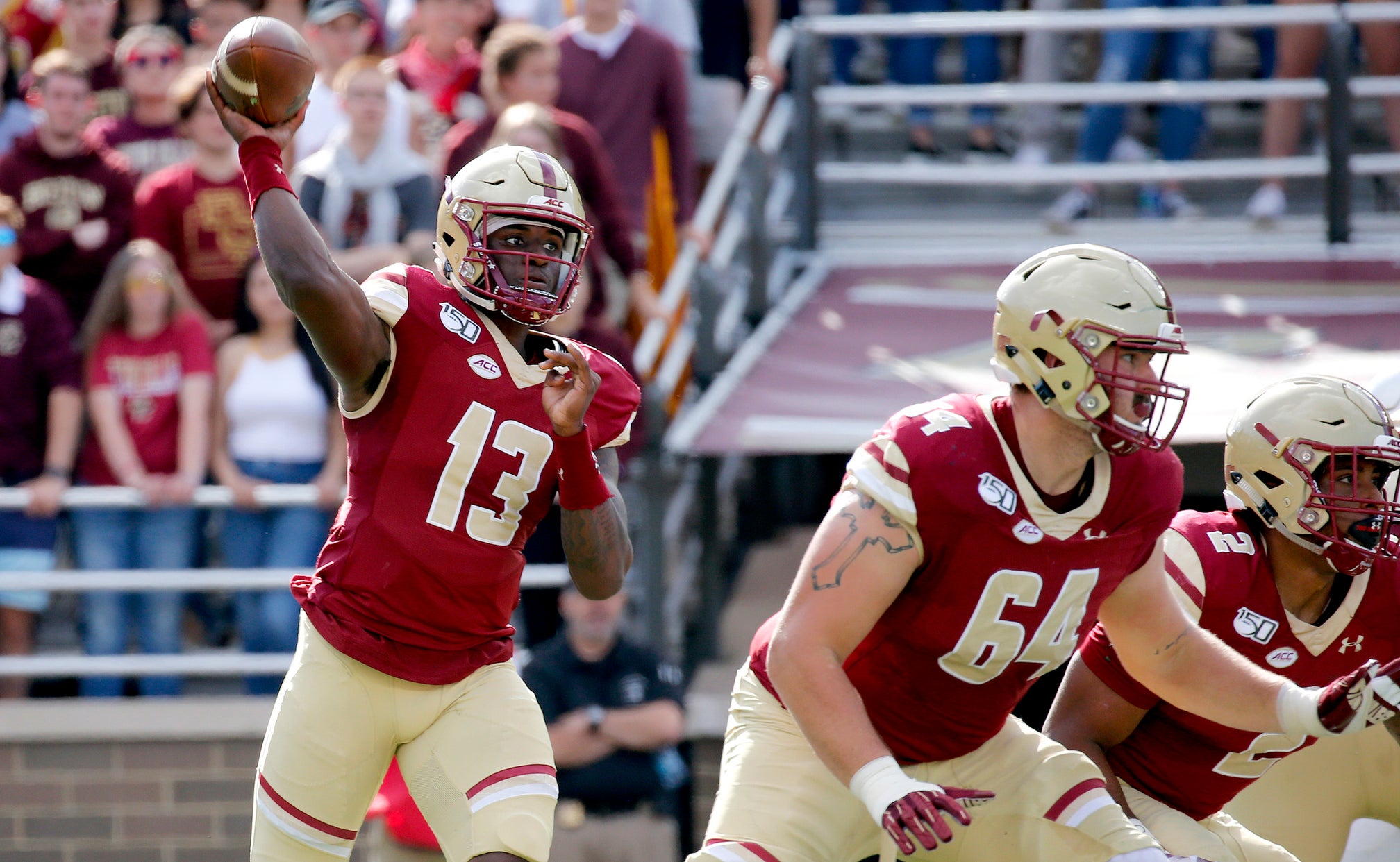 Brown, Dillon carry BC to easy 45-13 win over Richmond

BOSTON (AP) — Boston College coach Steve Addazio's plan was to get off to a fast start and take some key players out of the game quickly with a short week coming up.

Anthony Brown threw for three touchdowns in the first half, AJ Dillon caught a touchdown pass and ran for two scores and the Eagles coasted to a 45-13 nonconference victory over Richmond on Saturday.

Brown completed 8 of 14 passes for 163 yards and didn't throw an interception, backup running back David Bailey had 97 yards on 13 carries, and Dillon finished with 86 yards on 17 attempts. Both backs saw only four carries after halftime, none in the final quarter.

Coming off a season-opening 35-28 Atlantic Coast Conference victory over Virginia Tech last week, the Eagles scored on five of their first six possessions, turning a simple swing pass and slant into easy scores en route to a 35-10 halftime edge.

"There's a lot of things we didn't want to do today," Addazio said. "We felt really good about handing the ball off to our tailbacks. Really wanted to make sure we developed in the areas we wanted to develop in and get some guys off the field. That was our goal as quickly as we could."

Joe Mancuso completed 11 of 17 for 124 yards with a TD but was picked off twice for the Spiders. He also ran for 70 yards.

"I liked what we did offensively all game," coach Russ Huesman said. "We threw and caught it pretty good. I thought Joe played really well and ran the ball effectively, our receivers made some plays for him and we ran the ball pretty well."

The Eagles scored on the opening drive when true freshman Zay Flowers went 46 yards on a reverse. The 5-foot-11 receiver had 92 yards rushing on just three carries.

After punting on the second possession, Brown hit tight end Korab Idrizi for a 7-yard score and Dillon capped a 71-yard drive with a 2-yard TD run to make it 21-0.

After Richmond cut it to 21-7 when Keyston Fuller caught a 35-yard pass from Mancuso, Dillon took a simple swing pass and went down the right sideline for a 42-yard TD.

Brown's third TD of the half was a 55-yard slant that tight end Jake Burt took down the middle of the field.

Richmond: The Spiders did move the ball, at times, through Boston College's defense, which should give them confidence when they enter Colonial Athletic Association play.

Boston College: The early portion of the schedule is by far the easiest for the Eagles, who have to pile up wins before they close the season with four of their final five on the road, including ACC games at Clemson, Syracuse and Pittsburgh to go with an independent matchup at Notre Dame.

Dillon is looking forward to catching the ball more this season to develop his game. In his freshman year, he didn't have a catch, last season he had eight and now he has three after two games.

"Honestly, he's been working at it every single day," Brown said. "I feel his confidence is just through the roof. He feels like he can catch anything. He's actually asking for passing plays now."

"We came out healthy, which was really important," Addazio said.

Richmond: Opens its CAA play at home against Elon on Saturday.