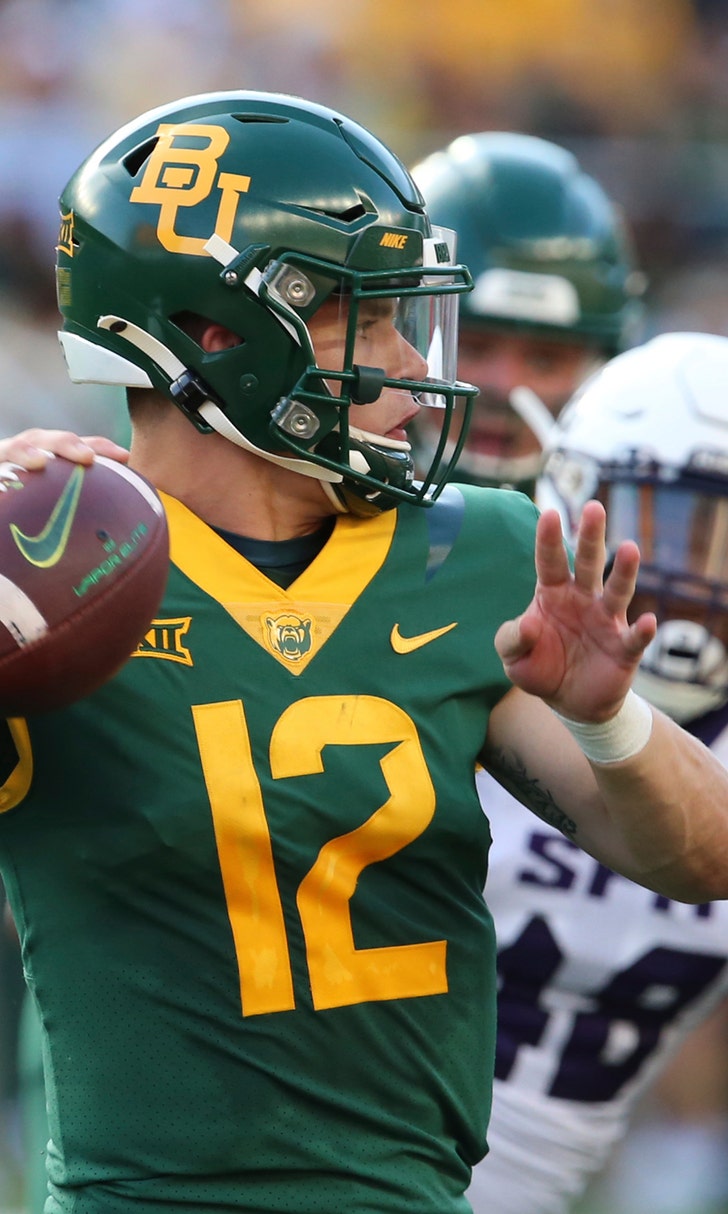 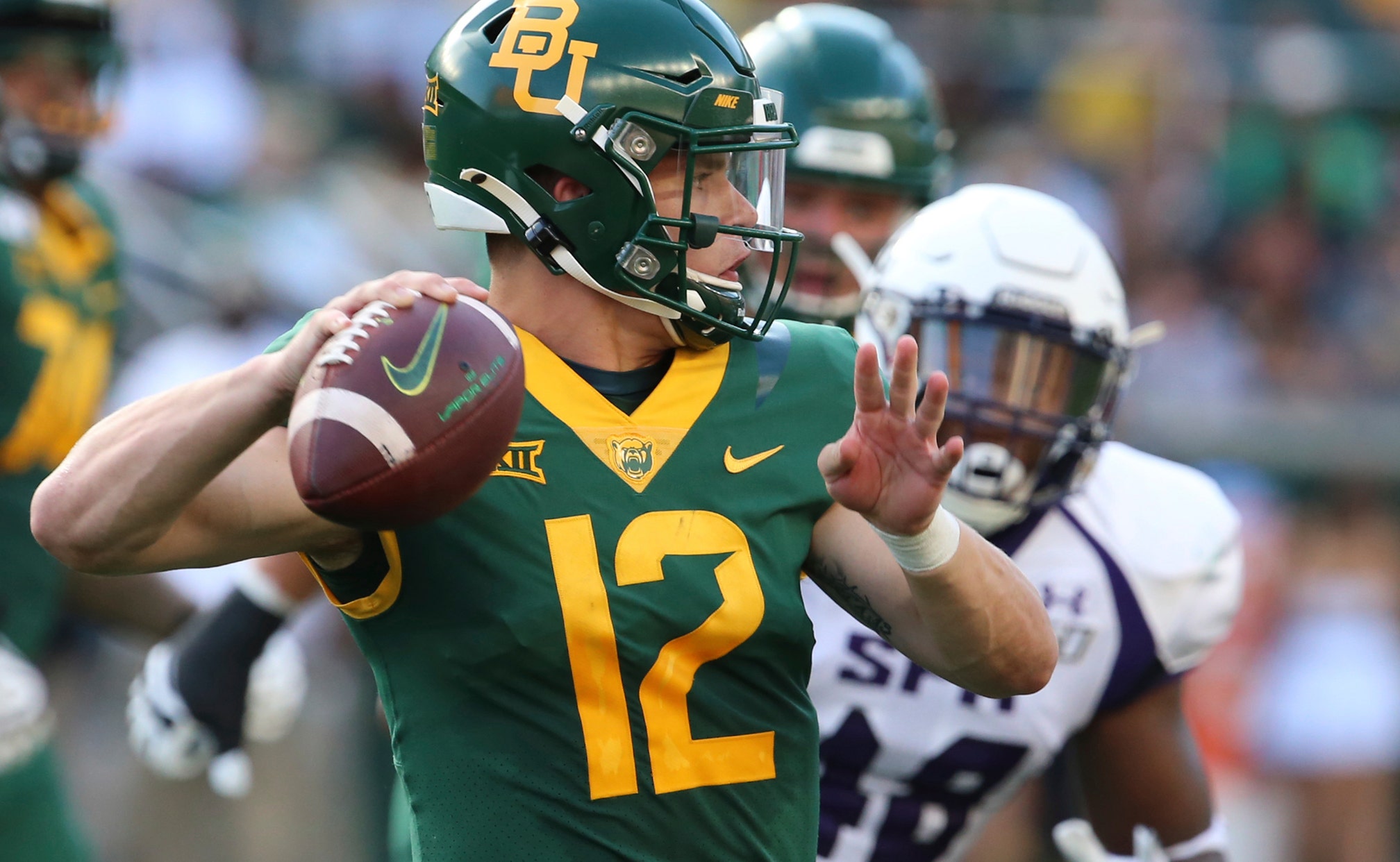 WACO, Texas (AP) — The Baylor Bears had sputtered just long enough to annoy coach Matt Rhule when running back Trestan Ebner took a pitch, saw most of the Stephen F. Austin defense closing in and took off the other way.

Ebner's winding 21-yard run was the first of his three touchdowns, Charlie Brewer threw for 215 yards and three scores in barely more than a half and Baylor handed the Lumberjacks their seventh straight season-opening loss with a 56-17 victory Saturday night.

"I didn't like that lull where they scored and we didn't answer it to the level that I think we should," Rhule said.

The third-year coach was referring to Stephen F. Austin getting the ball back after scoring against the Bears for the first time in a series that dates to 1928, although it was only the fifth meeting. Baylor's lead was just 14-7.

But after scoring on a 3-yard run for those first SFA points, Trae Self's pass was intercepted by Blake Lynch, who partially blocked a punt on the opening series. Ebner's highlight-reel TD came six plays after Lynch's interception.

"I saw a lot of white jerseys," said Ebner, who had 32 yards on two carries and another 40 yards receiving. "It's one of those plays where either you do it and it works or you look really stupid, so I'm really glad it worked."

Ebner's other touchdowns were also in the first half on a 16-yard pass from Brewer and an 11-yard run.

"He's obviously one of our more dynamic playmakers," Rhule said. "Getting him the ball in space made a lot of sense."

R.J. Sneed had a pair of TD catches with a team-leading 57 yards receiving. Sneed, Ebner and Denzel Mims had five catches apiece.

John Lovett ran for 108 yards on eight carries, including a 19-yard touchdown to give Baylor a 35-7 halftime lead.

The Lumberjacks, who haven't won their opener since beating Division II Southwestern Oklahoma 49-14 in 2012, got another touchdown late on Josh McGowen's 1-yard run. Self was 15 of 29 for 140 yards with an interception.

SFA: It wasn't a horrific debut for coach Colby Carthel, who went 59-18 with a Division II national championship in six seasons at Texas A&M-Commerce. Considering the Lumberjacks are coming off a 2-8 season that was their worst since going winless in 2007, there's something to build on.

The drive to the first-ever score against Baylor covered 75 yards, starting with a 26-yard completion to Xavier Gipson, who had 61 yards receiving. "There's no doubt that SFA will be back at a high level under his leadership," Rhule said of Carthel.

Baylor: Rhule got the focus he wanted from the Bears now that the program is back in a position to be expected to win this sort of opener handily. Baylor took a quick lead, never trailed and was on its way to victory well before halftime.

There were no such expectations in his debut two years ago with the school not far removed from a wide-ranging sexual assault scandal that led to the firing of coach Art Briles. The Bears were stunned by Liberty 48-45 in the 2017 opener.

"It was one of those games where we did enough good things to be happy but enough things that I can get upset about tomorrow and correct," Rhule said.

Brewer's last play capped the first series of the second half — a 21-yard scoring pass to Sneed right on the pylon at the goal line. It was ruled incomplete and overturned on replay with 13:40 left in the third quarter.

The fifth meeting between the Texas schools was just the second since 1947. The closest margin in the four shutouts was 31 points in the first meeting 91 years ago. Baylor won 88-0 a year later.

SFA: Tarleton State in the home opener in the East Texas town of Nacogdoches next Saturday.

Baylor: UTSA visits next Saturday as the teams play for third straight year after splitting the first two. The Roadrunners pulled a big upset in Rhule's second game with the Bears two years ago, when Baylor finished 1-11.