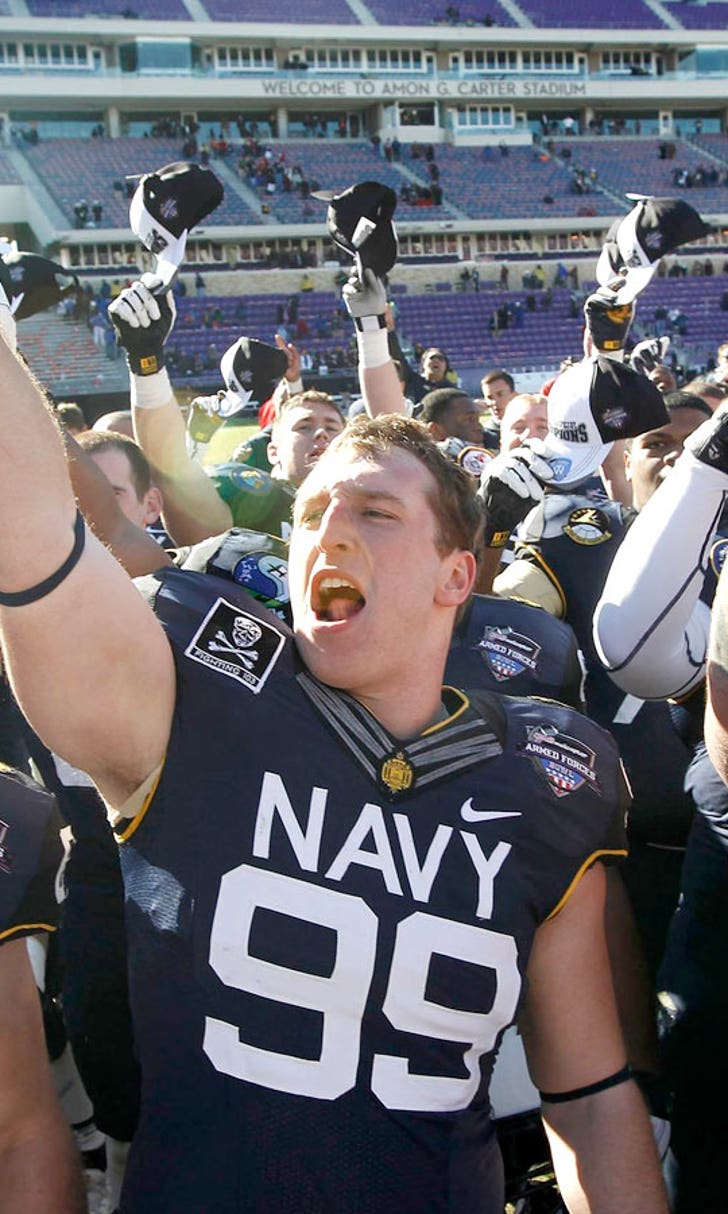 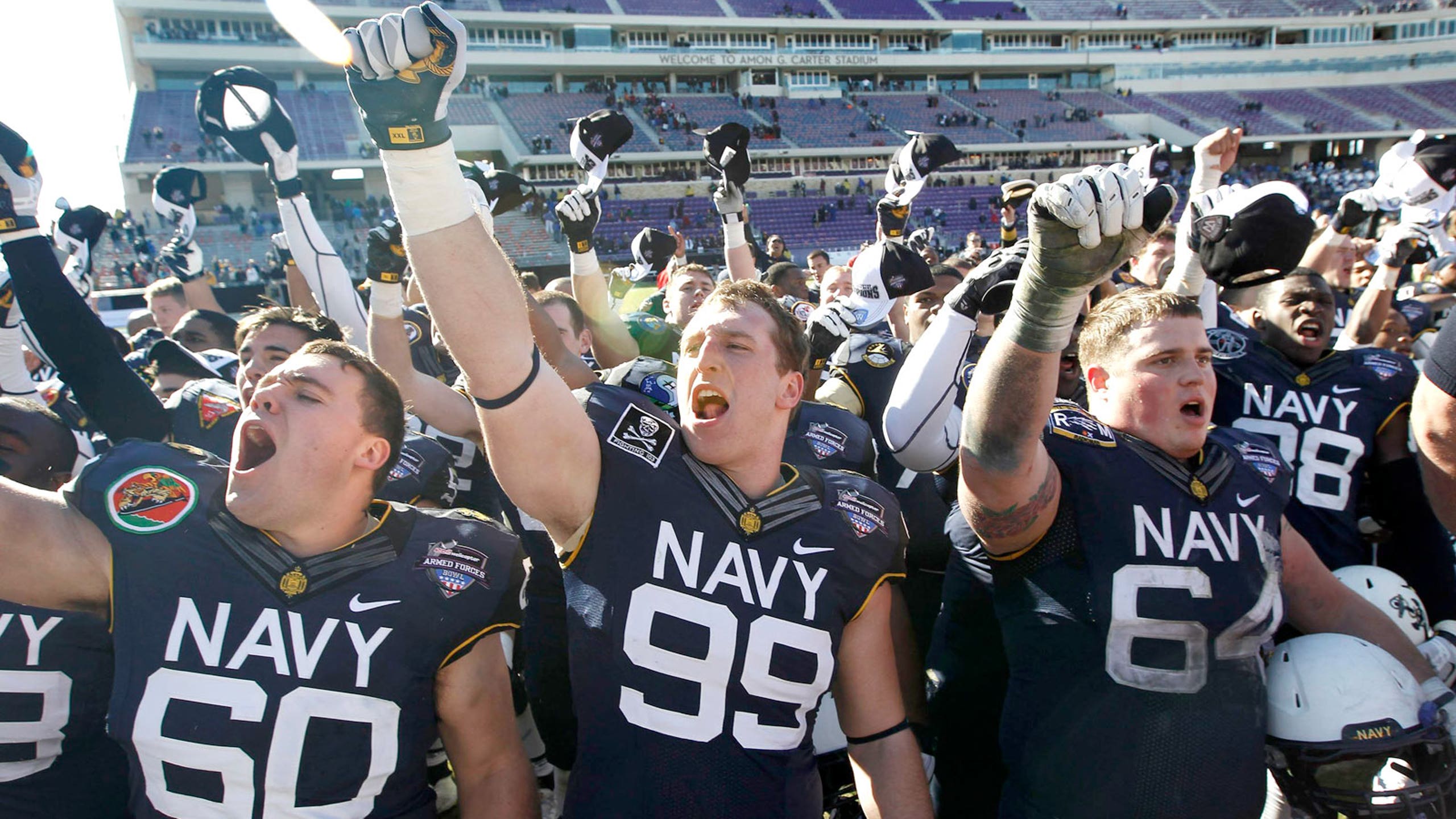 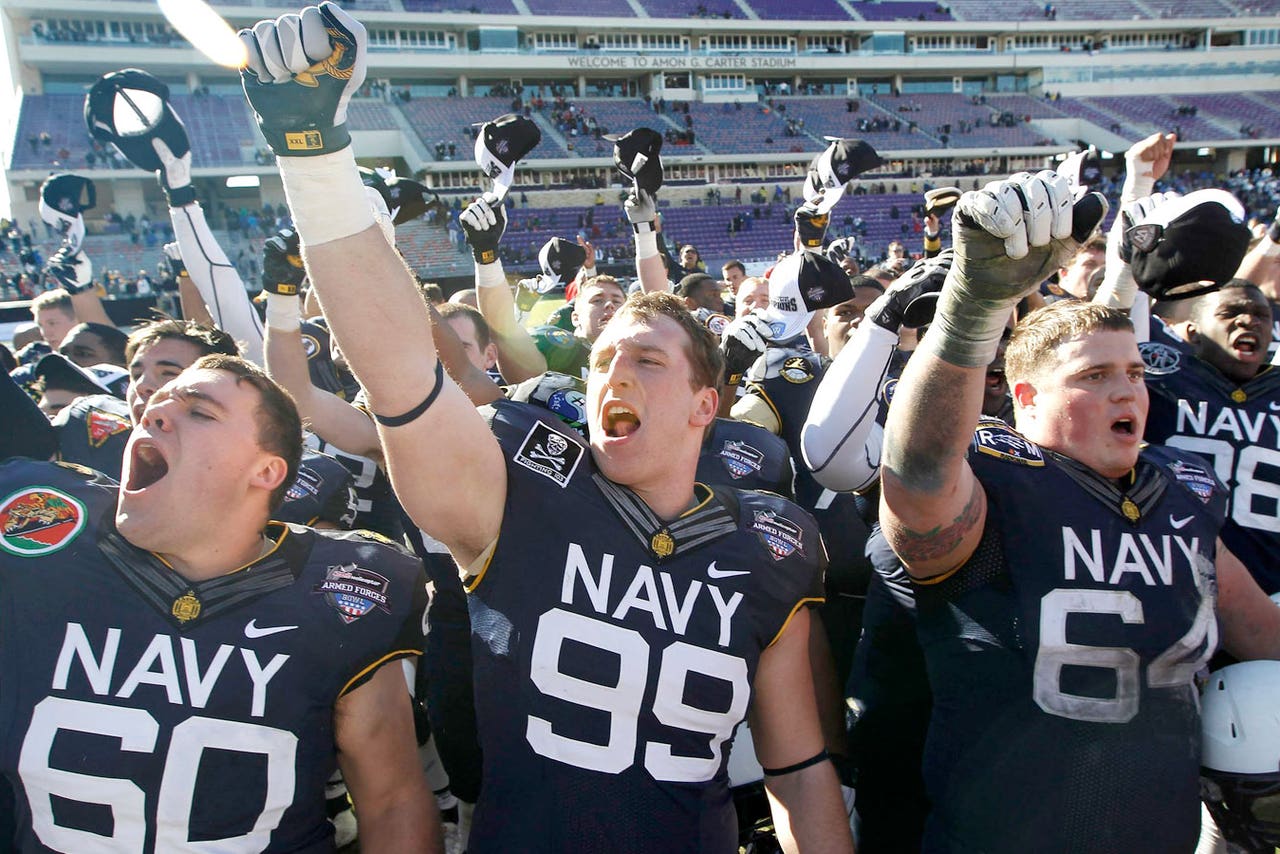 Typically on a football team, the offensive line is the heaviest position group. After all, their job is to protect the quarterback and move bodies to open up holes for running backs. Being heavy comes with a different challenge when playing for the Navy Midshipmen.

Following a player's football career, he's tasked with passing Navy's Physical Readiness Test, or the PRT, to graduate. With that comes some serious weight loss. We're talking 70-plus pounds for some players, depending on what their playing weight was.

For senior Joey Gaston, his target weight was 226 -- 69 pounds fewer than where he started the football season. Right guard Ben Tamburello faces a similar challenge, needing to lose 79 pounds.

Because of the fact that losing that much weight seems nearly impossible, they can still pass the test if their fat percentage is under 22 percent, which isn't easy in its own right.

"I went to my grandma's house -- it was torture," Tamburello told the Washington Post. "She had all this good food, and I couldn't eat any of it. Banana pudding, all this good stuff, and I just had to watch." 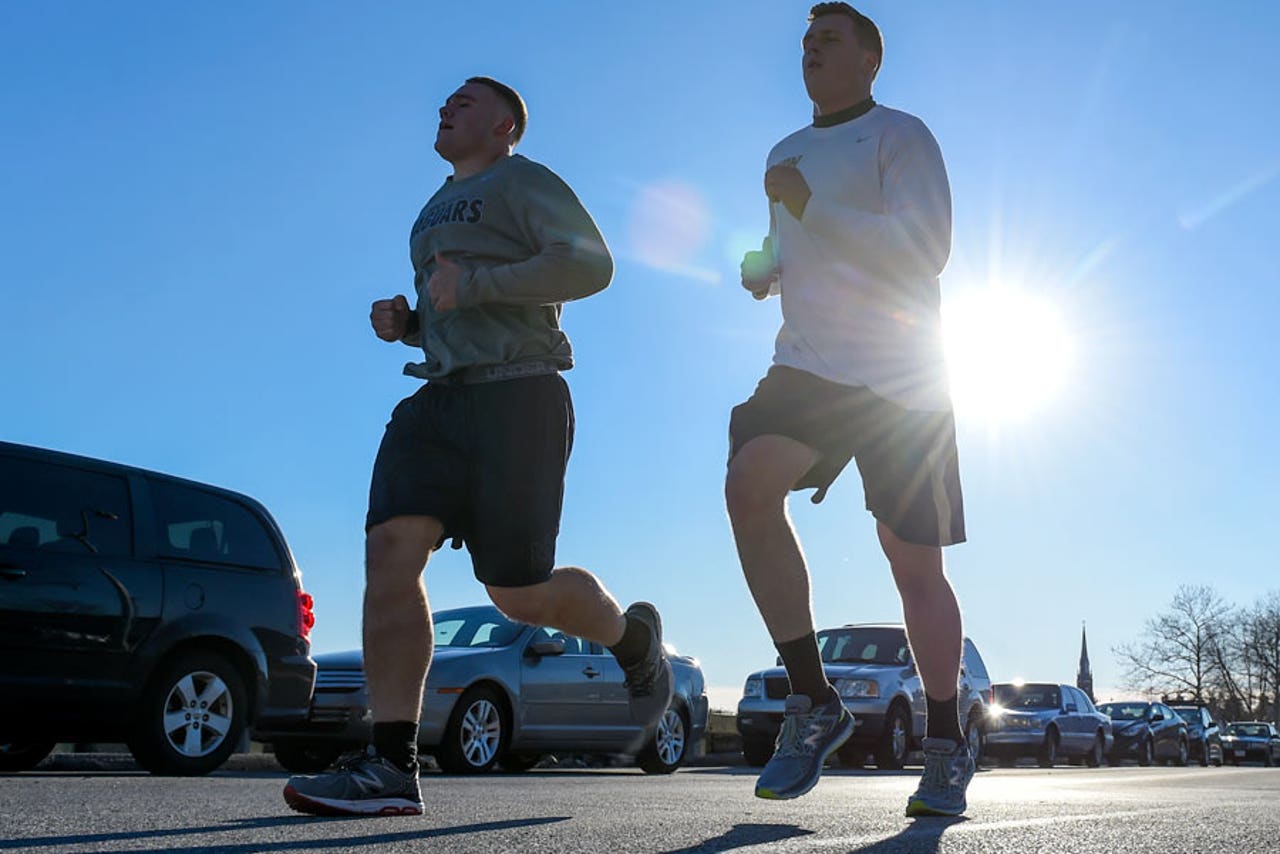 Shedding pounds wasn't all they had to do. Part of the test involves running. To pass that aspect of it, they had to run 1 1/2 miles in under 10 minutes and 30 seconds. Again, no small task for a player that weighed 290-plus pounds during the season as an offensive lineman.

However, thanks to hard work and determination, Gaston and Tamburello passed the test with flying colors.

Tamburello was a tad bit slower, clocking a time of 10 minutes and 8 seconds. He did so at 232 pounds with a body fat percentage of 12 percent, too. And at the end of it all, they didn't find the challenge to be all that difficult.

"It really wasn't that hard," Gaston said. "None of us killed ourselves. We just worked hard. The whole process has made us more aware of what you're eating, something we never thought about before. Like maybe you don't need an appetizer or that piece of cake. Little subtle things go a long way." 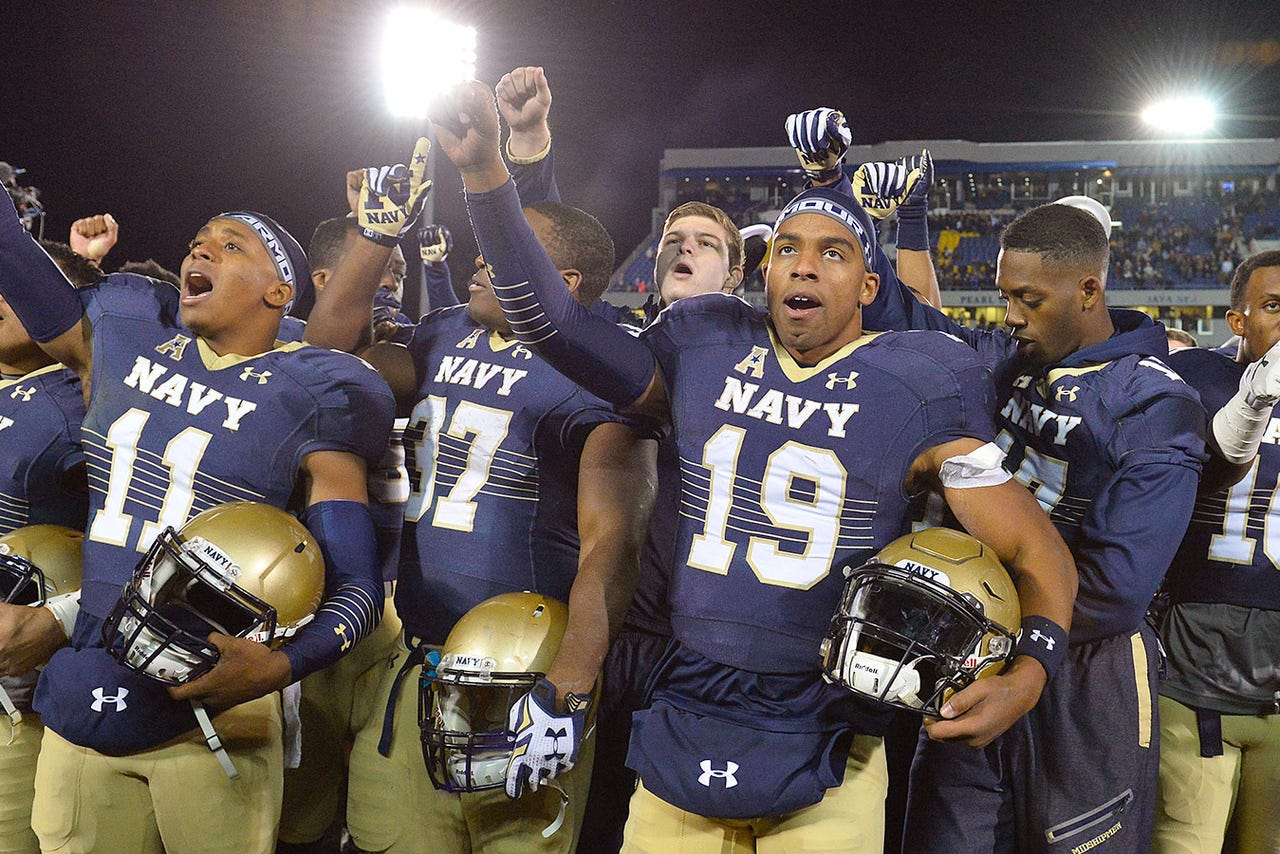 Navy Midshipmen
share story
those were the latest stories
Want to see more?
View All Stories
Fox Sports™ and © 2021 Fox Media LLC and Fox Sports Interactive Media, LLC. All rights reserved. Use of this website (including any and all parts and components) constitutes your acceptance of these Terms of Use and Updated Privacy Policy. Advertising Choices. Do Not Sell my Personal Info