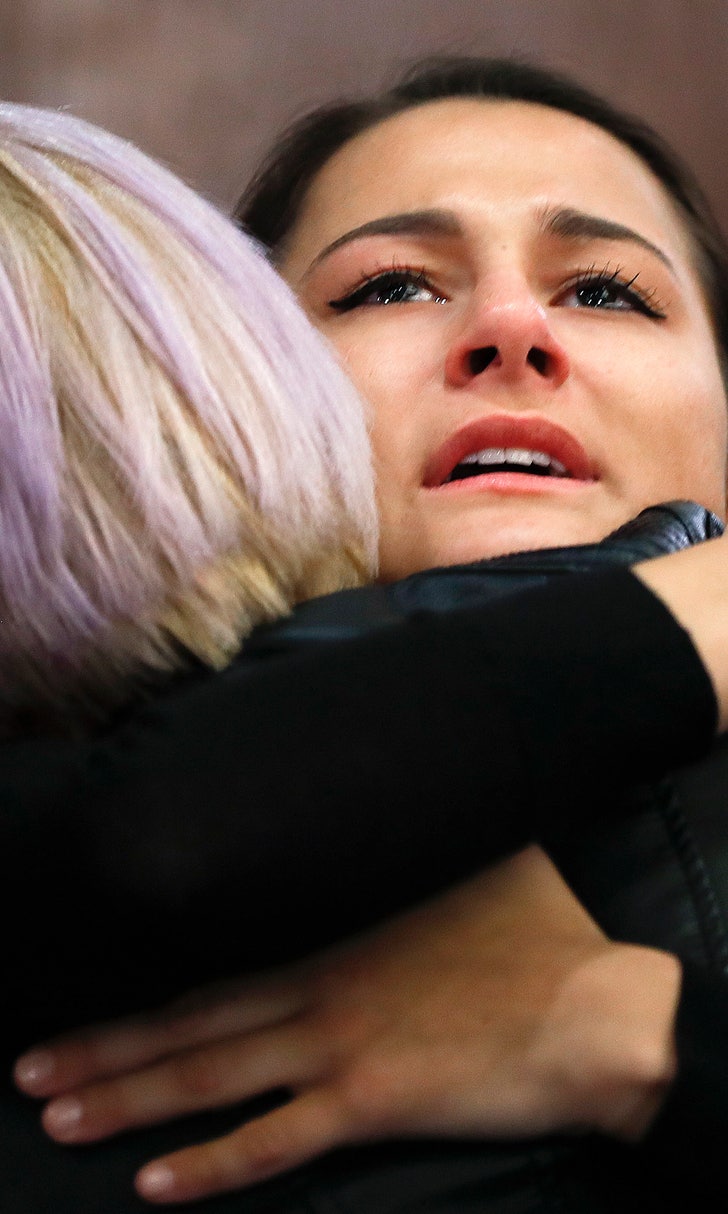 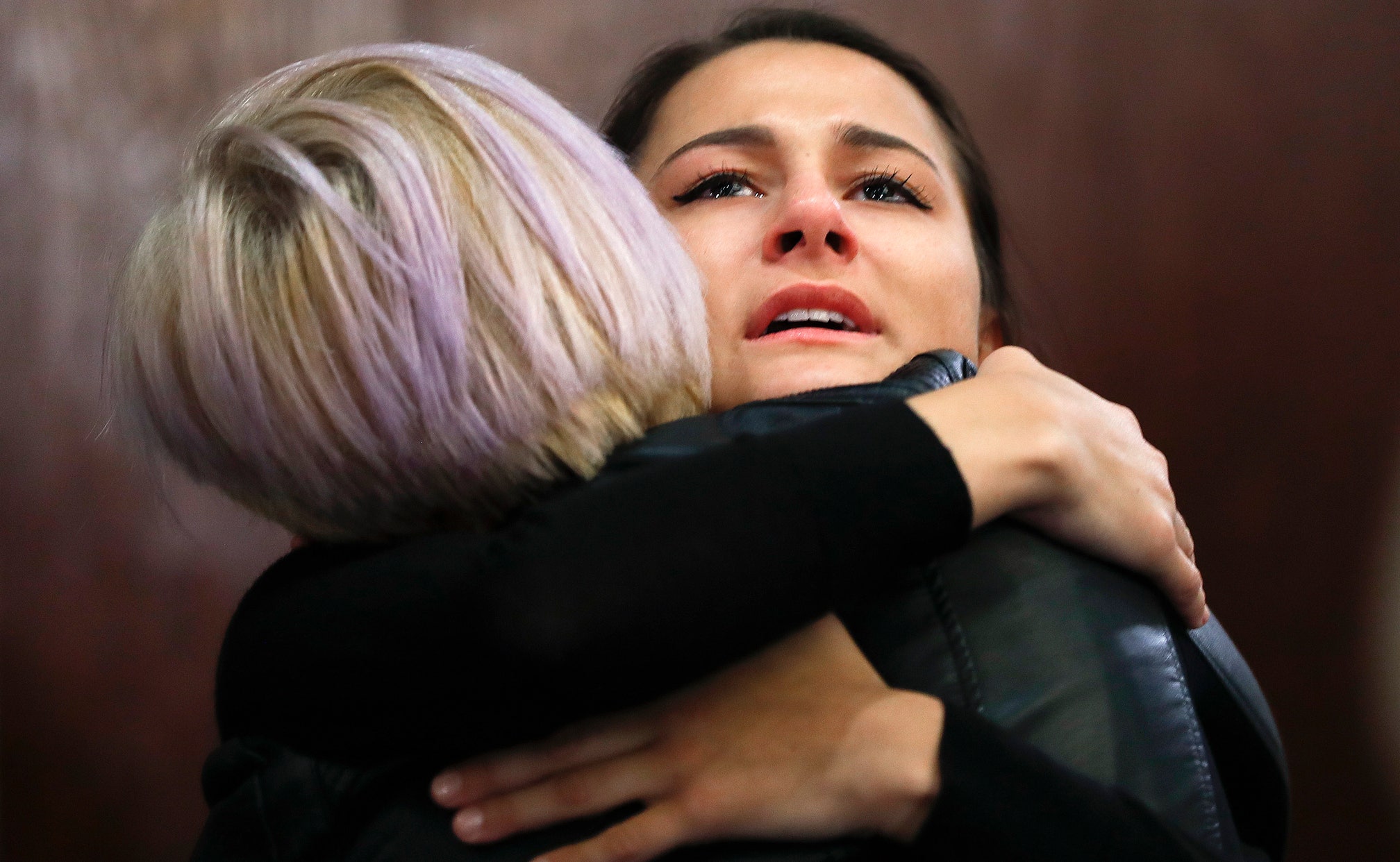 EAST LANSING, Mich. (AP) — A Michigan State University student who accused counseling center staff of discouraging her from reporting a 2015 rape by three men's basketball players said Thursday that she is no longer afraid and wants to encourage other "silent survivors" of sexual assault to tell their stories.

Bailey Kowalski, 22, who will graduate in May with a biology degree, held a news conference on the fourth anniversary of the alleged incident. She spoke a day after going public with her name for the first time in a story published by The New York Times.

"This isn't a burden they have to carry on their own," she said of other rape victims, as her parents, brother and lawyer looked on inside a hotel meeting room near the East Lansing campus. Kowalski, who cried at times, said her decisions to sue the university a year ago and to identify herself now were influenced by watching victims of disgraced former university sports doctor Larry Nassar come forward.

"It empowered me to do it," she said.

The suit, in which Kowalski is listed as Jane Doe and the now former "notable" players are not identified, alleges that she was 18 on April 12, 2015, when she met the players at an East Lansing bar about a week after the team lost in the Final Four. She was later taken to one of the men's off-campus apartments, where the players took turns raping her in a bedroom, according to the complaint, which says she thought she might have been drugged.

She awoke a few hours later on a couch, caught a taxi back to her dorm room and contacted university counseling center staff about a week later. After telling a counselor that basketball players were involved, she said the staff discouraged her from notifying the police.

"I was intimidated, and I was told that I was going to be swimming with some really big fish," Kowalski said Thursday. "I'll never forget that phrase and the immediate feeling of despair and isolation."

She said she has nothing to be ashamed of and there are other victims.

"I want to be an example for them. These silent survivors matter and they're worth fighting for. They hide in plain sight of all of us," she said. "Lastly, I want the system surrounding Michigan State University to change, and I want all people to be treated with dignity and respect regardless of their status or the revenue they bring to the university."

The suit, which was amended in December, points to past alleged sexual assaults involving MSU athletes, including two separate 2010 incidents in which a total five basketball players allegedly raped women and were not charged or disciplined. It alleges that the university violated Title IX requirements and Kowalski's rights by failing to follow normal reporting and investigative procedures when athletes were involved, actively discouraging victims from filing reports and not notifying them of reporting and confidentiality options.

Kowalski, who was studying to be a sports journalist before the encounter, has no plan to file a police report but is not ruling it out completely, said her attorney, Karen Truszkowski.

Kowalski said she went from being a "bleed green Spartan fan" as a freshman to not caring that the team made the Final Four this year. She said she would have filed a police report if she had known that she or her friends would not get into trouble for using fake IDs at the bar, and she would have had a rape kit done if not for fears that her parents' insurance would be billed.

"I was terrified to tell anybody," she said.

The school declined to comment on the lawsuit because it hasn't been resolved. Last year, though, it said Kowalski was treated appropriately by counselors, and it denied that she was discouraged to file a Title IX complaint or to contact the police.

The university opened a Title IX investigation after learning of the suit. The review is ongoing.

"We are committed to listening to survivors who bravely tell us about their experiences so that we can improve our response and help those who seek support in the future," school spokeswoman Emily Gerkin Guerrant said in a statement Thursday.

What You Need to Know: Big Ten Begins
Here comes the Big Ten, featuring a top 25 matchup and the return of Justin Fields in its debut weekend.
20 hours ago