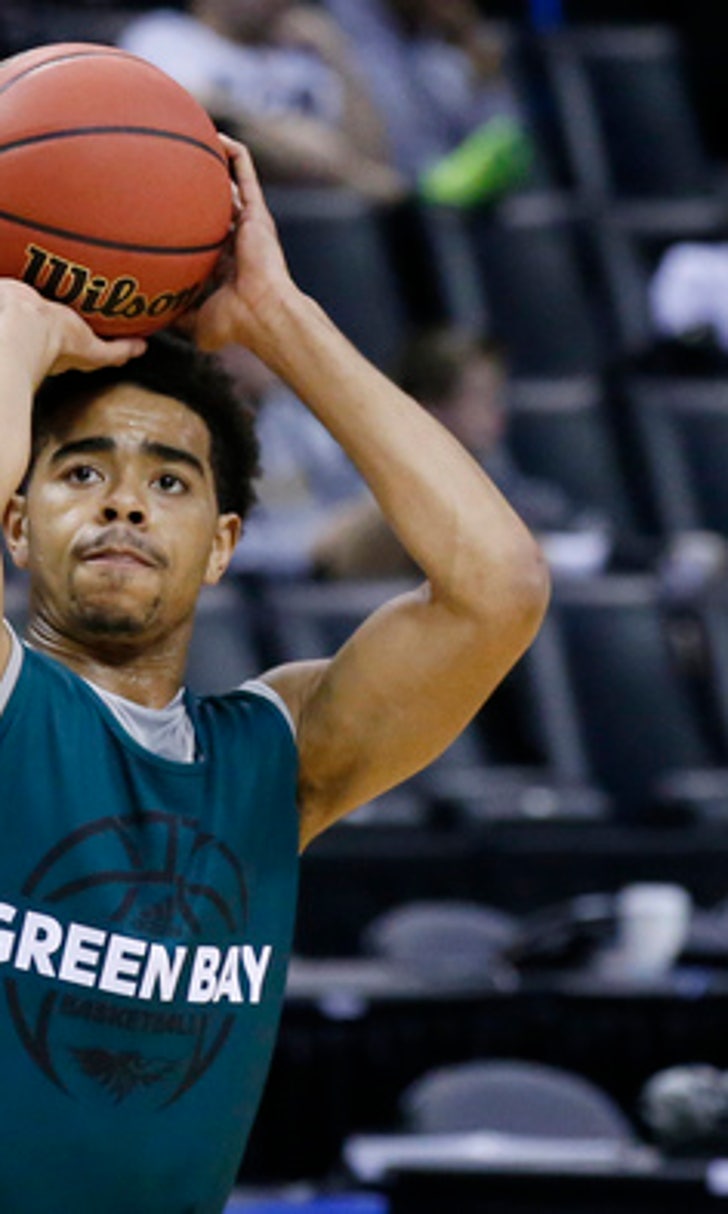 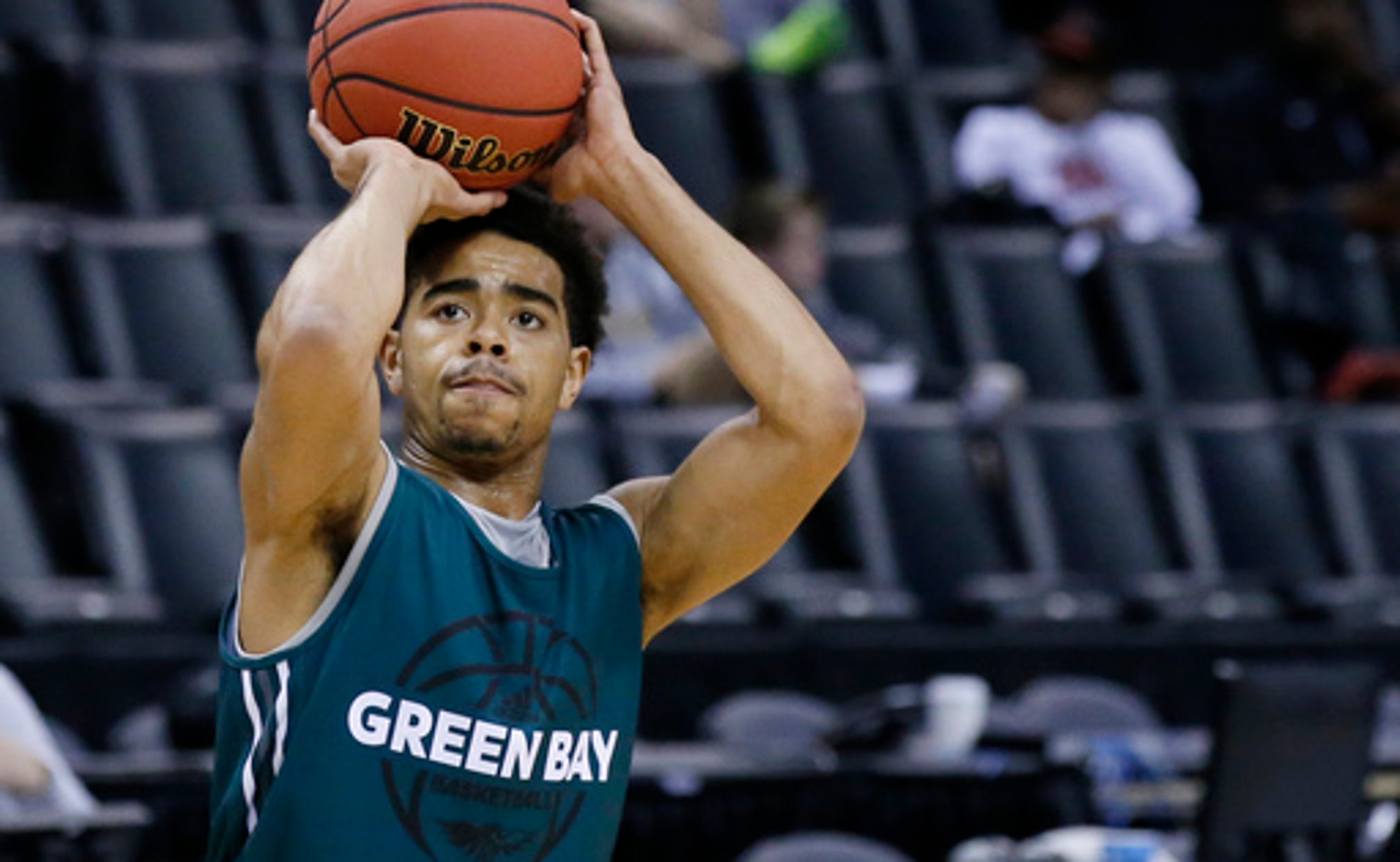 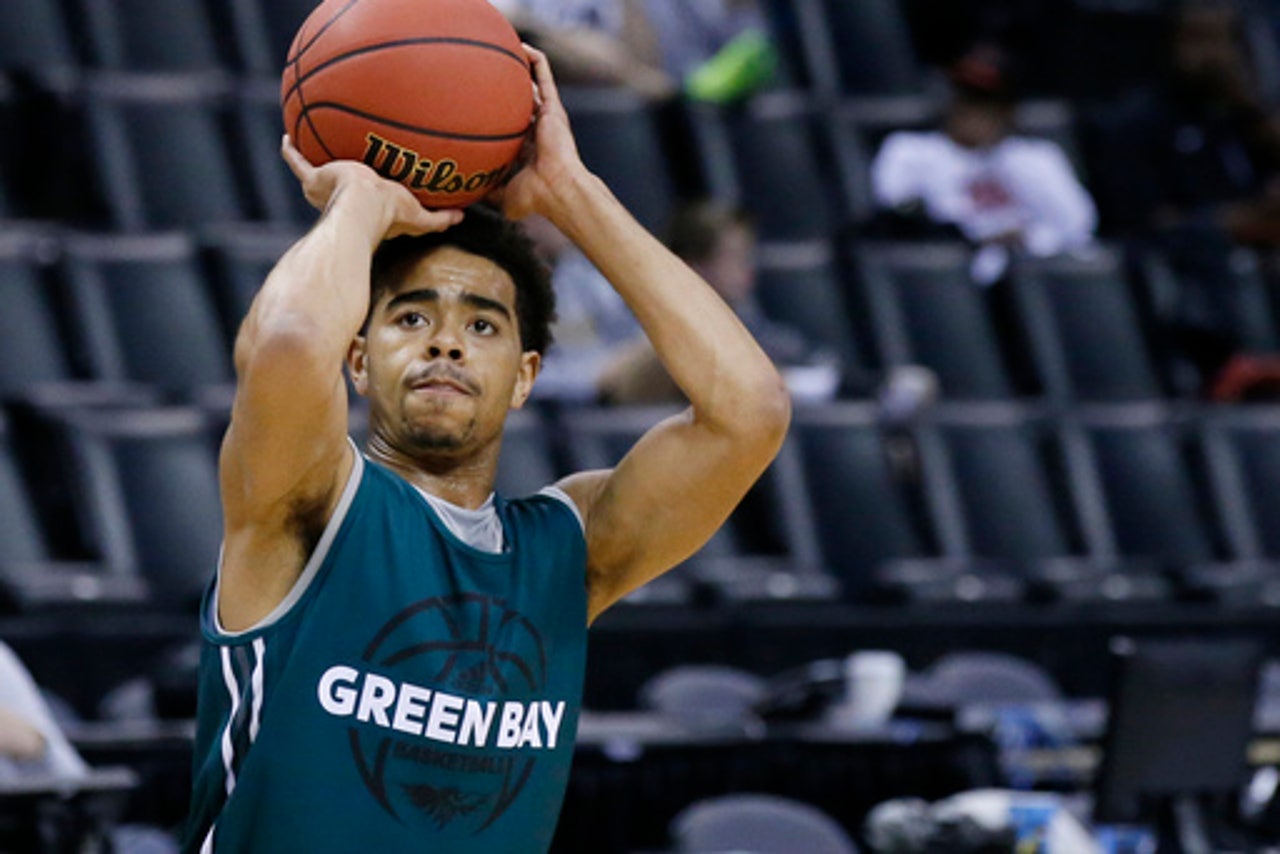 OKLAHOMA CITY (AP) Danuel House cringed as soon as heard the word ''overlooked'' during a question about Texas A&M's season on Thursday.

It was inevitable after Kentucky coach John Calipari said earlier in the week he felt the fourth-seeded Wildcats should have been seeded higher in the NCAA Tournament than the Aggies after their Southeastern Conference Tournament championship victory.

And House, a senior guard, was ready with his response to how third-seeded Texas A&M (26-8) felt following Calipari's comments heading into its first-round game against Green Bay (23-12) on Friday.

Whether House was more frustrated with Calipari or an overall lack of national attention for Texas A&M was unclear. What was certain was the Aggies, making their first NCAA Tournament appearance since 2011, feel they belong among any mention of the country's best - and that they are every bit of a No. 3 seed.

It's a role of favorite the Aggies haven't played all that often since joining the SEC in 2012, though they've experienced a steady climb under fifth-year coach Billy Kennedy. And they would like nothing more than to cap that success with their first NCAA Tournament win since 2010, proving they belong as a No. 3 seed in the process.

However, that will be no easy task against a Phoenix team that is in the tournament for the first time in 20 years. Green Bay secured its berth by winning the Horizon League Tournament, and enters Friday having won eight of its last nine games - though its players were quick to embrace the underdog role.

''We really don't have much to lose right now,'' Green Bay senior Jordan Fouse said. ''They're the ones feeling the pressure.''

Some things to watch in this matchup:

KENNEDY'S TRIO: Kennedy is in the NCAA Tournament for the third time as a head coach, and with his third school. Kennedy first took Southeastern Louisiana to the tournament in 2005 and then Murray State in 2010, and he is 1-2 in tournament games entering Friday.

MARCH SUCCESS: First-year Green Bay coach Linc Darner will make his tournament debut, but he is no stranger to postseason success - having led Division II Florida Southern to a national championship last season. Including Green Bay's Horizon League championship run two weeks ago, Darner has won 13 straight games in March. ''We can just go out and play and relax and have fun,'' Darner said.

LATE-SEASON RUN: Texas A&M's tournament hopes appeared in jeopardy last month after it lost four straight games and five of six overall. However, following a 76-71 loss at LSU on Feb. 13, the Aggies won eight straight games before losing in the SEC championship game to Kentucky. The winning streak included an overtime win over the Wildcats, giving the Aggies plenty of confidence entering the tournament.

QUICK SUCCESS: After playing with a slowed-down, defensive-first approach the last few seasons, the Phoenix embraced Darner's up-tempo ''RP 40'' style this season. The motto stands for ''Relentless Pressure for 40 minutes,'' and it applies to both ends of the court. One of the biggest benefactors of the new approach has been senior guard Carrington Love, who is averaging a career-high 17.7 points per game this season after averaging 10 a year ago.

NCAA EXPERIENCE: Texas A&M senior Anthony Collins is the only player in the game who has played in the NCAA Tournament. The guard, who transferred from South Florida, helped the Bulls reach the third round in 2012.