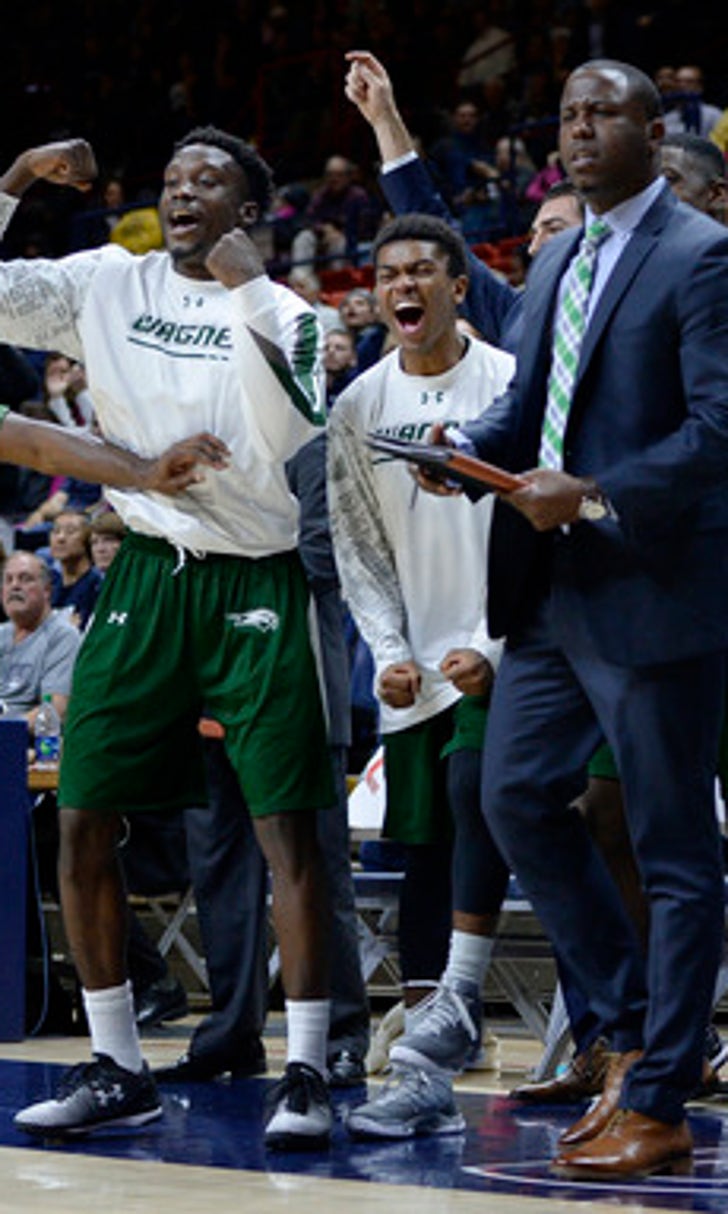 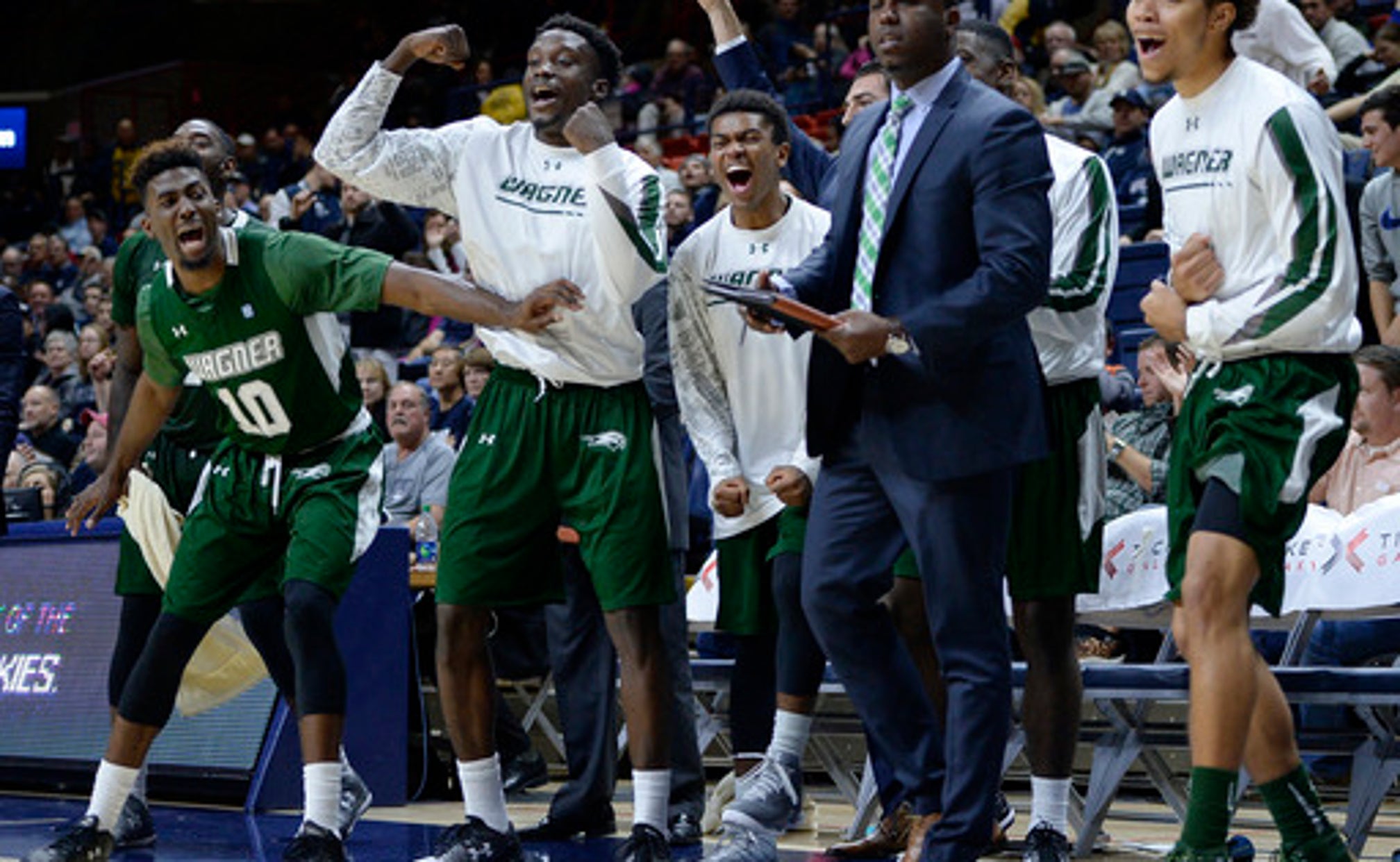 previous story
Pikiell gets first win at Rutgers, 86-57 over D-II Molloy
next story
No. 7 Xavier holds on for 84-81 win over Lehigh in opener 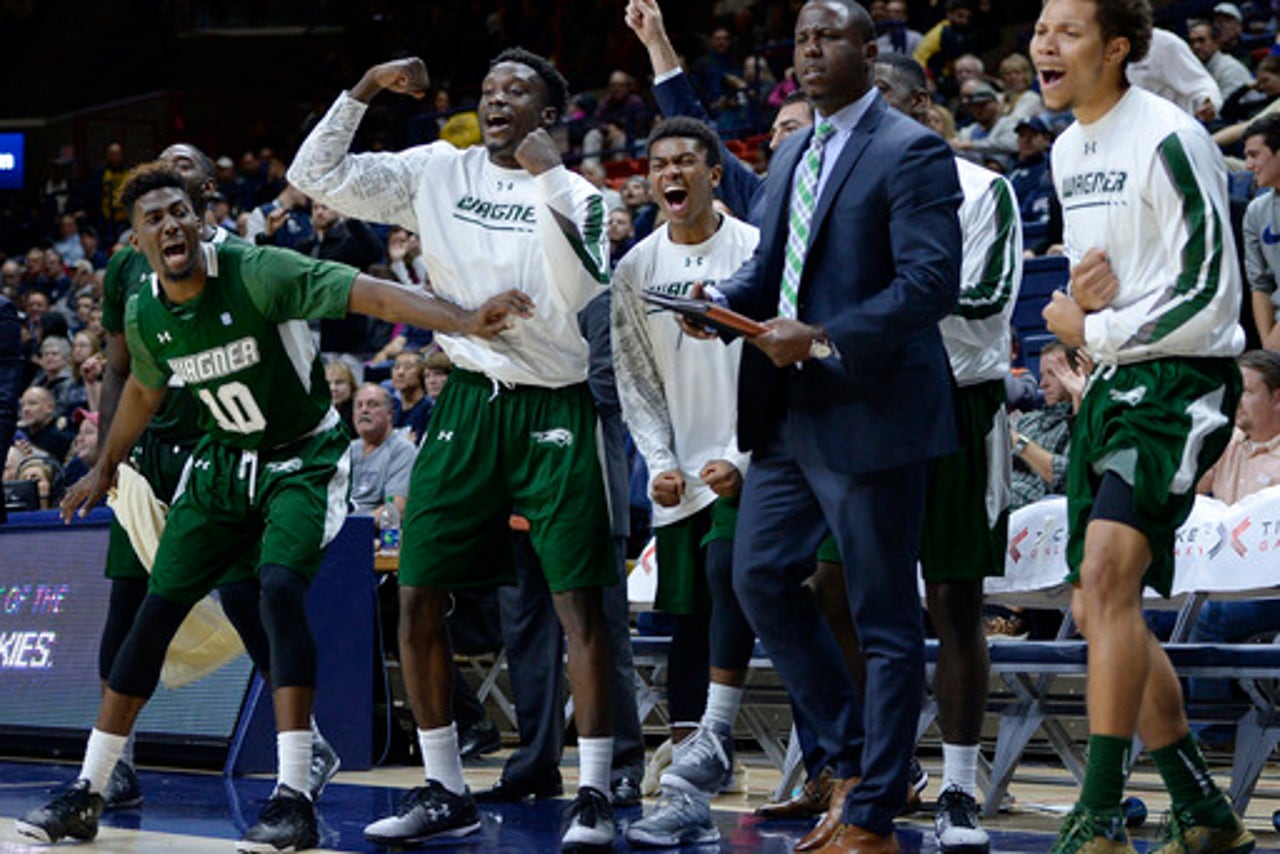 STORRS, Conn. (AP) Mike Aaman and Romone Saunders scored 15 points each to lead Wagner to a 67-58 upset of No. 18 UConn in the season opener for both teams on Friday night.

Corey Henson added 10 points for the Seahawks, who handed the Huskies their first loss in a home opener on campus. UConn came in 27-0 in such games.

Transfer Terry Larrier had 19 points and freshman Alterique Gilbert had 14 to lead the Huskies.

UConn trailed by three points at halftime and went more than 5 minutes without a basket to open the second half before Jalen Adams' tip-in made it 41-37.

Wagner scored the next eight, pushing the lead to 49-37 on a 3-pointer by Saunders.