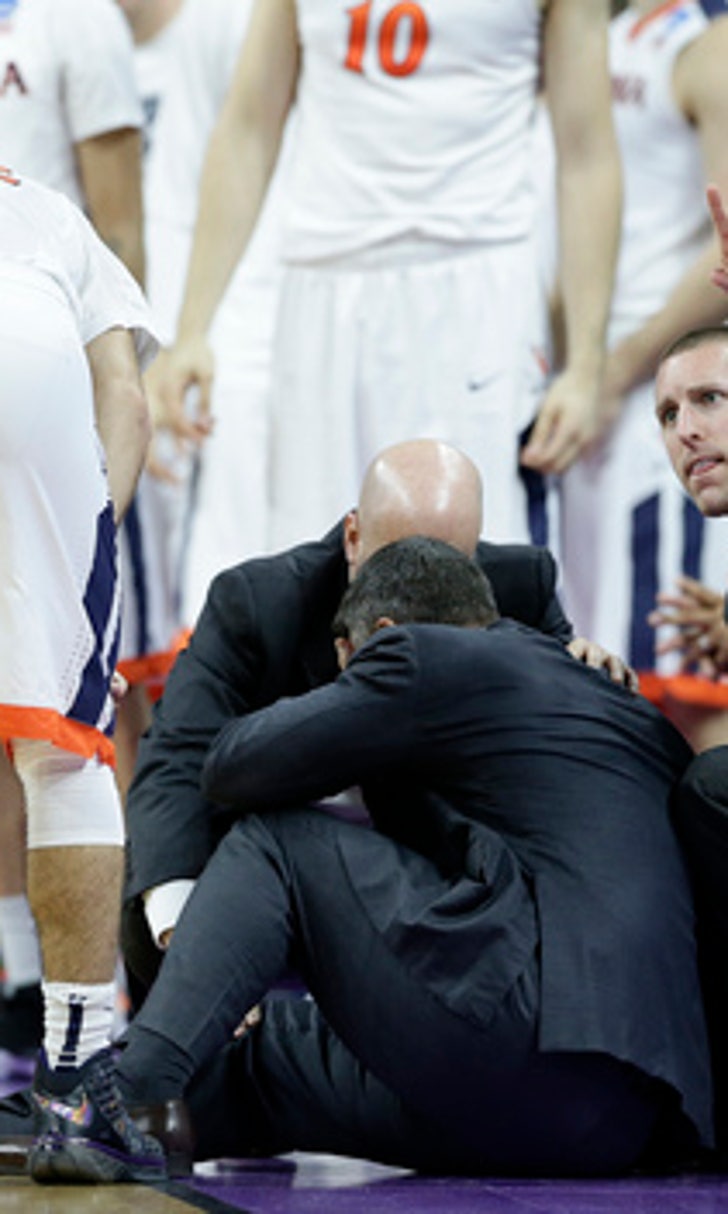 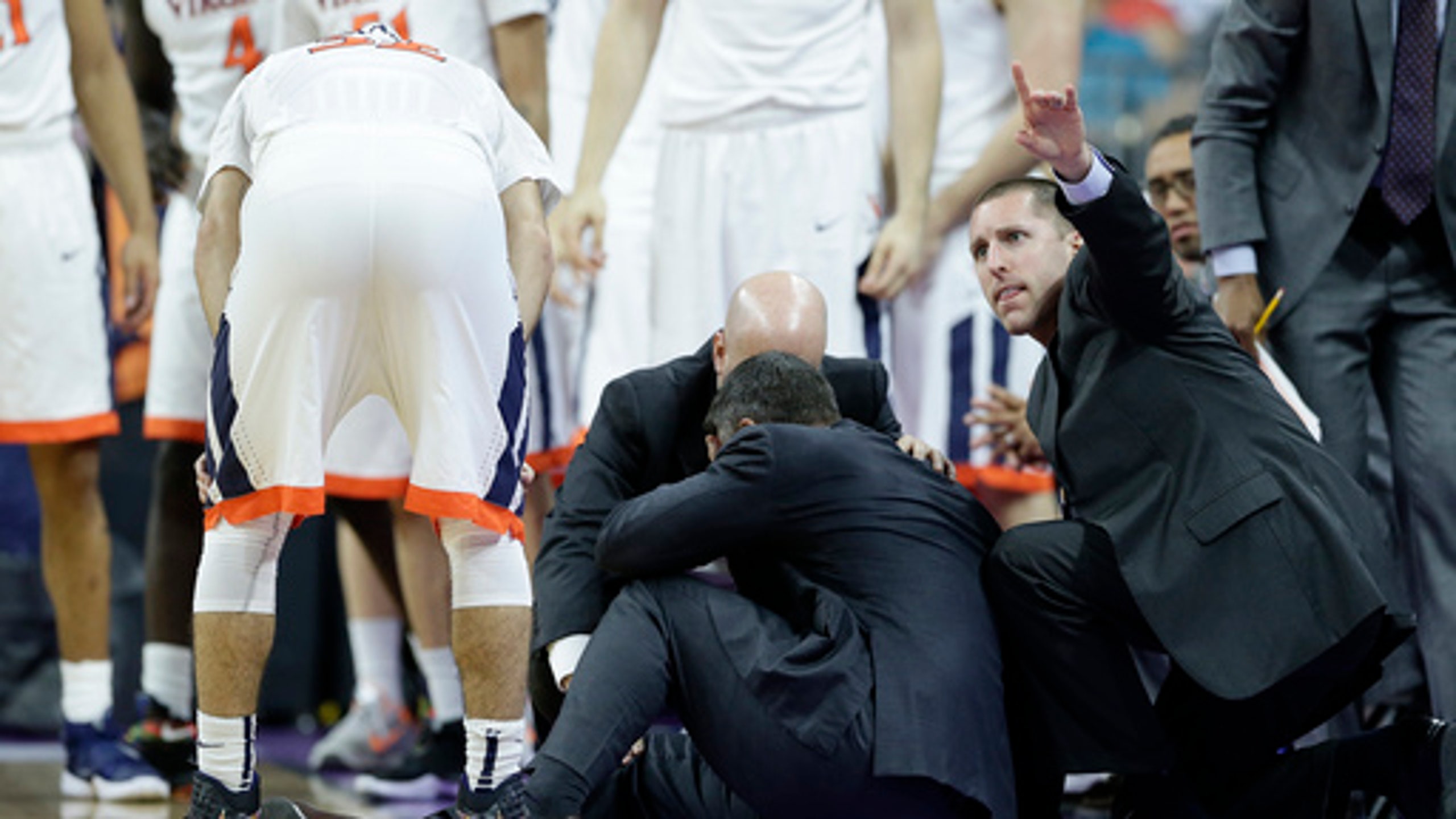 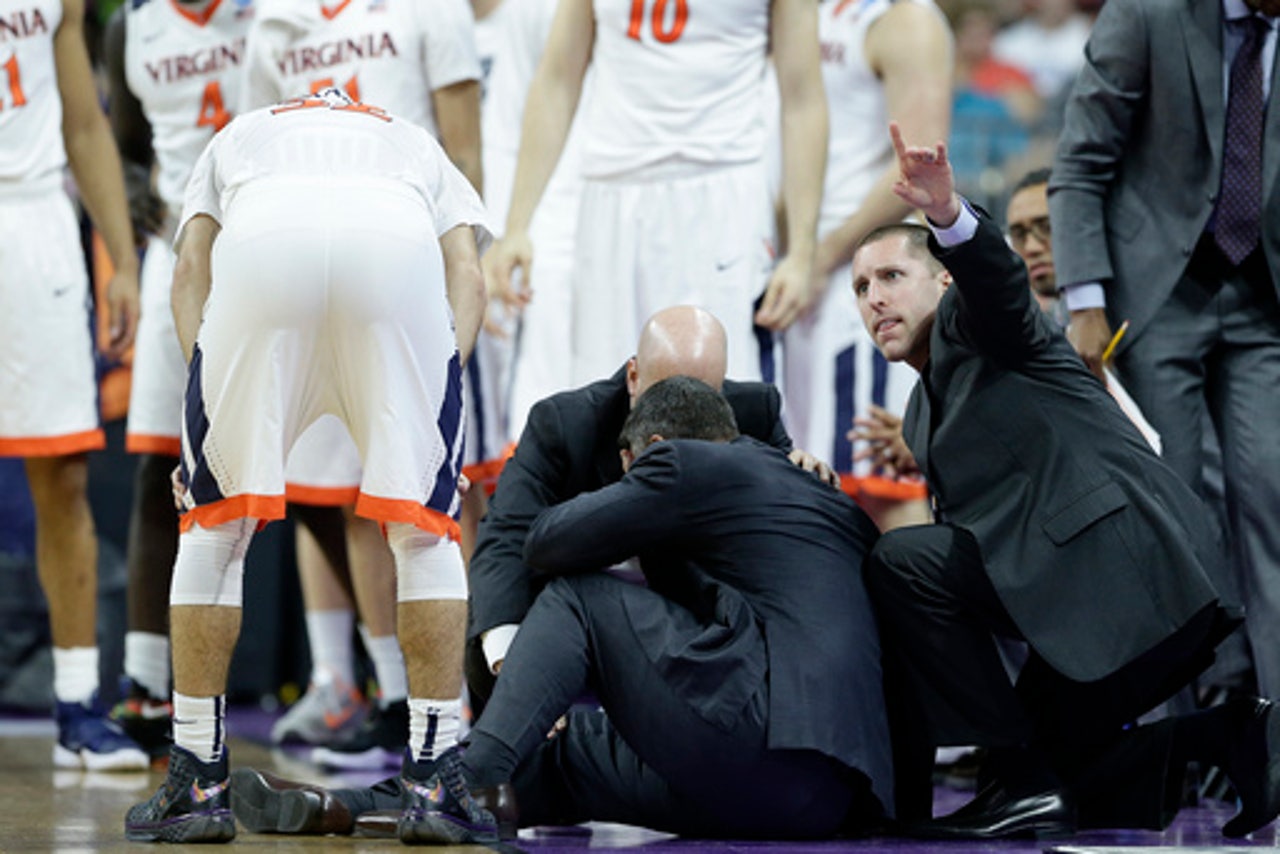 RALEIGH, N.C. (AP) Anthony Gill scored 19 points and Virginia beat Hampton 81-45 on Thursday in the first round of the NCAA Tournament.

London Perrantes had 12 points and Malcolm Brogdon finished with 11 for the top-seeded Cavaliers (28-6).

They shot 55 percent, hit 12 3-pointers and put this one well out of reach with a 20-3 run late in the first half before coach Tony Bennett collapsed and was taken to the locker room a few seconds early.

Virginia reported that Bennett was dehydrated, and he was back for the second half. His team had no problems advancing to face ninth-seeded Butler (22-10) on Saturday.