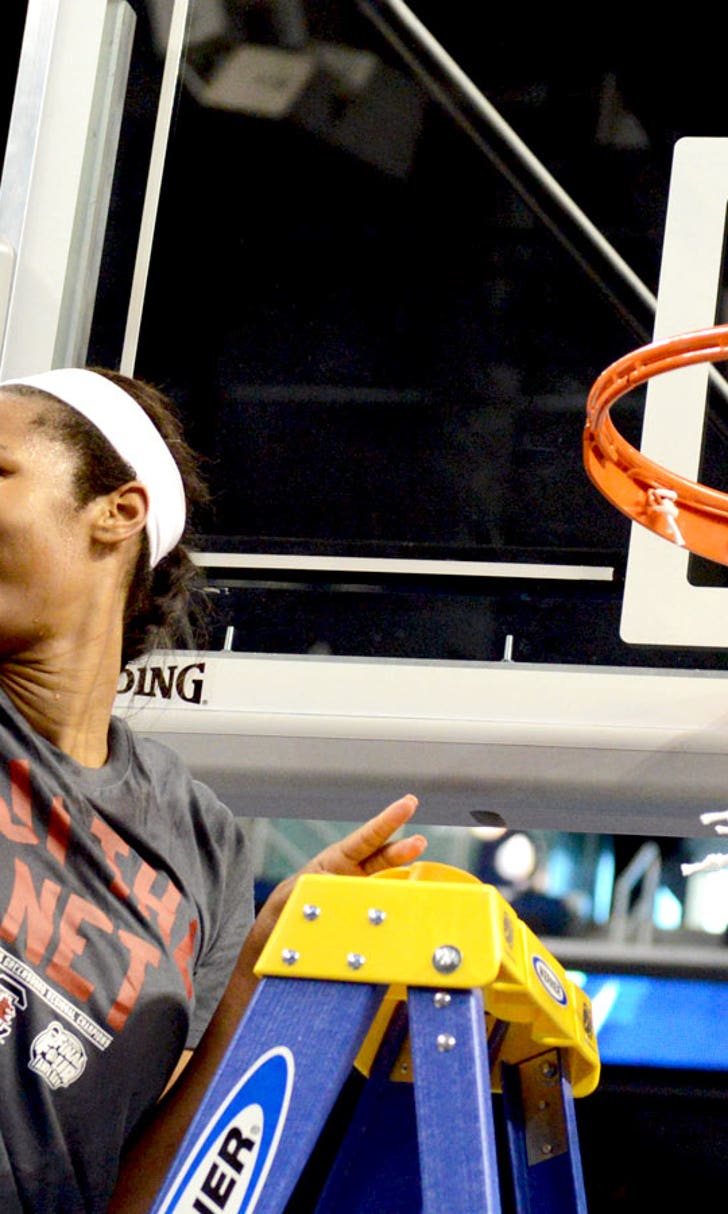 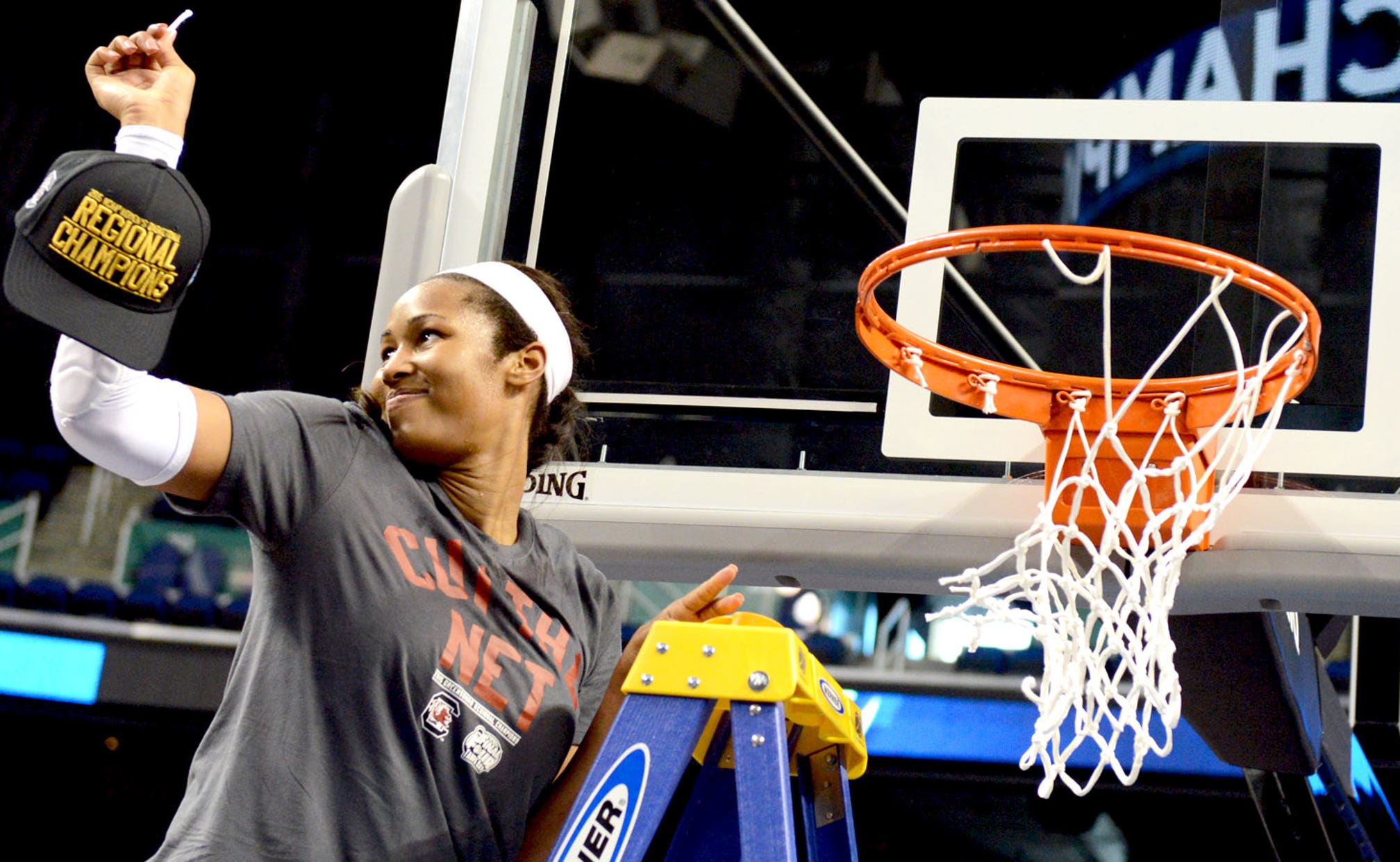 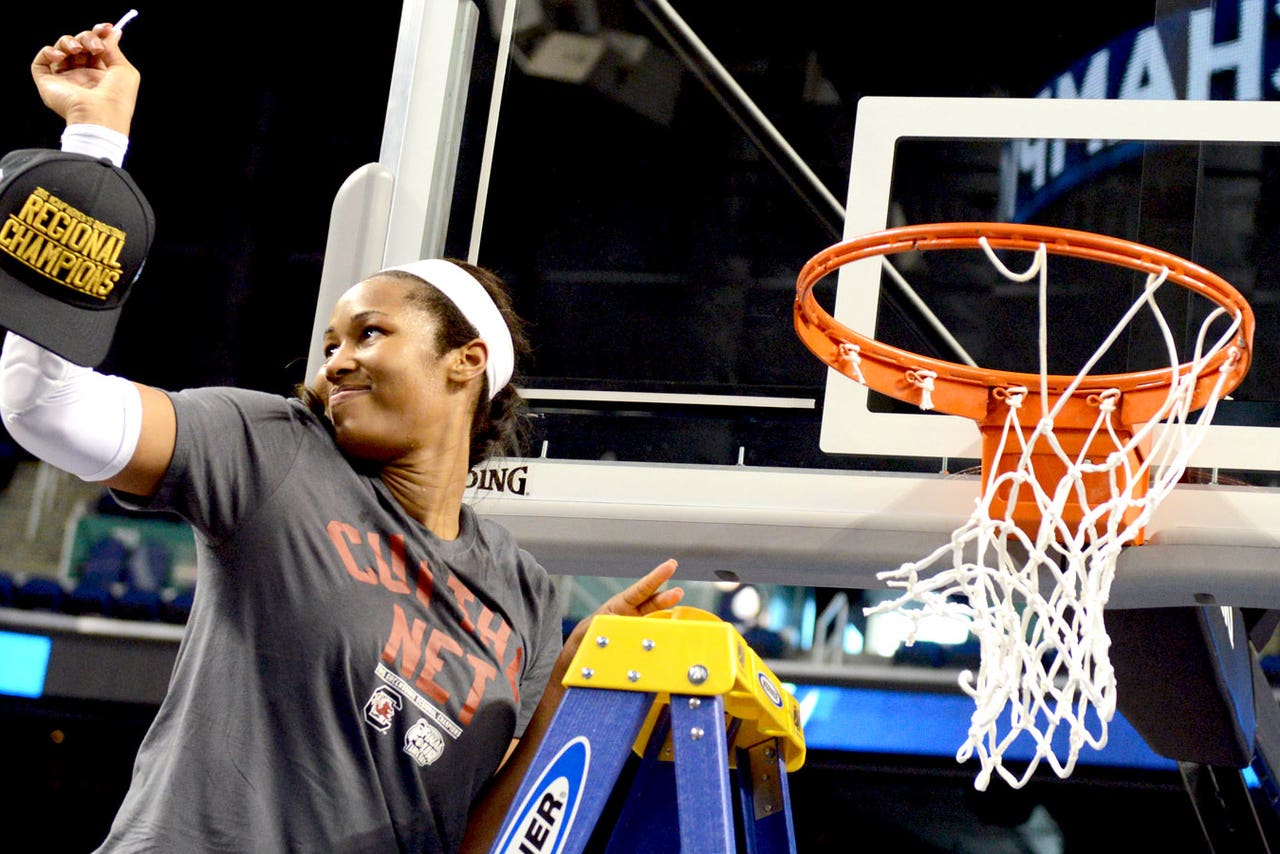 GREENSBORO, N.C. -- Tiffany Mitchell scored seven of her 21 points in the final 2 minutes, and South Carolina earned its first Final Four berth by beating Florida State 80-74 on Sunday in the Greensboro Regional final.

Playing from behind for most of the day, they shot 61 percent while rallying to win their seventh straight and keep the best season in school history going.

Next stop: Tampa, Florida, to face the Oklahoma City Regional winner on April 5.

Leticia Romero scored 13 points and Brittany Brown had 12 for the second-seeded Seminoles (32-5).

There were five ties and seven lead changes in the final 10-plus minutes. The last came when Mitchell's drive made it 69-67 with just under 2 minutes left.

The Gamecocks forced Brown to miss a jumper before Mitchell put them up by five with a corner 3-pointer with about 1:15 remaining.

Dozier's free throws each came immediately after Florida State pulled within two points, and Khadijah Sessions stole the ball from Conwright and hit a layup at the buzzer to make it a six-point game.

Adut Bulgak finished with 10 points for Florida State, which never trailed during the first 30 minutes of this meeting of teams that until now had combined to reach two Elite Eights but had advanced no deeper.

South Carolina lost to Duke in a 2002 regional final and Florida State fell to Connecticut at this stage in 2010.

The Seminoles briefly led by 10 in the first half before Mitchell gave the Gamecocks their first lead with a driving layup that made it 55-54 with 10 minutes left.

Neither team led by more than five until that last-second layup.

Florida State: Romero, who scored a career-best 21 points in the Sweet 16 win over Arizona State, was 5 of 14 while shooting with a taped right hand and wrist.

South Carolina: The Gamecocks were outrebounded for just the second time all season. Florida State held a 33-28 advantage on the boards. ... Coates, selected as the most outstanding player of the regional, finished 6 of 6 from the field.

South Carolina: Will play the Notre Dame-Baylor winner on April 5 in the Final Four in Tampa, Florida.