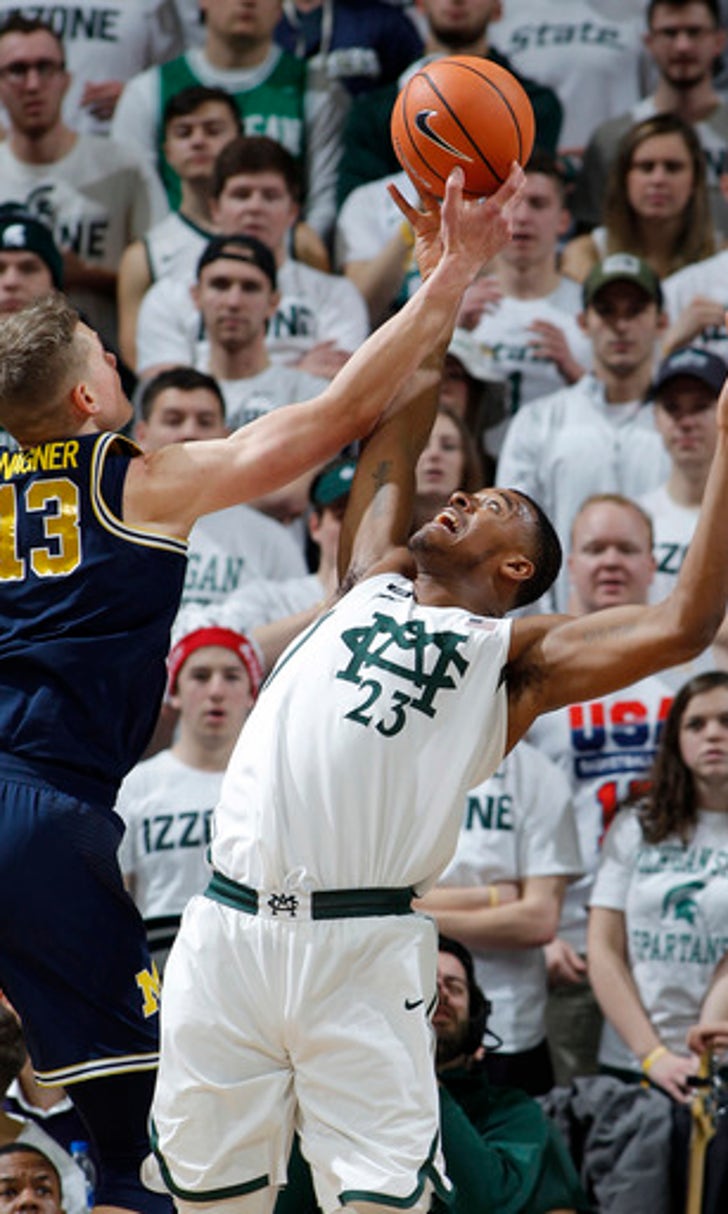 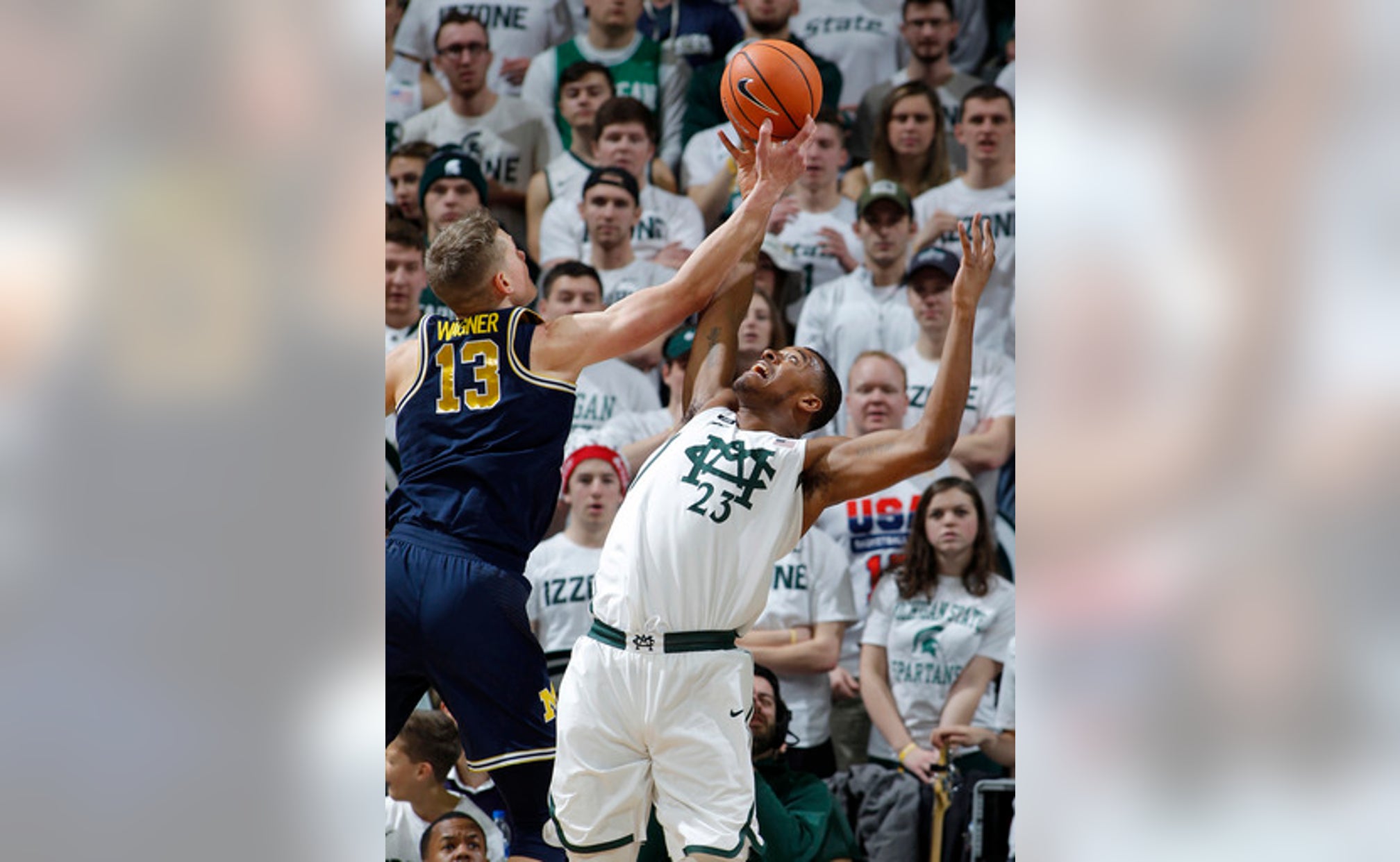 No. 4 Spartans still in a funk after loss to Michigan

EAST LANSING, Mich. (AP) Nobody ever accuses Tom Izzo of peaking in January.

Izzo's talented Michigan State team is going through its first rough stretch of the season, and the fourth-ranked Spartans couldn't pull out of their funk Saturday in an 82-72 loss to rival Michigan. When March rolls around, Michigan State will probably be a national title contender as expected, but in the past week, the Spartans have fallen behind in the Big Ten title race, and at the moment, they look nothing like the team that was on a 14-game winning streak earlier this month.

''I don't feel any different about our team,'' Izzo insisted. ''We ran into two teams that were pretty good and one team that plays hard.''

Michigan State's winning streak ended last weekend at Ohio State , then the Spartans had to go to overtime to beat Rutgers in East Lansing. There should be no questions about the team's motivation Saturday - this was the only scheduled meeting between the Spartans (16-3, 4-2 Big Ten) and Michigan this season - and that makes the loss even more alarming.

''We definitely have to cut down on the turnovers because we're giving (opponents) so many extra possessions,'' guard Joshua Langford said.

Langford scored only eight points as Michigan State tried to exploit mismatches around the basket. Michigan held its own in the paint, with Moe Wagner outscoring Nick Ward 27-4 in a matchup of starting big men.

''I love the competition. I love playing against great people,'' Wagner said. ''He's a great player. You judge how it went, and my job is to play basketball.''

Even some of Izzo's best teams have gone through their share of midseason angst, and it often seems like the adversity makes the team stronger by March. But with Purdue and Ohio State both unbeaten in conference play, the Spartans have an uphill climb if they want to win the Big Ten championship.

Cassius Winston, the Spartans' splendid point guard, had trouble against Michigan's Zavier Simpson, and Michigan State's offense was disjointed in a choppy, foul-heavy game. Winston played 31 minutes, and Izzo wondered afterward if that was too many.

''I don't think I did a very good job of subbing,'' the Michigan State coach said. ''Cassius probably played too many minutes.''

The Wolverines did a good job taking away the Spartans' transition game, and Michigan State may have been a bit too focused on getting the ball inside.

The Spartans had only three attempts from 3-point range in the first half and finished 3 of 13.

''Maybe didn't move the ball as well - we kind of stood around a little bit too much,'' Winston said. ''Should have got more movement and stuff like that.''