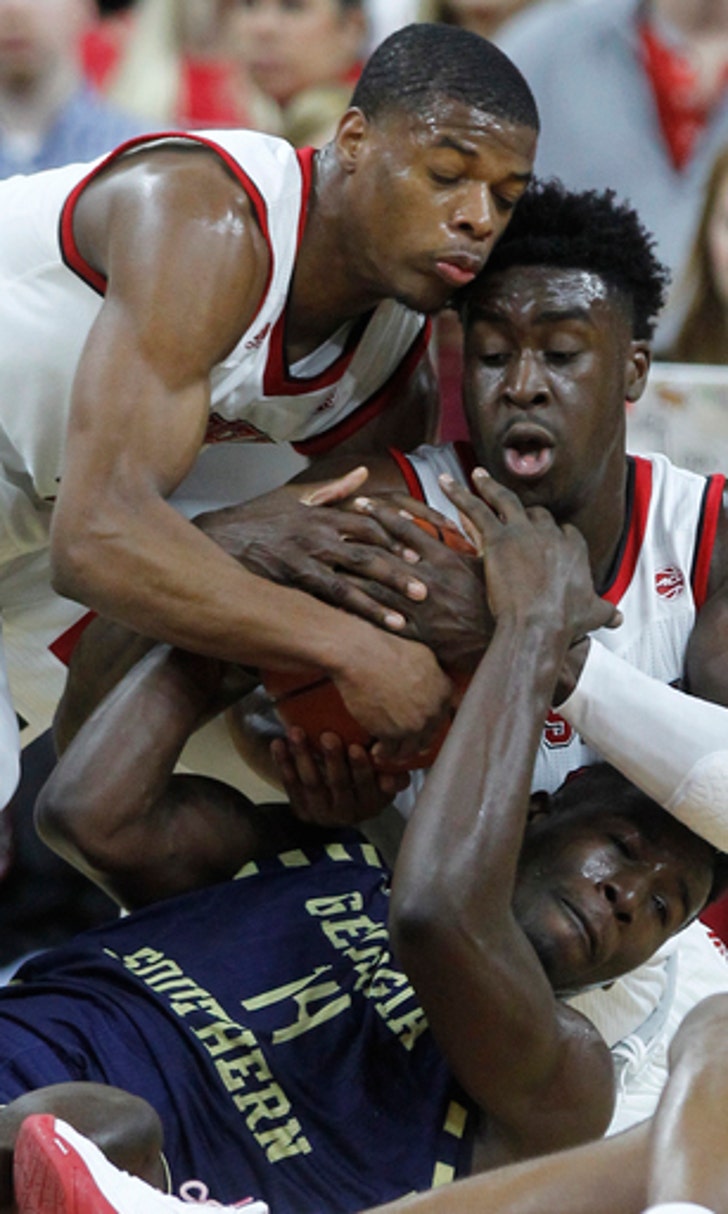 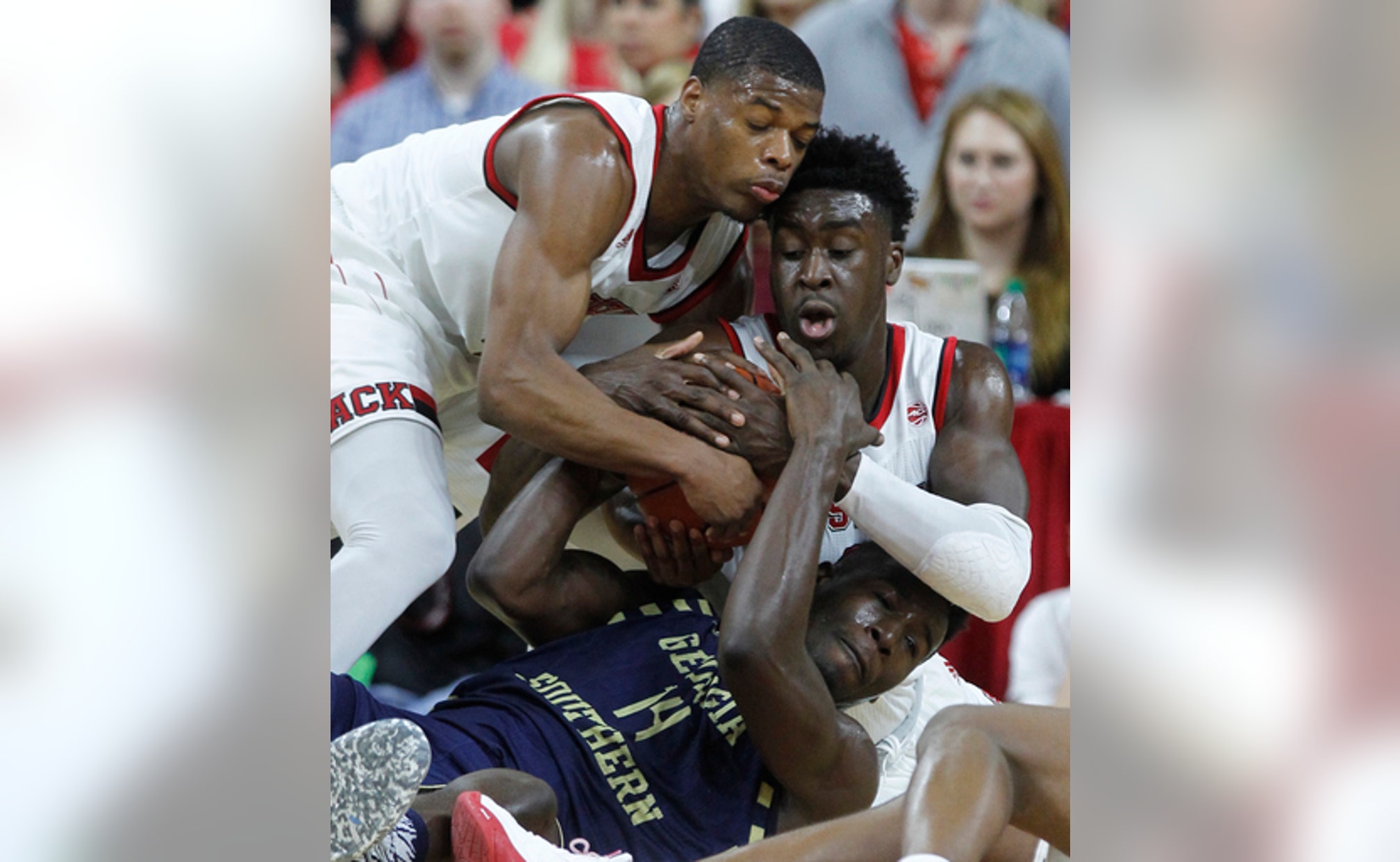 previous story
No. 7 Xavier holds on for 84-81 win over Lehigh in opener
next story
76ers get first win as Pacers fall 109-105 in overtime 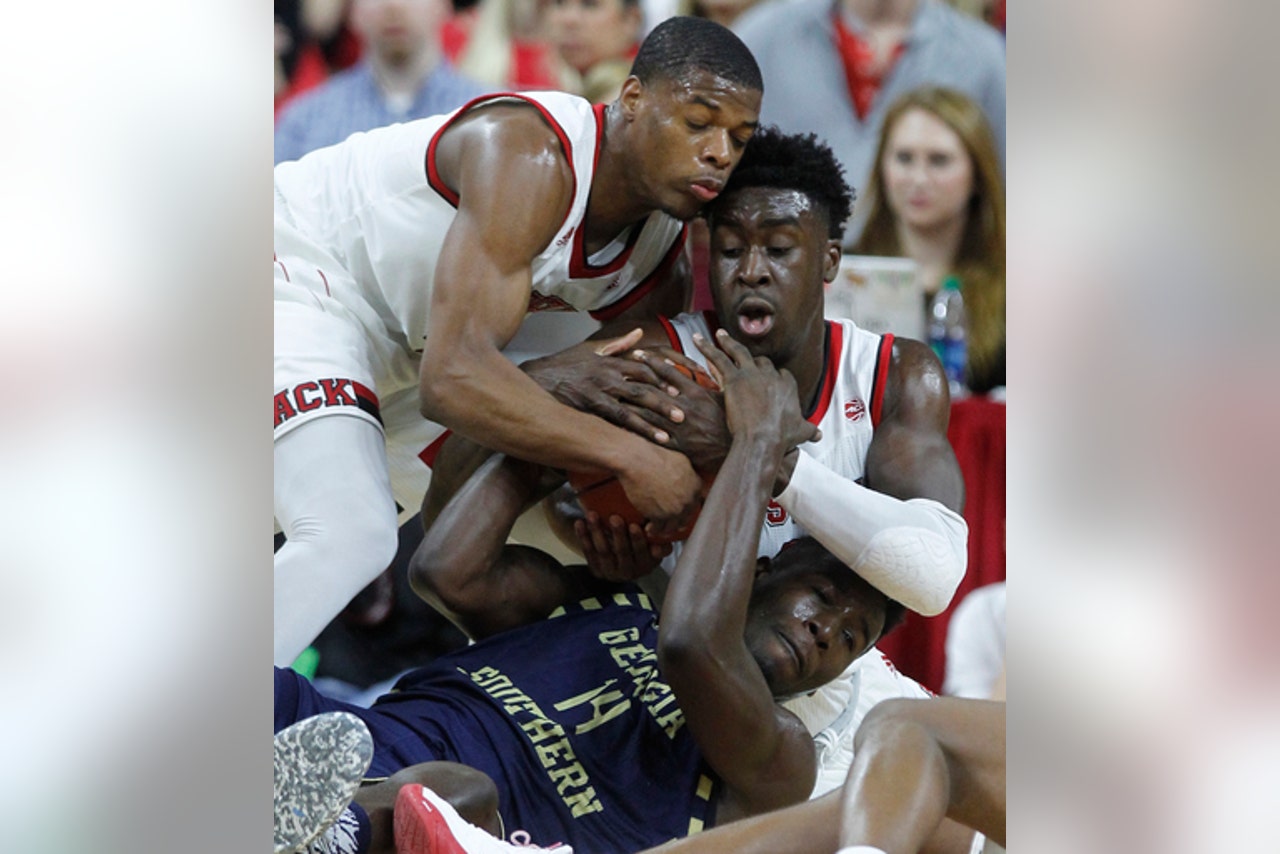 All five starters scored in double figures for the Wolfpack, who won despite shooting 4 of 24 from 3-point range.

Highly touted freshman Dennis Smith scored 11 points on 3-of-13 shooting from the field for N.C. State.

Georgia Southern led 66-60 with just over six minutes to play, but N.C. State answered with a 10-1 run to seize control.

Georgia Southern: It was an impressive effort by the Eagles, who returned all five starters and eight of their top nine players from last season. They scrapped their way to 20 offensive rebounds and appear ready to improve on their 14-17 record from last season.

N.C. State: The Wolfpack are off to a nice start after rough beginnings a year ago, when they dropped their opener and lost Henderson to a season-ending ankle injury just six minutes into the game. With three new starters, N.C. State still needs to build cohesion.

Georgia Southern hosts NAIA opponent Coastal Georgia on Monday. It's one of just two home games that the Eagles play in their first 12 contests.

N.C. State hosts St. Francis on Sunday in the season opener for the Terriers.