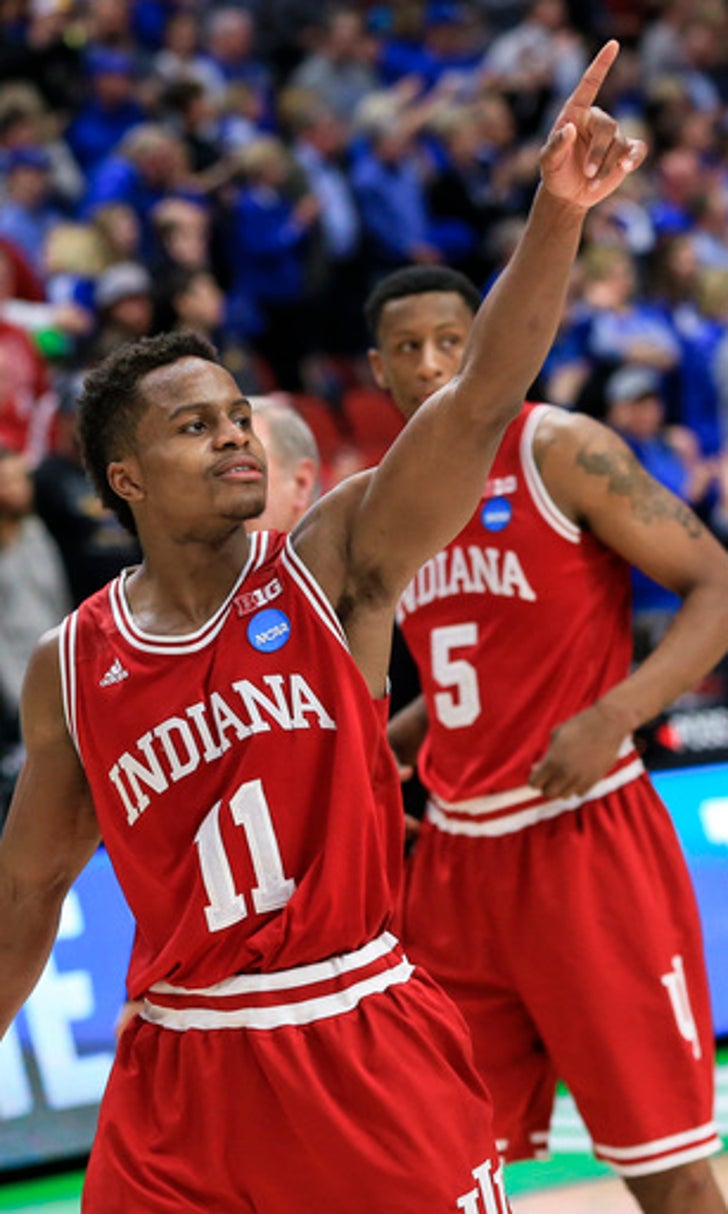 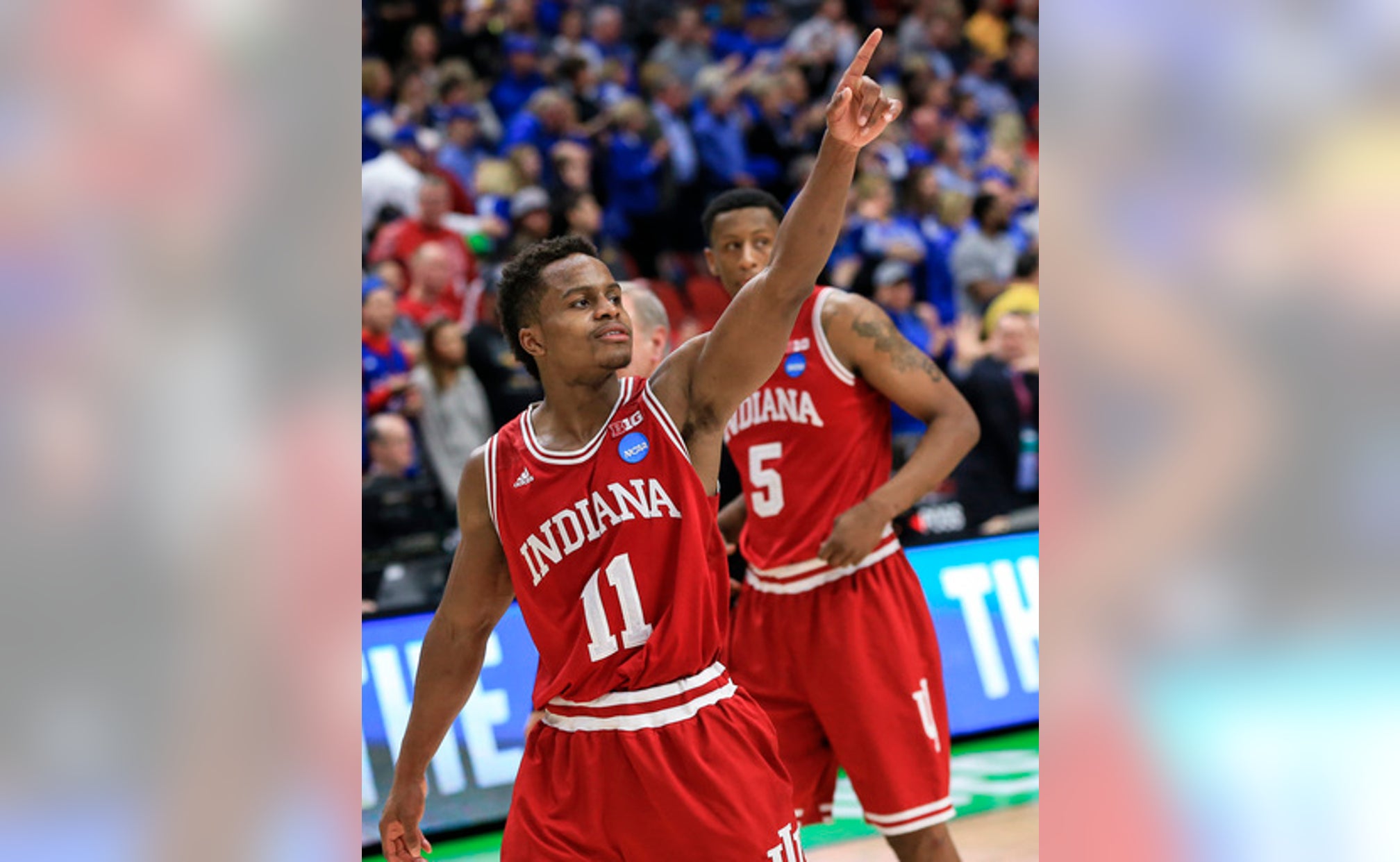 previous story
Rivera, Nottingham lead Brewers split squad past Angels
next story
Paul Pierce's ode to the NCAA Tournament is a must read 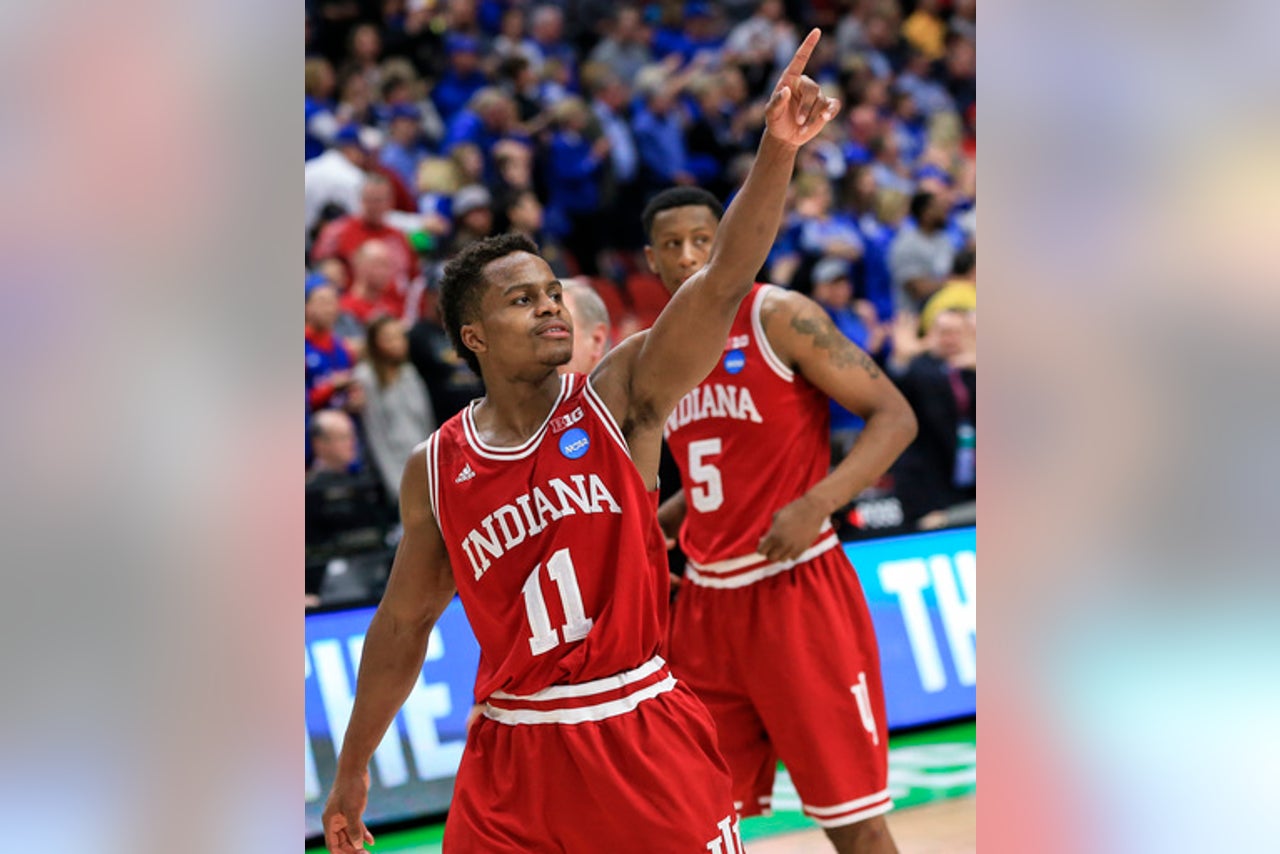 The trio of Big Ten schools left in the NCAA Tournament has forged unique paths to the Sweet 16.

Maryland was the preseason conference favorite, while Indiana was the unlikely regular-season champion.

As for the Wisconsin Badgers, just call `em the comeback kids.

Bronson Koenig's buzzer-beating 3-pointer to defeat Xavier in the second round on Sunday capped a back-and-forth tussle that encapsulated the Badgers' entire trying season.

''I'm so proud of how far we've come,'' Koenig said after the Xavier game, ''and no one really believed we'd get to this point.''

Not after Wisconsin dropped to 9-9 on Jan. 12 after falling on the road to Northwestern. Not with the team suffering a series of close defeats that had fans wondering if coach Greg Gard would stay on the job permanently after predecessor Bo Ryan retired at midseason.

More than two months later, the confidence is back. Wisconsin is two victories away from a third straight trip to the Final Four.

''Going into the tournament, the guys really believe we are going to win now. There's no, `I hope we can win, I hope the shot goes in,''' forward Nigel Hayes said.

On defense, the seventh-seeded Badgers got tougher in the last few months. The progress showed in NCAA tourney wins over Pittsburgh and Xavier.

''Defensively and then the toughness this group has developed ... probably wasn't present in this group in November, December, early January,'' coach Greg Gard said Monday. ''We would have wilted in some of the physical combat things we had in the paint earlier in the year.''

It helps to have two seasoned NCAA veterans in juniors Koenig and Hayes.

The Spartans were the most seasoned team in this year's field with 59 cumulative games of NCAA experience on their roster. The Big Ten Tournament champs were stunned in the first round by 15th-seeded Middle Tennessee State, busting brackets across the country.

Overall, the league went 8-4 after the tournament's first week, with Michigan, Iowa and Purdue joining Michigan State on the sidelines.

Some other notes about the Big Ten in the NCAAs:

CHALLENGE TIME: The league's three-team showing in the Sweet 16 doesn't compare to the Atlantic Coast Conference's historic six-team presence, though the Big Ten has a chance to send a message in the regional semifinals.

The East Region could be renamed the Big Ten-ACC postseason challenge, with sixth-seeded Notre Dame facing Wisconsin in Philadelphia on Friday, followed by fifth-seeded Indiana against top-seeded North Carolina.

In the South, fifth-seeded Maryland faces No. 1 overall seed Kansas on Thursday night.

''I know it's not the Final Four yet or national championship,'' Maryland coach Mark Turgeon said after a 73-60 win over Hawaii on Sunday, ''but to be a part of the Sweet 16 is a big step for us.''

But Turgeon likes how his team played in the Big Ten Tournament, with a win over Nebraska before a three-point loss to Michigan State in the semis. In the NCAAs, the Terps have defeated double digit-seeded teams South Dakota State and Hawaii. Turgeon said that while Maryland isn't playing its best basketball, it's getting closer.

''For what we have went through late in the season ... I'm happy for the players,'' Turgeon said.

The Hoosiers have ousted 12th-seeded Chattanooga and fourth-seeded Kentucky to make it this far.

''I feel like we've come a long way,'' guard Kevin ''Yogi'' Ferrell said. ''This is a player-driven program, and we get on each other, we hold each other accountable.''