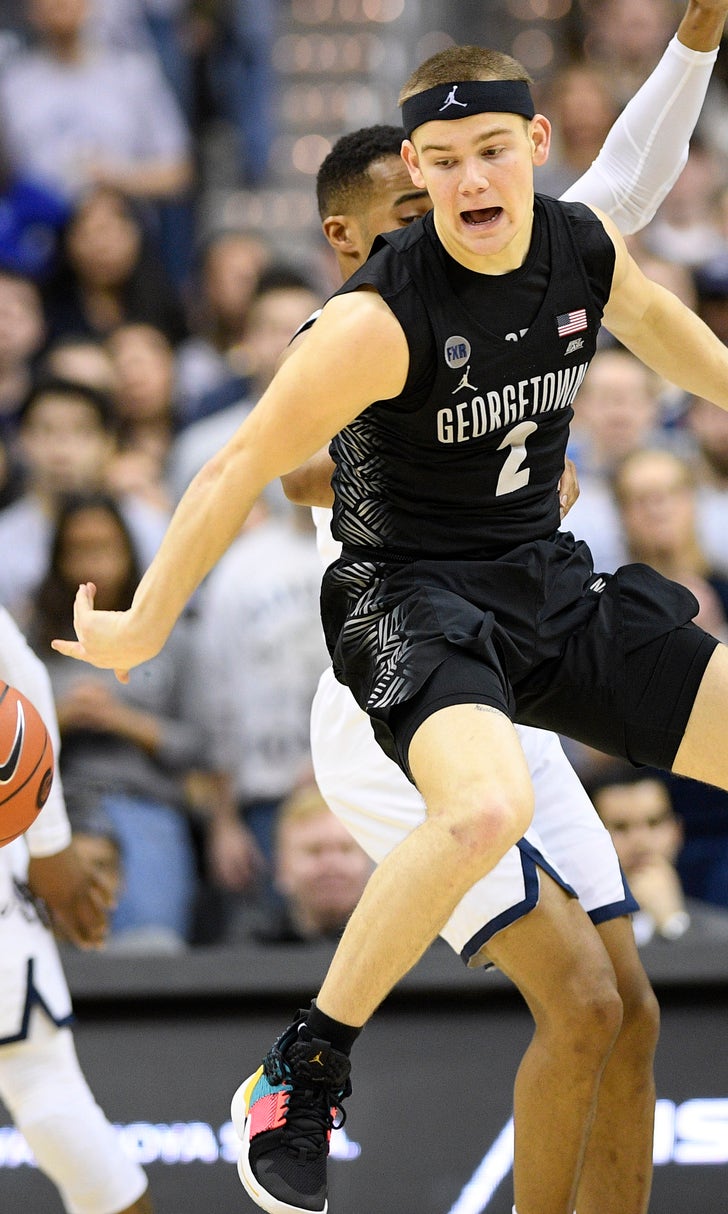 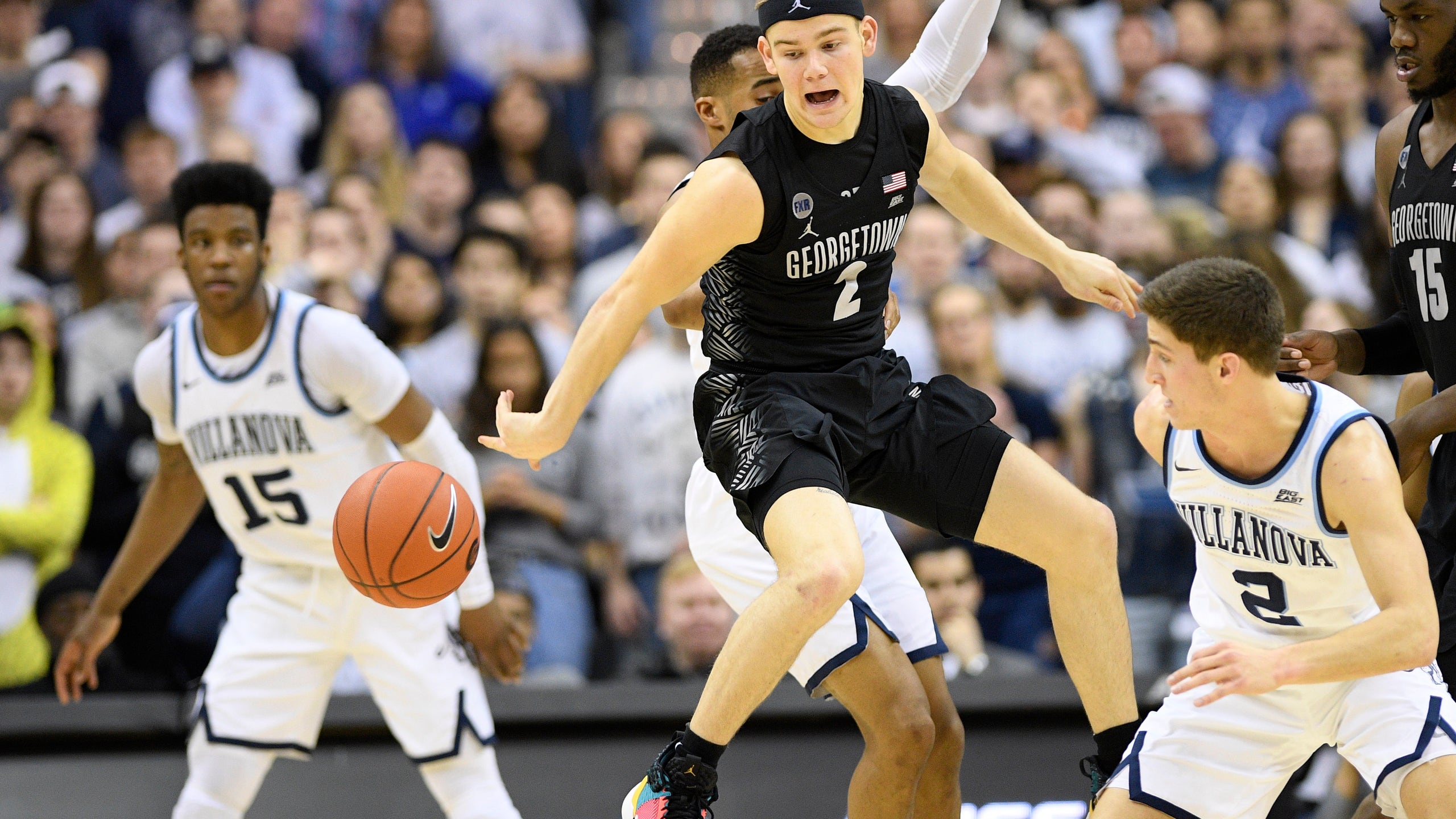 Ewing, whose collegiate career ended in a stunning loss to the Wildcats in the 1985 national championship game, earned his biggest coaching victory to date against Villanova.

Jessie Govan had 21 points and 11 rebounds, Mac McClung scored 21 points and Georgetown beat No. 17 Villanova 85-73 on Wednesday night, snapping a nine-game losing streak against the Wildcats.

"My son brought that to my attention by the way," Ewing said of the fact that he had yet to take out a ranked team, something he accomplished with regularity as a player.

James Akinjo had 10 points and nine assists as the Hoyas ended a two-game slide and beat Villanova at home for the first time since 2015.

"We have to build on this, it can't be just a one game thing," Ewing said. "We have five more games to go and our dreams and our goals are to make the NCAA Tournament."

Phil Booth had 26 points, and Eric Paschall added 16 as Villanova lost for the third time in four conference games after starting 10-0 in Big East play. Colin Gillespie scored 13 points after having a career-high 30 in the teams' first meeting.

The Hoyas took a 42-32 lead into halftime after shooting 7 of 18 from 3-point distance. McClung scored 17 of his 21 points in the first period and it was his hot start that carried Georgetown early. In the teams' first meeting, he had a poor performance, going 2 for 11 from the field and finishing with four points, well below his average of 13.

"We knew he was much better than how he played against us the first time," Villanova coach Jay Wright said.

"That allowed him to get it going, and you know, a guy like that, he's a born scorer once he gets it going. It's hard to stop."

Villanova cut the Hoyas' lead to 50-43 after Booth hit a 3-pointer, but Georgetown responded with an 8-0 run as a 3 by Govan pushed the lead to 58-43 with 13:13 left. The Wildcats never got closer than nine the rest of the way.

Georgetown shot 51 percent from the field and held Villanova to just 38 percent. The Hoyas' bench outscored the Wildcats' subs 22-9. Kaleb Johnson led the way for Georgetown with eight points.

Villanova: After winning the first four regular-season championships in the reconfigured Big East, the Wildcats are now in danger of finishing second for a second straight season after moving one game behind Marquette in the loss column.

Georgetown: The Hoyas have already surpassed last season's win total of 15 games with five games remaining before the conference tournament. Georgetown finished 5-13 in league play in each of the last two seasons.

Govan, Georgetown's leading scorer, was held scoreless in the first meeting back on Feb. 3, but responded with his league-leading eighth double-double of the season in earning his first win over Villanova.

"Last time we played they held me scoreless, so I definitely came in with a little chip on my shoulder," Govan said. "I wanted to bounce back from that game."

Villanova: Completes a three-game trip at Xavier on Sunday.

Georgetown: At Creighton on Saturday.